Yang’s presidential run was a key moment for Asian Americans 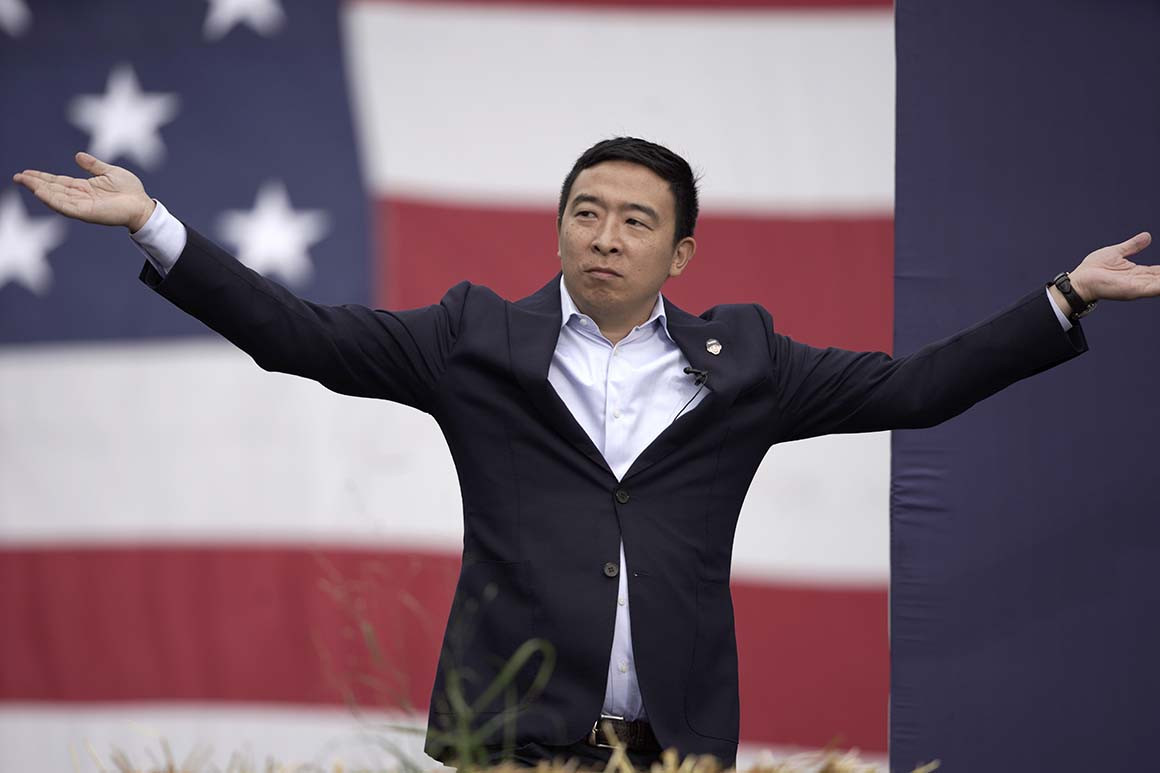 Washington (People’s Daily) - Silicon Valley entrepreneur Andrew Yang ended his White House campaign on Tuesday, after only winning 4 percent of the votes at the New Hampshire primary and 1 percent at the Iowa Democratic caucuses.

Political analysts and experts said Yang’s run was a culturally significant moment for Asian Americans. Starting from the beginning of the unknown and ending today, the Asian contender defeated a dozen candidates, including senators and former governors. During Yang’s final week on the campaign trail, the political newcomer was still garnering a consistent 4 percent at the national polls.

Yang focused his surprisingly successful long-shot campaign on a seemingly radical policy idea: universal basic income (UBI), or giving every American a no-strings-attached monthly cash payment of $1,000. Although Yang is out of the 2020 race, the push for UBI remains.

It may sound utopian, but the reality is that wages haven’t kept up with the cost of living. Such cash infusions could go a long way toward ensuring that unstable work, rising living costs, and the transition to automation do not force people to live in poverty. While the roots of this concept run through US history, with supporters including Thomas Paine and Martin Luther King Jr., Yang is rightly credited with moving the idea of unconditional cash from think tanks and academia and into living rooms across the country.

Matt Stevens, a Korean-American, who covered Yang’s campaign, said, “At first, I think, not much. Mr. Yang filed his paperwork to enter the race in the fall of 2017, but he didn’t generate any buzz until our colleague Kevin Roose wrote about his campaign months later. And even then, it took an appearance on Joe Rogan’s podcast in 2019 for people to really start to learn his name.”

Stevens said that in the beginning, Yang was talking so much about the automation of jobs held by the white working class (i.e. truckers), and because the audience for podcasts like Rogan’s is mostly white males, it was this demographic that created the foundation for his support.

As college students and other young voters started taking notice, Asian Americans began turning up in significant numbers at Yang’s political events. As they explained, they were drawn to him in part because of his race. In general, Asian Americans are otherwise disappointed that Yang dropped out, but confident that this isn’t the last they’ll hear from him.

While Yang shied away from “identity politics,” claiming it was divisive, his heritage was a topic of conversation on the campaign trail, particularly given the underrepresentation of Asian Americans in politics.

“The Yang campaign is significant even if it's over,” Anthony Ocampo, a sociologist who focuses on race, immigration, and LGBTQ issues, told NBC News.

“The optics of an Asian American candidate commanding such widespread support, both in rallies and on social media, signals to aspiring Asian American politicians that there is a pathway for them — that they can legitimately aim for the highest office in the nation,” Ocampo said.

Research from the Harvard Business Review found that Asian American white-collar professionals are the least likely to be promoted from individual roles to management, compared with other races.

Ocampo, a sociology professor at Cal Poly Pomona, noted that Yang’s longevity in the race and viability was important, given that Asian Americans have historically been stereotyped as good workers and not leaders.

“Asian Americans have seen time and again the way society sees them as qualified workers, but not necessarily qualified leaders,” Ocampo said.

“That's what's so problematic about the Asian American model minority myth — implicit in it is the idea that Asian Americans will stay in line and not rock the boat too much. Yang running for the highest office in the land breaks barriers in the sense that he wholeheartedly believes in his electability,” Ocampo explained.

Despite Yang’s background, Asian Americans had mixed feelings about him and his campaign, particularly as he leaned on Asian jokes to garner support. In the September Democratic debate, Yang quipped that he is “Asian, so I know a lot of doctors.” Even Yang’s campaign slogan, “Make America Think Harder,” was often referred to as “MATH.” Critics said the shtick perpetuated the “model minority myth,” claiming it wasn’t a harmless offense.

Yang’s political journey to the White House is over for now, but several leaders are working on policies to put more money back into the hands of the poor and middle class. On Capitol Hill, Senator Kamala Harris of California, and House Representatives Rashida Tlaib of Michigan, Bonnie Watson Coleman of New Jersey, and Gwen Moore of Wisconsin make up a kind of “Cash Squad.”