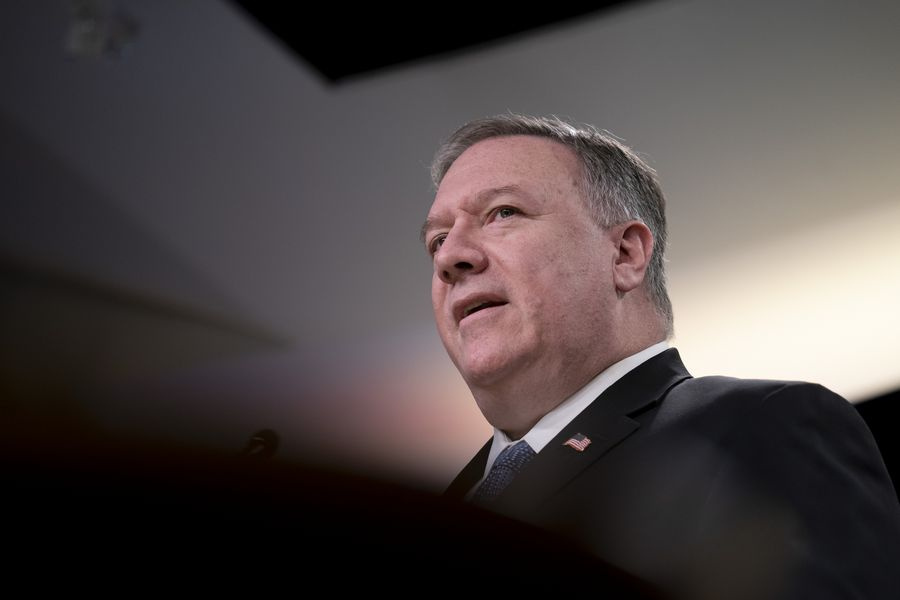 US Secretary of State Mike Pompeo speaks during a press briefing in Washington DC, the United States, March 5, 2020. (Photo:Xinhua)

It seems that not content with making work for idle hands, the Devil will also dabble with tongues when he can. That at least would appear to be the only reason why US Secretary of State Mike Pompeo would keep making remarks on matters that are really none of his concern.

This time, and not for the first time, the top US diplomat has been offering his two cents on something related to Hong Kong, reproaching HSBC for backing the planned national security legislation for the special administrative region.

Such "corporate kowtows", he said, got little in return from Beijing. Which seems more revealing of how Washington operates than the motives of the British bank, which having been established in 1865 to finance the growing trade between Europe and China has had an interest in Hong Kong affairs for a lot longer than Pompeo (whose cheerleading for those indulging in vandalism and violence in the SAR is a comparatively brand-new hobbyhorse).

HSBC not only knows that the demands of the radicals are either far-fetched delusions of grandeur or against the law, it also knows how damaging the social turmoil has been to Hong Kong's economy. It knows the legislation is needed.

Pompeo's political coercion targeting nonpolitical entities is nothing new in itself, as the tactic has been applied to companies, institutes and universities blacklisted by Washington from non-ally countries. But that he felt no qualms about targeting a business from the United Kingdom offers some food for thought, as it shows that in the eyes of the White House, it is by any means necessary when it comes to containing China, even its allies' interests are expendable.

The concern expressed by Pompeo for Hong Kong has been demonstrated in other ways by those in Washington since the SAR became mired in violence - laws, bills, and policies, as well as many statements and speeches - solicitude that is in stark contrast with their collective indifference to what is happening at home.

By putting pressure on the British bank and its Asia-Pacific CEO, Pompeo is trying to warn other foreign companies operating in Hong Kong and their executives, reminding them of whose side they should take, even though what the US is championing is turmoil in the city.

His comments speak volumes about what Washington's idle hands are doing in Hong Kong, and why the national security legislation is needed.

As a spokesperson for China's Foreign Ministry said, the legislation has become a sort of litmus test. Those aspiring for Hong Kong's long-term well-being support the legislation while those willing to turn the city upside down for their personal amusement oppose it.

As HSBC and other foreign businesses have acknowledged, the current situation makes it imperative to establish and improve national security and law enforcement mechanisms for Hong Kong. Shouldering its responsibilities under the "one country, two systems" framework, the National People's Congress has done exactly that.