OPINIONS You cannot make money from China while insulting the country

You cannot make money from China while insulting the country 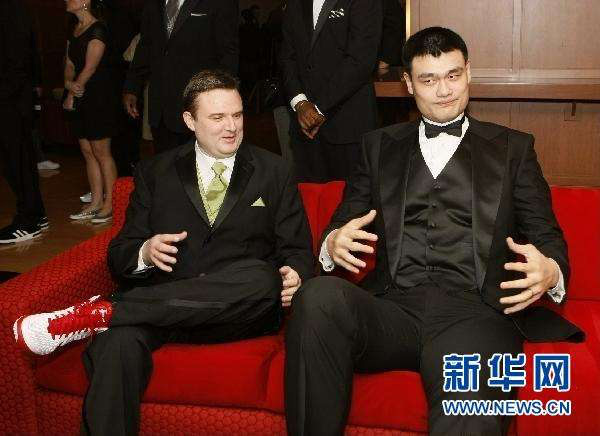 Have you ever heard of Yao Ming? This Chinese basketball player became an international star for the NBA’s Houston Rockets, helping the professional basketball league gain popularity and influence in China and around the globe. Thanks to Yao Ming, the Rockets reaped the benefits of the huge Chinese market.

Morey posted the message on the morning of Oct. 5, following a very dark night of chaos and violence in the special administrative region of Hong Kong, as radical protesters conducted extreme acts to paralyze the city and terrify its residents.

Since June, radical protesters in Hong Kong have escalated their violence against police officers and even ordinary people. They have repeatedly defaced and burned the national flag and have even called on foreign governments to interfere in Hong Kong’s affairs, challenging China’s national sovereignty and security and violating the bottom line of the “One Country, Two Systems” framework.

Week after week, radical protesters have thrown petrol bombs and bricks at police in Hong Kong, destroyed businesses, set fires, shut down the mass transportation system, and have even attacked Mandarin-speaking Chinese.

Morey ignored all this and stood with the mob.

His move shows that the Rockets is two-faced: make money from China but also attack China.

The message he posted on social media is exactly the slogan that certain demonstrators in Hong Kong have shouted in their effort to challenge the “One Country, Two Systems” model and try to split Hong Kong from the mainland.

It is not hard to see what Morey meant to say with this move, and his wrong and shameful post on social media quickly attracted attention. In response to the huge backlash, Morey removed it. Despite this, Morey’s comment has made Chinese fans angry. Under his other posts, thousands of netizens have responded to his support for the radical protesters in Hong Kong who are trying to tear the country apart with extreme violence, and many netizens have reminded him that Hong Kong is a part of China.

In response, Rockets owner Tilman Fertitta said that Morey “does NOT speak for the Houston Rockets,” and he stressed that they “are NOT a political organization.” Despite his effort to distance the team from Morey, we are still face with the situation that Morey has clearly offended Rockets fans in China.

On Weibo, well-known basketball commentator Yang Yi expressed his opinion on this. He wrote that some institutions, like the one Morey serves in, have long gained from China, pointing out that Rockets have received countless sponsors from China in the past 17 years and ESPN has made at least $10 million per year in China in the past four years. China should make them a price, Yang said, concluding, “You cannot make money from China while insulting the country.”

Businesspeople all over the world should know that Hong Kong is a part of China, and anyone who touches the bottom line of the Chinese people should not get away with it.