‘Blue flames’ spewing out of volcano in Indonesia stun travelers 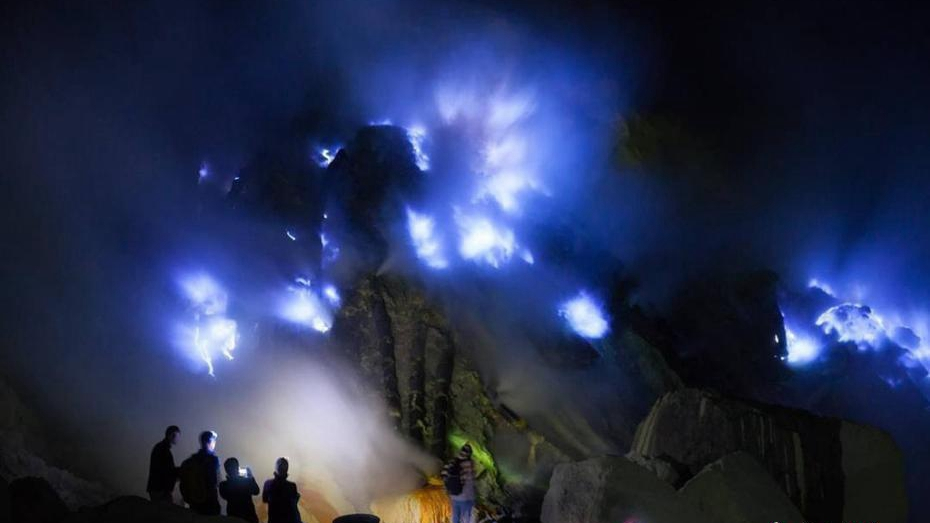 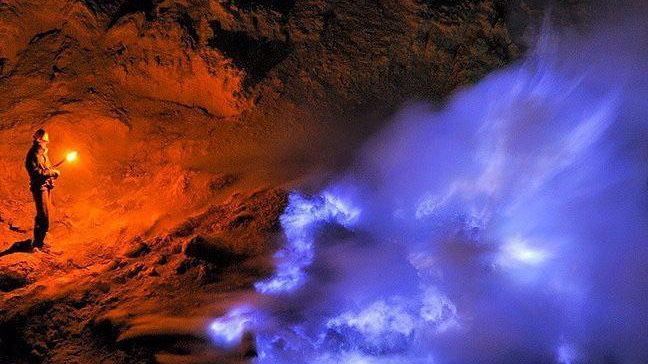 Tourists had to travel for two hours to catch a glimpse of the nearly five-meter-high flames. /VCG Photo

The blue flames are not actually lava. The blue glow comes from high levels of sulphuric gas in the volcano. When the gas is exposed to oxygen in the air and burned by the lava, it emits a blue light. /VCG Photo 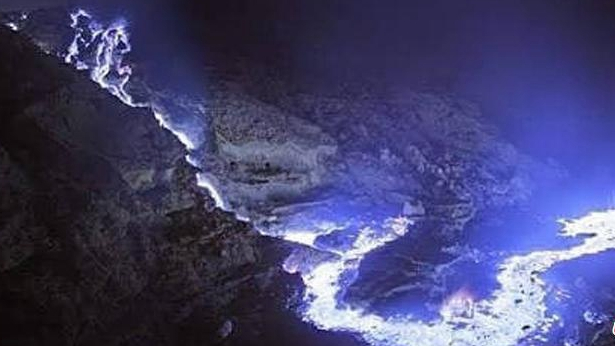 Kawah's Ijen volcano is one of a handful in the world where blue lights could be spotted. Other similar volcanoes are located in Iceland. /VCG Photo