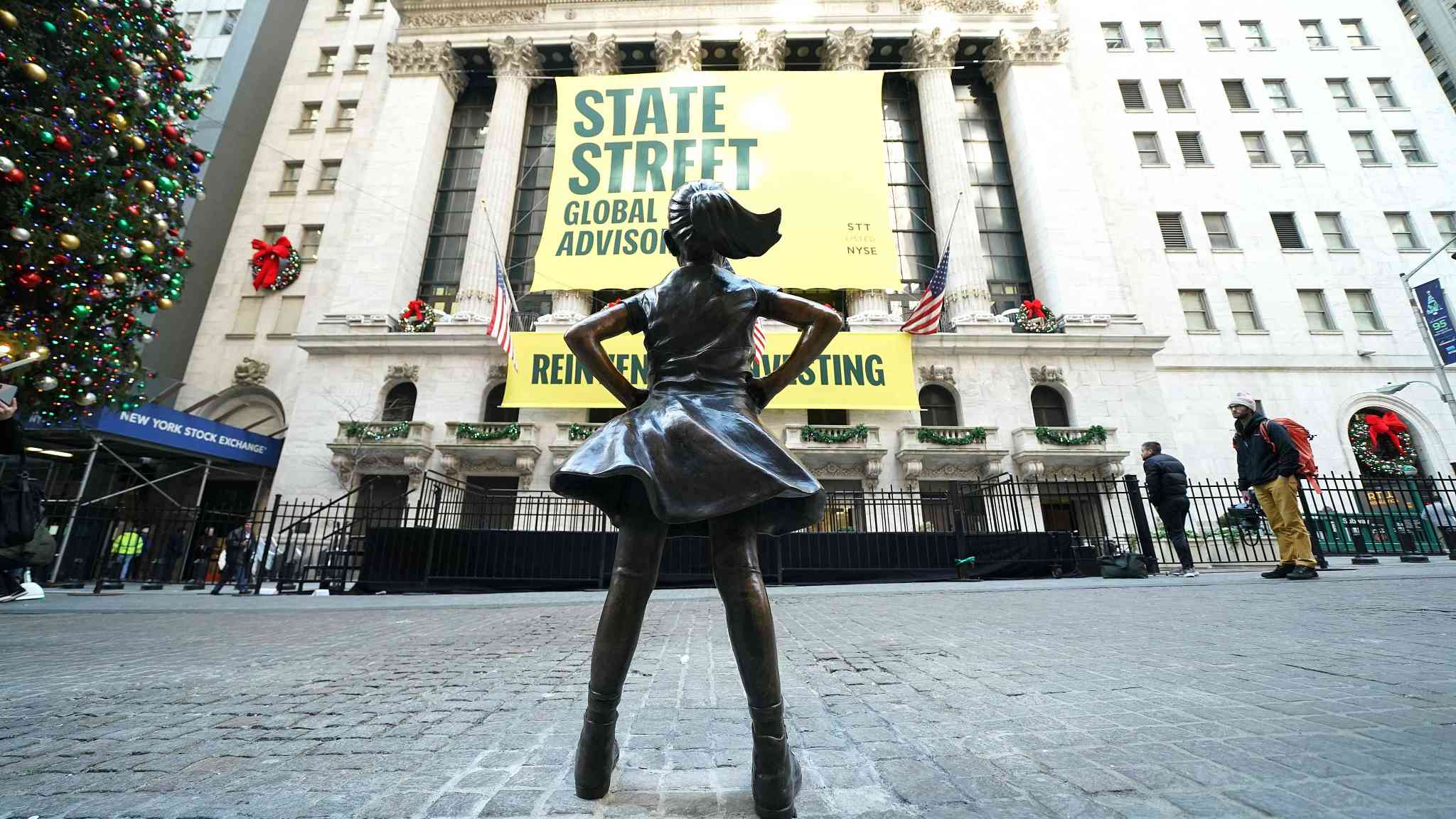 The "Fearless Girl" statue in New York City, U.S. that once stood against the Charging Bull statue of Wall Street, is permanently relocated to her new home on Monday facing the New York Stock Exchange (NYSE). /VCG Photo 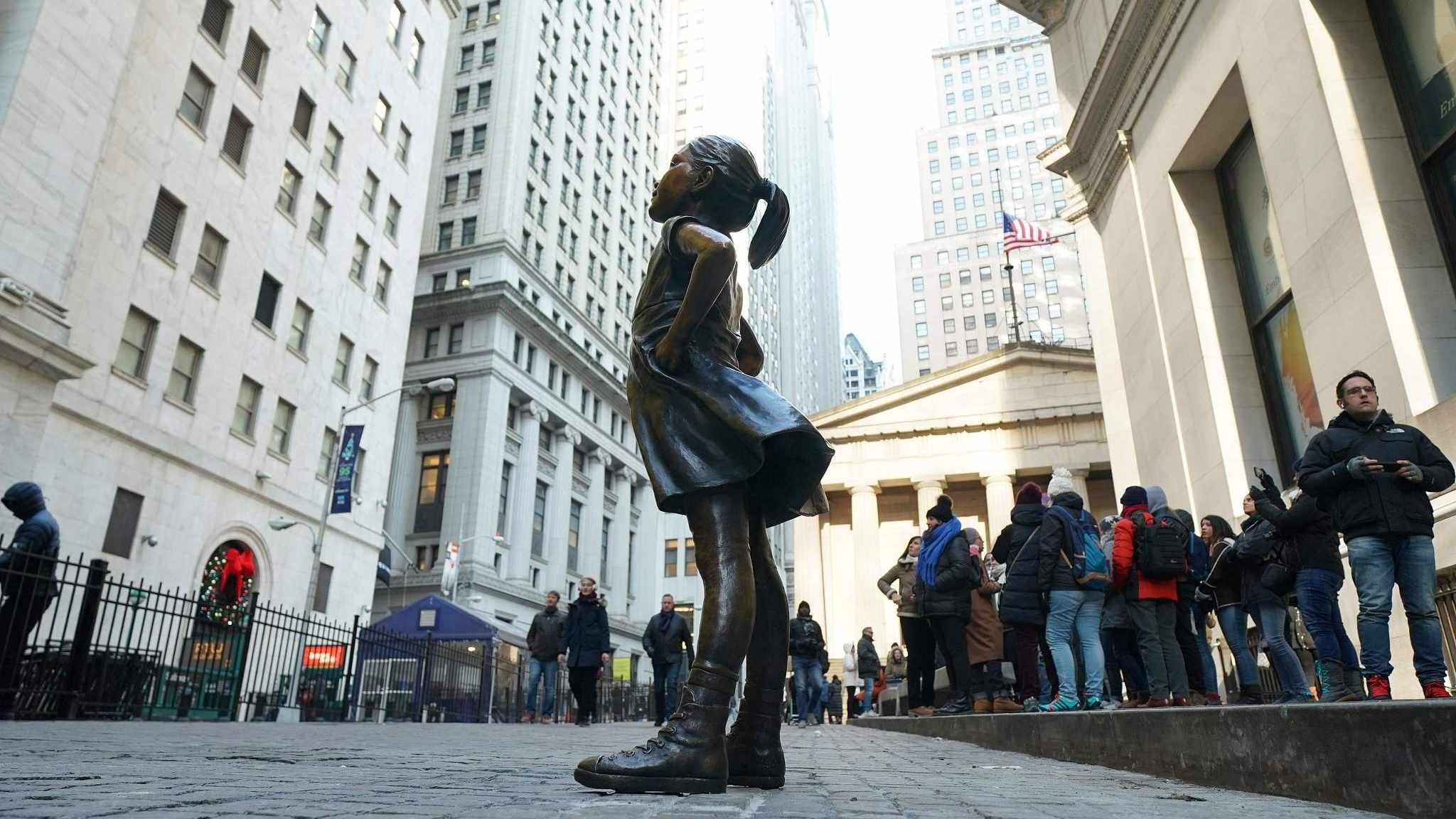 The 1.2-meter bronze statue, created by sculptor Kristen Visbal, depicts a young girl looking determined and standing with hands on her hips and ponytail windswept to the side. /VCG Photo

The little girl is an instant tourist sensation, and has become a symbol for women in leadership and ignited global conversations about female empowerment in the context of corporate America, after its debut in the New York's financial district on the 2017 International Women's Day. /VCG Photo