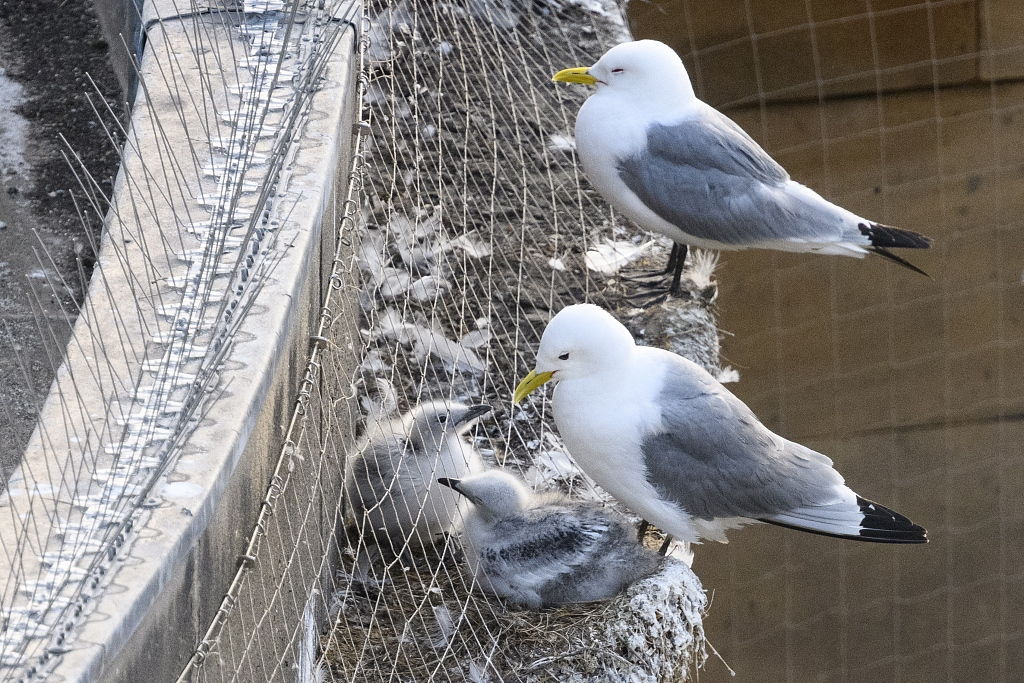 A staggering number of 100,000 people have signed a petition demanding the removal of controversial netting from buildings which has "killed dozens of endangered birds" at Newcastle Quayside, Britain. (Photos: CGTN) 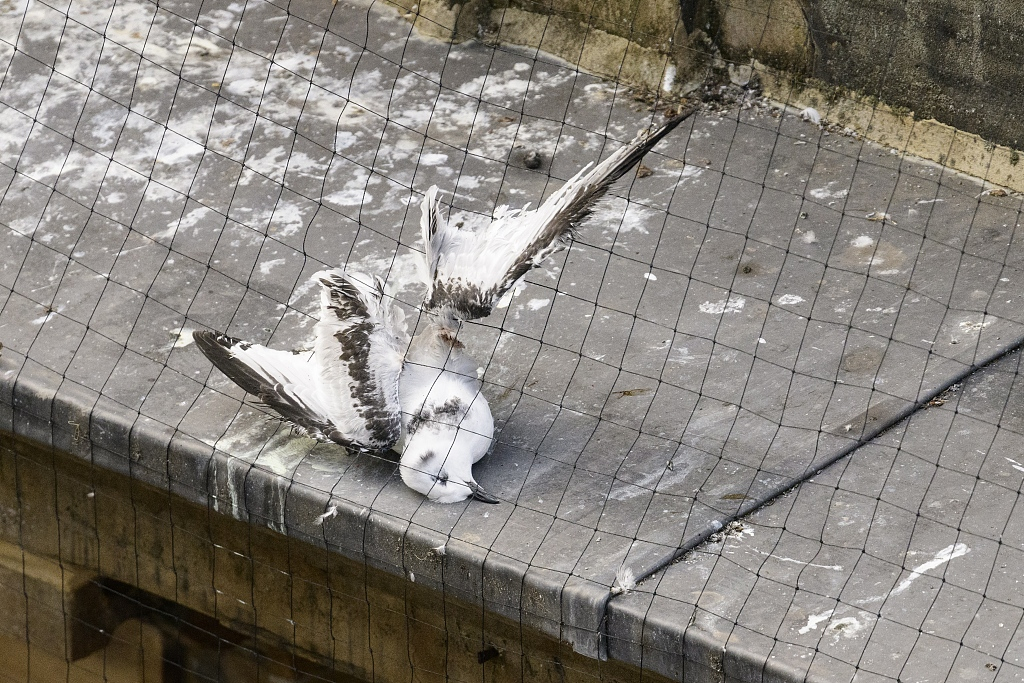 John Anderson, founder of Blyth Wildlife Rescue, said the netting was put up to discourage birds from nesting on the front of Quayside buildings. However, the creatures were managing to become trapped. 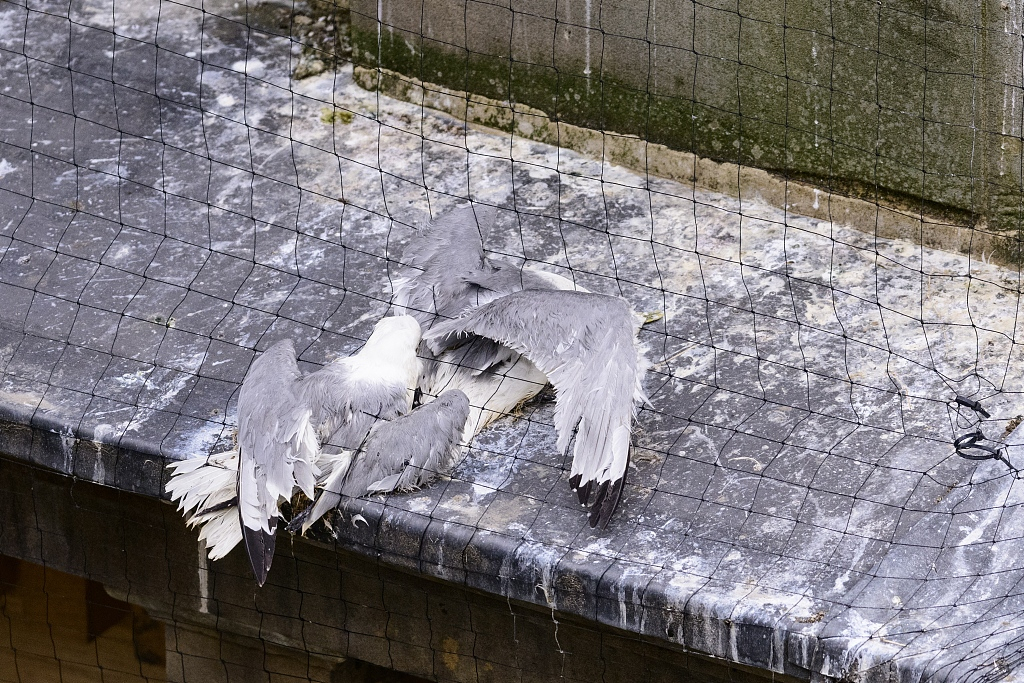 Two dead kittiwakes have been caught in the netting. They spent hours trying to escape before dying from exhaustion and starvation. 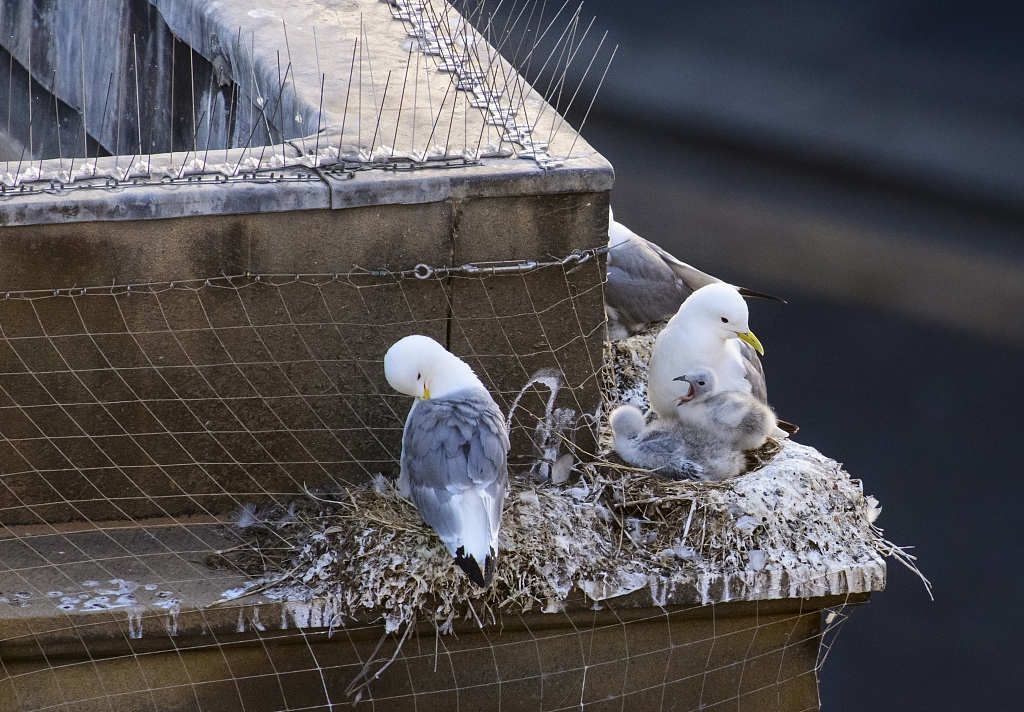