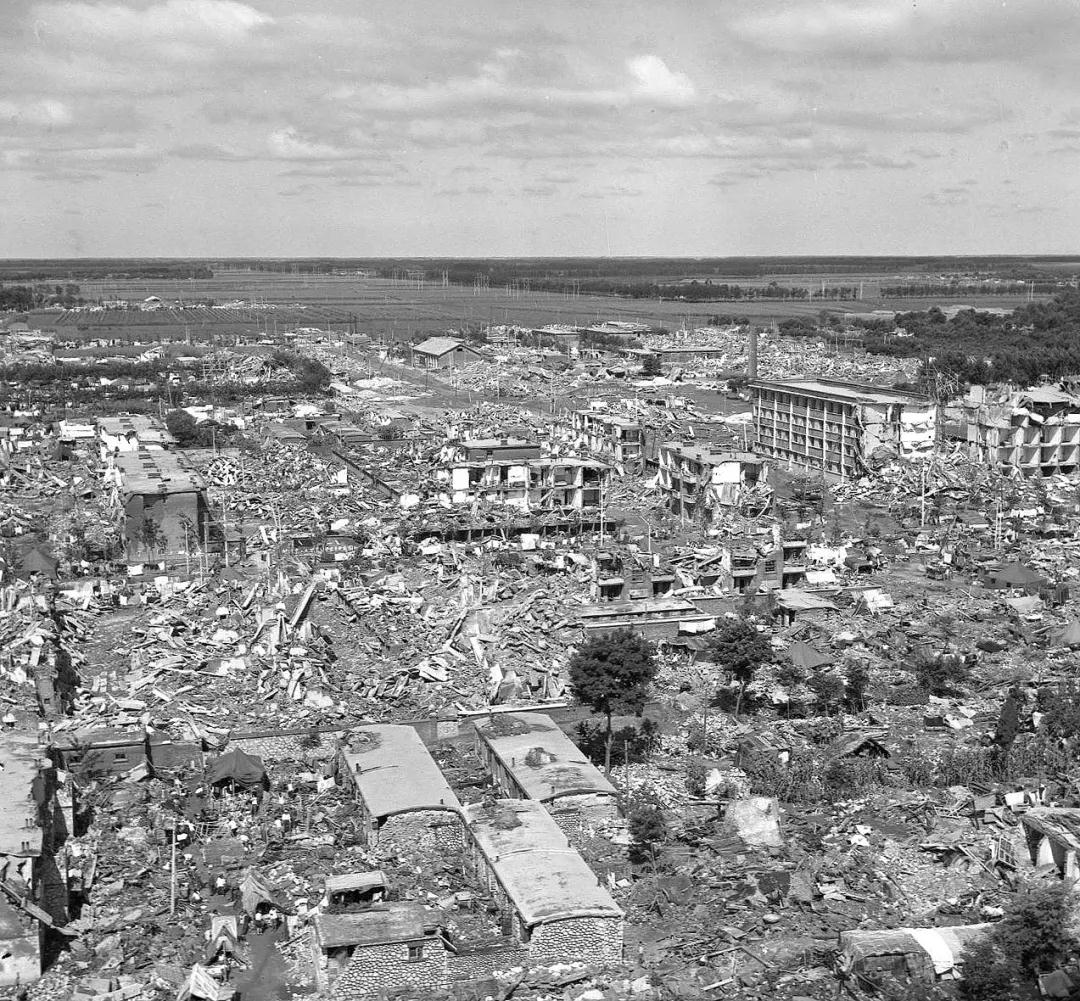 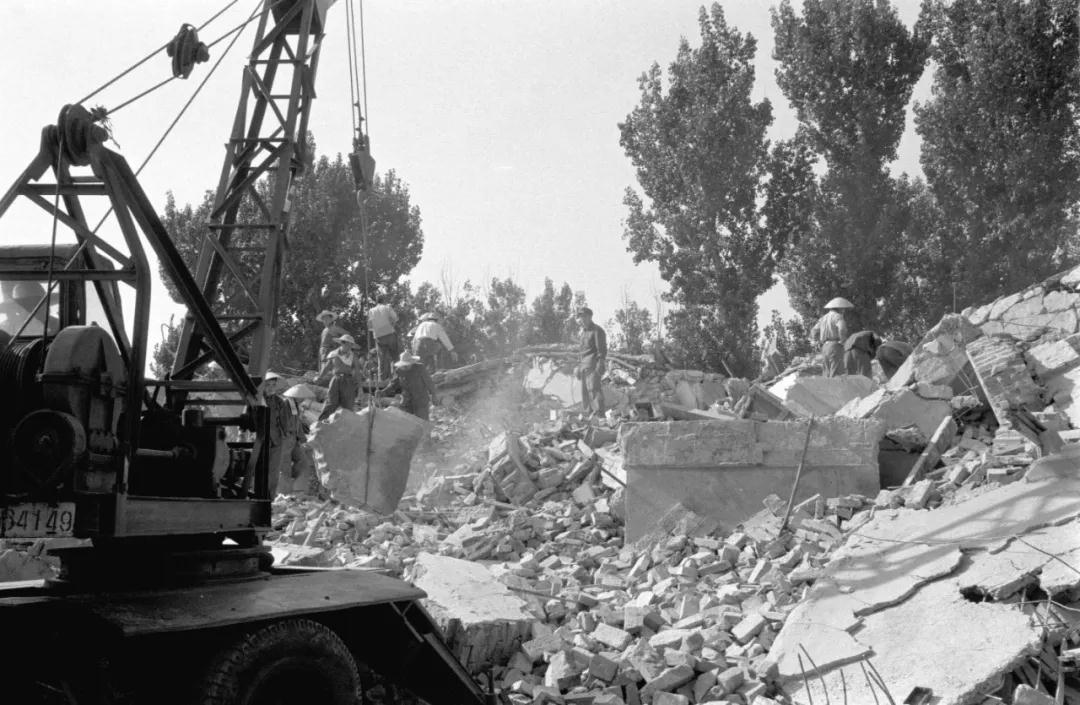 A college dormitory in Tangshan was destroyed during the great earthquake on July 28, 1976. 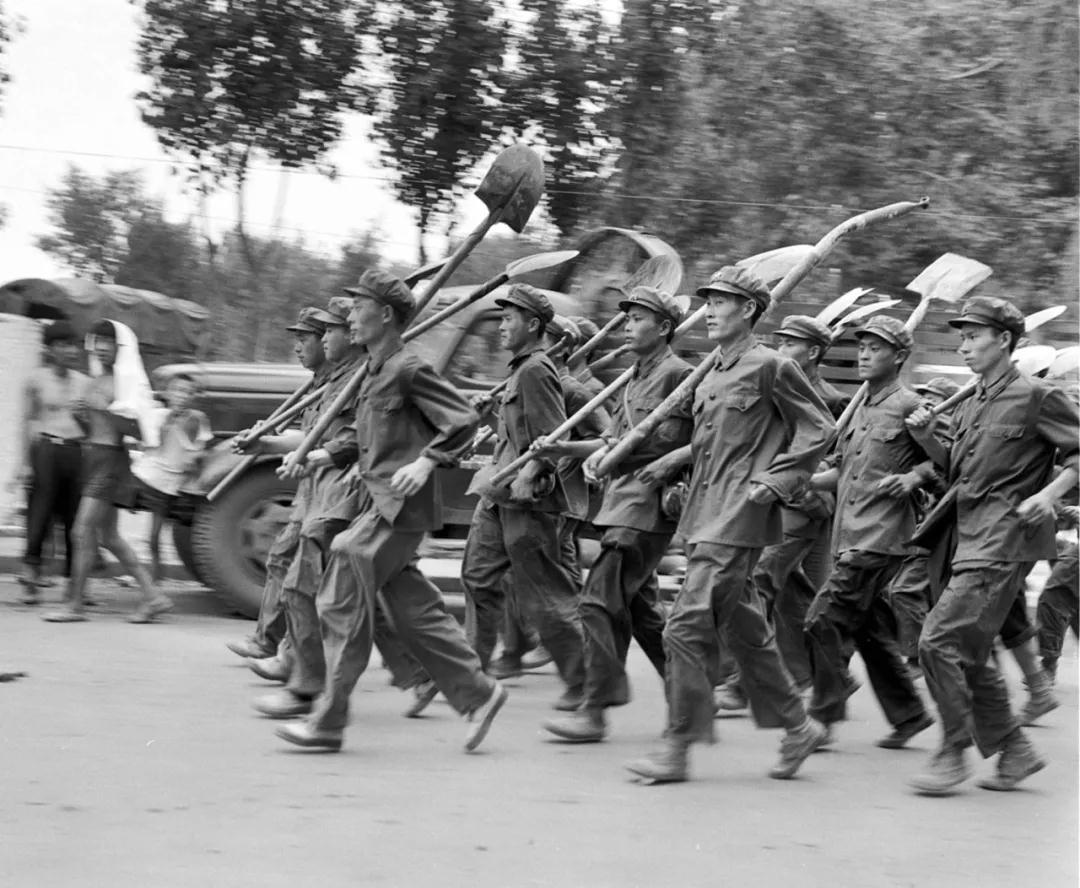 The People's Liberation Army soldiers were deployed to the affected areas after the earthquake to rescue people and their property on August 1, 1976. 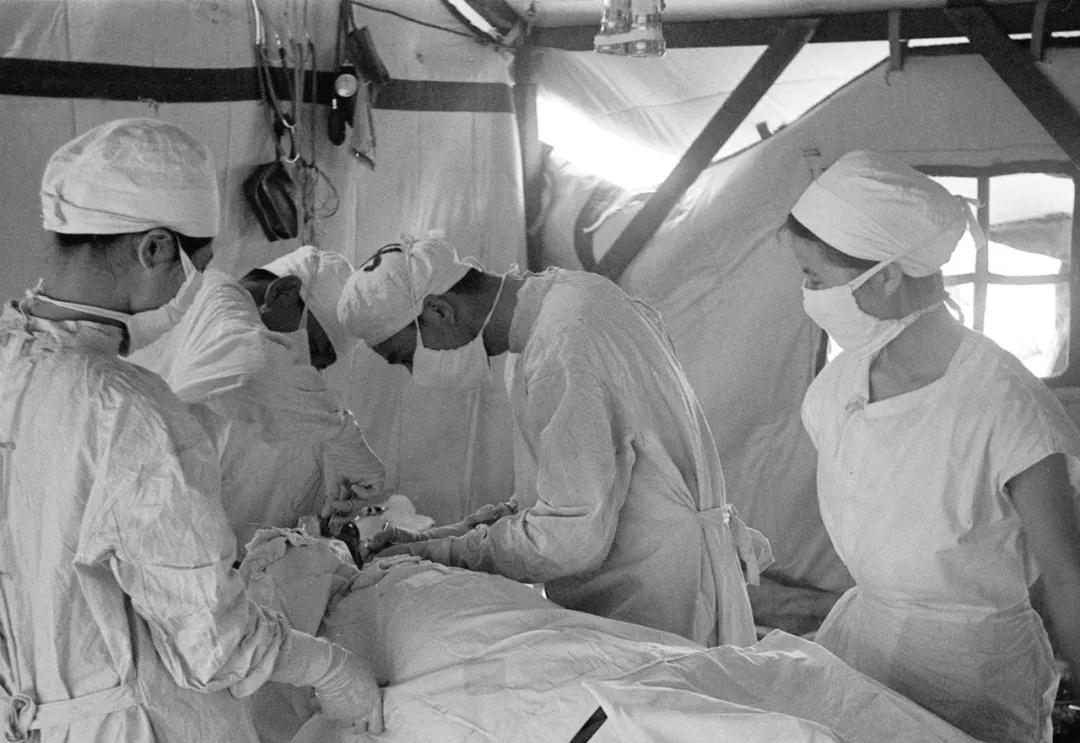 Medical staff continue to perform operations in the earthquake affected areas on August 1, 1976. 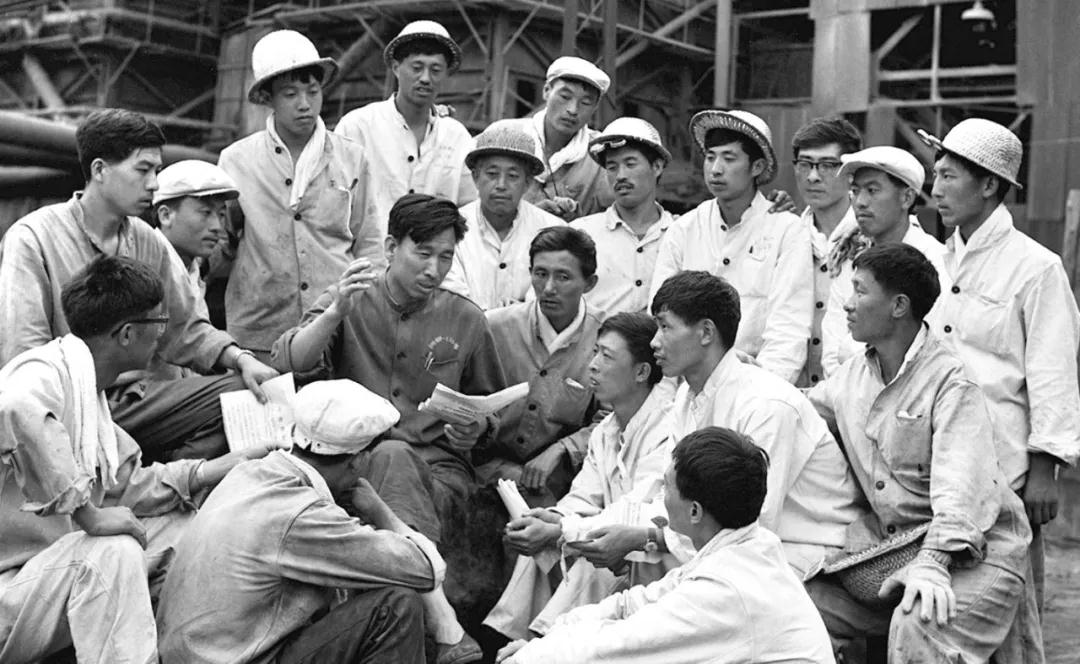 A photo of 17 students, who were participating in internships at a Tangshan iron and steel company immediately joined rescue efforts after escaping danger, was released on August 25, 1976. They worked 60 hours straight and only ate three meals in that time. 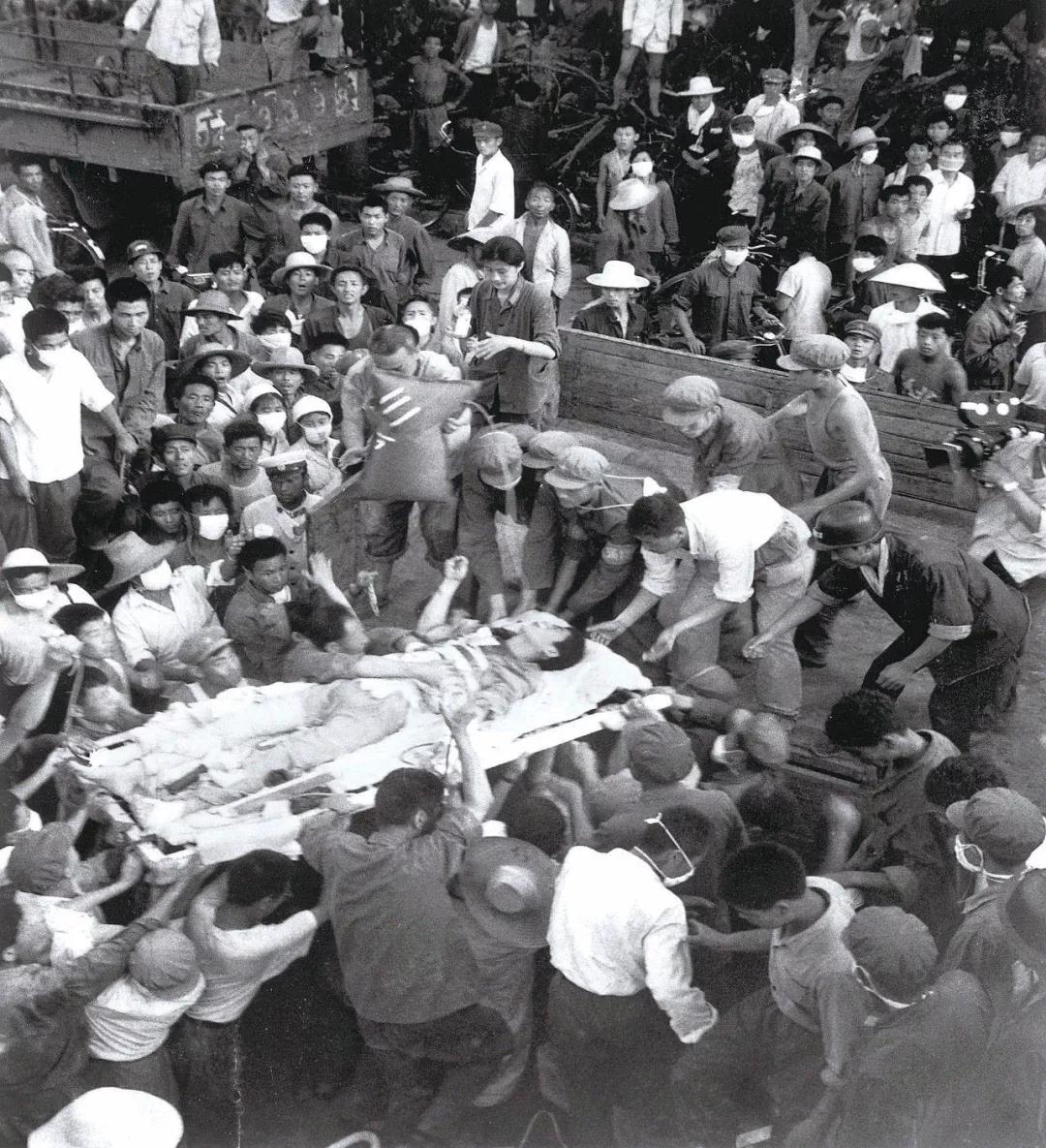 A young miner named Wang Shubin is rescued by the People’s Liberation Army soldiers from the debris eight days after the earthquake. 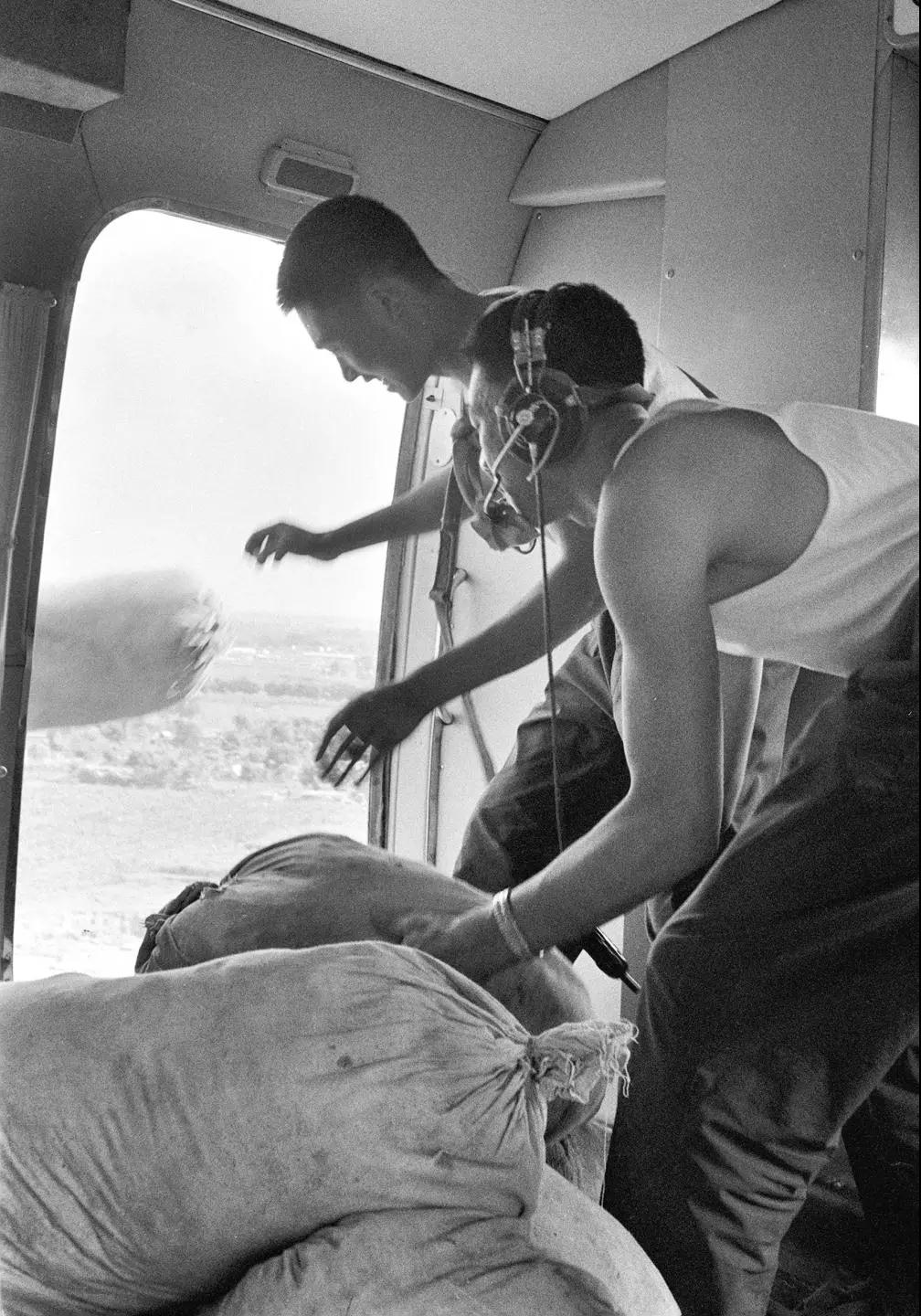 PLA soldiers distribute relief materials to the people affected by the earthquake on August 1, 1976. 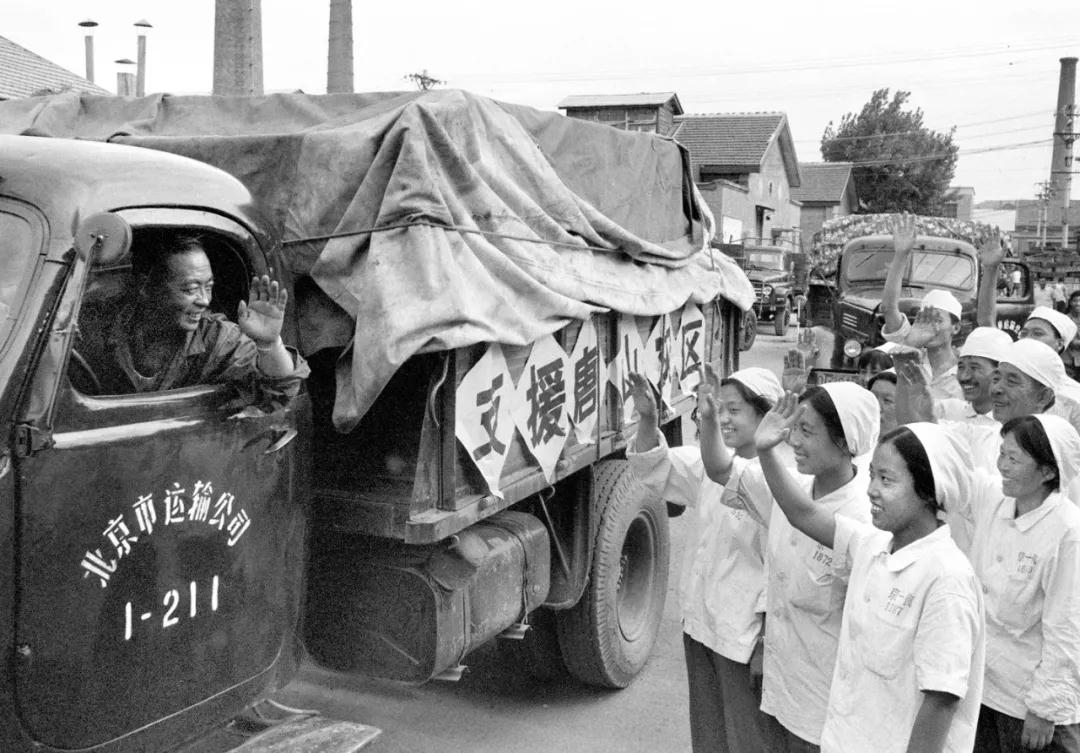 A worker from a Beijing food factory drives a relief vehicle full of bread and biscuits to Tangshan on August 1, 1976. 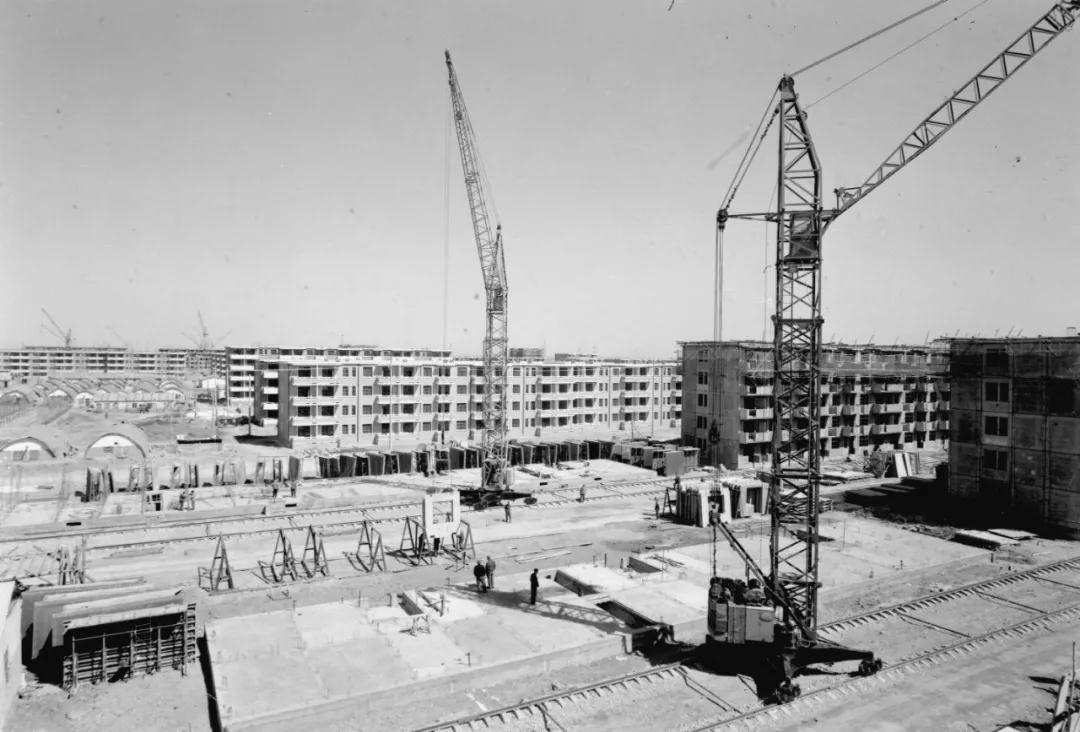 Construction crews get busy with the large-scale reconstruction of Tangshan on April 4, 1980. 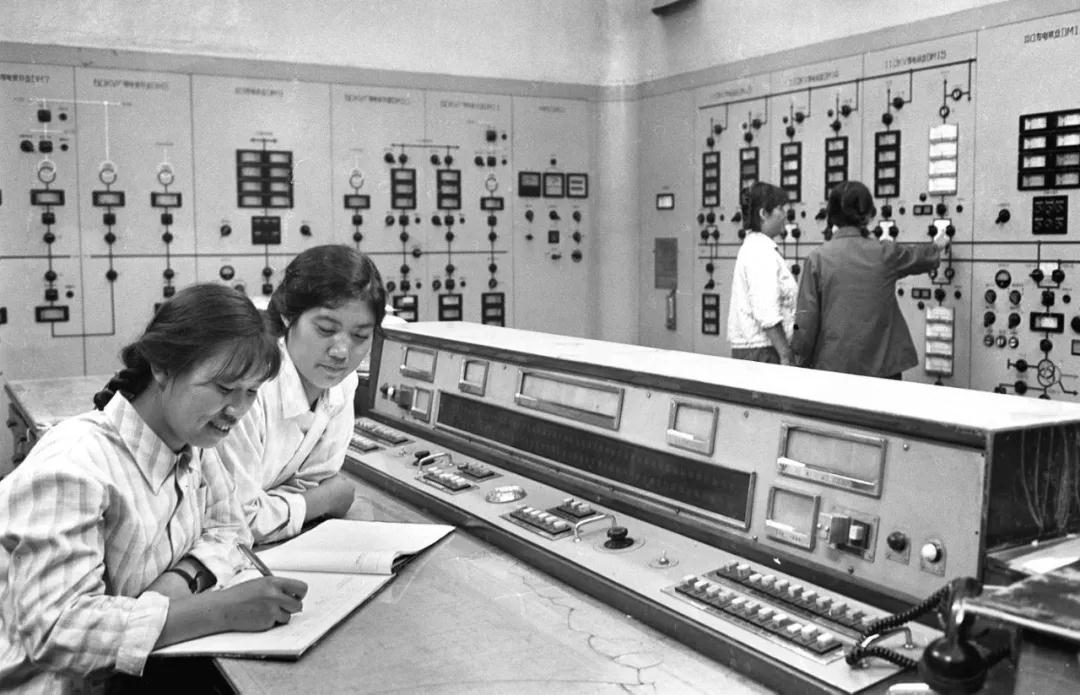 Workers return to their positions at the Tangshan Power Station on August 26, 1976, shortly after the earthquake. 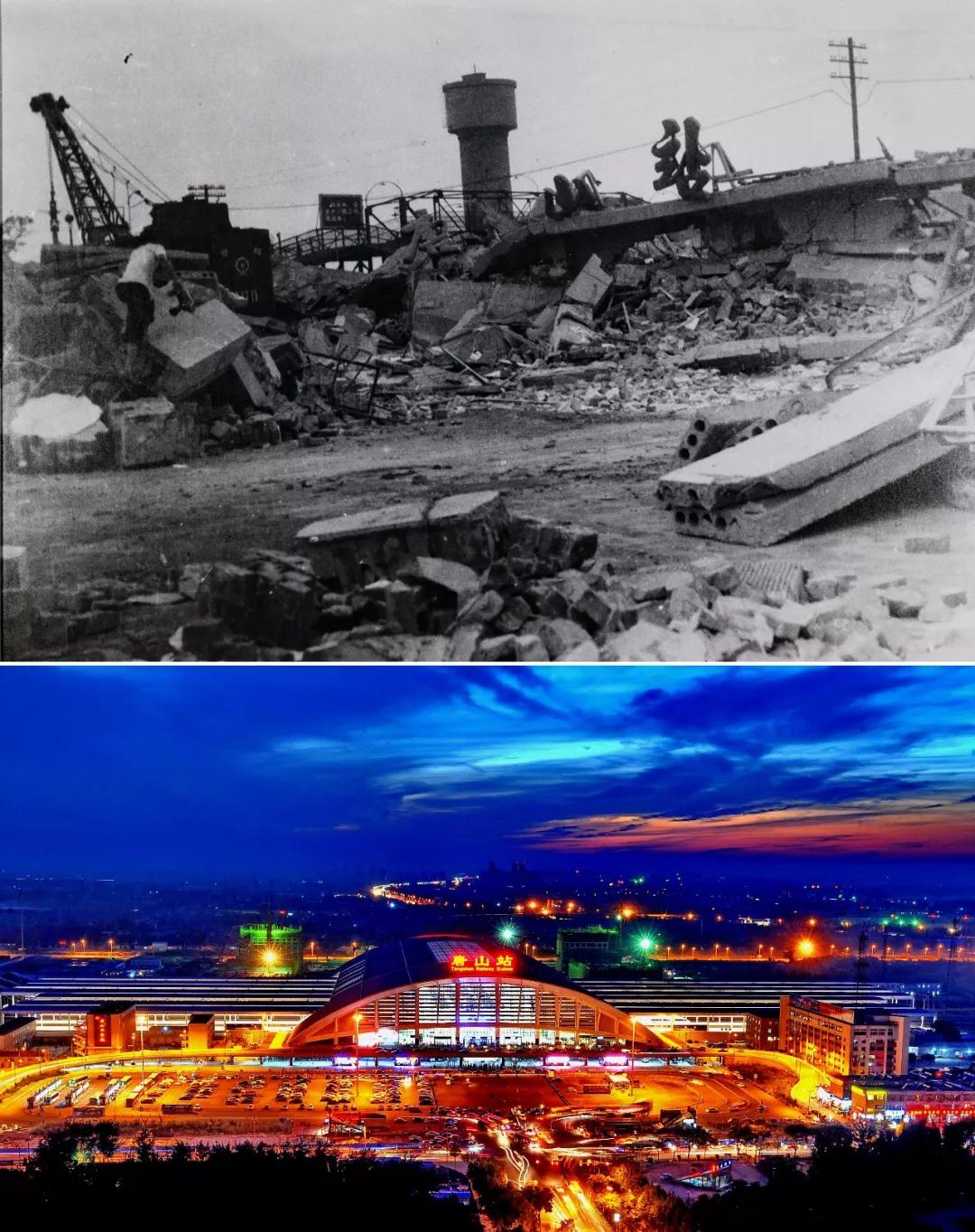 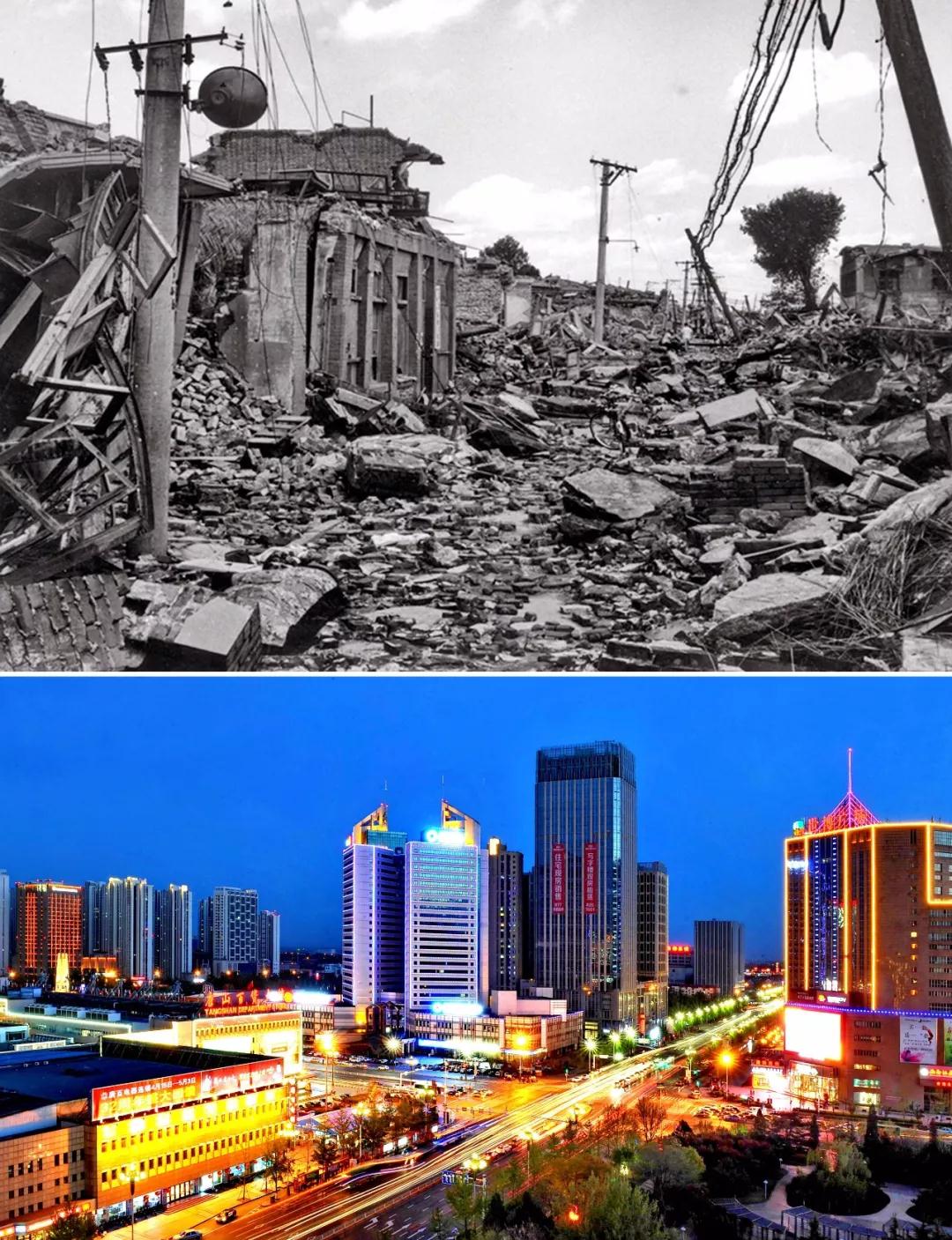 Before: The ruins of Tangshan’s downtown after the earthquake. After: Downtown Tangshan lights up the night in 2016 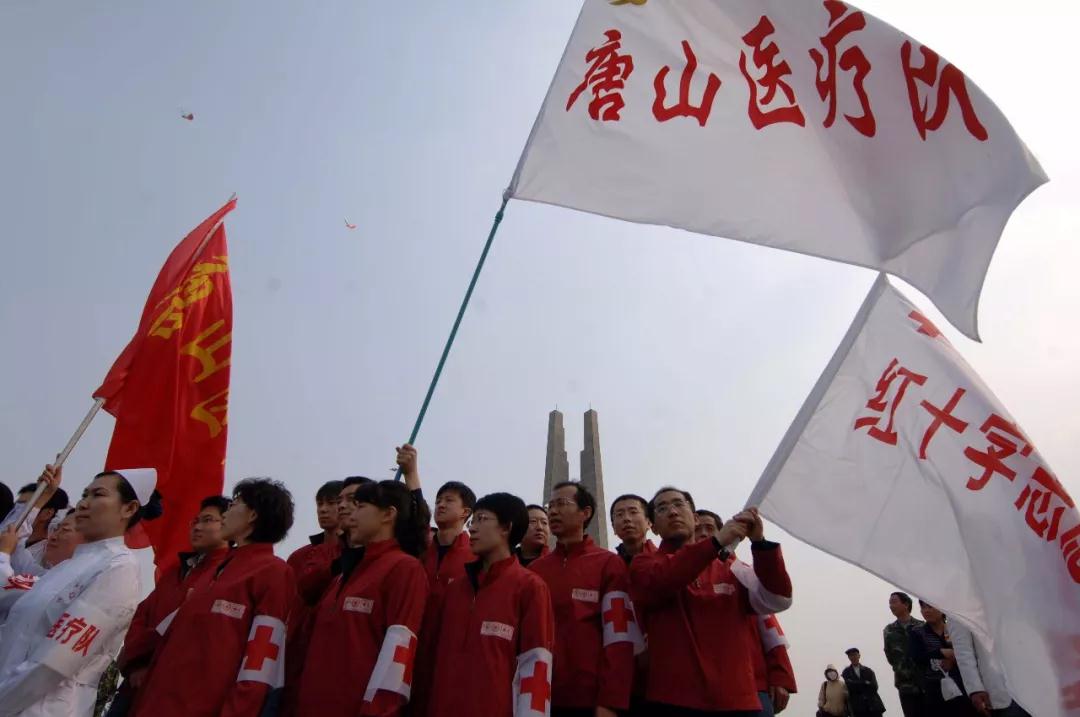 A medical team from Tangshan participates in the rescue mission after the Sichuan earthquake in 2008. 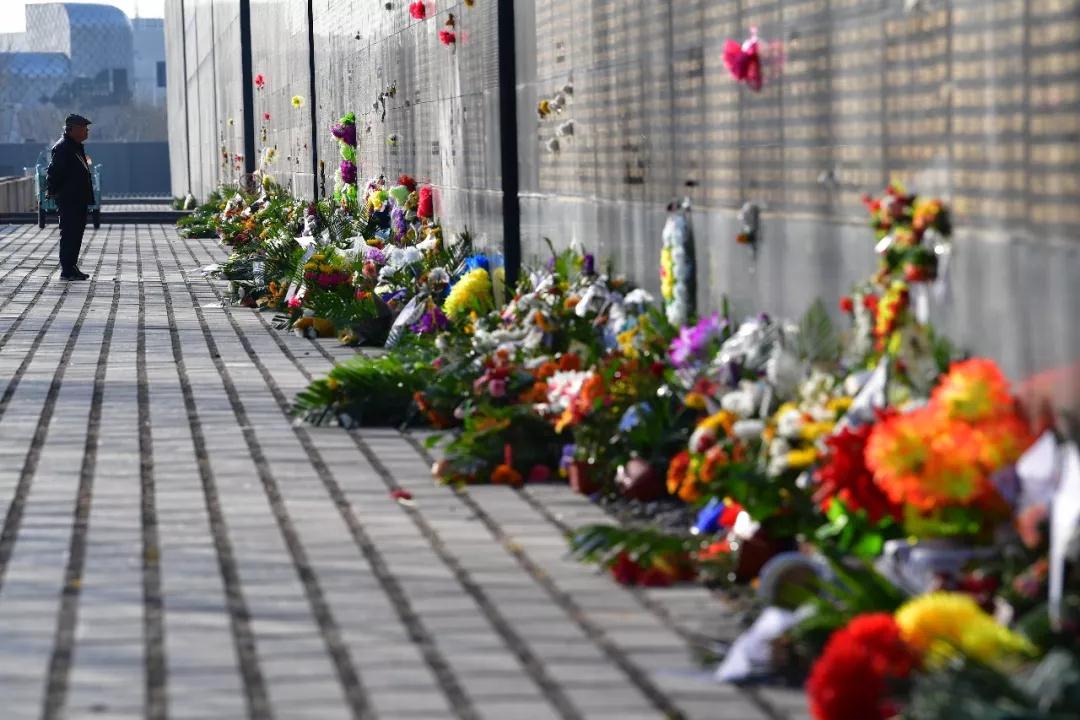 A Tangshan citizen mourns the victims of the 1976 earthquake near a memorial on April 4, 2018.