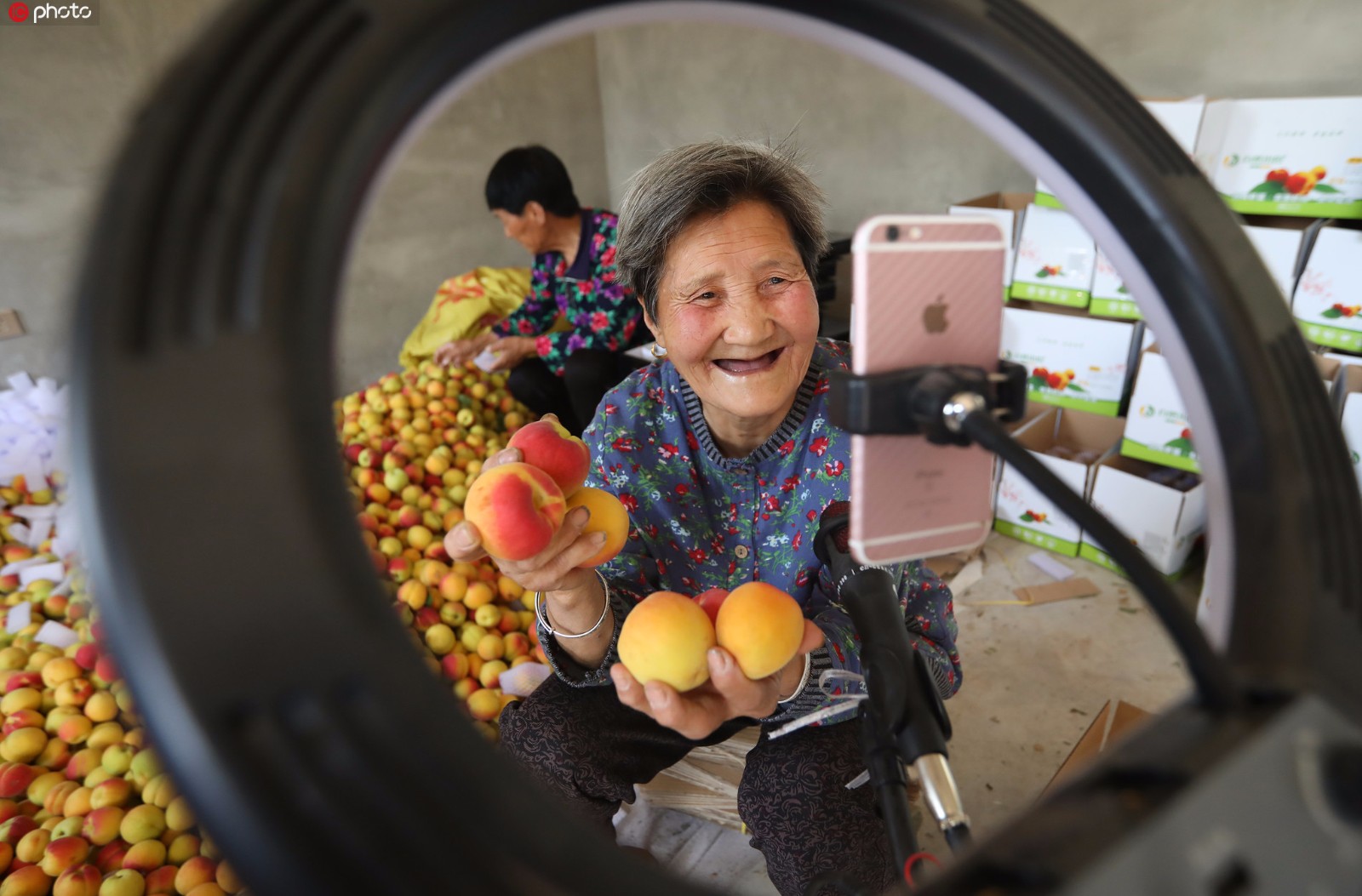 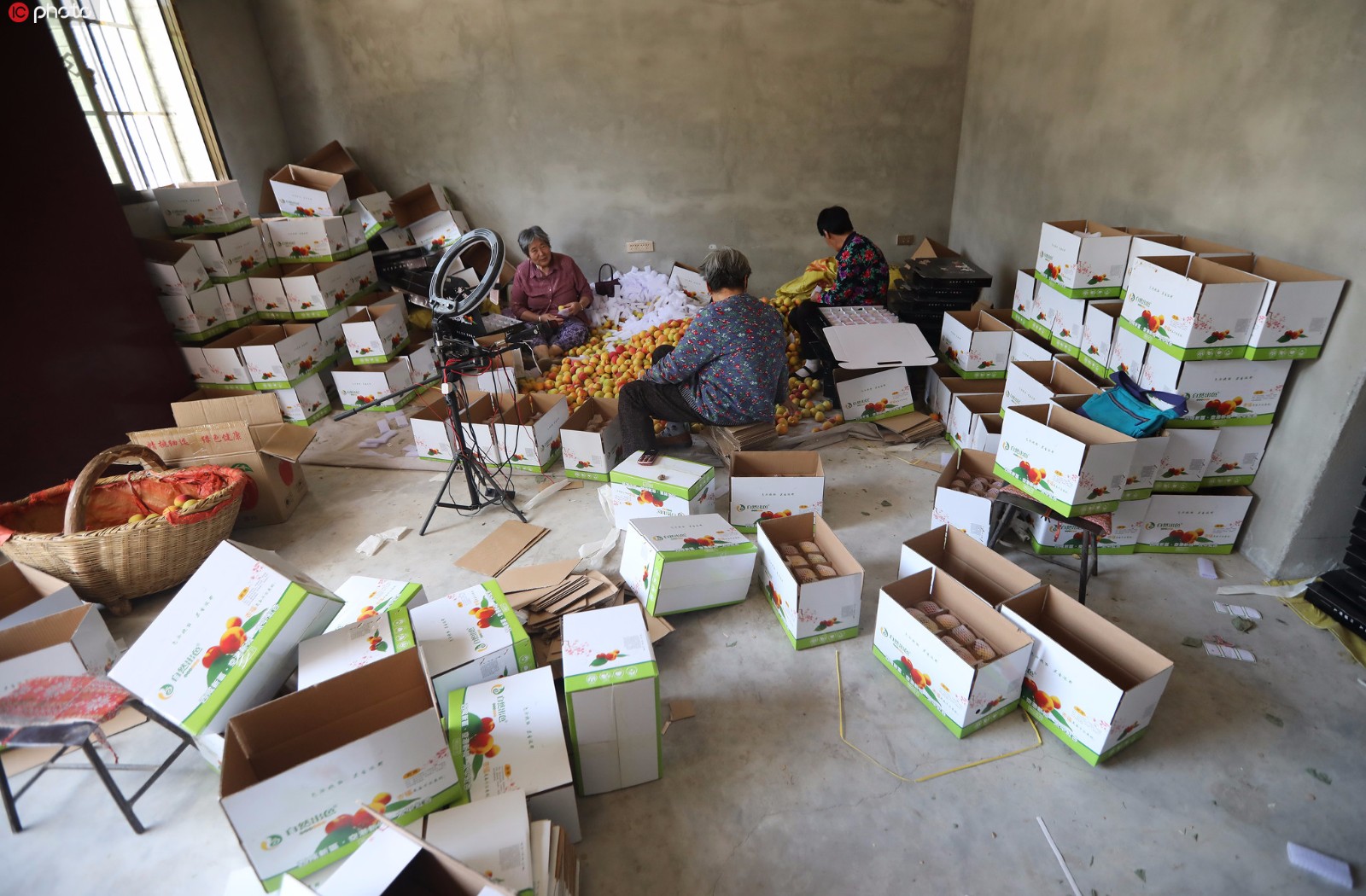 Wang Yalou, Cui's grandson, says that through his grandma’s live broadcast, they can get 40 to 50 new followers every day on the live streaming platform, and that they can sell more than 40 boxes of apricots in one week. These days, Wang Yalou has sold nearly 3,000 boxes of Taiping Red Apricots to all parts of the country. With the recent large-scale ripening of apricot, Wang’s factory’s daily shipments are increasing. 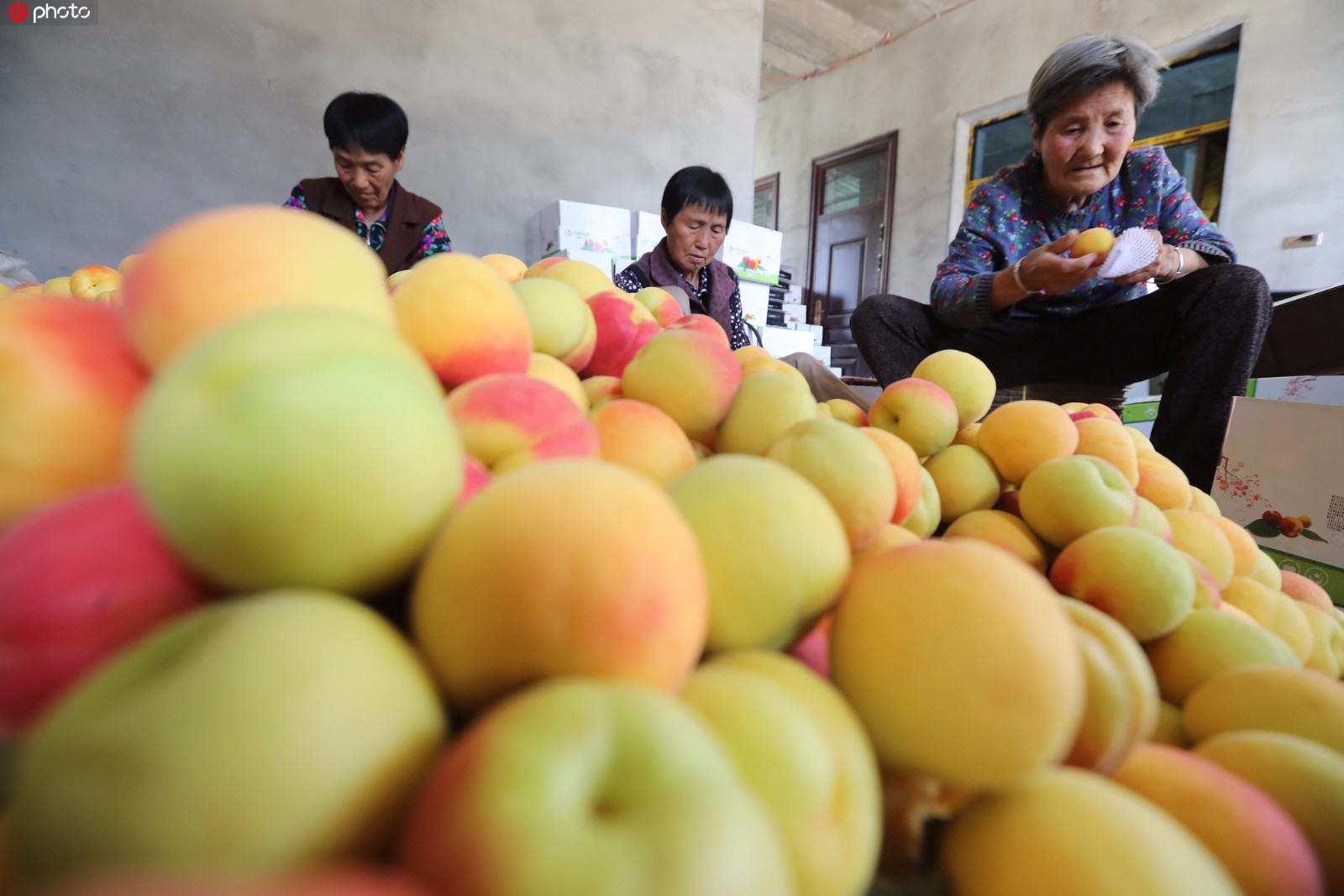 From mid-May to the end of June is the ripe season for Taiping Red Apricots, and is also Wang Yalou’s busiest time of the year. Cui Shuxia, who used to live in Xianyang city, returned to her hometown in Taipingbao village to help her son and grandson’s e-commerce business during the busy farming season this year. 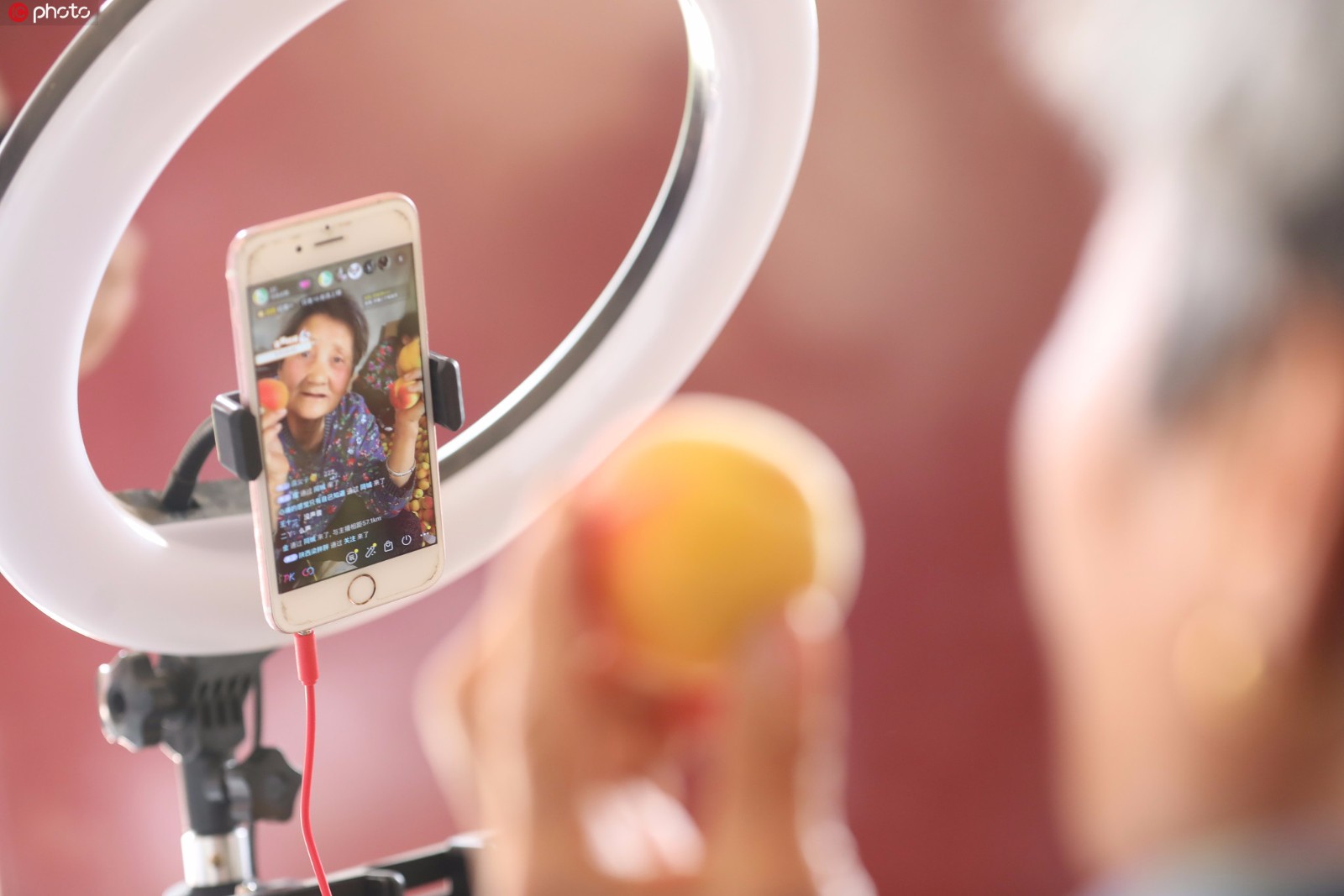 Initially, Cui had been packing the apricots at the factory. One day, she by chance appeared in front of the camera for a while. Unexpectedly, her unintentional appearance drove up the sales in a short time. 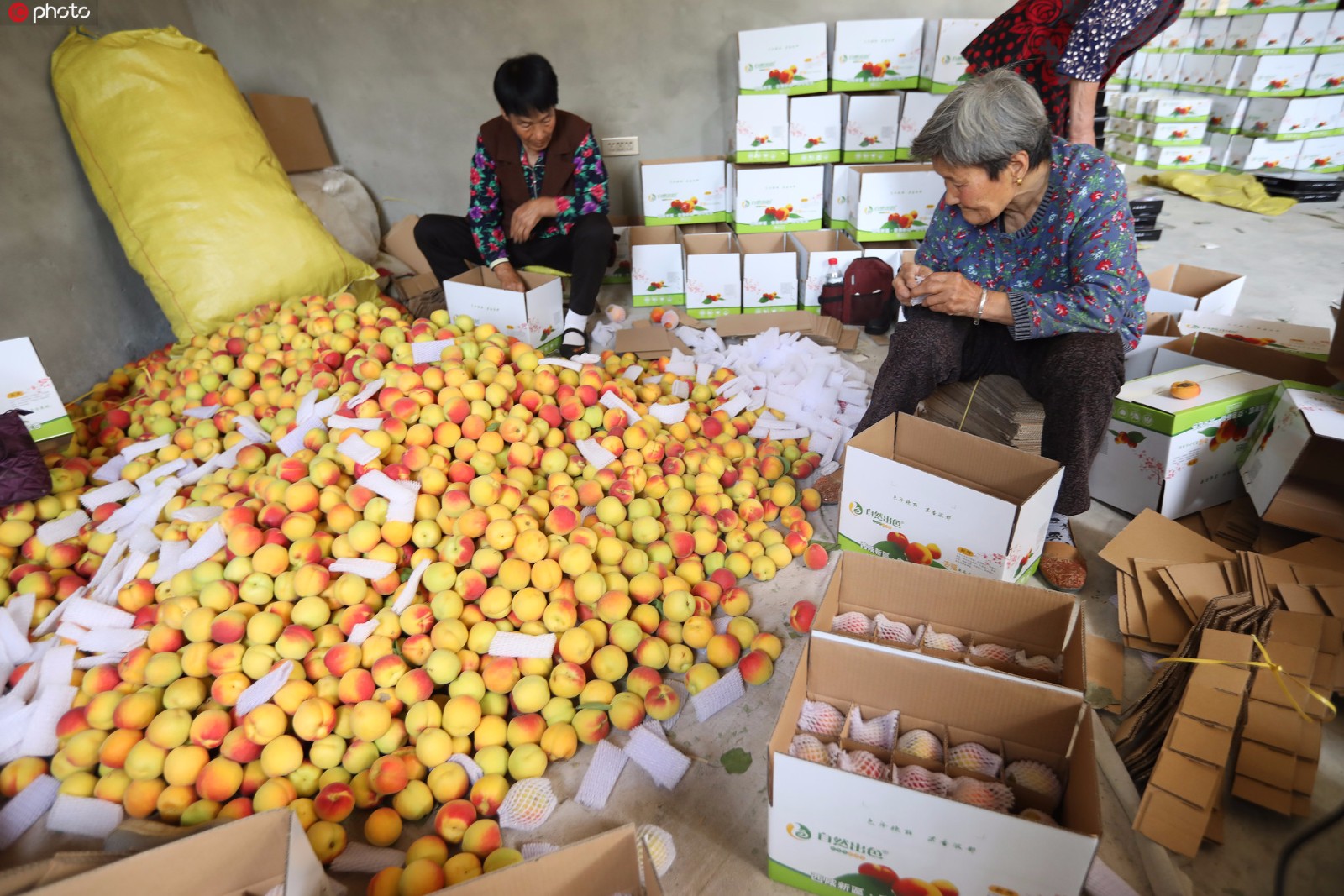 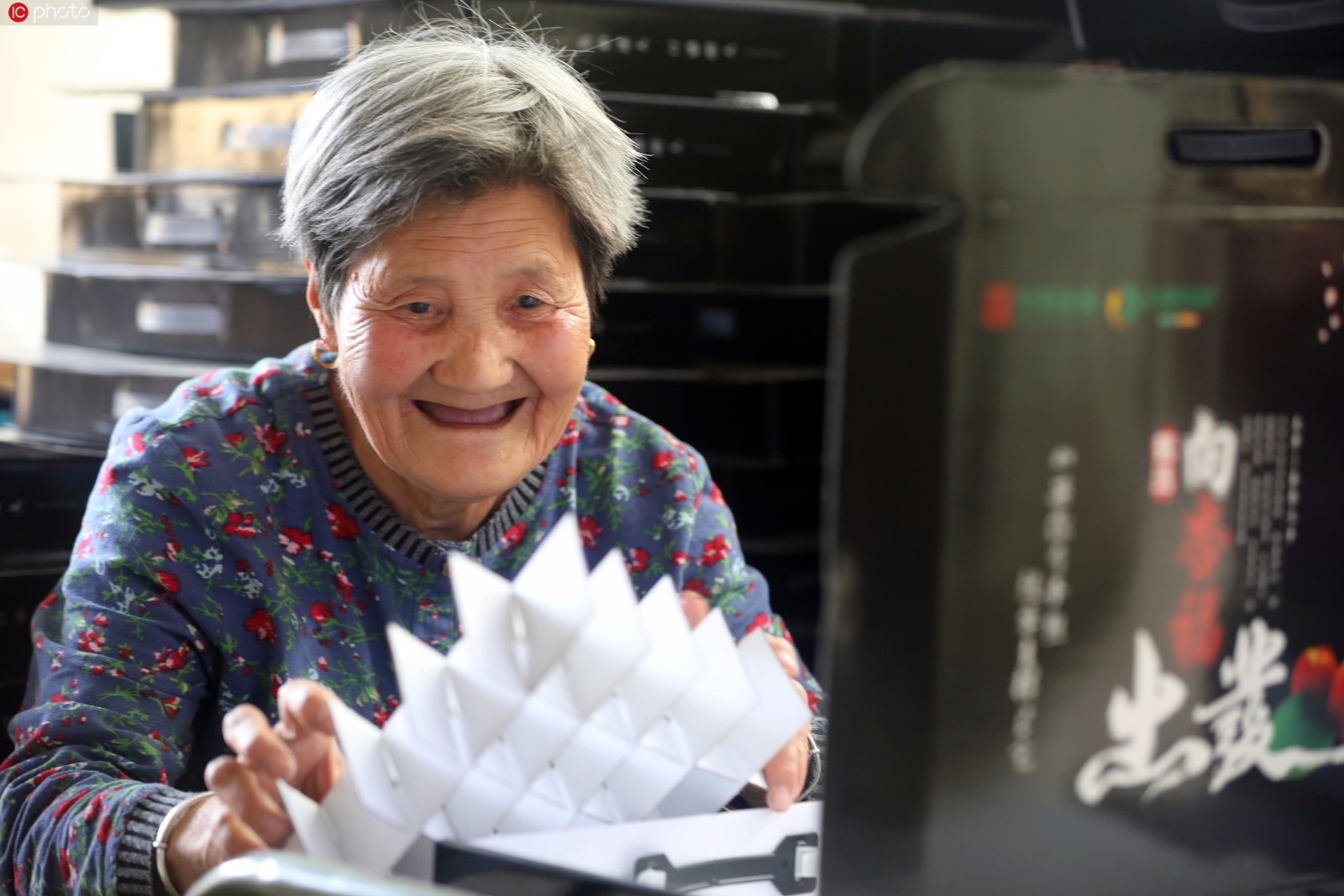 So far, more than 300 local e-commerce businesses in Taiping township have been developed. Through e-commerce platforms, local people sell high-quality fruits, tea, local eggs, and traditional Chinese herbs to all parts of the country, generating an income of nearly ten million yuan ($140.1 million) each year.