PHOTOS A life in pictures: diary of a poverty relief official in Northwest China

A life in pictures: diary of a poverty relief official in Northwest China 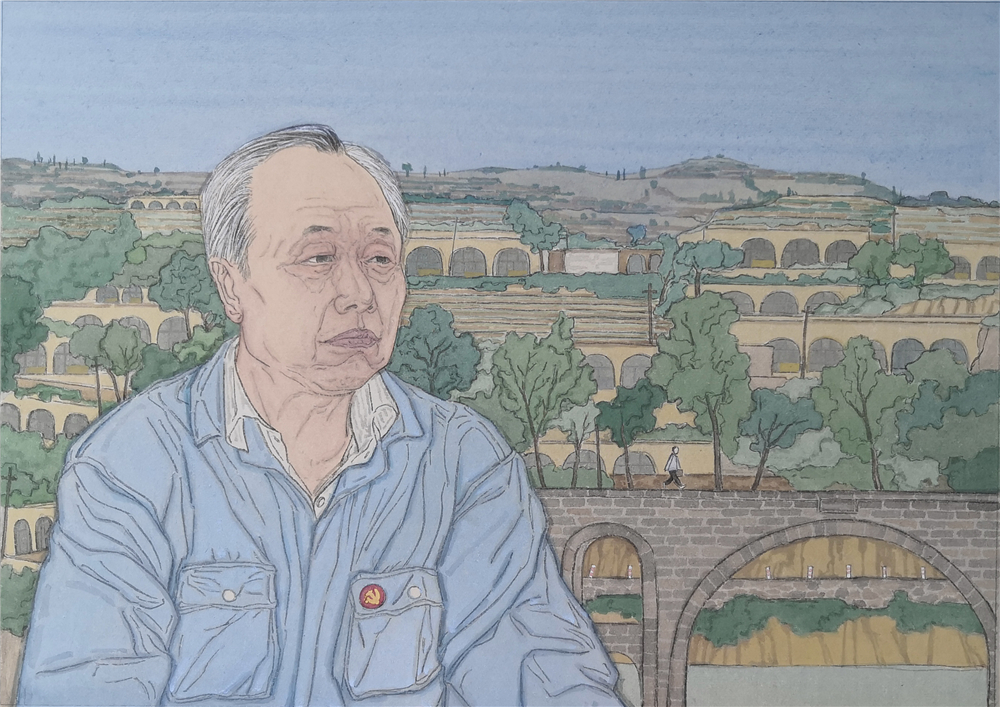 Zhang Leiwei worked on poverty alleviation for 20 years around the city of Yulin, Northwest China’s Shaanxi Province. As an employee of Yulin Power Supply Company, Zhang traveled extensively in the area and kept a diary during his other work as a poverty alleviation official. This is a sketch of Zhang.

Zhang had big idea for the registered poverty-stricken households of Mizhi County: raise cattle. Villager Feng Xuesheng liked the idea and promised to have a crack at it. With support from industrial poverty relief funds, Feng finally got his calves. This is a sketch of Feng and Zhang discussing cattle. 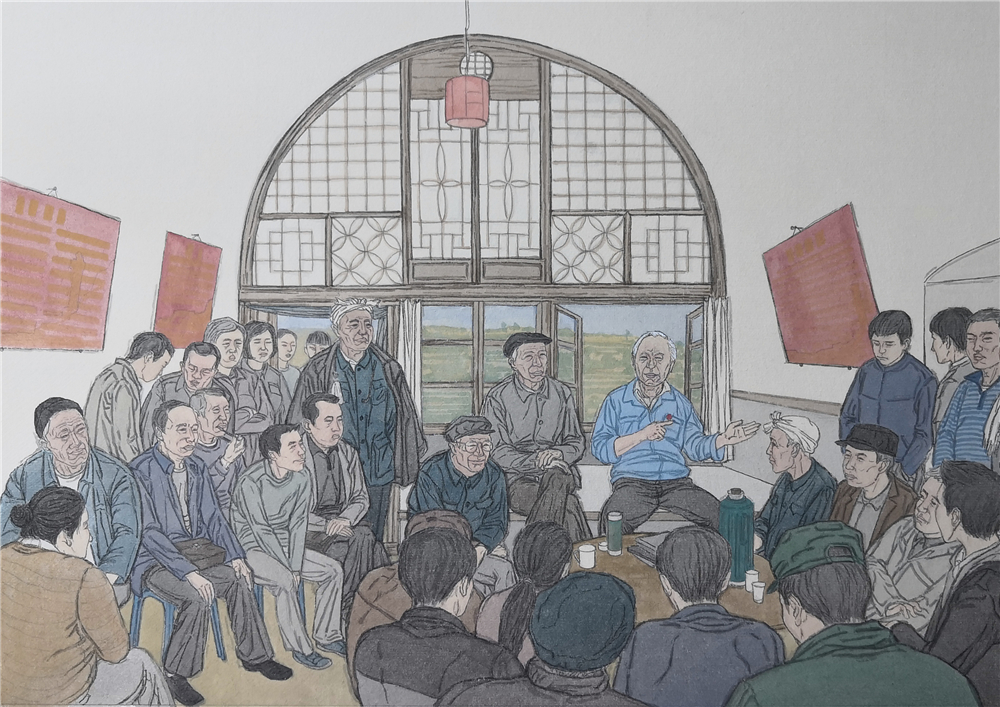 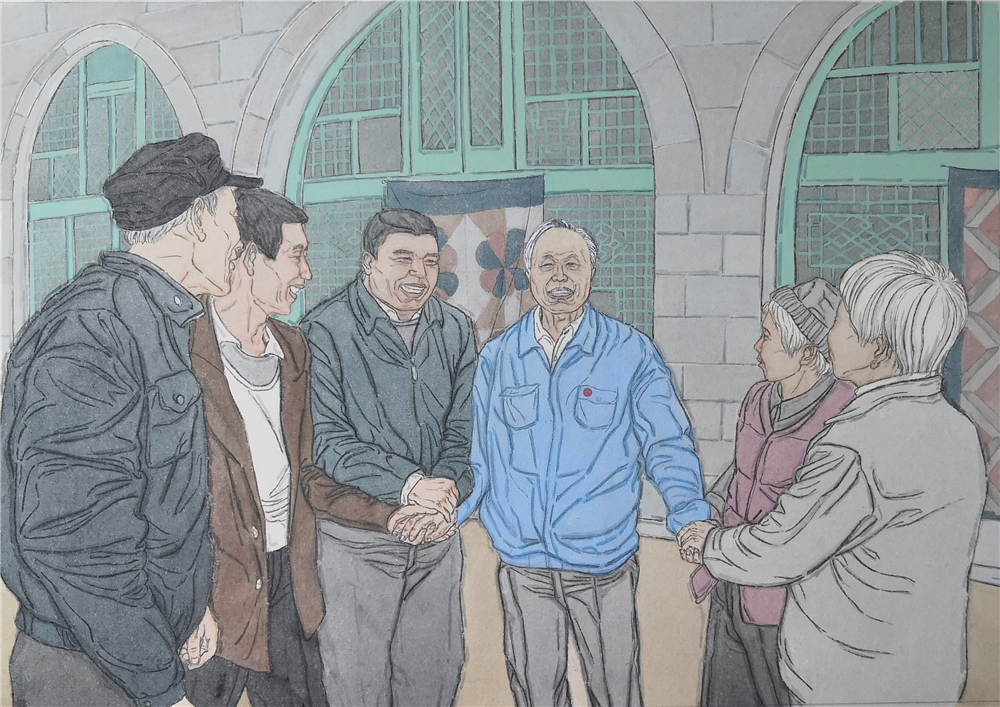 But before the coop could kick off, it was time for Zhang to retire. More than 70 village households wrote letters to the Communist Party of China (CPC) committee and government of Mizhi County requesting Zhang stay. This is a sketch showing villagers unwilling to let Zhang retire. 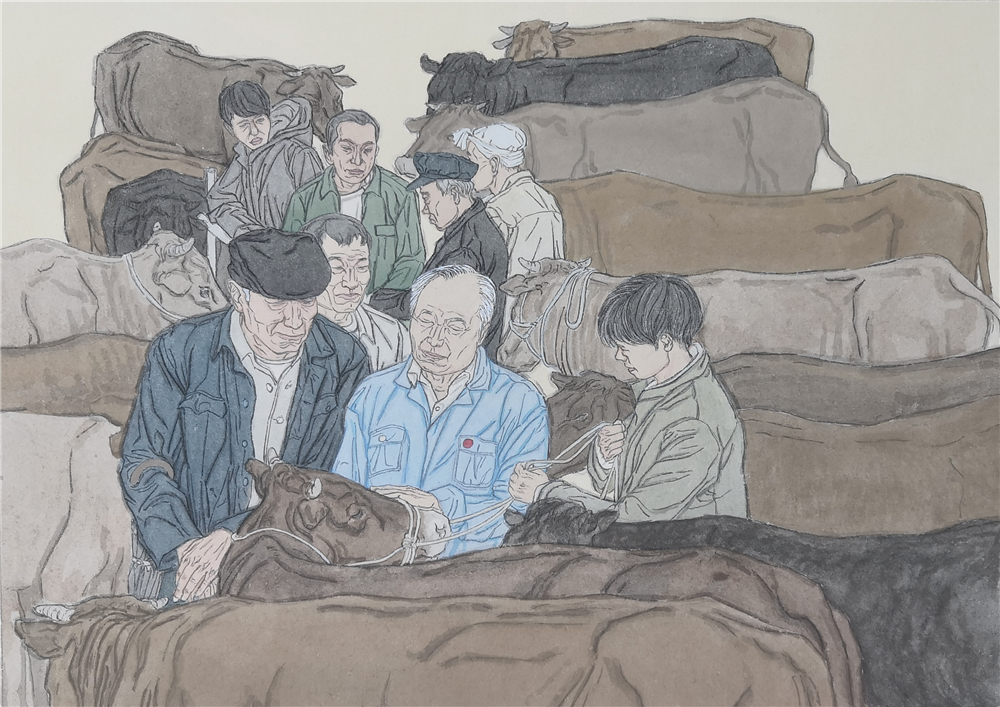 Zhang delayed his retirement. Instead he organized villagers to go out and investigate suitable locations for raising cattle. He also personally investigated places at his own expense. After a year spent selecting the location, building a ranch and buying the cattle, the cows finally arrived. This is a sketch of Zhang and villagers visiting outside cattle farms. 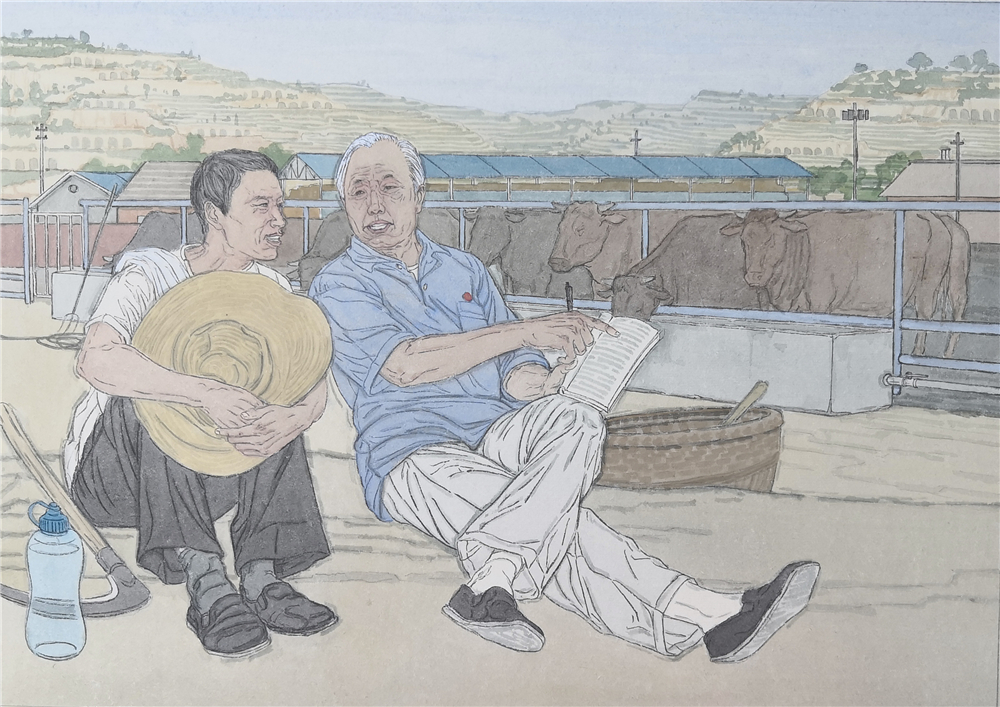 Today the cooperative raises more than 100 cattle. Through profit-sharing, incomes have been increased for registered poverty-stricken households. Zhang’s diary has turned the page on poverty. This is a sketch of the cooperative being established and expanded by Zhang Leiwei and the villagers. (Illustrations by Cao Yannan; story translated by Lyu Fu)