PHOTOS A look back at the past eight Li-Merkel meetings

A look back at the past eight Li-Merkel meetings 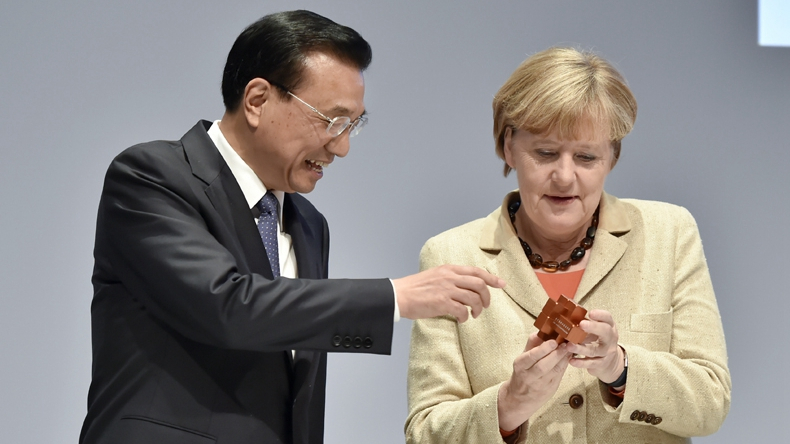 Chinese Premier Li Keqiang will attend the seventh leaders’ meeting of China and the Central and Eastern European countries (CEEC) in Sofia. During the visit to Europe, Li will hold talks with Chancellor Angela Merkel of Germany while co-chairing the intergovernmental consultations between China and Germany. Also, Li and Merkel will attend the China-Germany Economic and Technical Cooperation Forum and the China-Germany automated driving exhibition. Before their 9th meeting, let’s take a retrospect at the previous meetings since May 2013 when Li first visited Germany as a premier. Li presents a burr puzzle to Merkel in Berlin, Germany on October 10, 2014. /Xinhua Photo 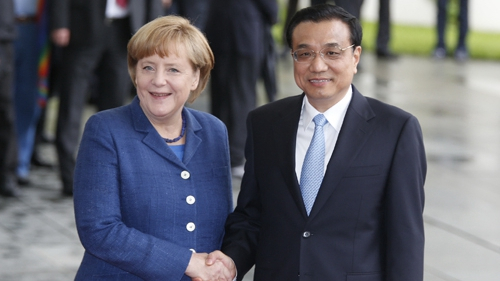 In May 2013, Li made his first overseas trip as Chinese premier and Germany was among his destinations. The first meeting between Premier Li and Chancellor Merkel in north Berlin's Meseberg proved to be fruitful and a good start for China-Germany relations in the new era. /Xinhua Photo 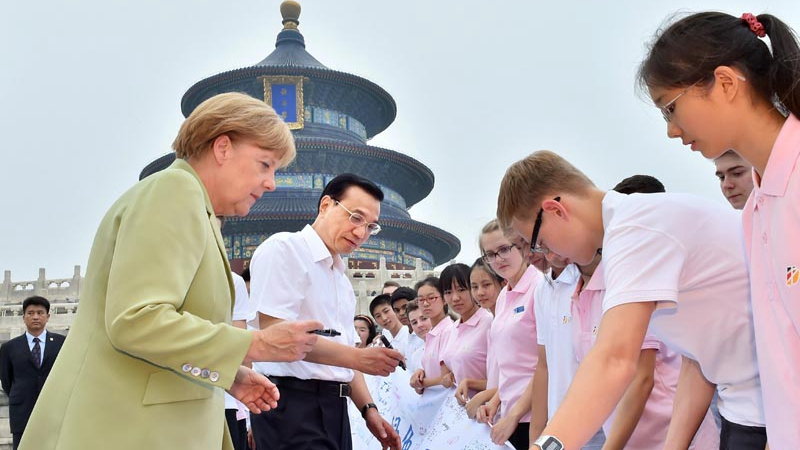 Premier Li and Chancellor Merkel sign on a memorial banner when meeting with youngsters attending the closing ceremony of the "Year of Languages” program between China and Germany at the Temple of Heaven in Beijing on July 7, 2014. /Xinhua Photo 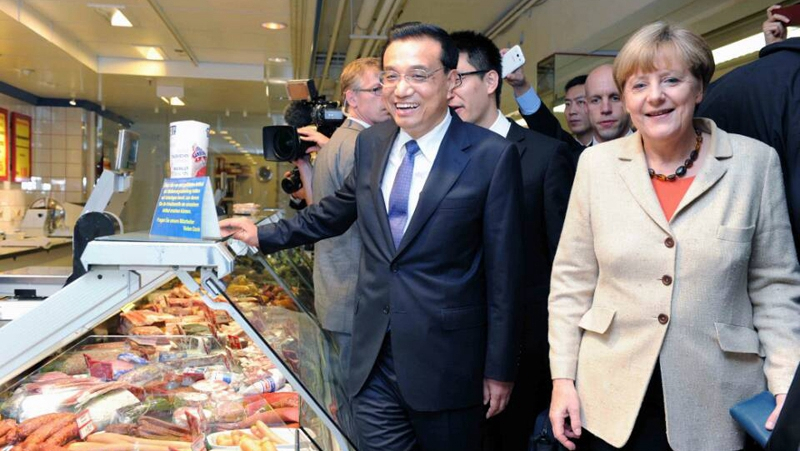 Premier Li and Chancellor Merkel visit a supermarket after the bilateral governmental consultations in Berlin on October 10, 2014. /Xinhua Photo 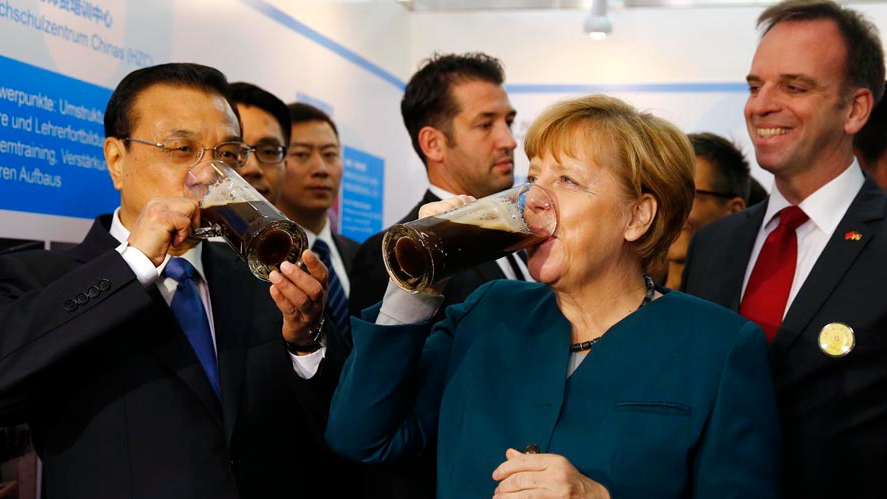 The two leaders tasted beer brewed by Chinese and German students during their visit to Hefei University in Hefei, capital of east China's Anhui Province on October 30, 2015. /Xinhua Photo

During her ninth trip to China, Chancellor Merkel visits Kunming Lake at the Summer Palace in Beijing accompanied by Premier Li on June 12, 2016. /Xinhua Photo 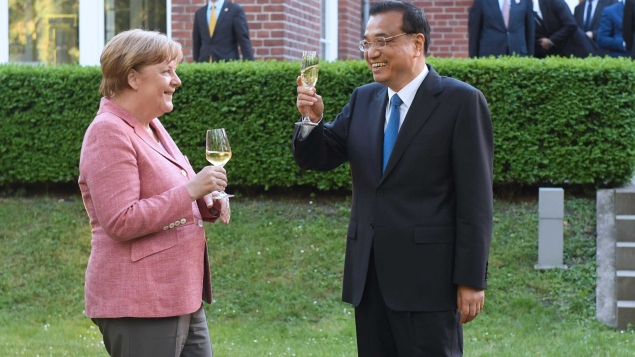 Premier Li attends a welcome ceremony held by Chancellor Merkel before an annual meeting between the heads of the two countries’ governments in Berlin on May 31, 2017. /Xinhua Photo 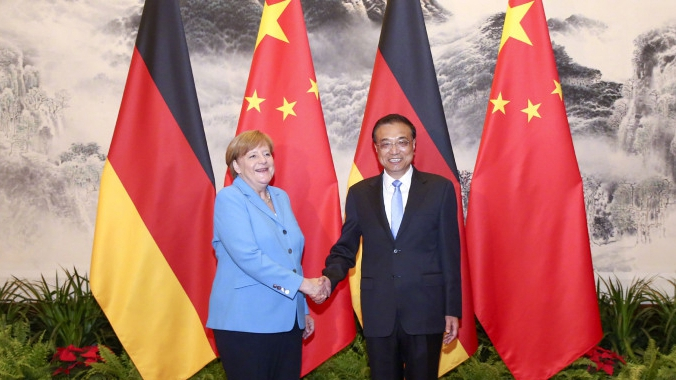 Premier Li and Chancellor Merkel jointly meet the press at the Great Hall of the People in Beijing on May 24, 2018. Both sides agree to promote China-Germany relations to higher levels. /Xinhua Photo