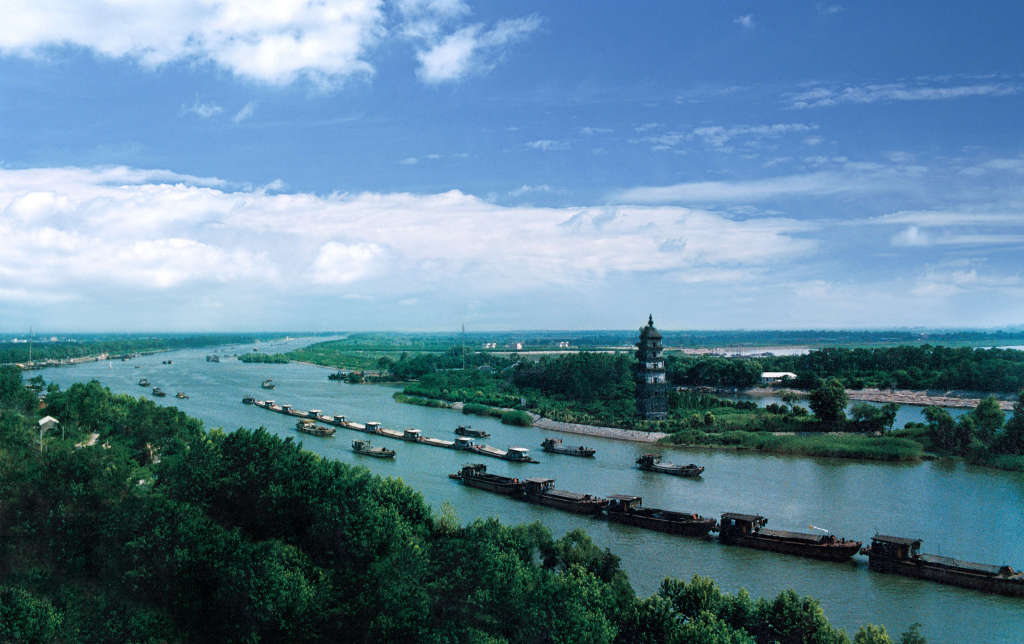 The Grand Canal, the world's longest and oldest canal, is an inland man-made waterway that runs from Beijing, capital of China, in the north to Hangzhou, Zhejiang Province, in the south. 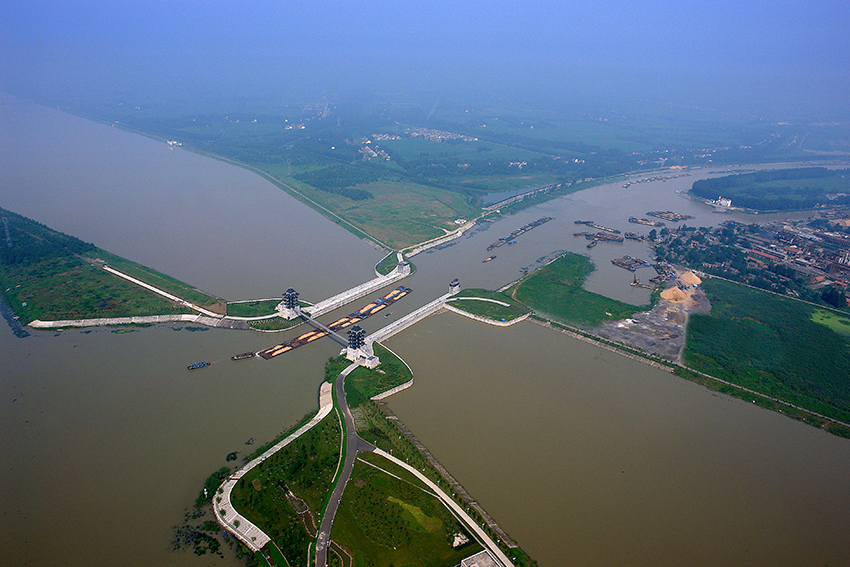 Stretching nearly 1,800 kilometers, the artificial waterway links five of the most important river basins in China, including the Yellow River and the Yangtze River.

Constructed in sections starting in the 5th century BC, the canal has contributed a lot to the north-south economic and cultural exchanges of the country through the ages. 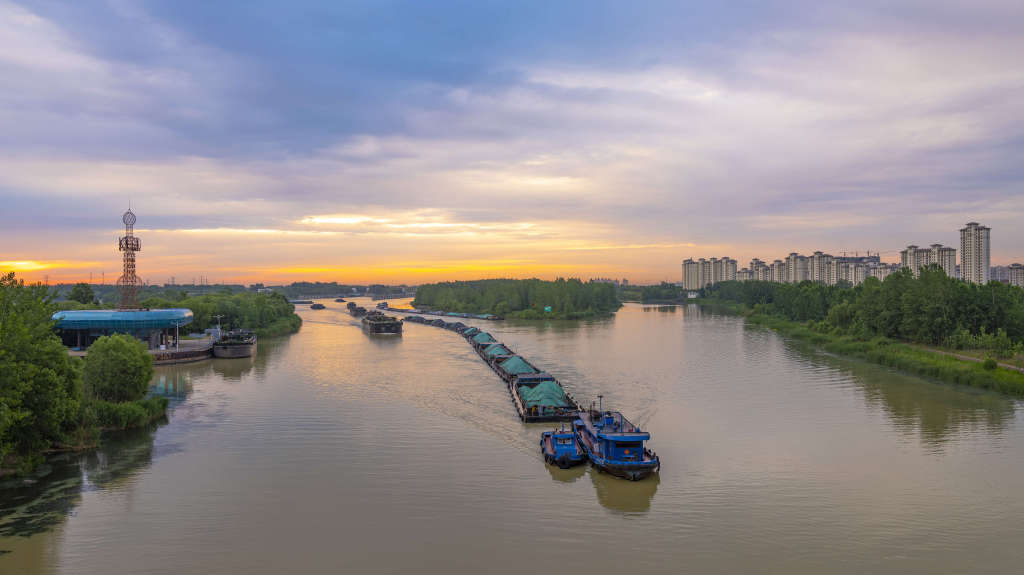 It has also contributed to the agricultural and industrial development, and towns' thriving along the waterway. 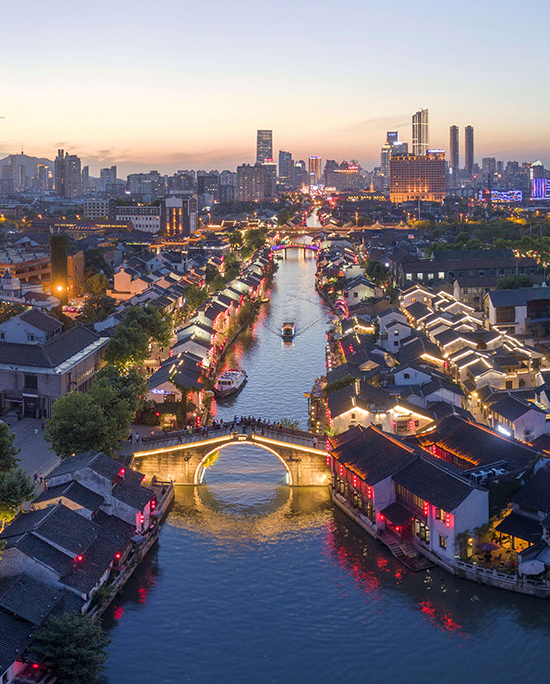 In 2014, the canal was inscribed on the World Heritage List. 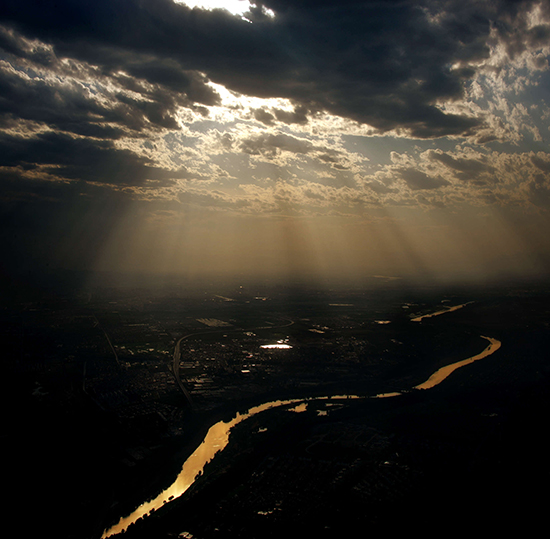 Today, it is still a major means of internal communication, and plays an important role in economic prosperity in the area. 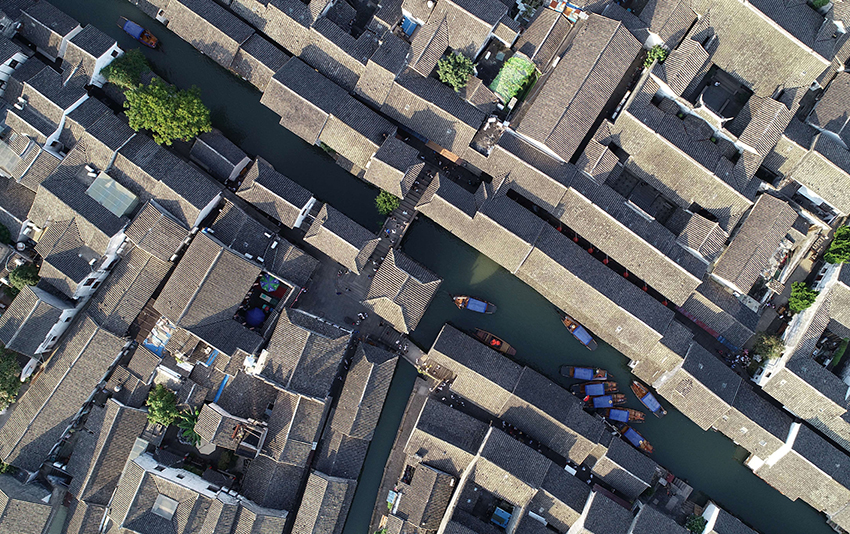 Due to various reasons like natural disasters and water flow decreasing, parts of the canal are blocked. 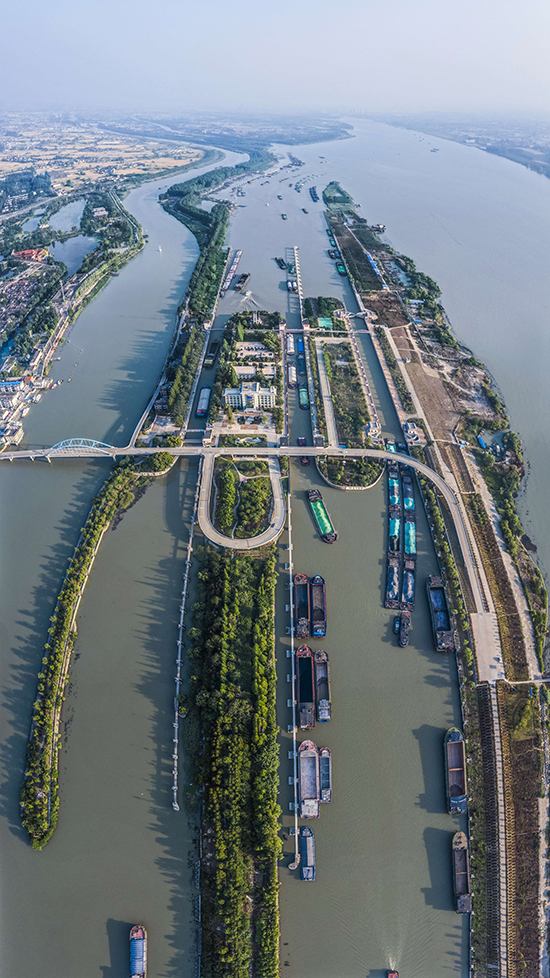 But about 1,400 kilometers of the canal is still navigable, including 800 kilometers all year round, according to media reports. 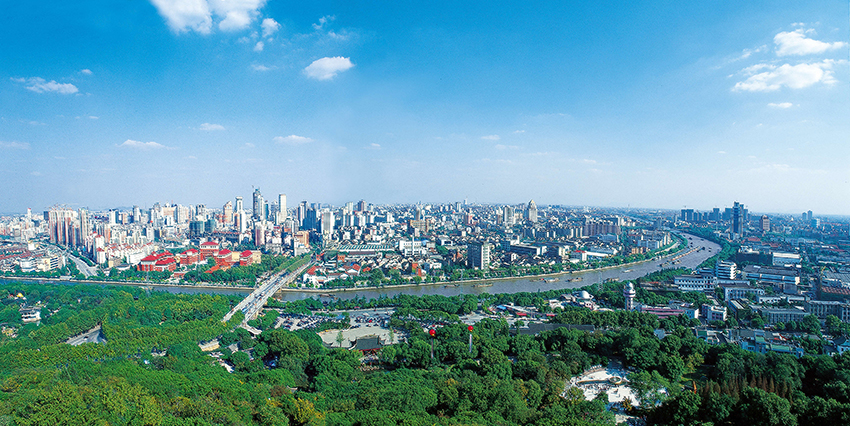 Some local governments and experts are mulling over removing cutoffs and resuming navigation of some parts of the canal. 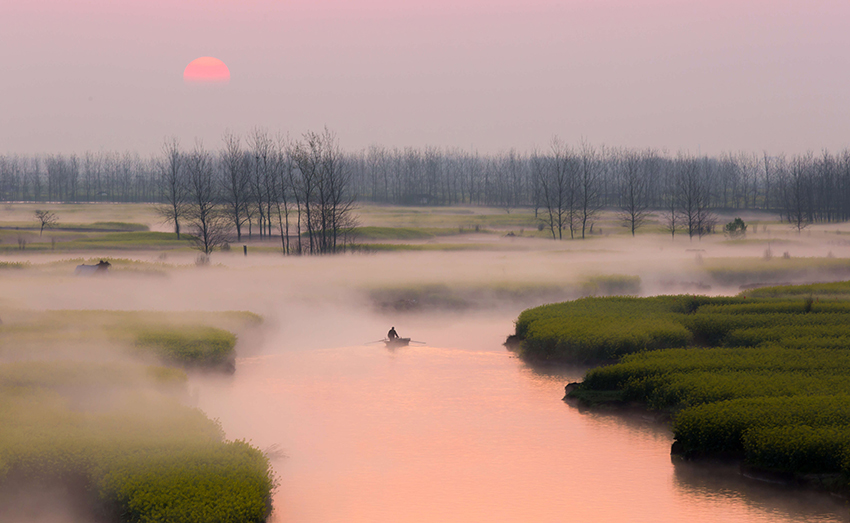 Landscape of a section of the canal in Xinghua, Jiangsu Province. (Photos: pic.people.com.cn; Compiled by Huang Jingjing)