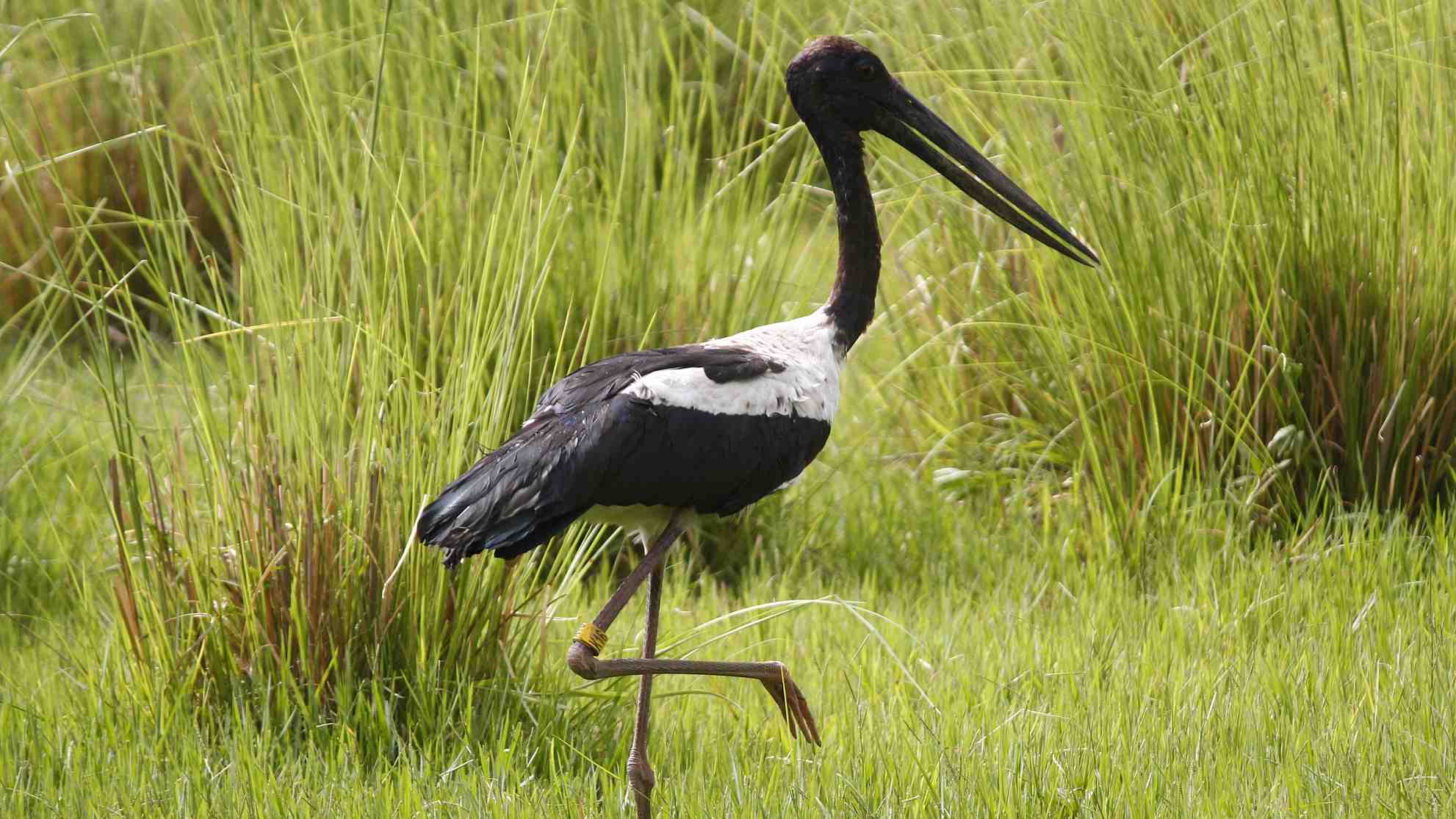 A photo of a male black-necked stork whose beak was sealed by an elastic ring spread on bird forums across India has captured international attention. Soon after that, bird enthusiasts and state wildlife officials conducted a search and rescue operation to catch and help the bird. /VCG Photo 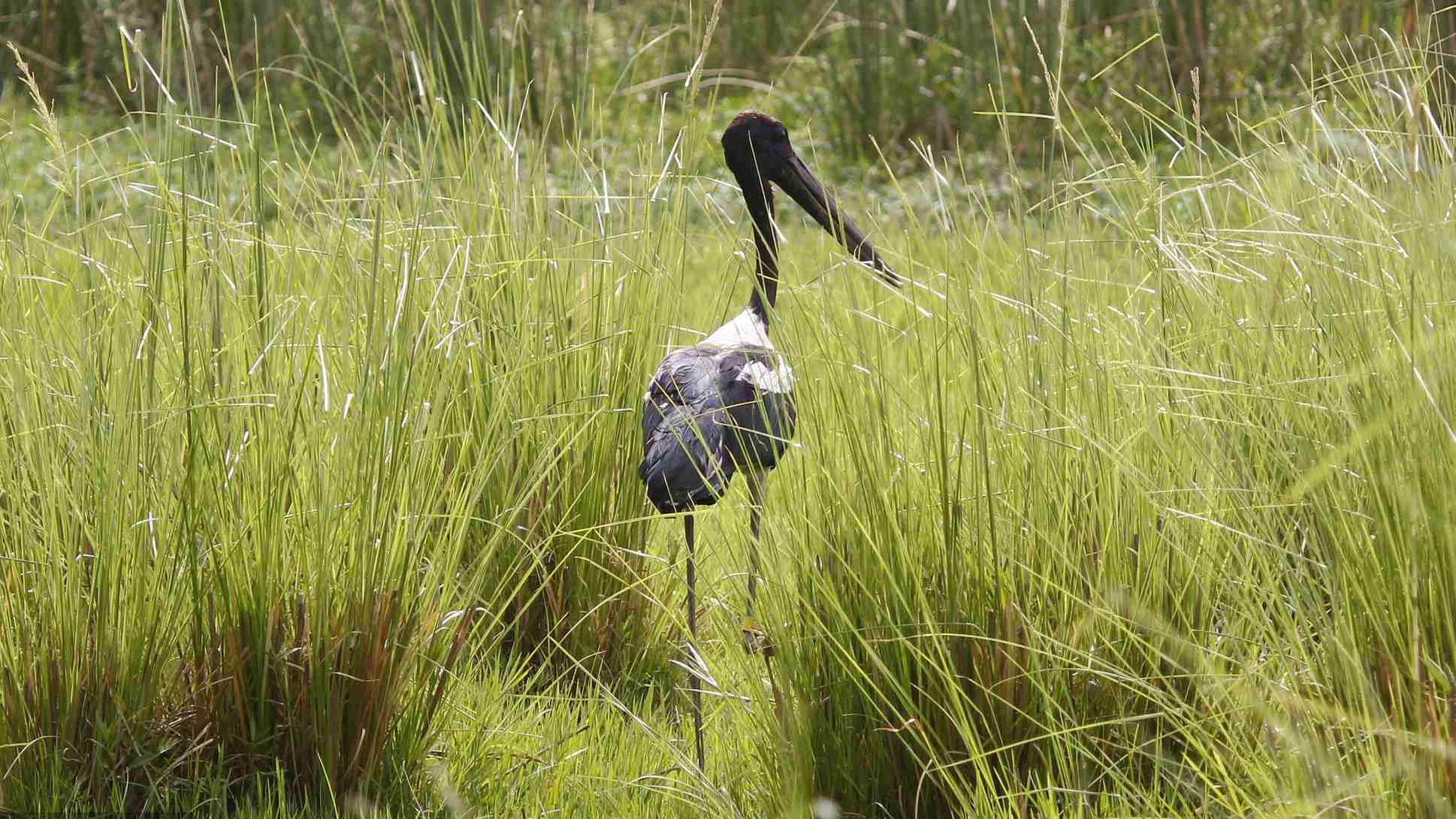 Seven days after a bird enthusiast named Manoj Nair snapped the photo in a wetland in Gurgaon, a suburb of India’s capital, the stork was finally captured and then taken to a sanctuary for treatment on June 13. Even though it was dehydrated, it still was in a good condition since it was previously able to nibble on small fish. /VCG Photo 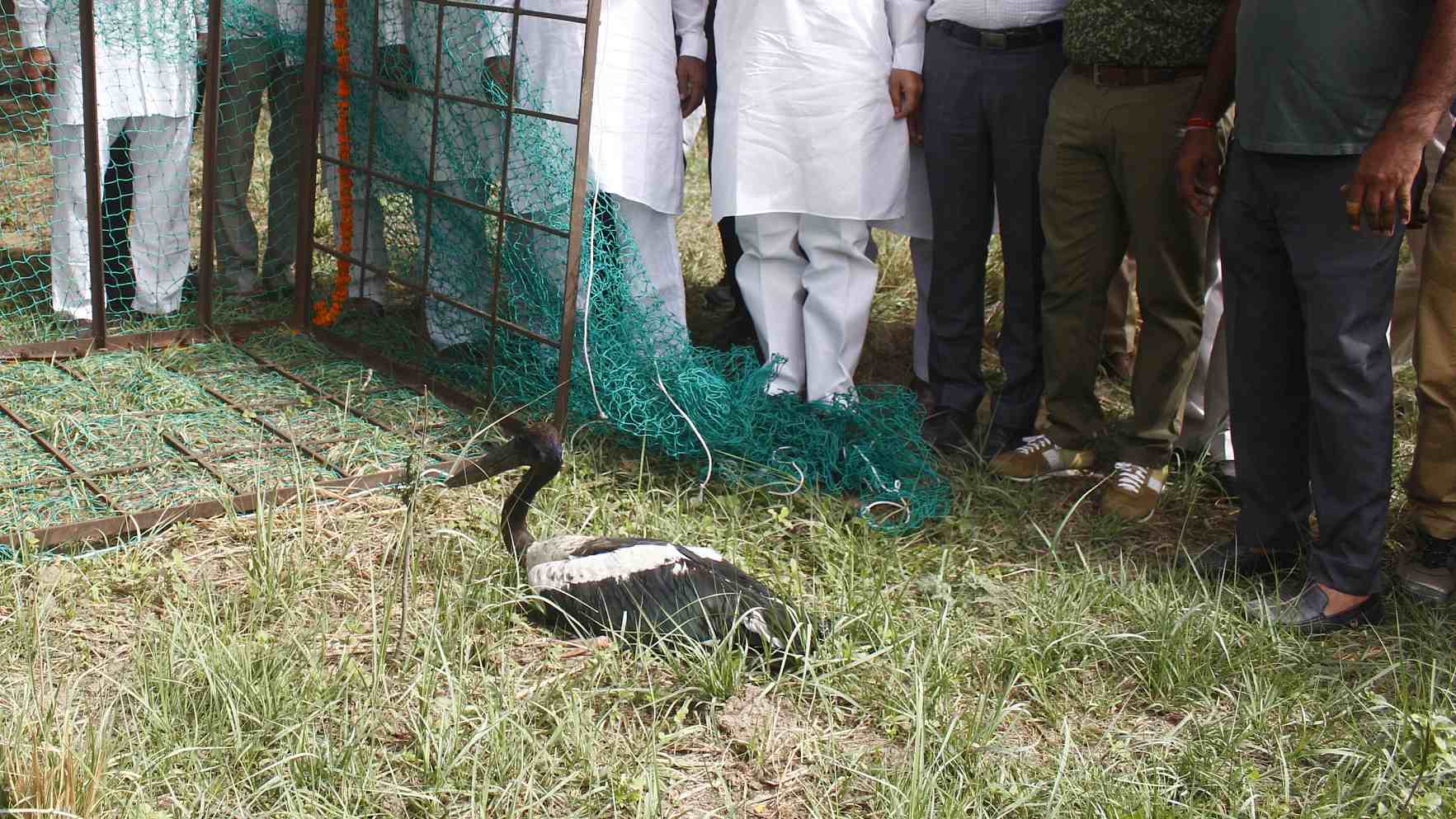 After two days of treatment, the stork was released in Sultanpur National Park in Gurugram, India on 15 June. /VCG Photo 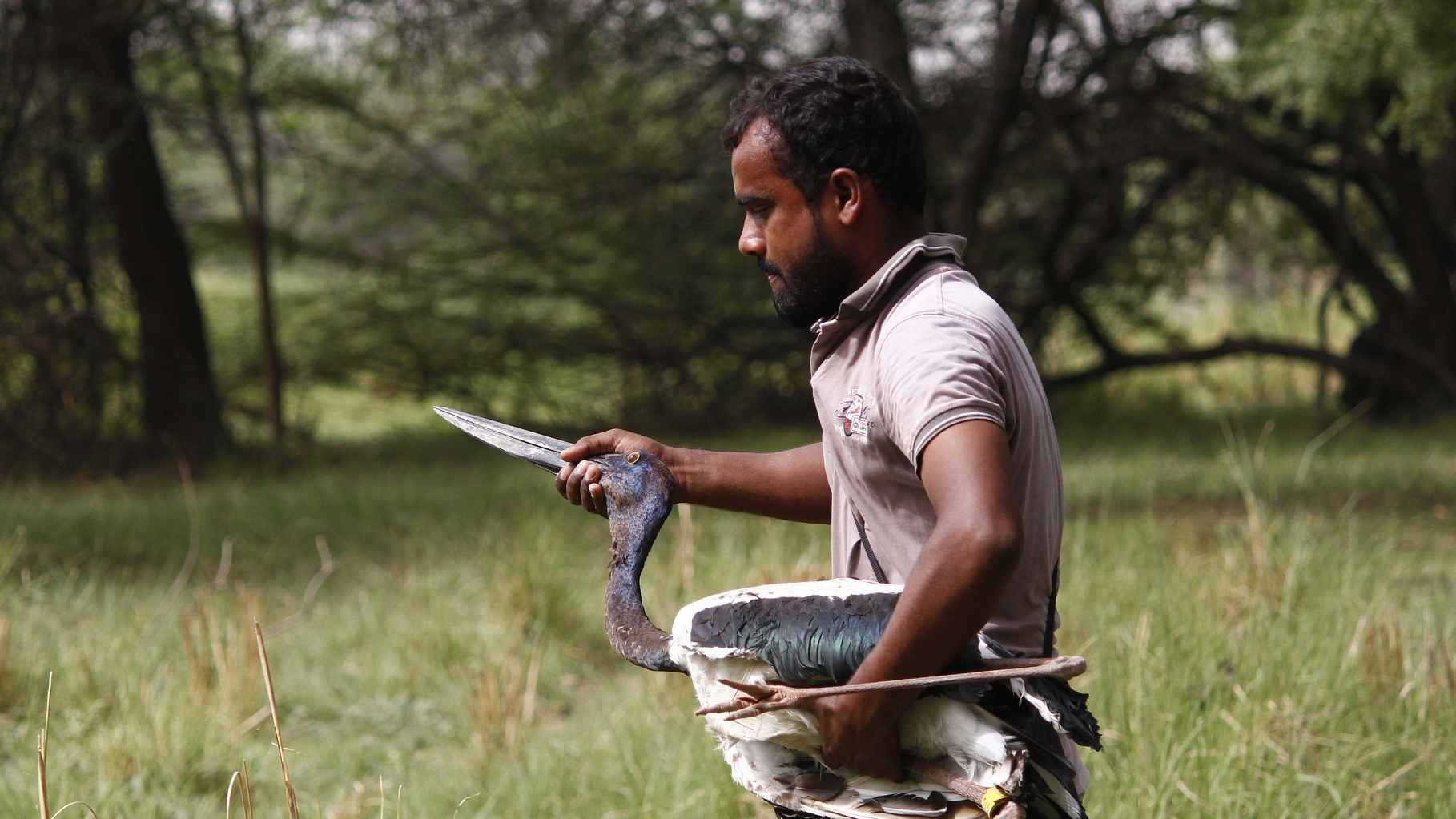 This breed of stork is “classified as near threatened” and is a symbol of endangered wildlife that is threatened by global plastic waste. /VCG Photo