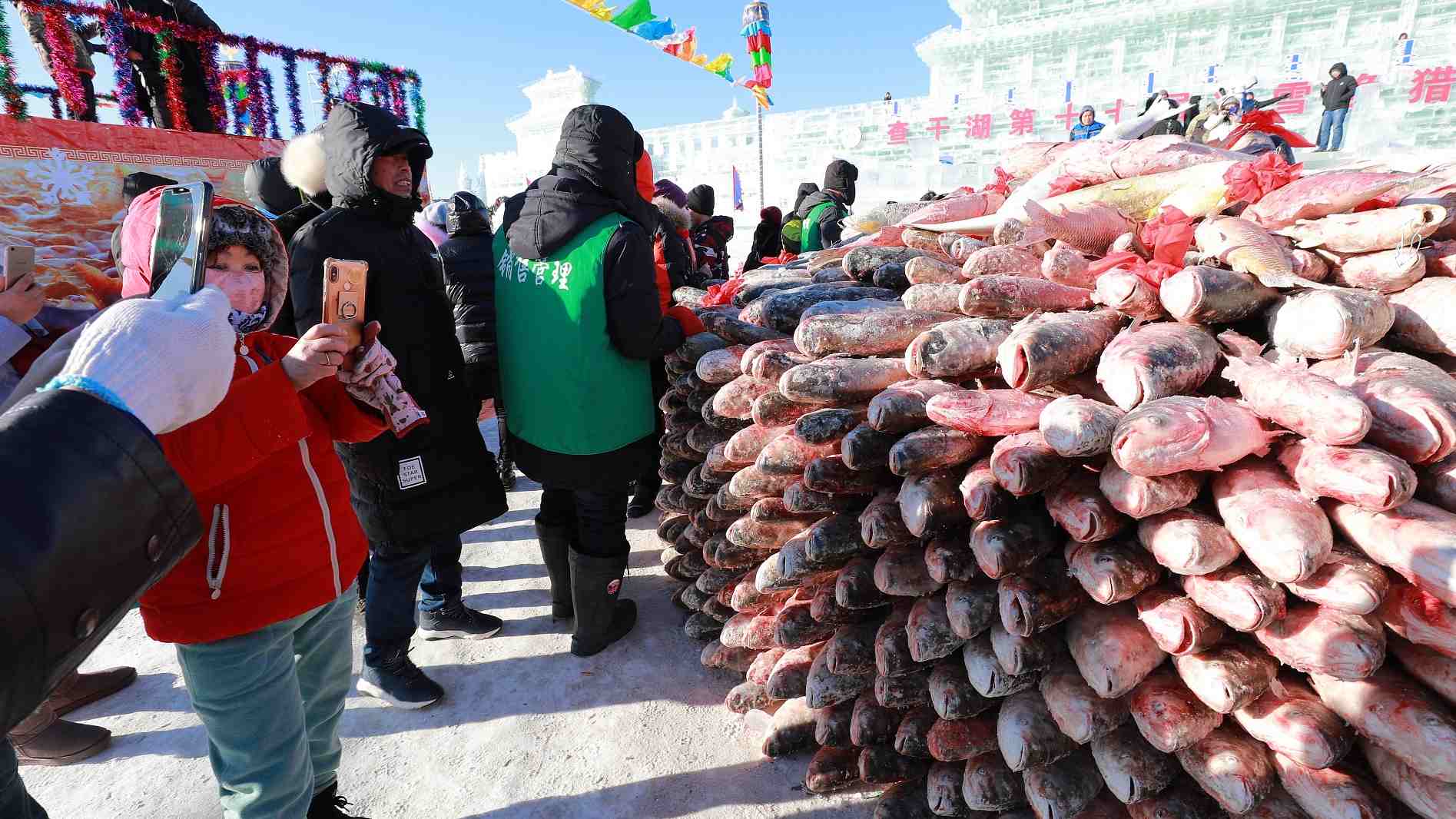 With temperatures hovering around minus 20 degrees Celsius, fish that freeze only minutes after being pulled out of water are packed like a wall at Chagan Lake in northeast China’s Jilin Province on Friday, as winter fishing season is underway. /VCG Photo 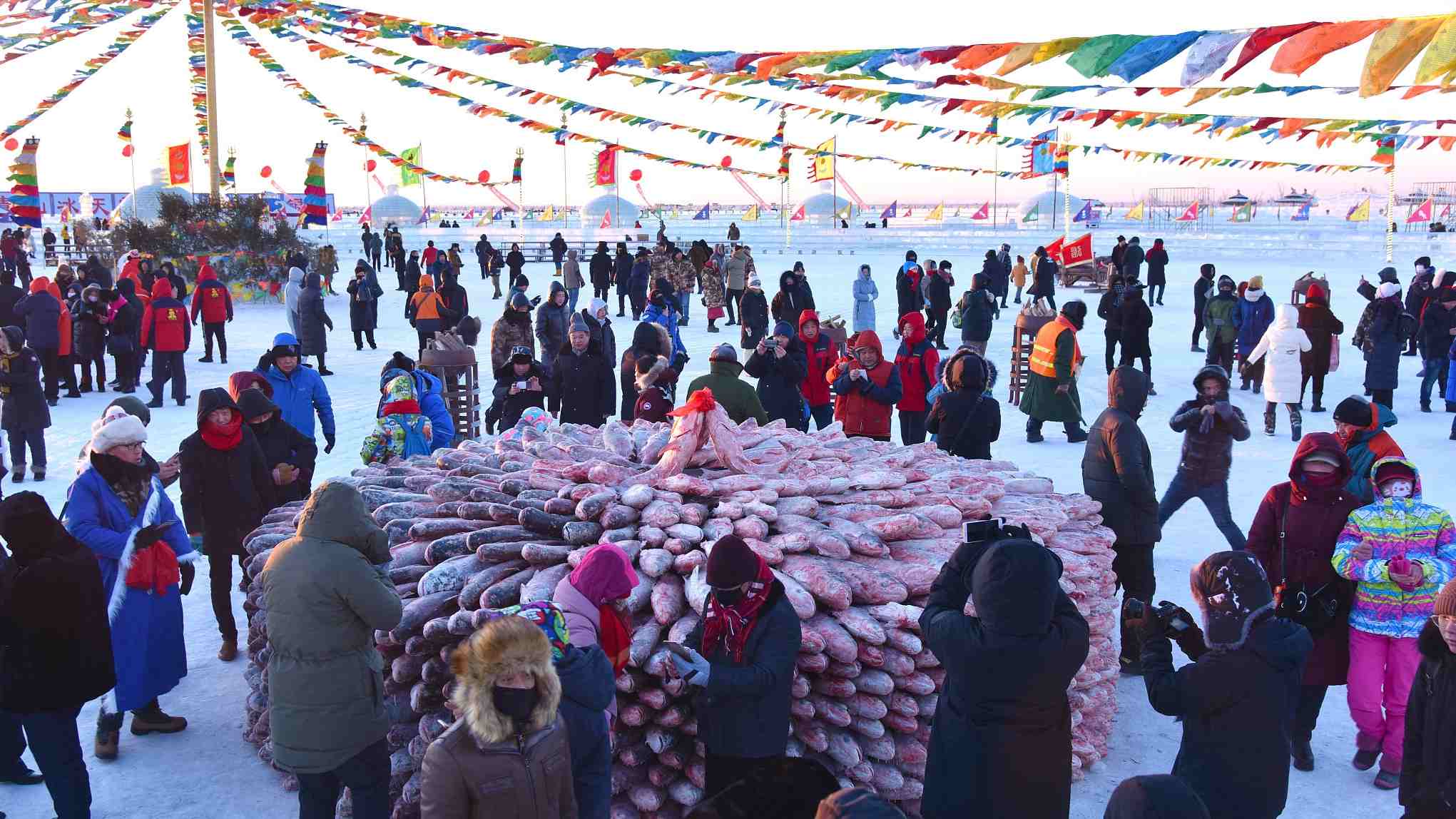 The freshwater lake is known for its rich fish resources. Winter fishing nowadays, including the centuries-old technique of drilling holes and casting nets in low temperatures, has become a hot tourist attraction. /VCG Photo 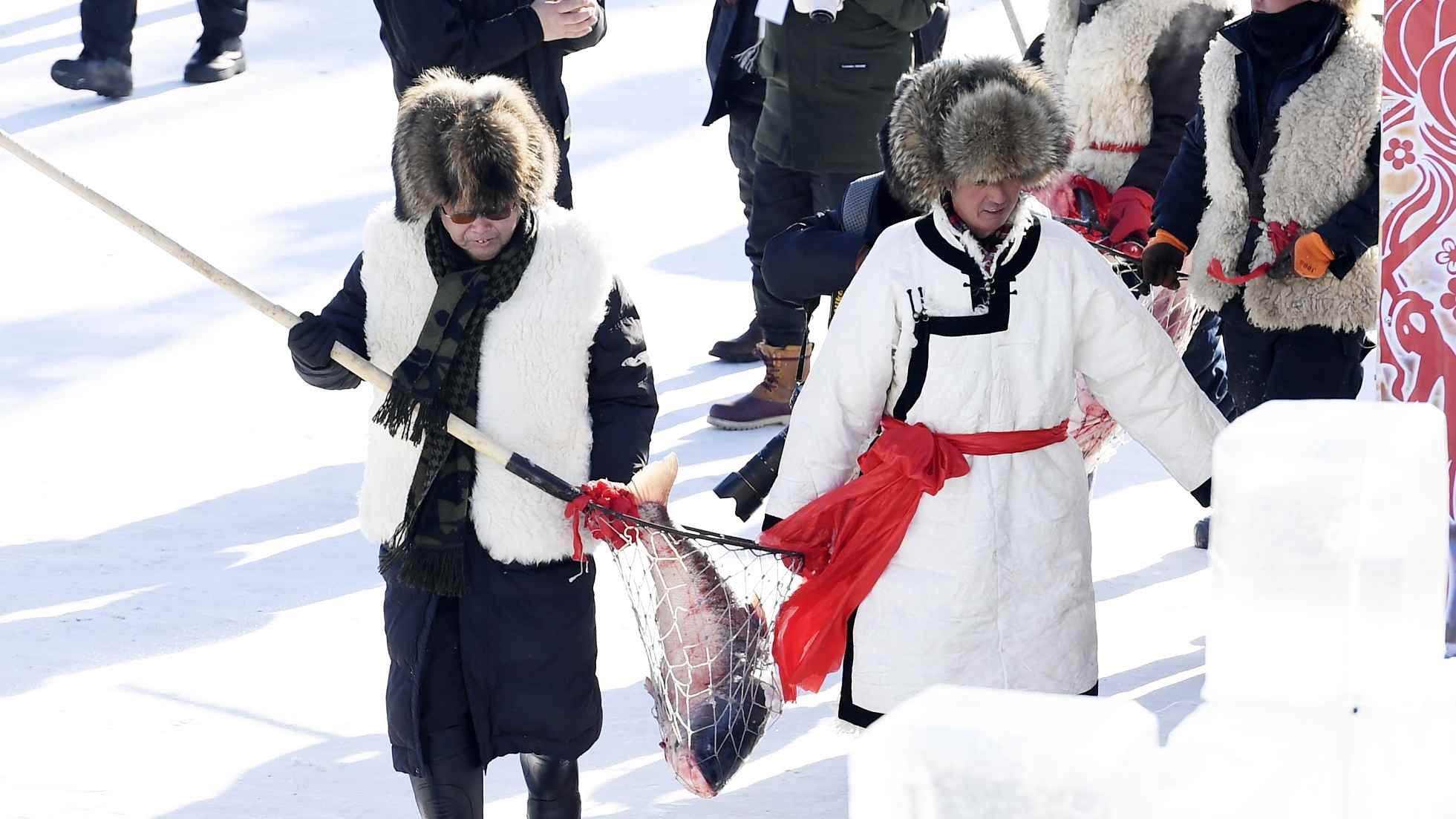 Every winter, local fishermen cut holes on the lake's frozen surface and go fishing dressed in fur hats and white sheepskin coats. The biggest fish caught on the winter fishing season's first day was auctioned at the scene for 999,999 yuan (around 146,000 U.S. dollars). /VCG Photo 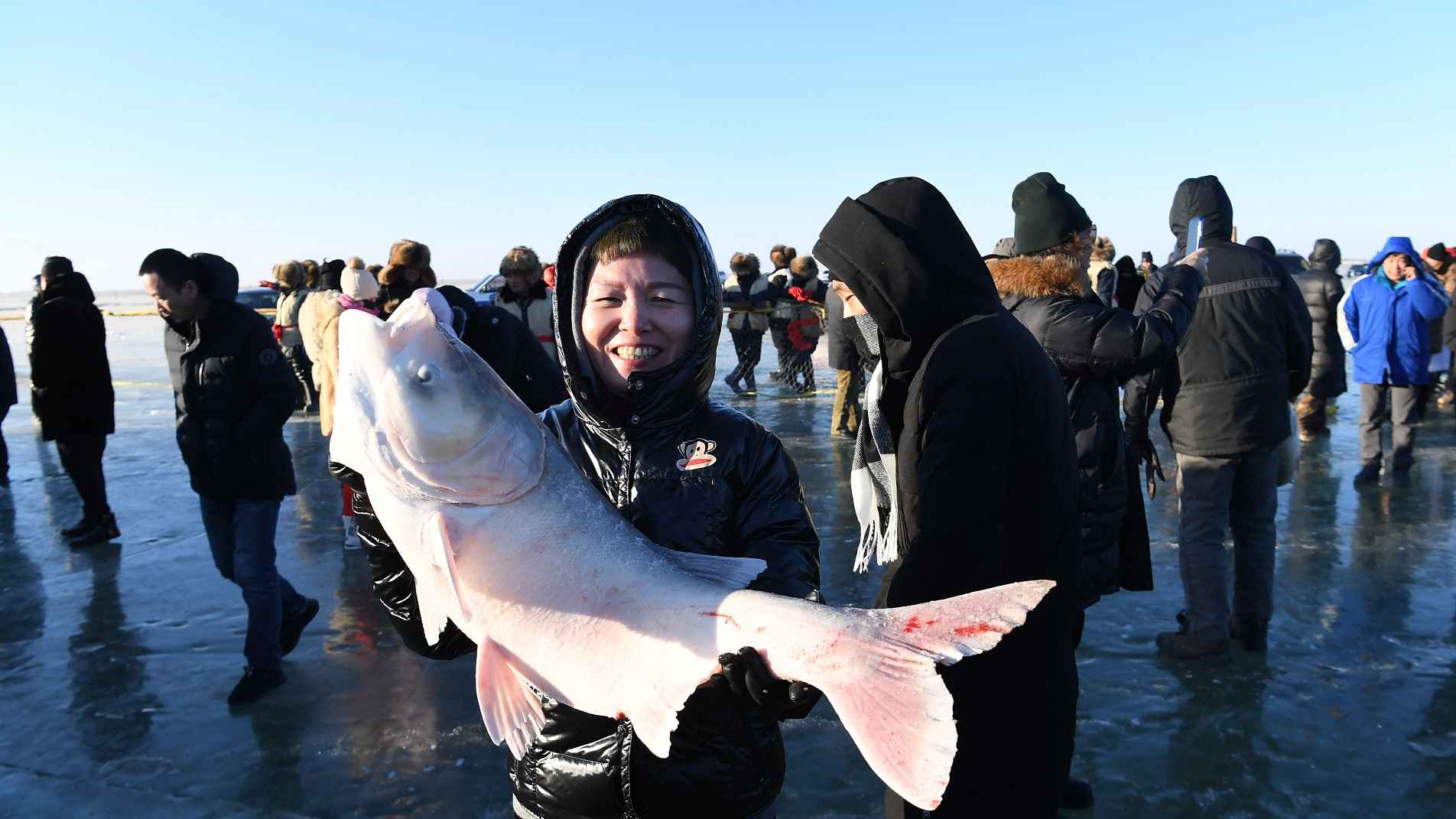 This year’s festival, along with winter fishing themed on ecological fishing and tourism featuring folk customs, will last for two months. /VCG Photo