Australia is facing a severe environmental crisis as the Menindee Lakes have been unnaturally and forcibly drained and dried, preventing the Darling River from flowing naturally and causing the death of over one million fish. /VCG Photo 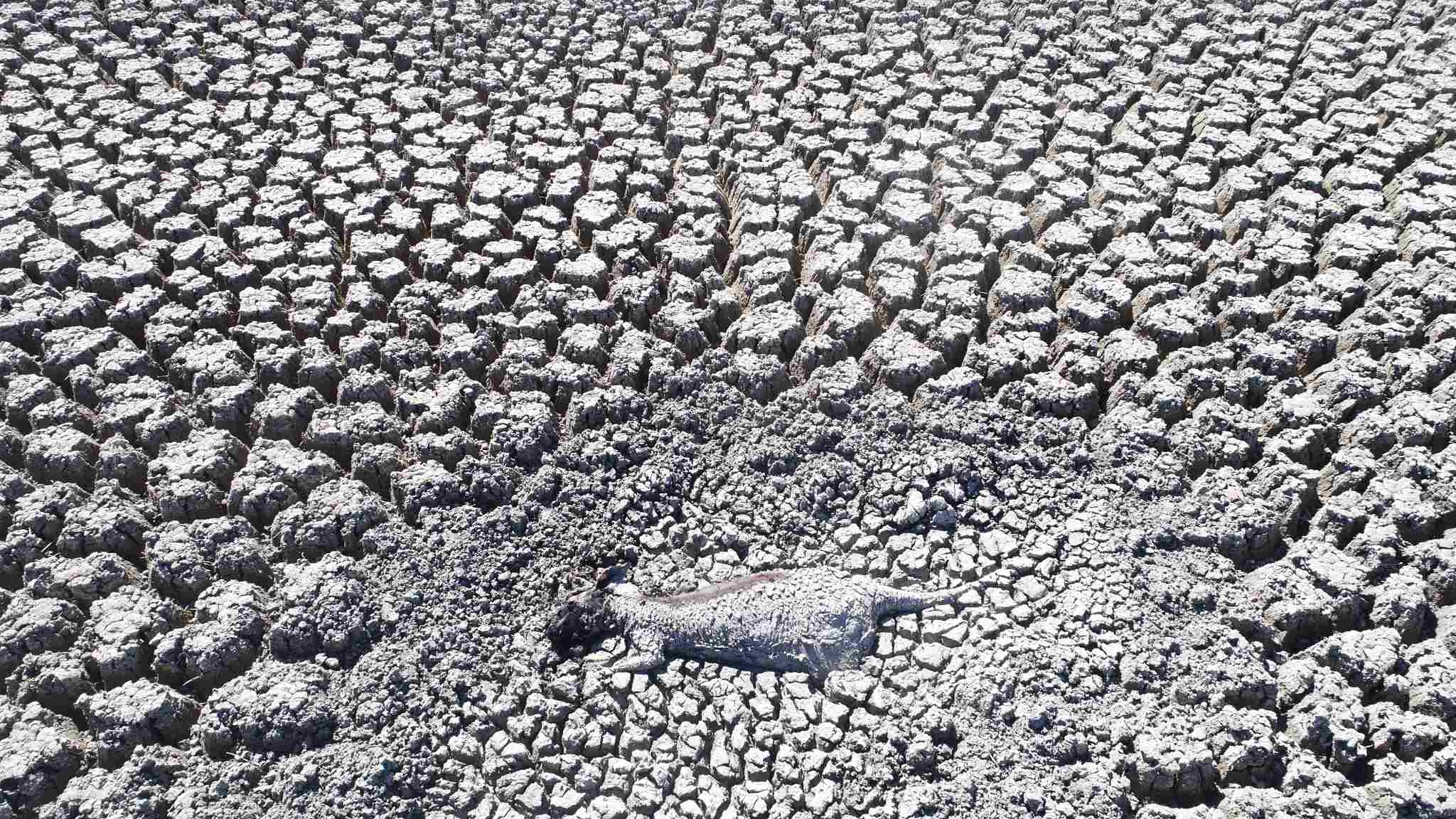 However, the death of a large amount of fish is not the only consequence; other animals living in that region are also struggling to survive. /VCG Photo

Photos have captured dead and dying kangaroos, goats and sheep getting stuck in the drying mud in the drainage canals between the lakes and the nearby Darling River. Some are struggling to escape from the dry bed of Lake Cawndilla. /VCG Photo 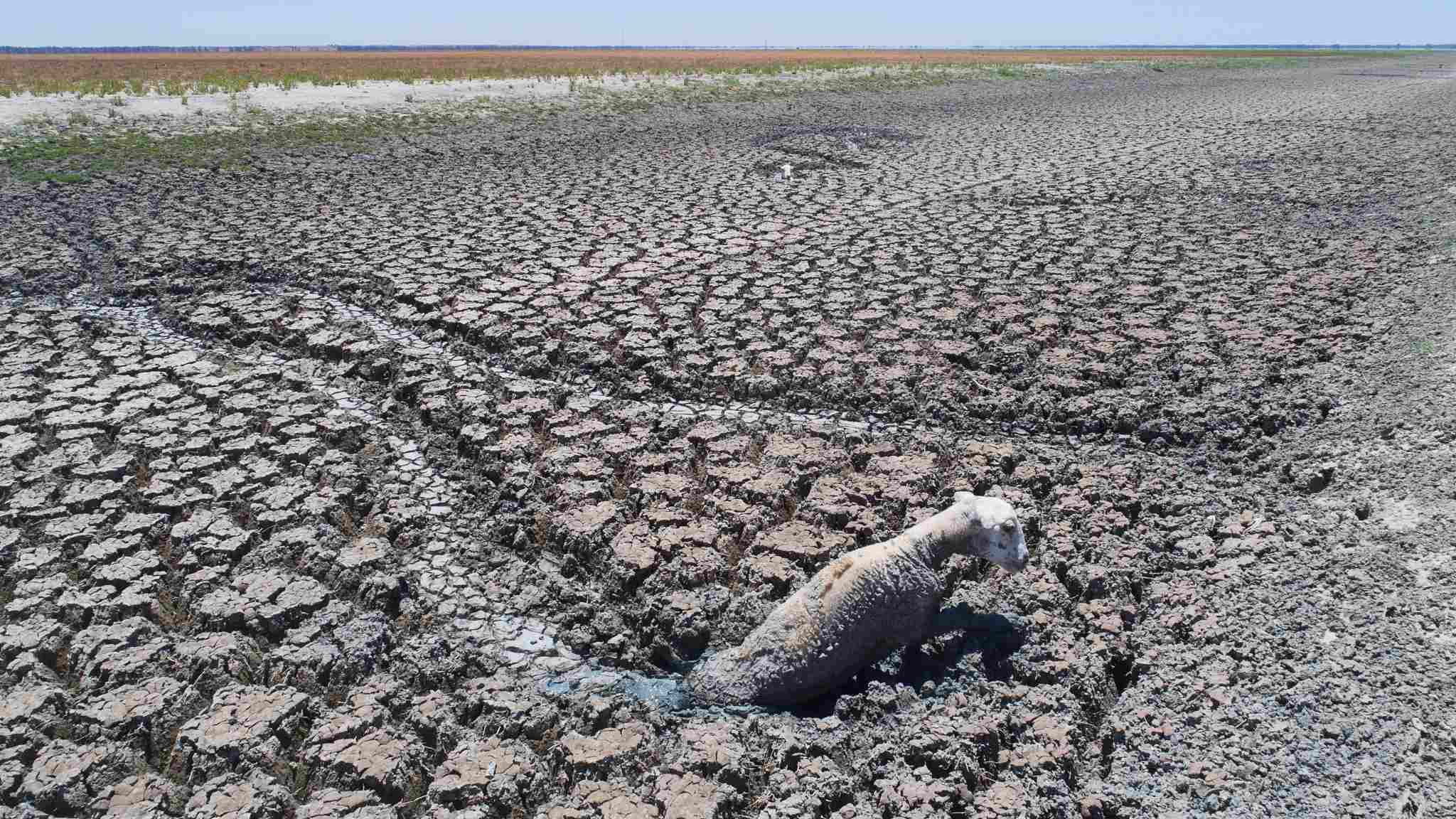 The temperature at Menindee Lakes is expected to hit 41 degrees or more at least six days from Friday, including 44 to 45 degrees in three of the days. /VCG Photo