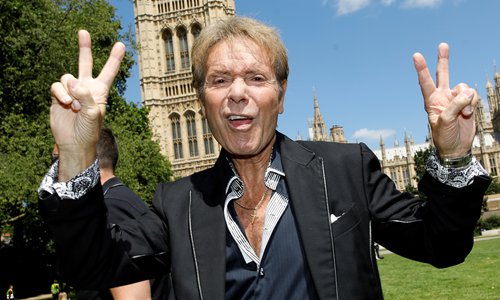 British singer Cliff Richard gestures as he leaves after speaking to members of the media in London on Monday. Richard and radio host Paul Gambaccini, announced they will launch a petition in an attempt to change the law to give anonymity to those accused of sexual offences, until they are charged. Richard and Gambaccini were both falsely accused of sex offences. (Photo: AFP)