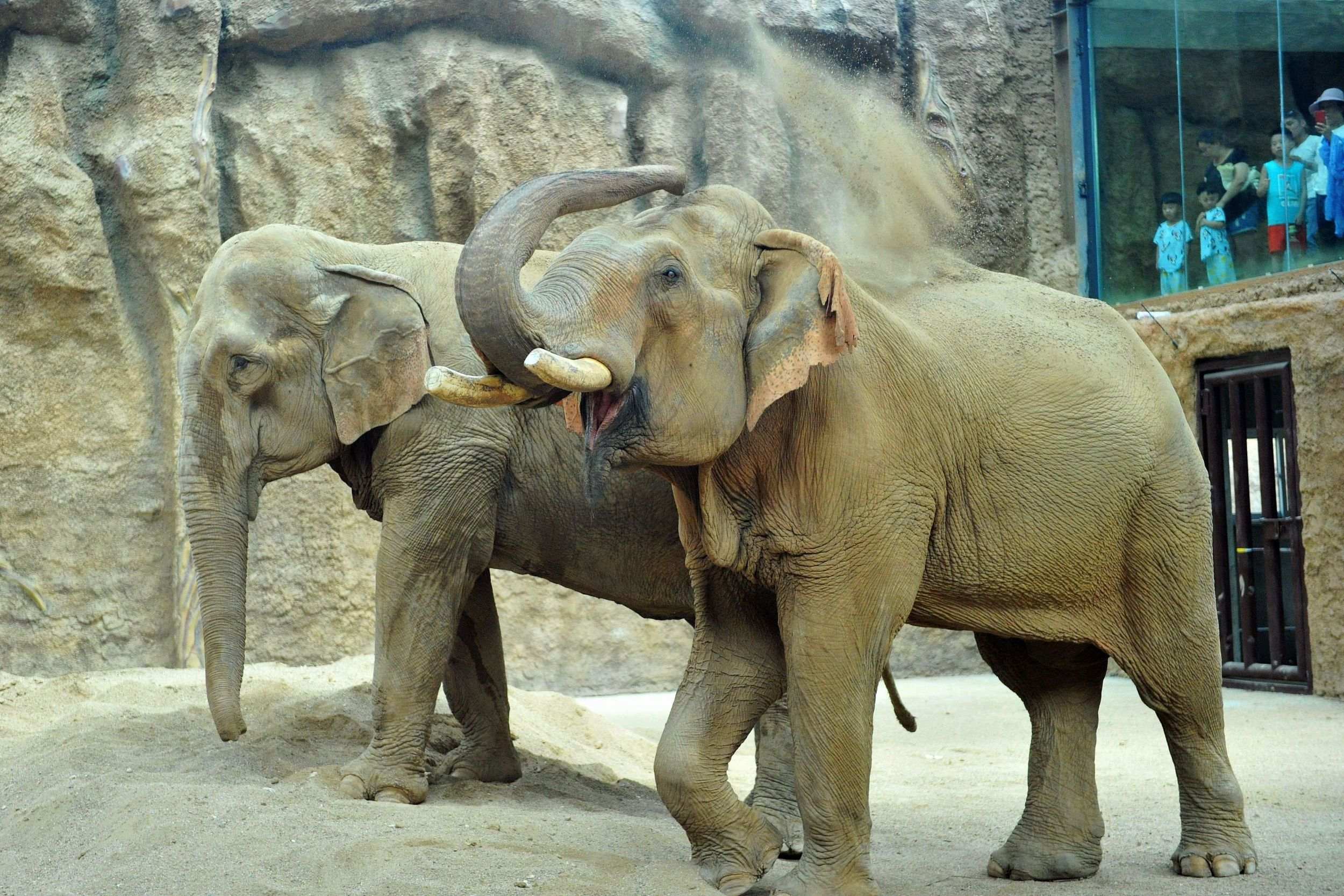 Two Asian elephants being introduced to visitors in the elephant pavilion room on Sunday, World Elephant Day, after adapting with the environment in the Forest Wildlife World of Qingdao, east China’s Shandong Province. /VCG Photo 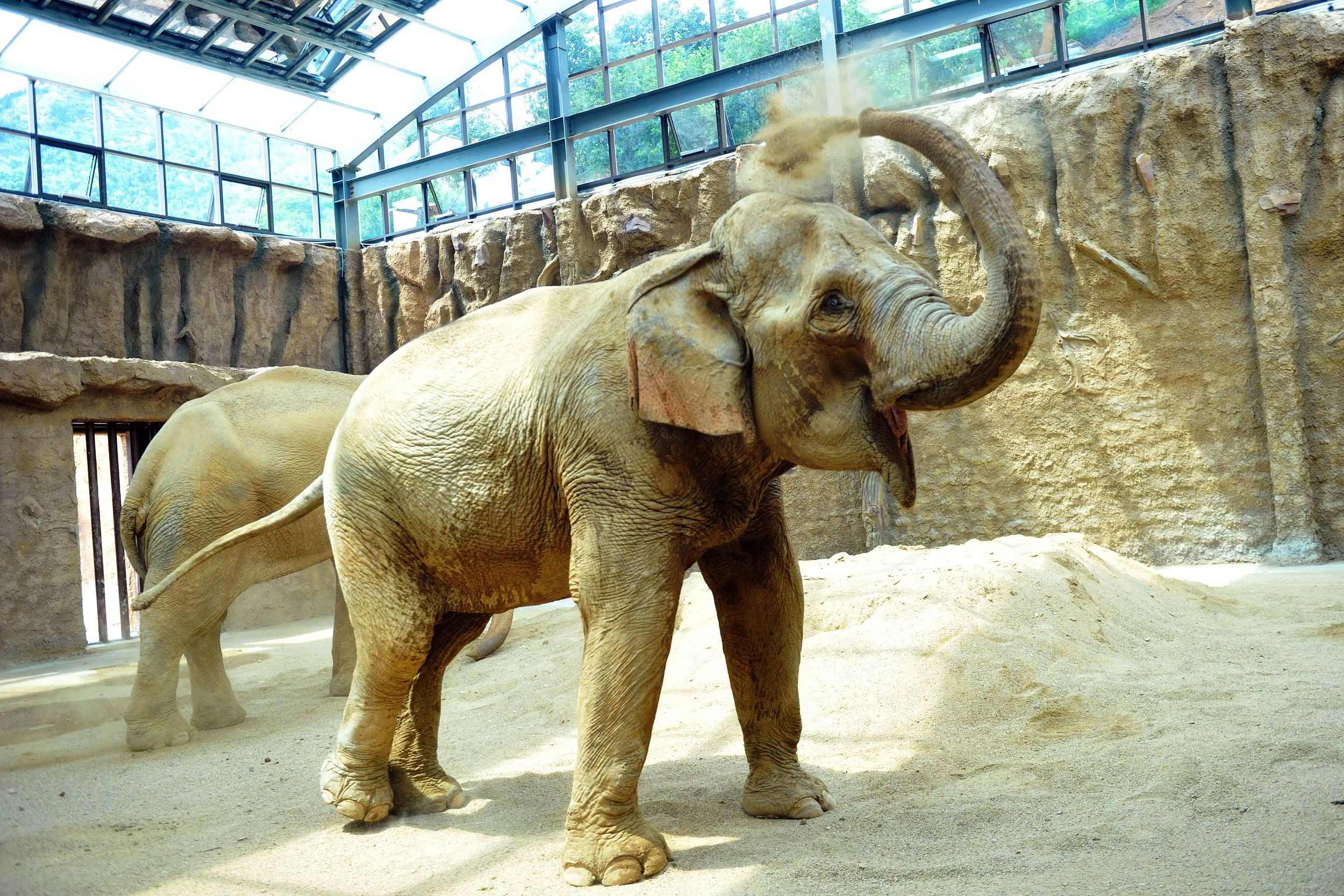 The two weigh 5 tons (the male) and 3.5 tons (the female) respectively. /VCG Photo 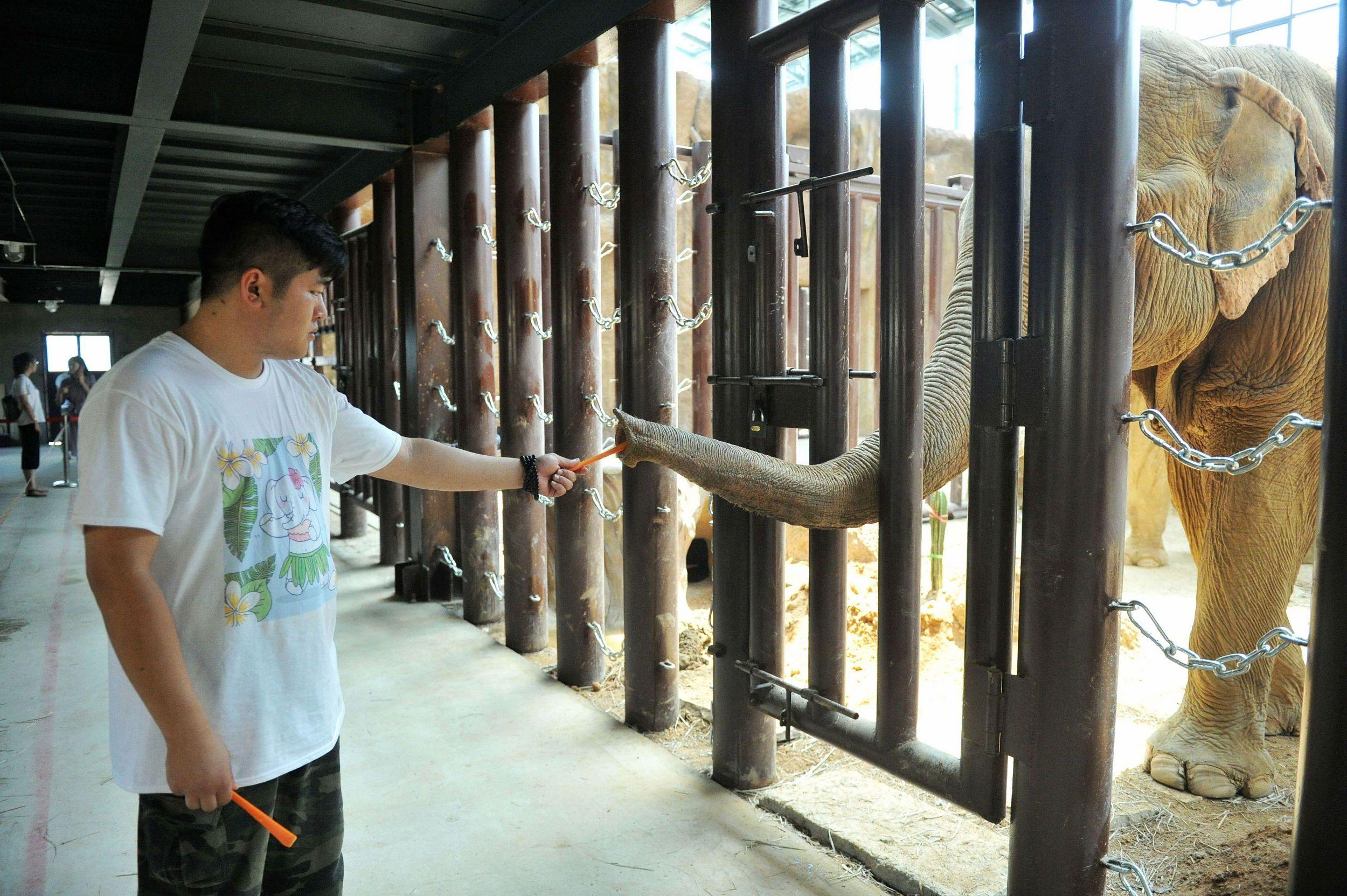 World Elephant Day was set up on August 12, 2012 to call attention to the plight of African and Asian elephants. Climate change and rampant poaching for ivory threaten the survival of the animals. /VCG Photo