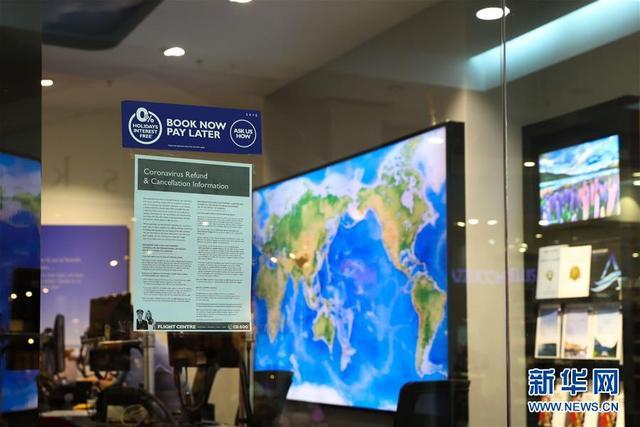 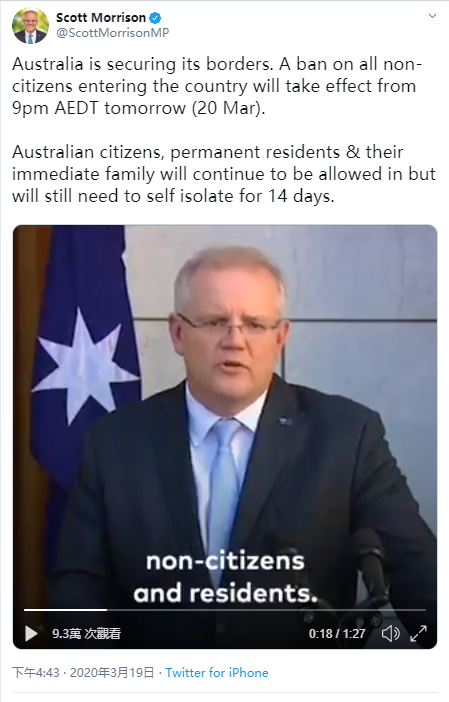 The picture shows the a tweet from Australian Prime Minister Scott Morrison. To prevent COVID-19, he announced on March19 that a ban on all non-citizens entering the country will take effect starting from 9 pm on March 20. Australian citizens, permanent residents and their immediate family will continue to be allowed in but will still need to self-isolate for 14 days.(Photo: Twitter) 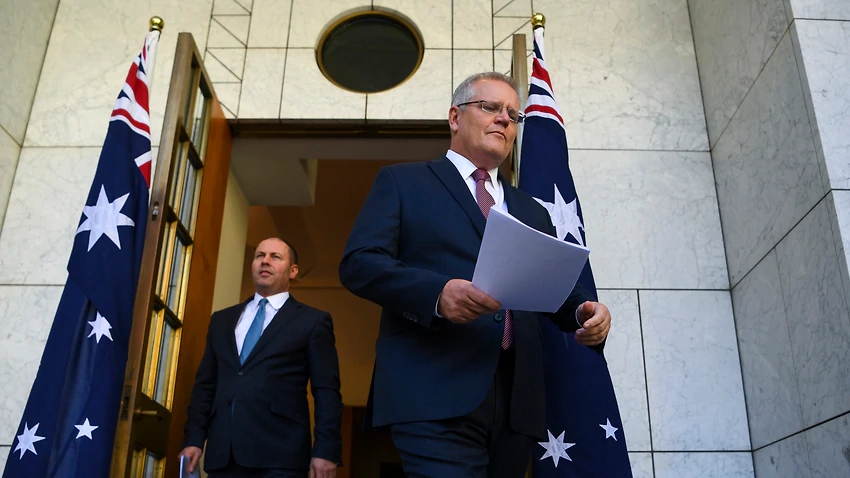 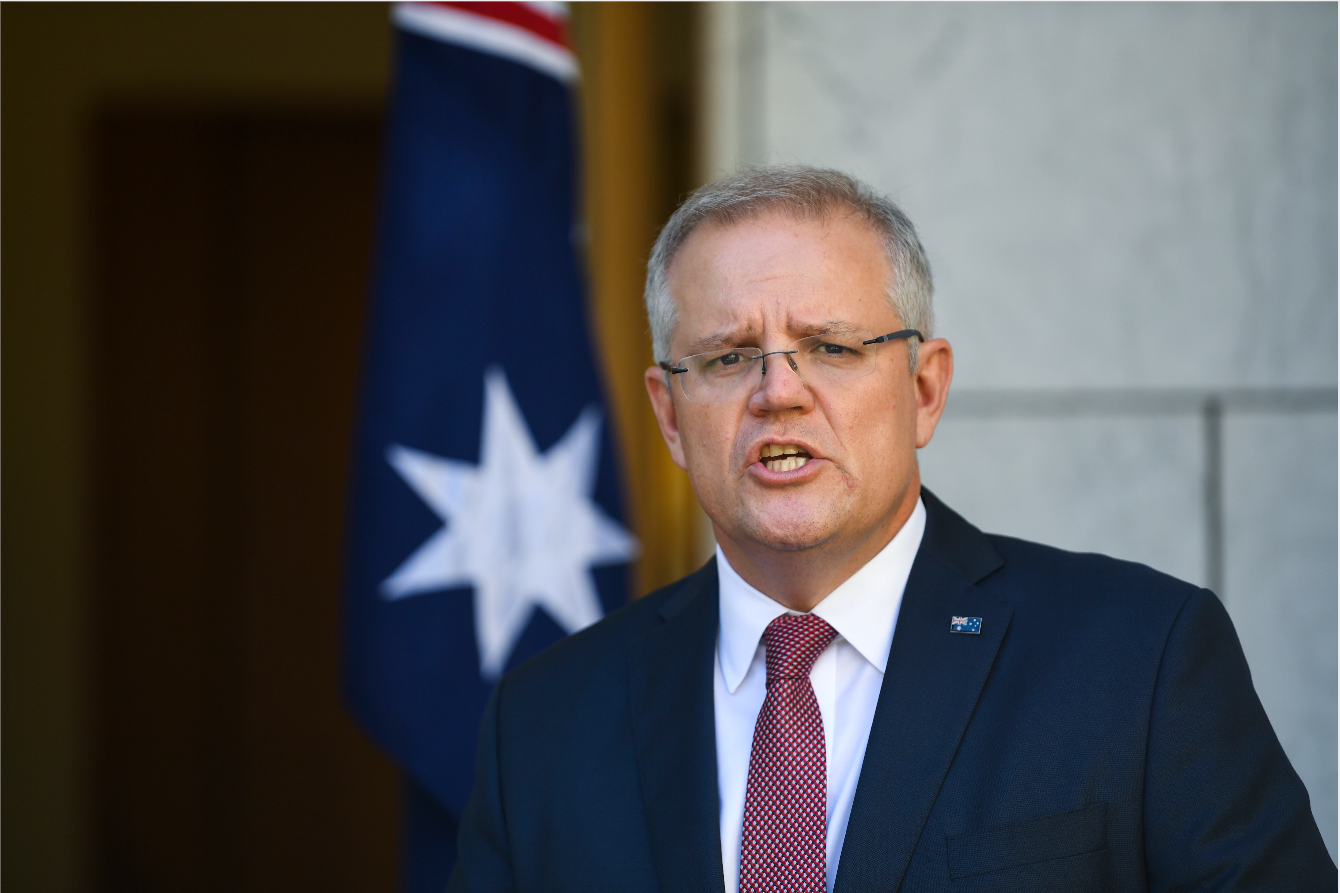 Mr Morrison announced the extra funding would comprise of $234.9 million in retention bonuses, $78.3 million to support continuity of workforce and $26.9 million to keep facilities financially viable.（Photo：AAP）