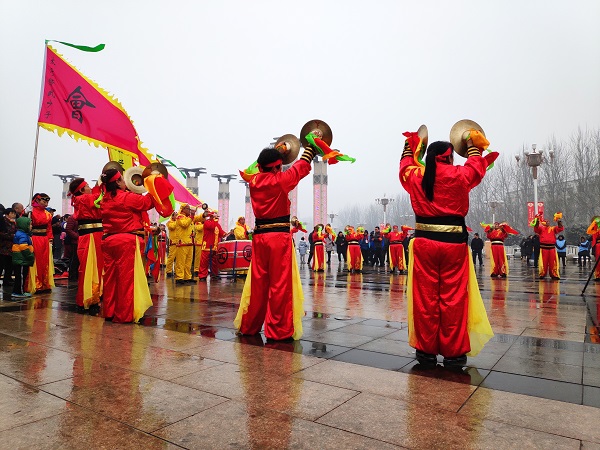 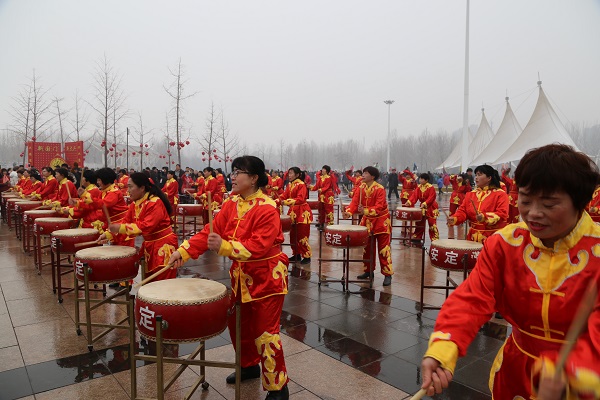 Relocated residents from Beijing’s new airport project celebrate their very first Spring Festival with traditional performances from Beijing and Heibei Province. The photo shows the drum beating of Anding town. This team was set up in 2009 and the number of its performers has increased from 50 to 500 from 11 villages. 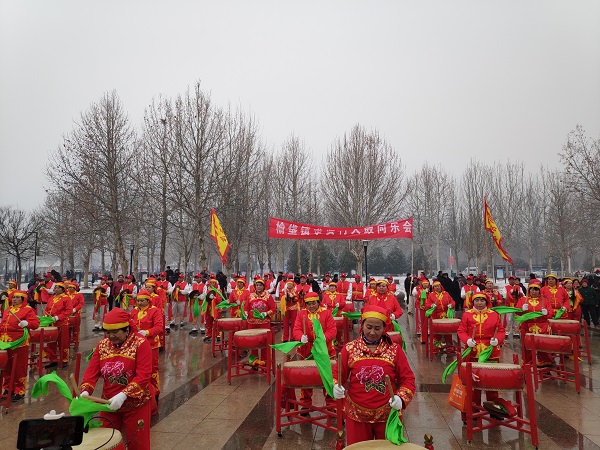 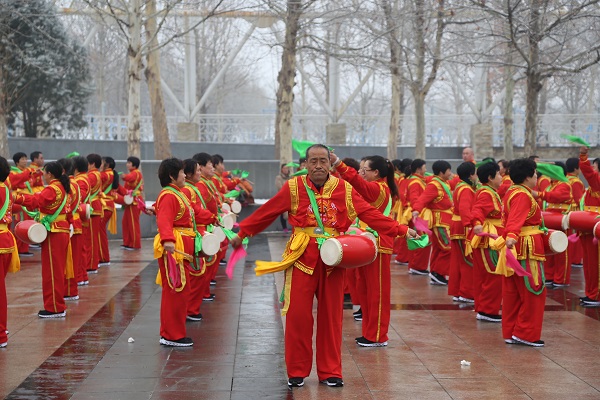 This photo shows the waist drum performance with its performers from 5 villages. Performers attach the drum to their waists and both sides of the drum can be beaten. The team was set up in 2017 and now consists of 80 performers. 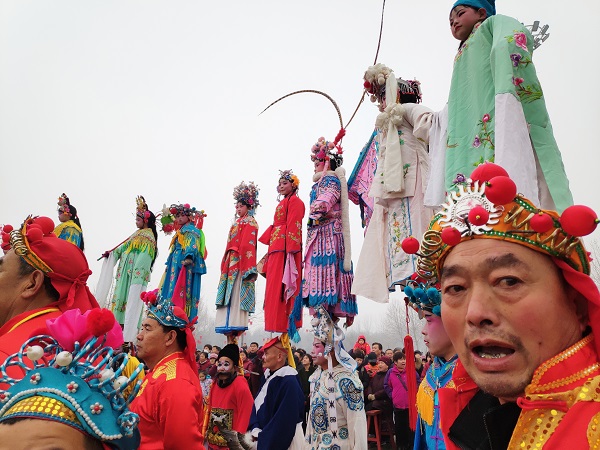 This photo shows the Chong Ge Fair from Langfang City, Hubei Province. Chong Ge Fair, one of the national intangible cultural heritages, began in the Qianlong years of the Qing Dynasty. 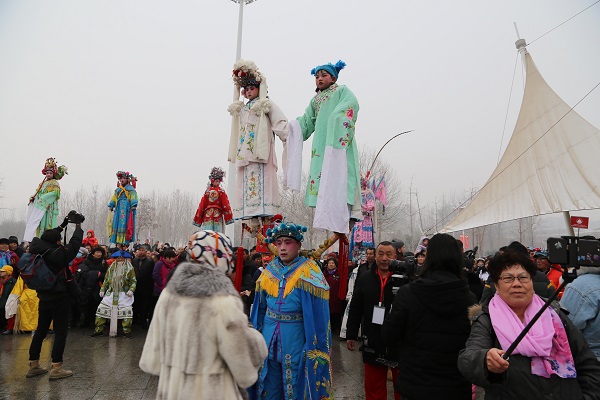 Chong Ge Fair features two layers of opera performers with the lower layer of strong men and the upper layer of child performers. 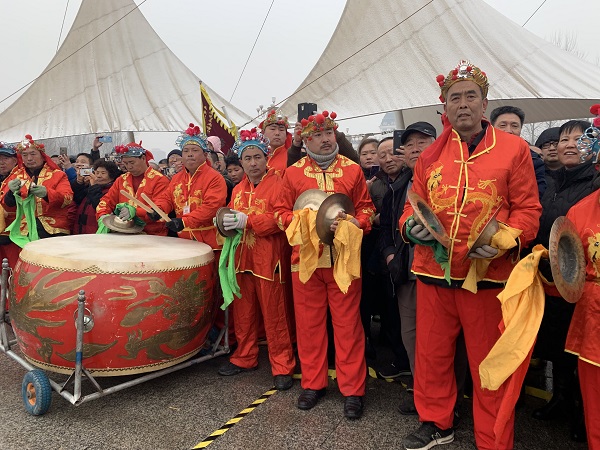 This photo shows performers beating a drum as the part of the Chong Ge Fair. 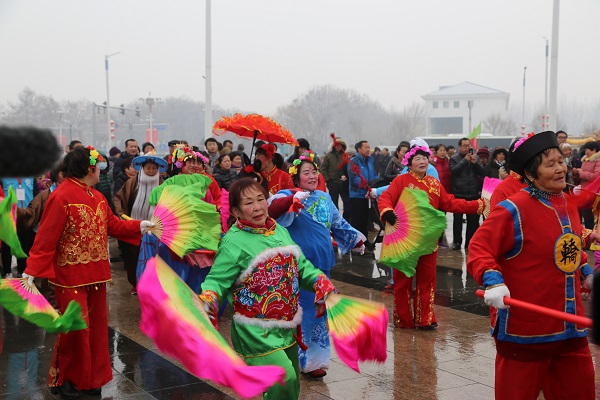 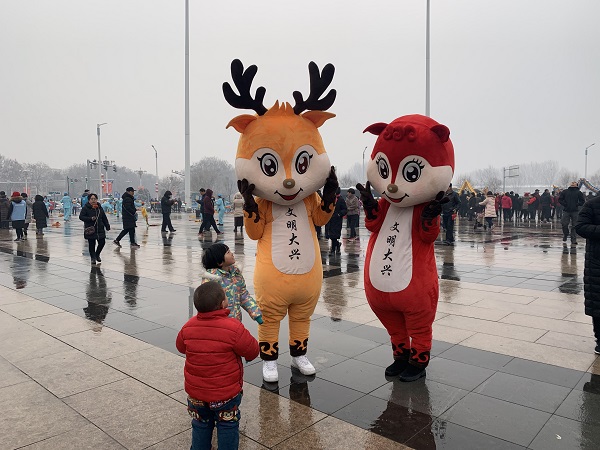 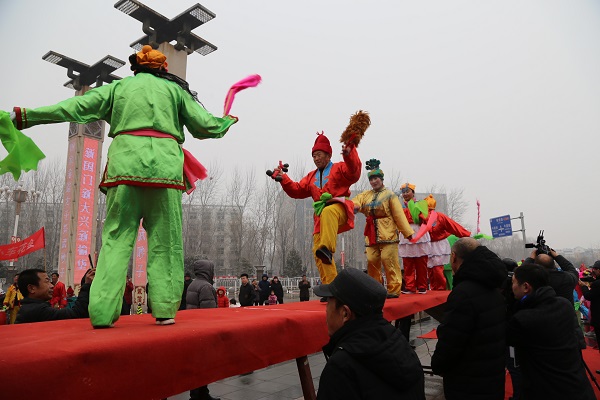 This photo shows performers in colorful costumes crossing a bridge. 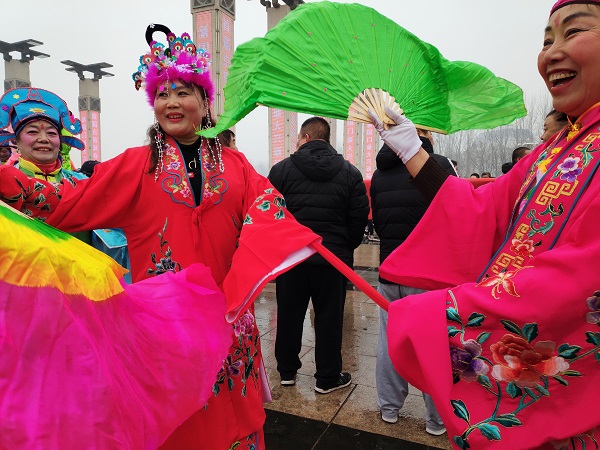 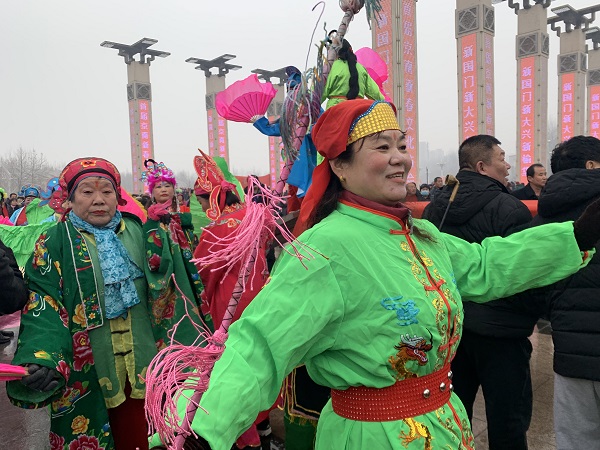