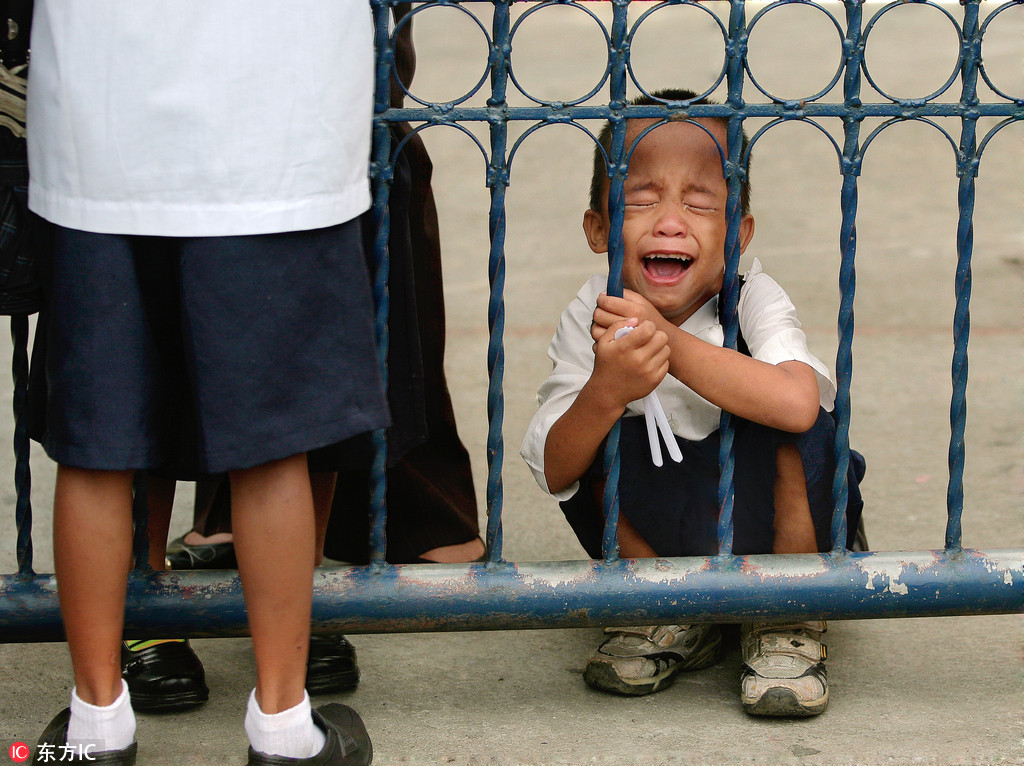 Time flies! Summer vacation is about to end, and kids will return to school soon. Let's see how kids from different countries react on their first school day. Photos: IC 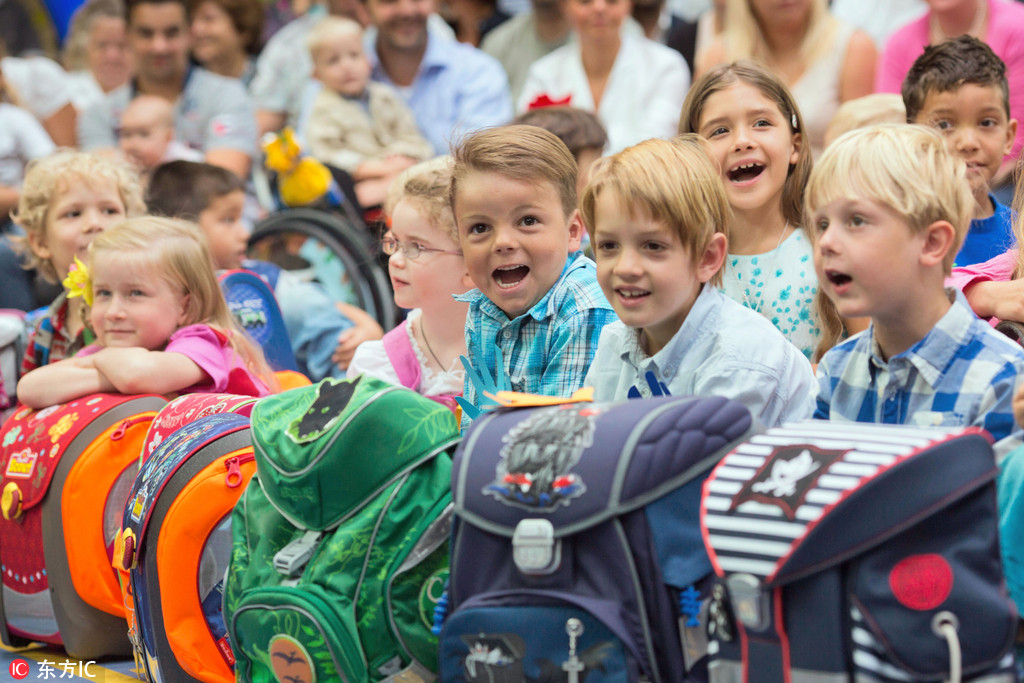 First graders in Germany attend an enrollment ceremony holding their school bags at Merian School in Frankfurt am Main, Germany on Aug 14, 2012. 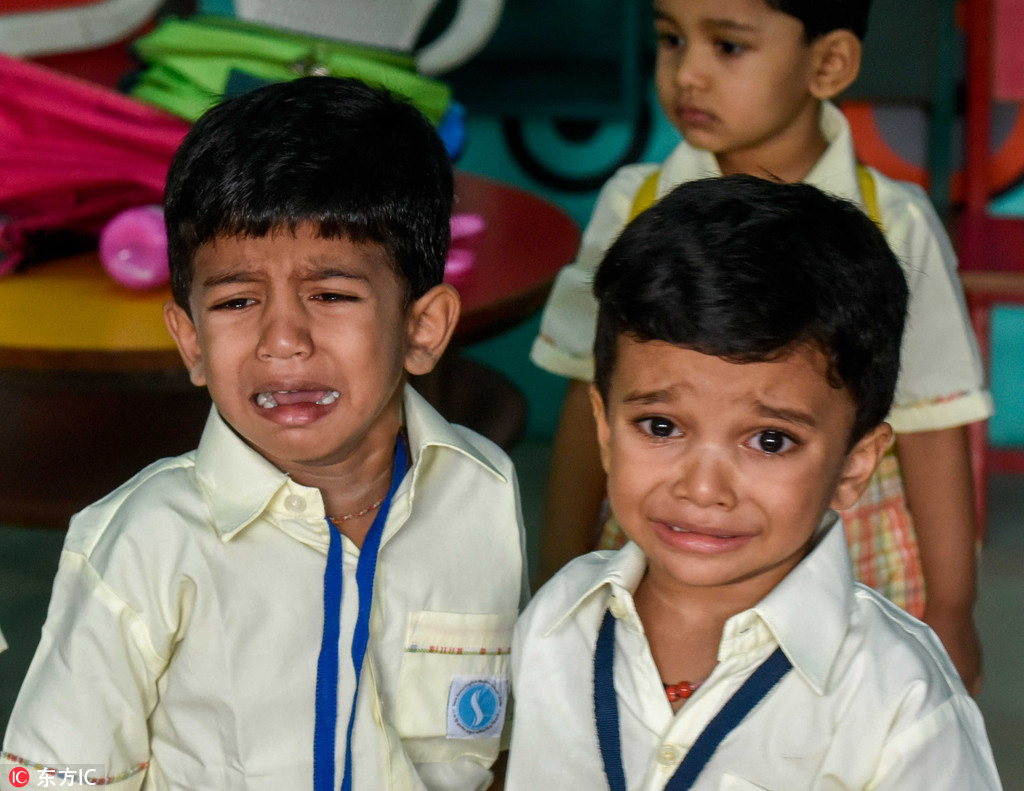 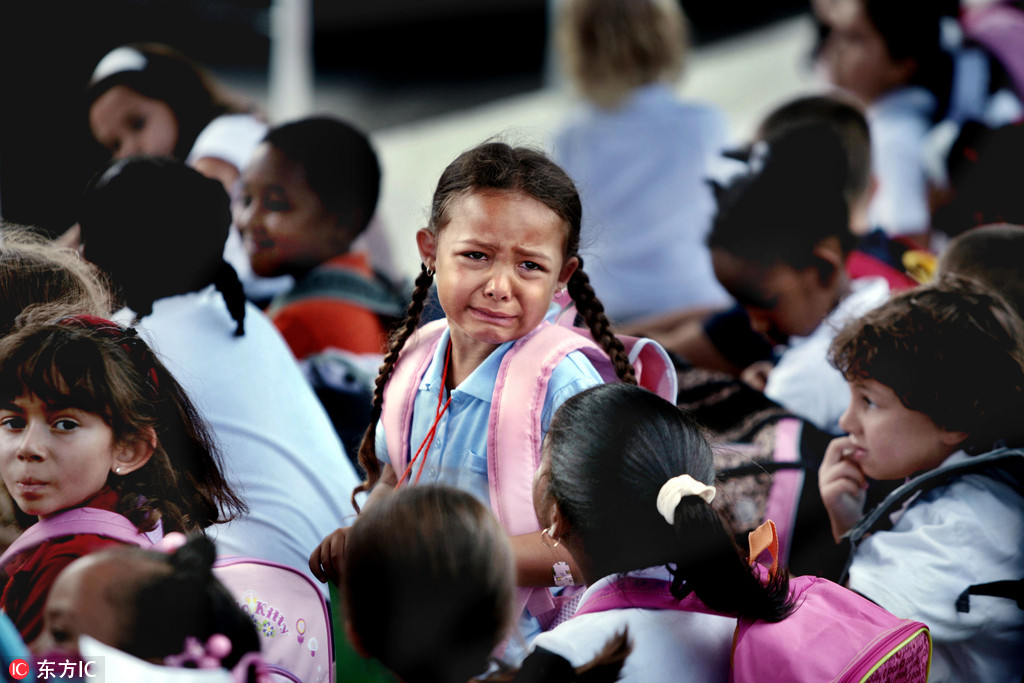 Teary-eyed first grade student Trinity Nazario, 6, cries as she waits for her father Angel Nazario in Port St. Lucie, Florida, US on Aug 20, 2007. 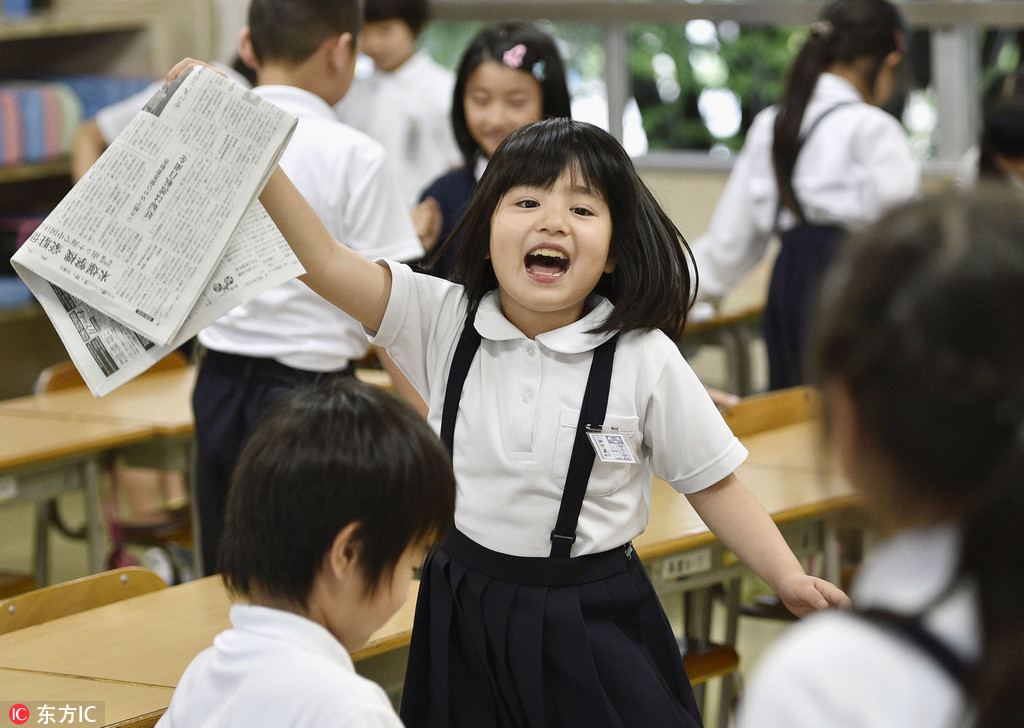 A Japanese girl enjoys a moment in her classroom as her elementary school, which has been closed following a massive earthquake, resumes classes in the city of Kumamoto, Kumamoto Prefecture, southwestern Japan on May 9, 2016. 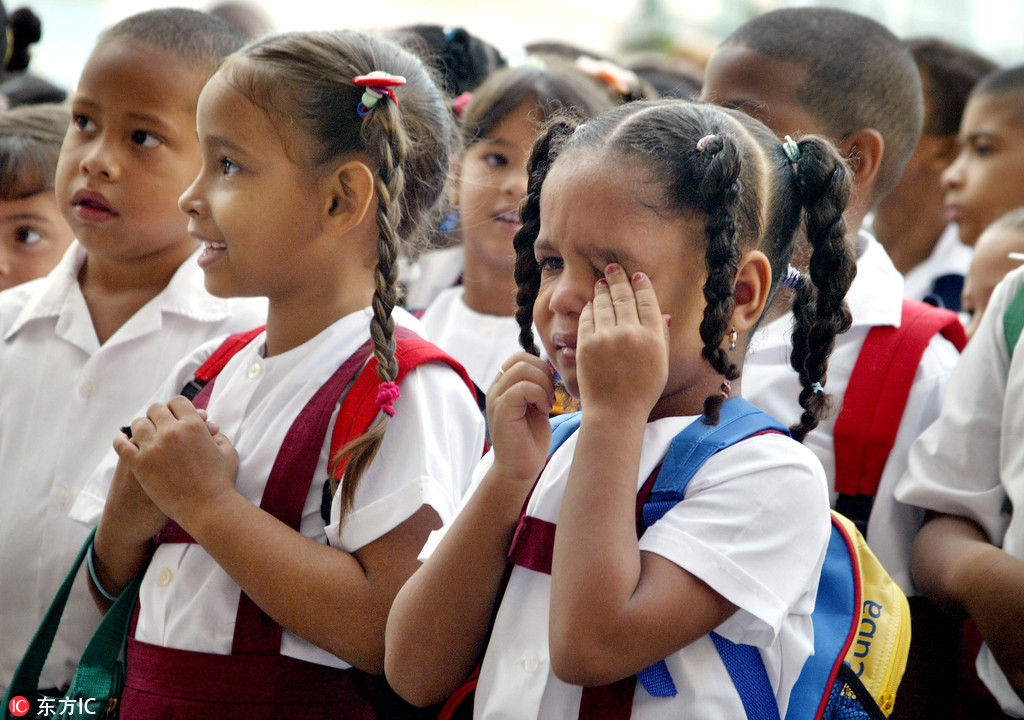 A Cuban girl, right, cries while lining up for classes on the first day of school in Havana, Cuba on Sept 6, 2004. 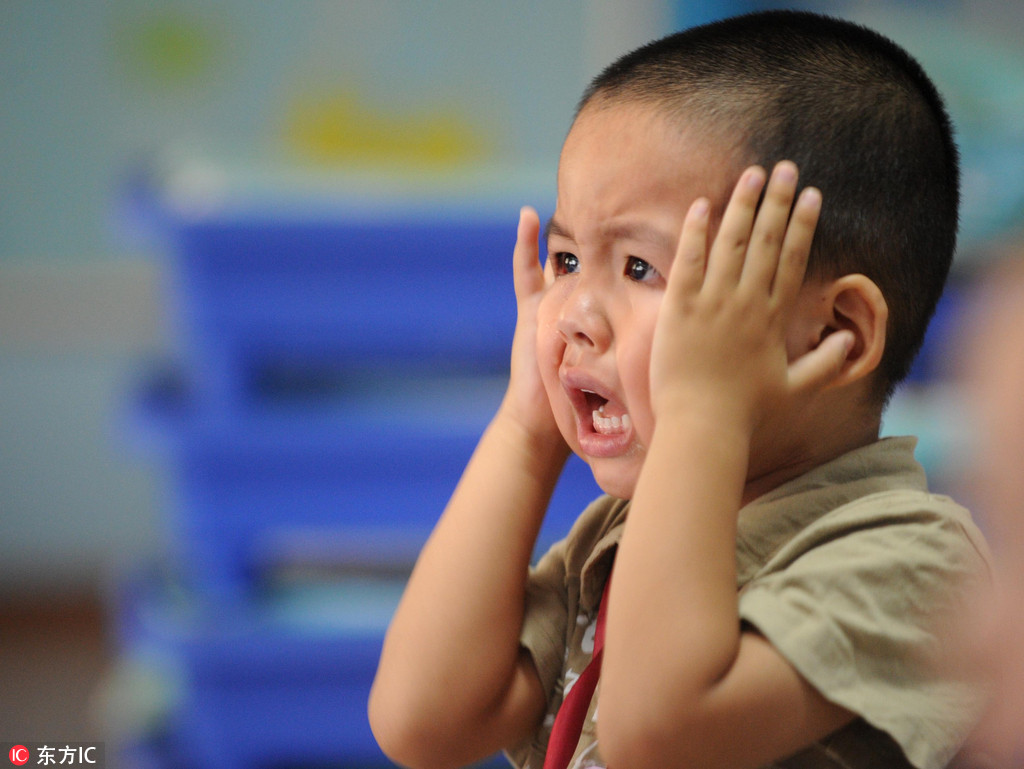 A Chinese boy is about to break down on his first day to kindergarten in Tianjin on Sept 11, 2011. 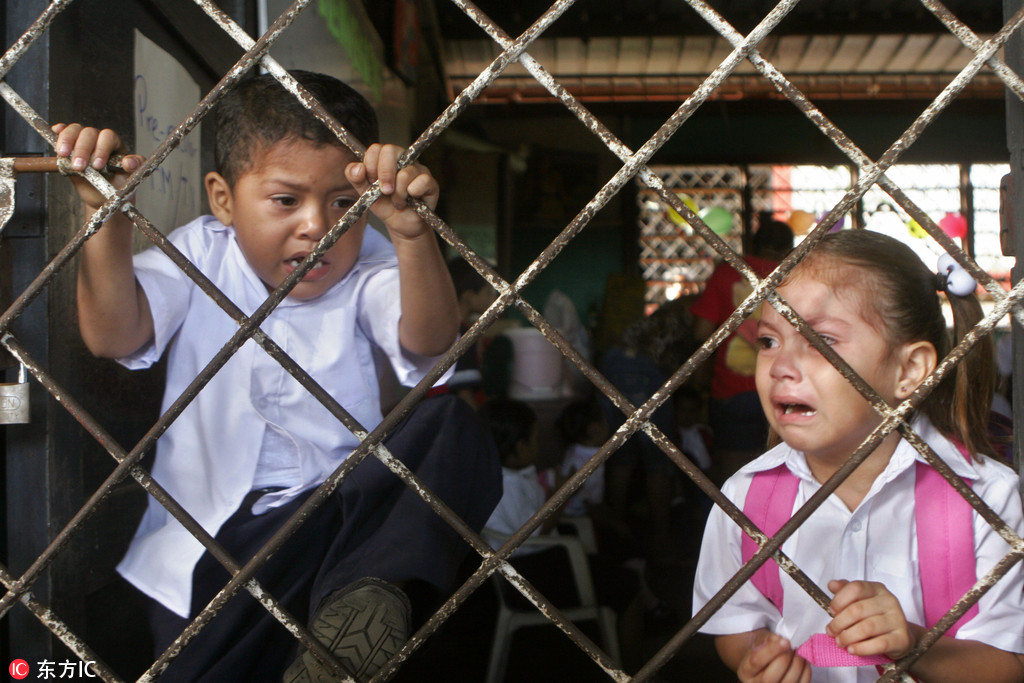 A girl cries while a boy tries to climb a chain-link inside their school during the first day of the school year in Managua, Nicaragua on Feb 4, 2008. 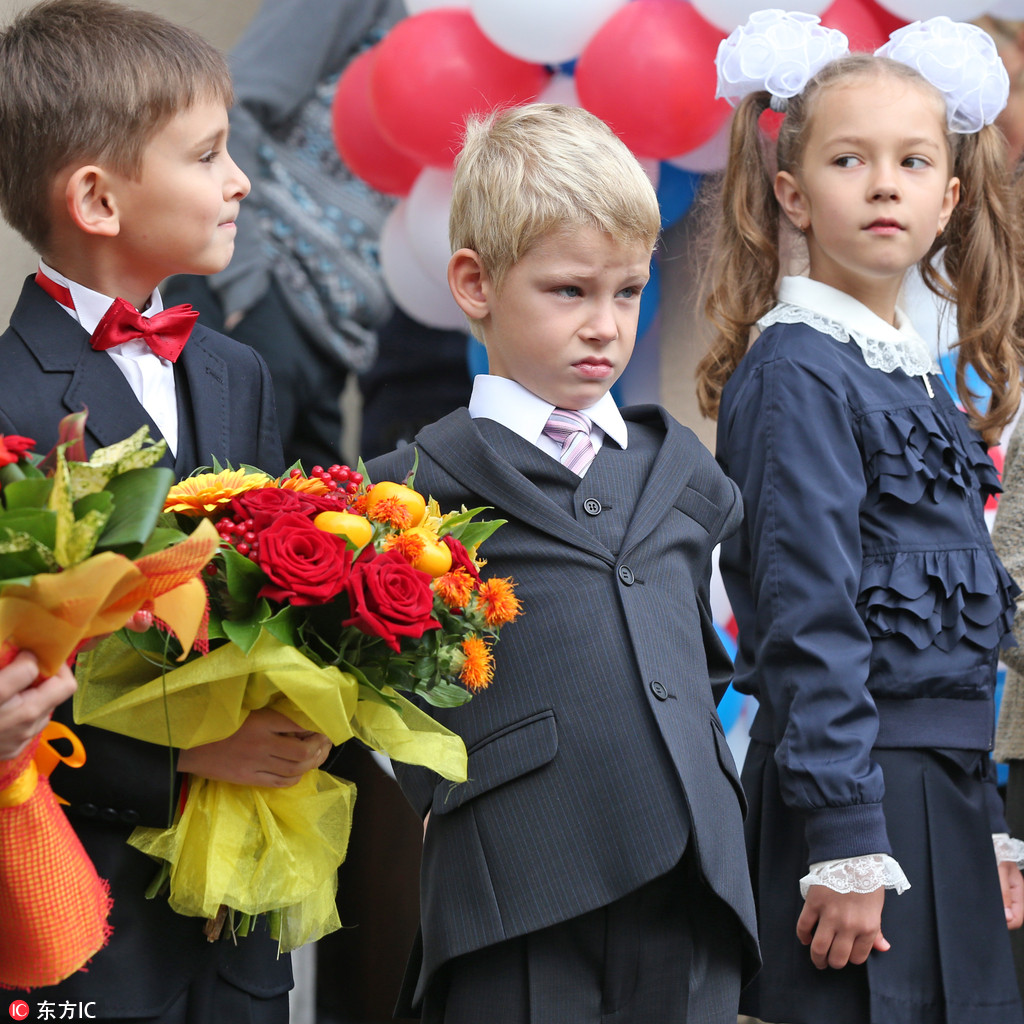 First-grade pupils with flowers are seen at the school lineup on Knowledge Day, the day when the new school year traditionally begins in Russia on Sept 2, 2013.