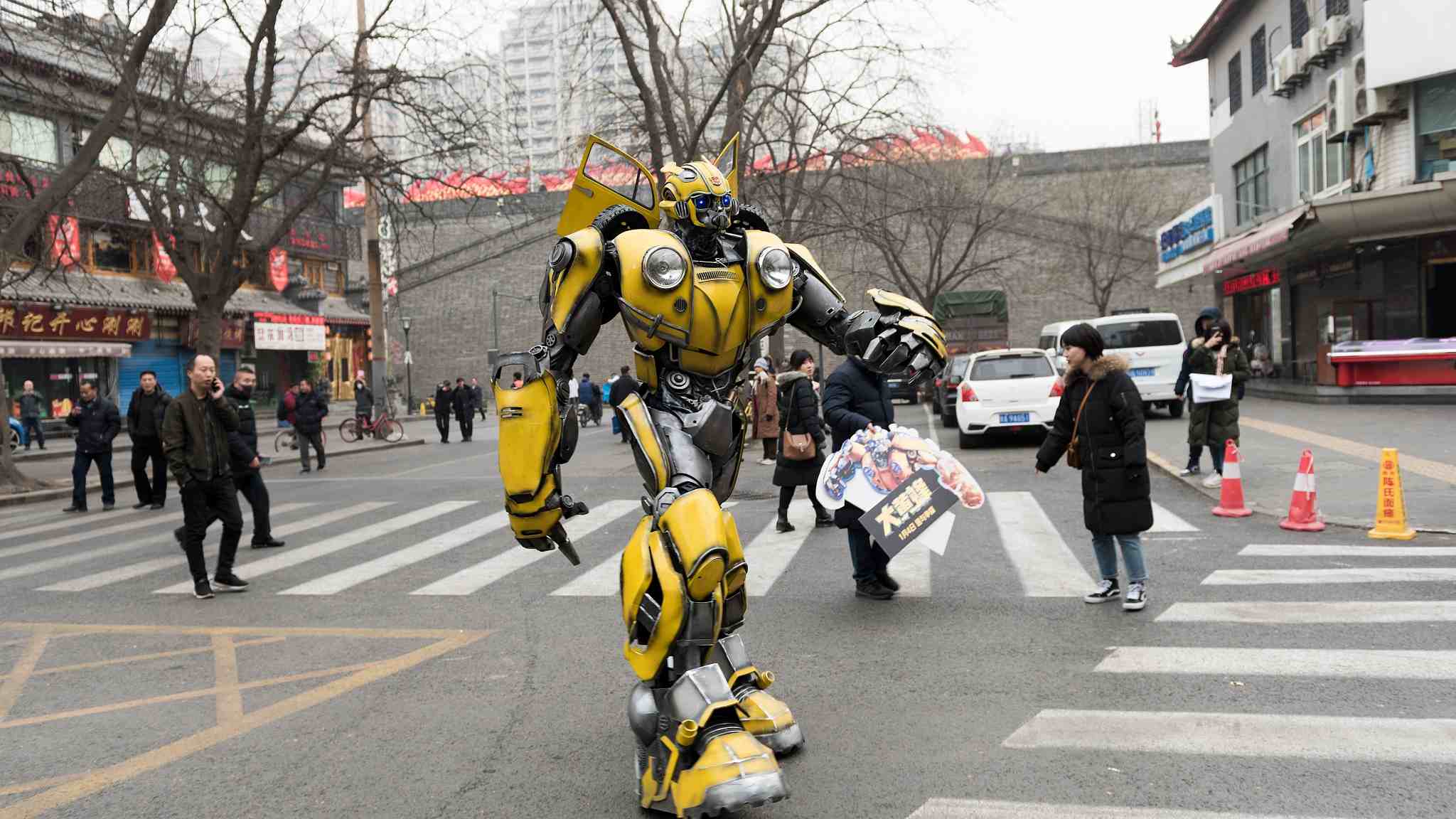 The 2.4-meter-tall figure attracted a lot of attention while it posed to eat snacks outdoors at a restaurant and get a haircut on the street. 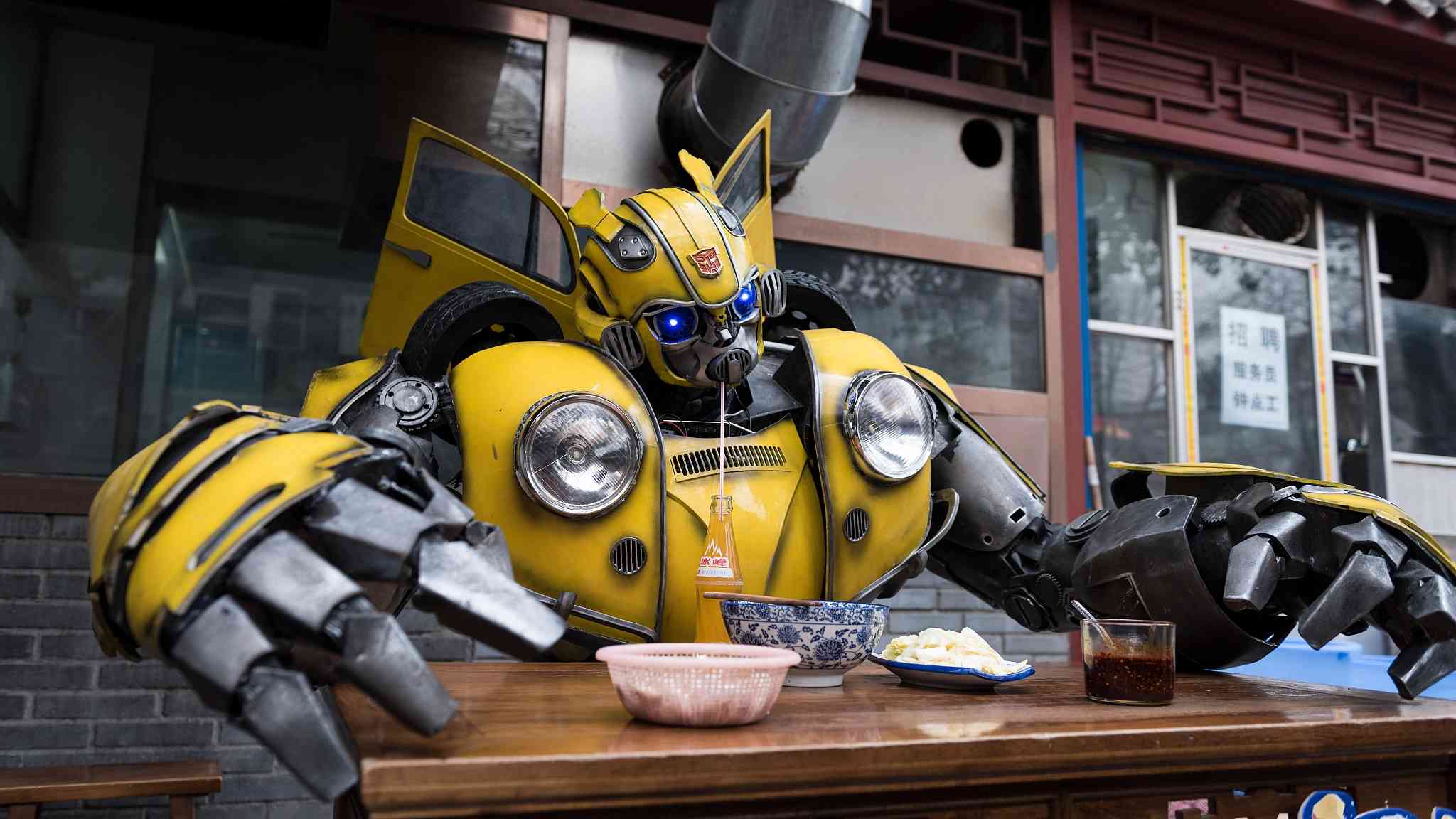 The appearance of Bumblebee was to promote the movie of the same name, which came out in the city on Friday. 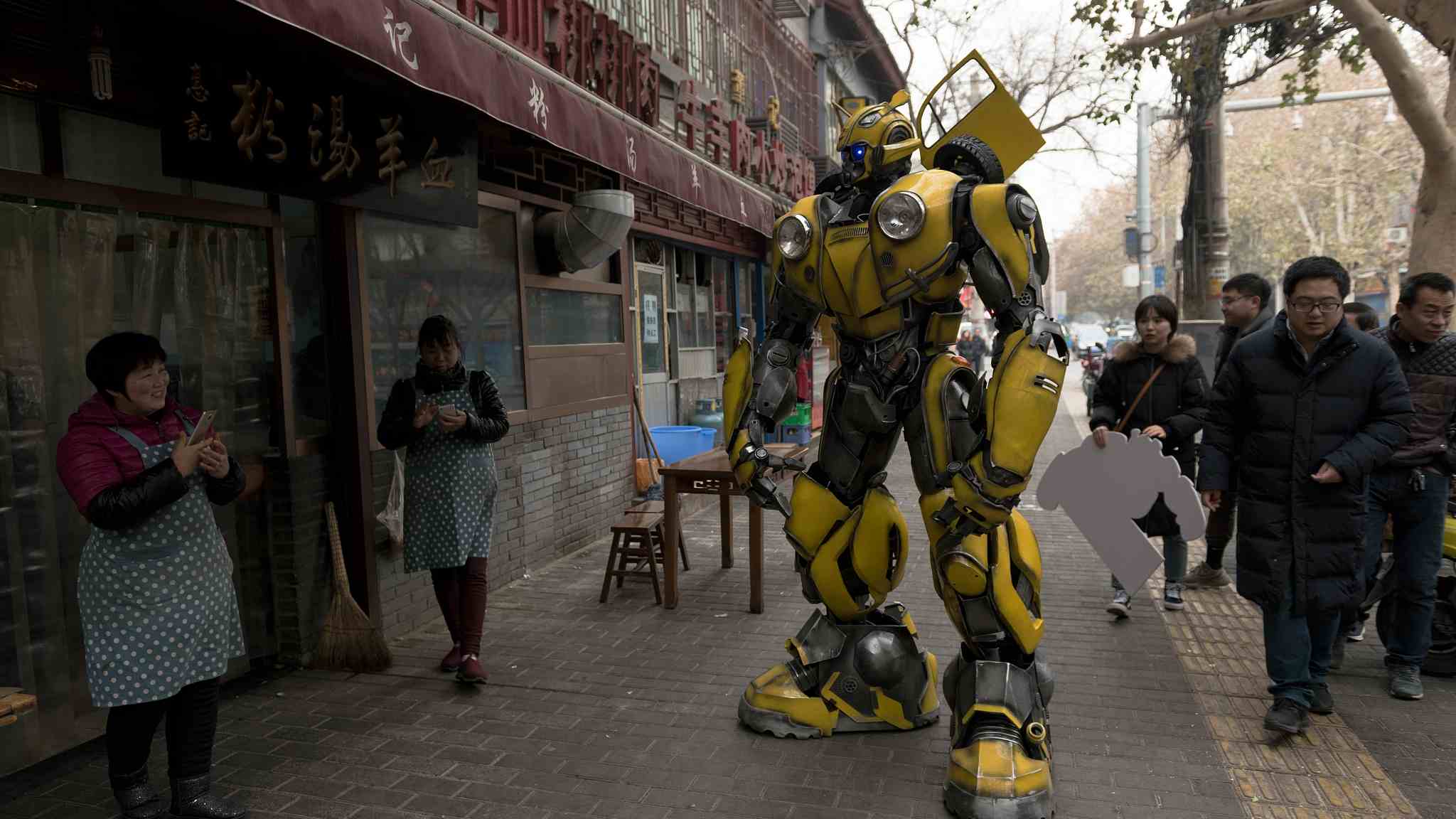