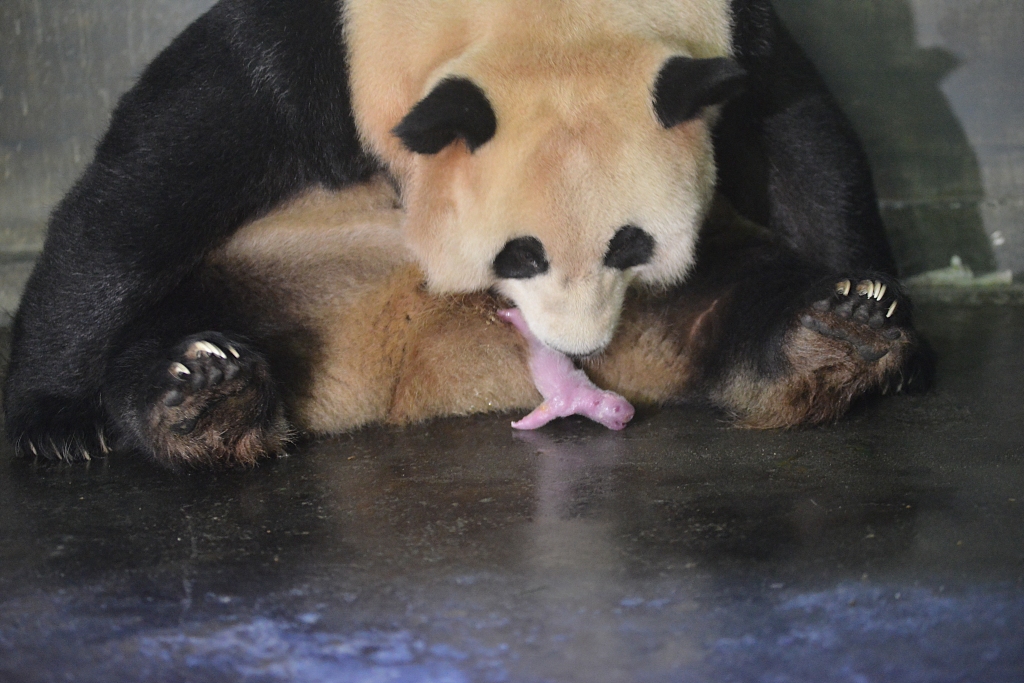 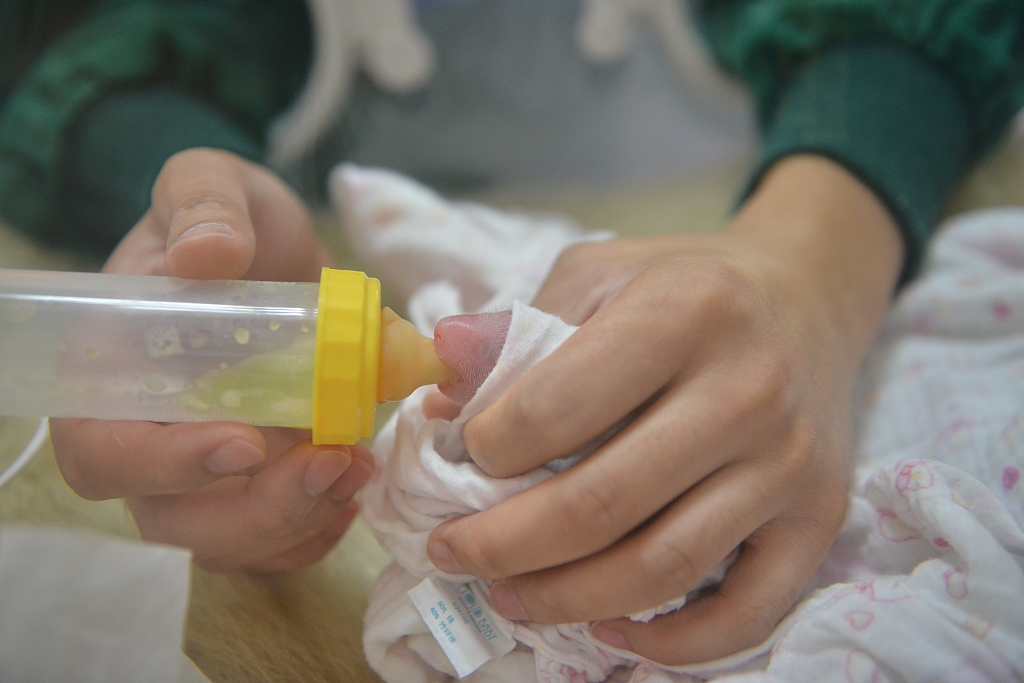 The staff feeds the baby panda. It’s the first time a pigeon pair were born to both captive and wild parents. (Photo: VCG) 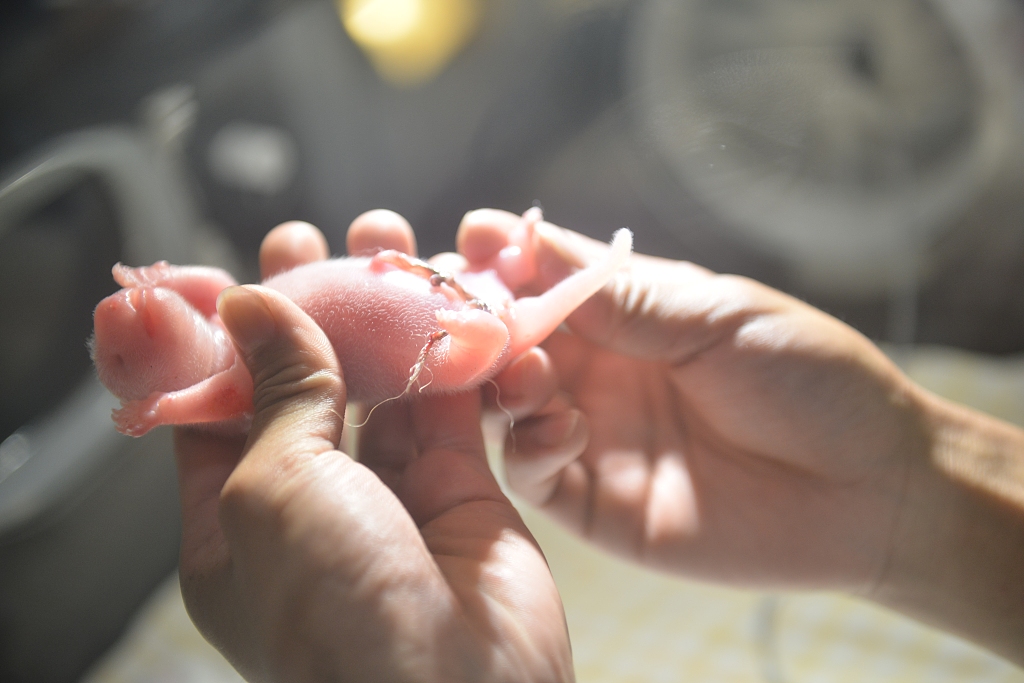 The staff checks the sex of the baby panda. The two baby pandas increase the genetic diversity of captive pandas. (Photo: VCG) 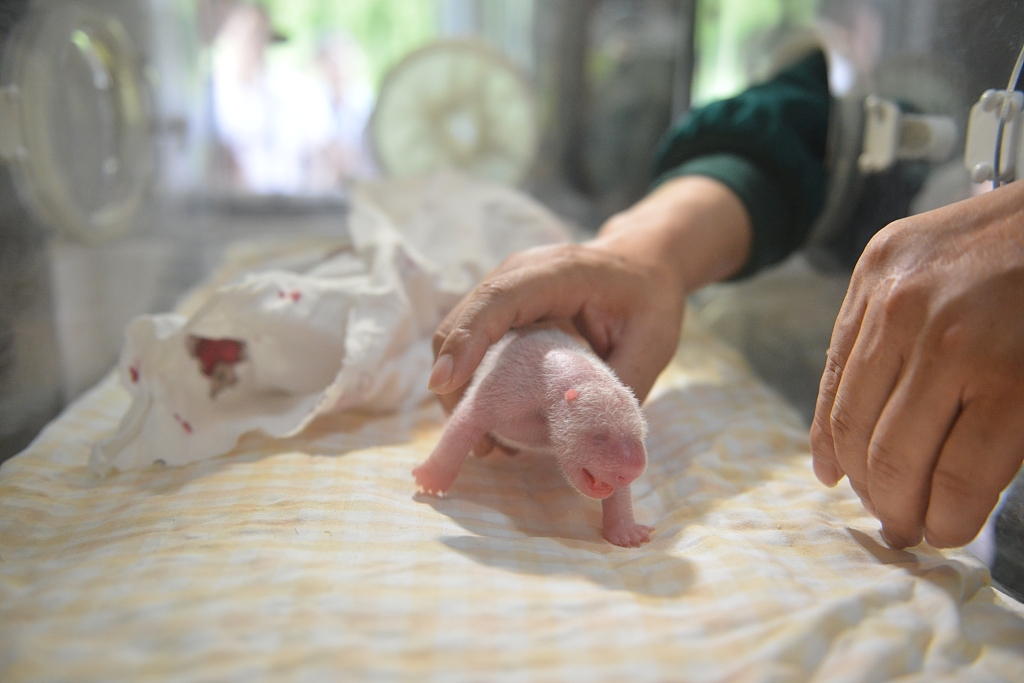 Experts at the Shenshuping panda base in Wolong will take care of the female cub. (Photo: VCG) 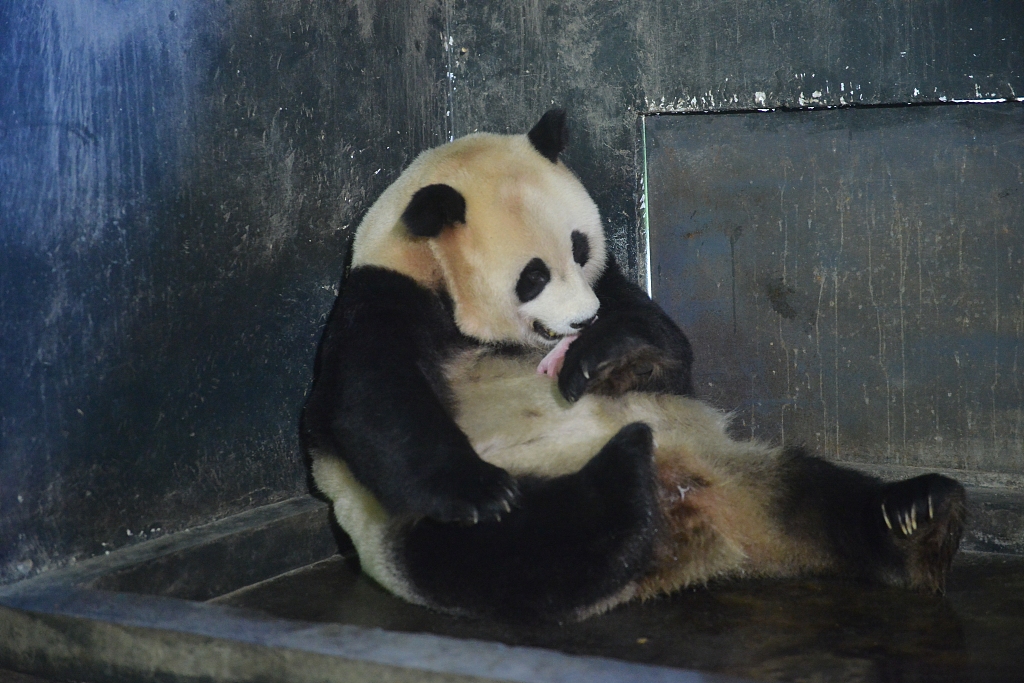 The mother attends to the male cub. (Photo: VCG) 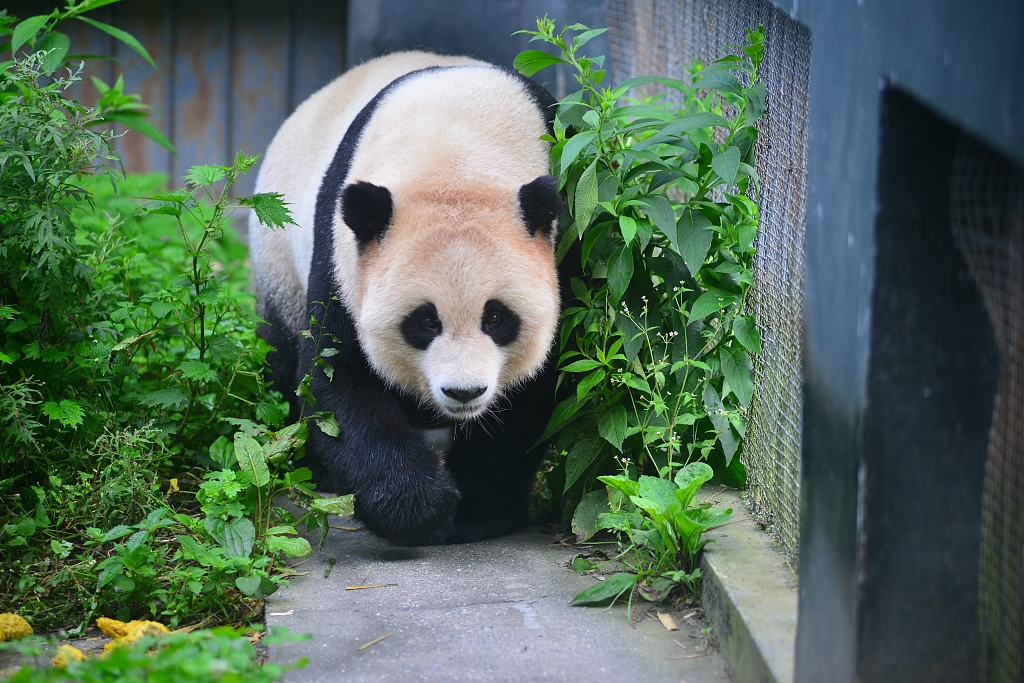 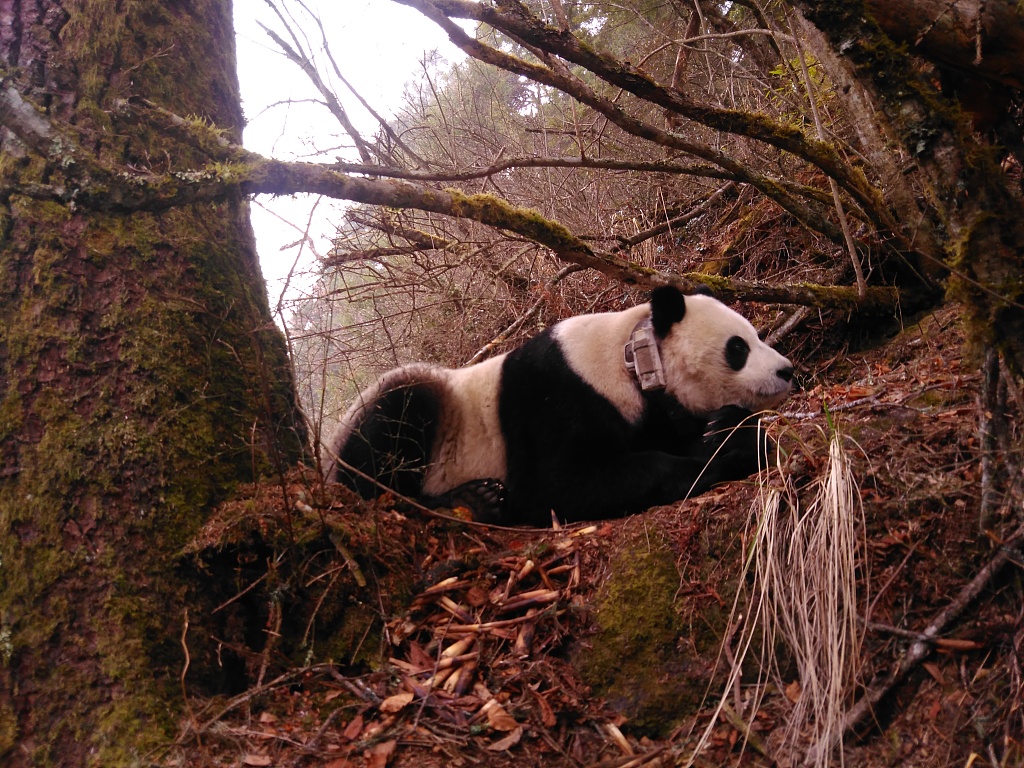 The mother was equipped with a positioning system and a recording device on her neck when she was released into the wild in February. (Photo: VCG)