PHOTOS Carriage horses in NYC get a reprieve after heatwave

Carriage horses in NYC get a reprieve after heatwave 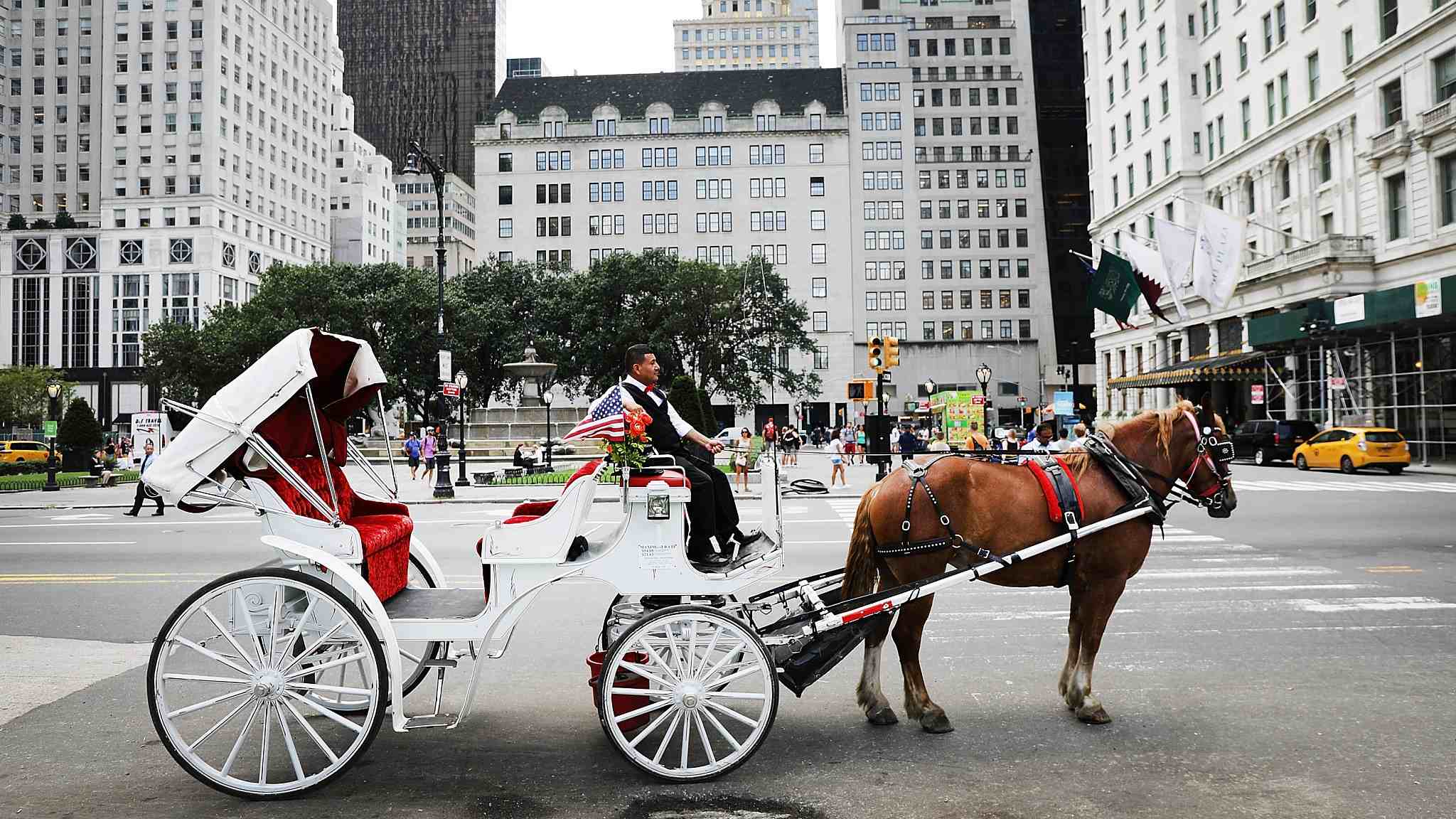 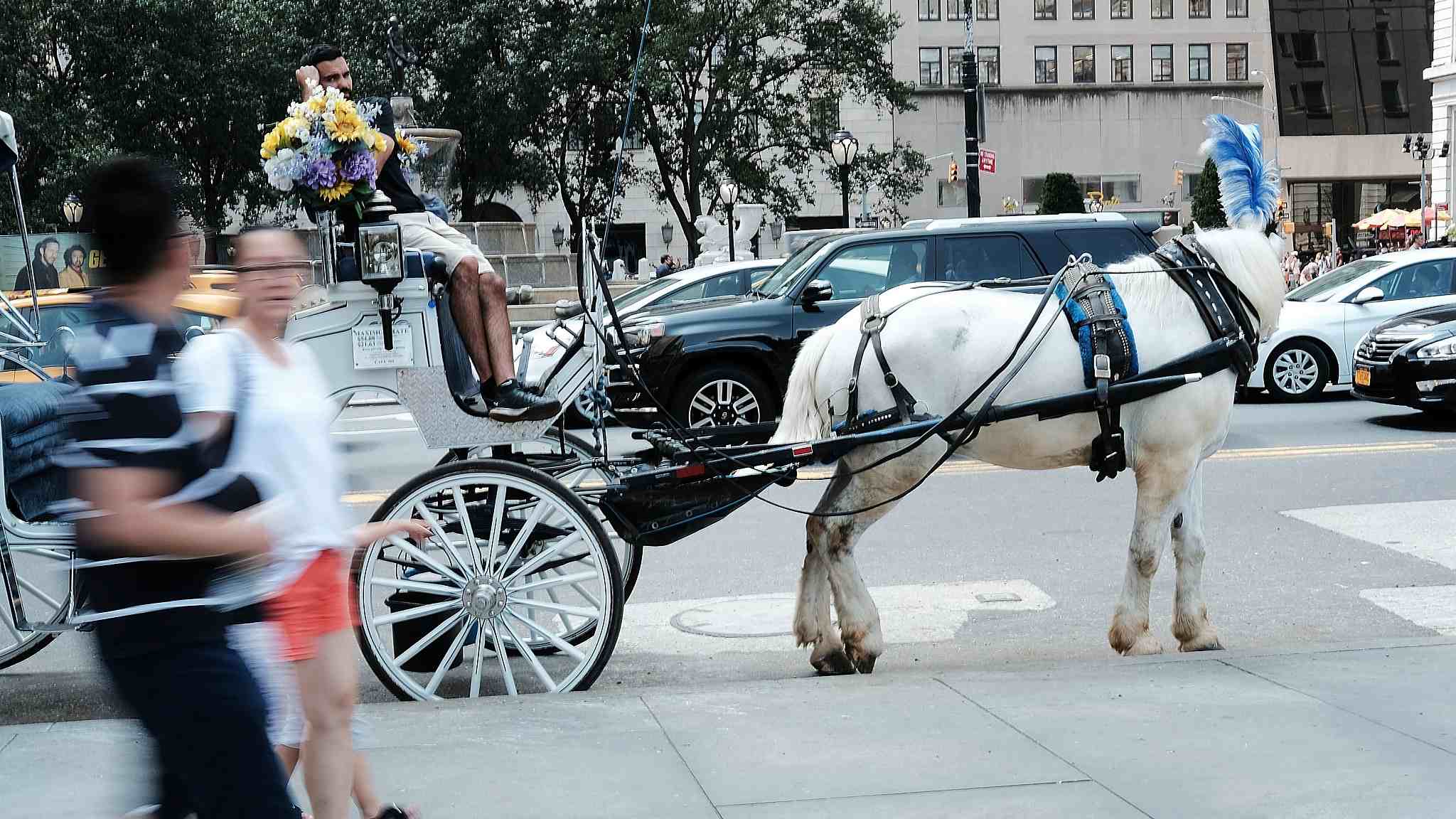 They were ordered to return to their stables along with drivers on August 10 as the temperature reached the 32 degrees Celsius (90 degrees Fahrenheit). /VCG Photo. 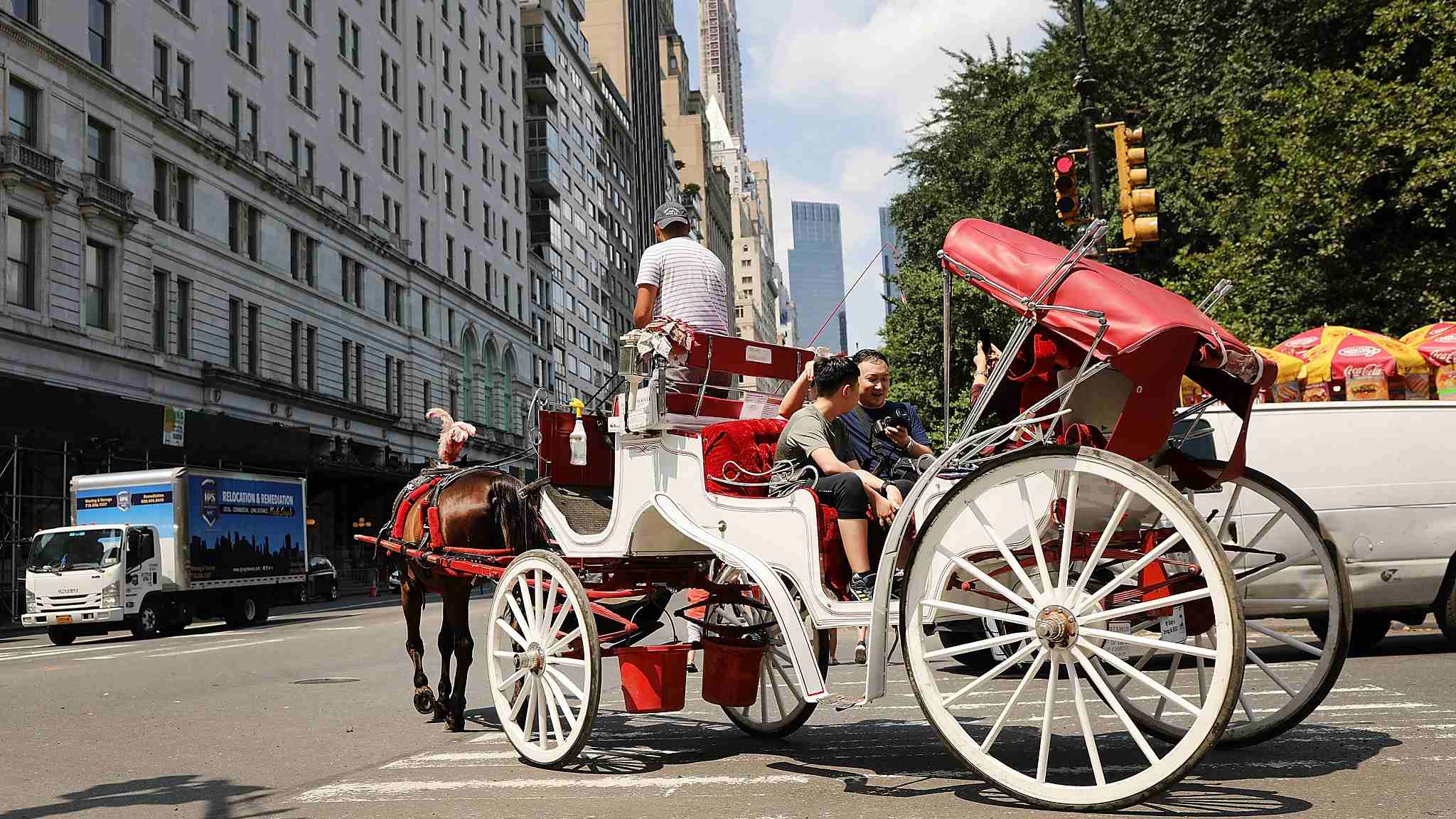 As ruled by the city’s administrative code, carriage services are expected to be suspended during extreme weather for safe concerns. The code dictates that “Carriage horses cannot work when it is too hot or too cold. (Above 89 degrees or below 19 degrees Fahrenheit)”. /VCG Photo. 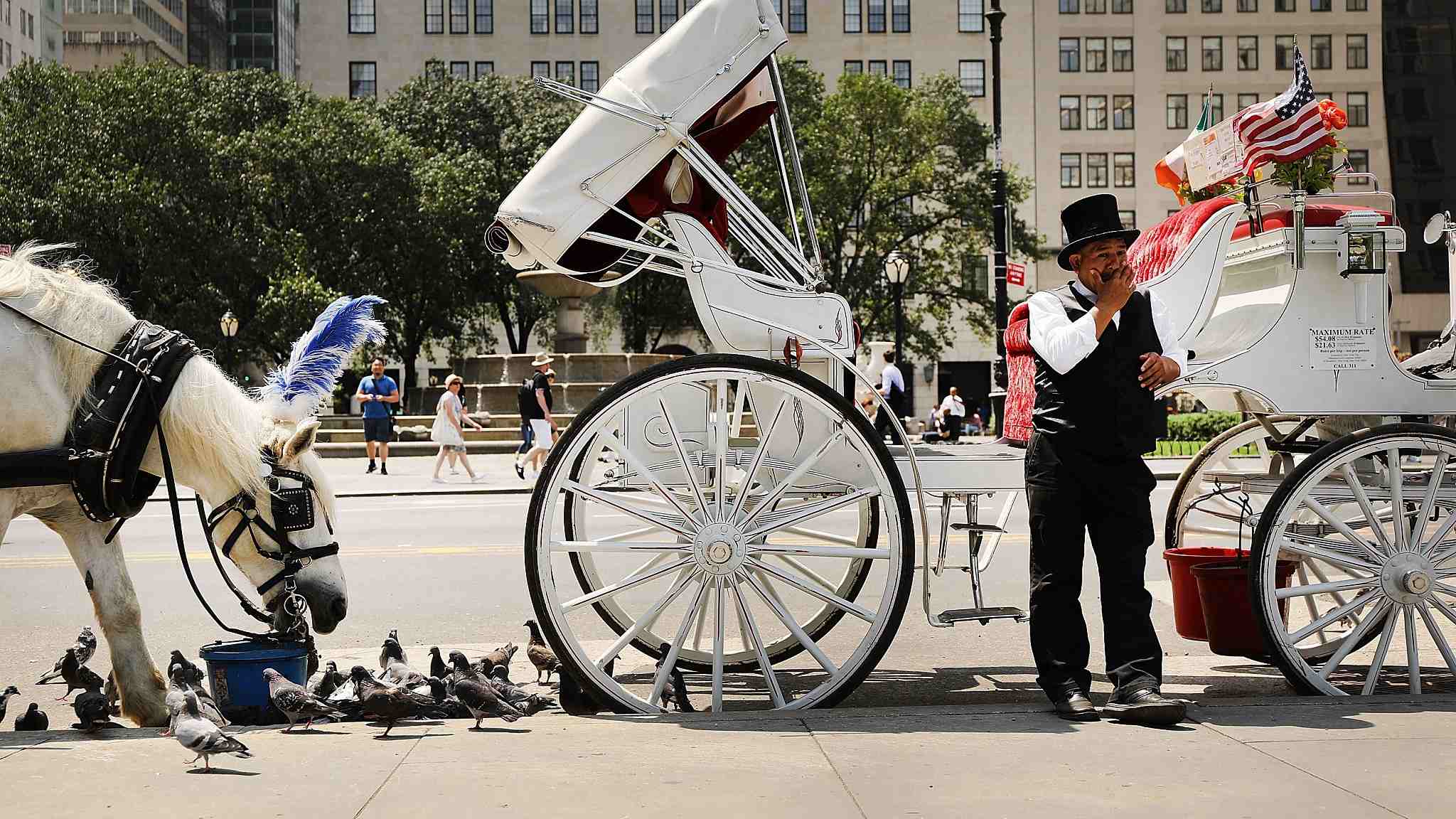 Other regulations in the humane treatment also rule that the horses can’t work more than nine hours per day or work without the basic vacation of five weeks every year. /VCG Photo.