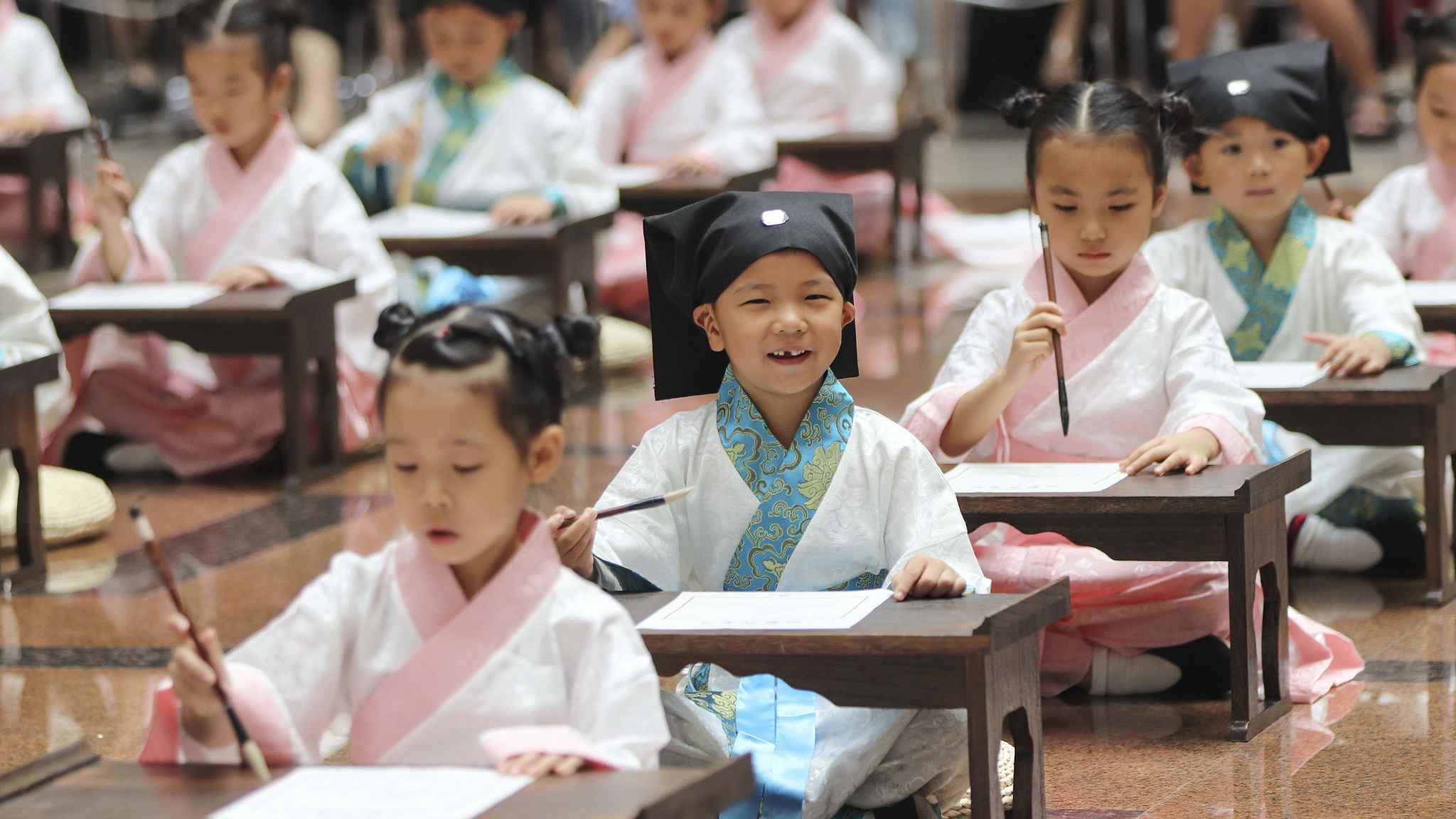 The Wenzhou Museum in east China’s Zhejiang Province invited some 48 children ahead of the start of school on September 1 to impart some traditional Chinese culture to them. /VCG Photo 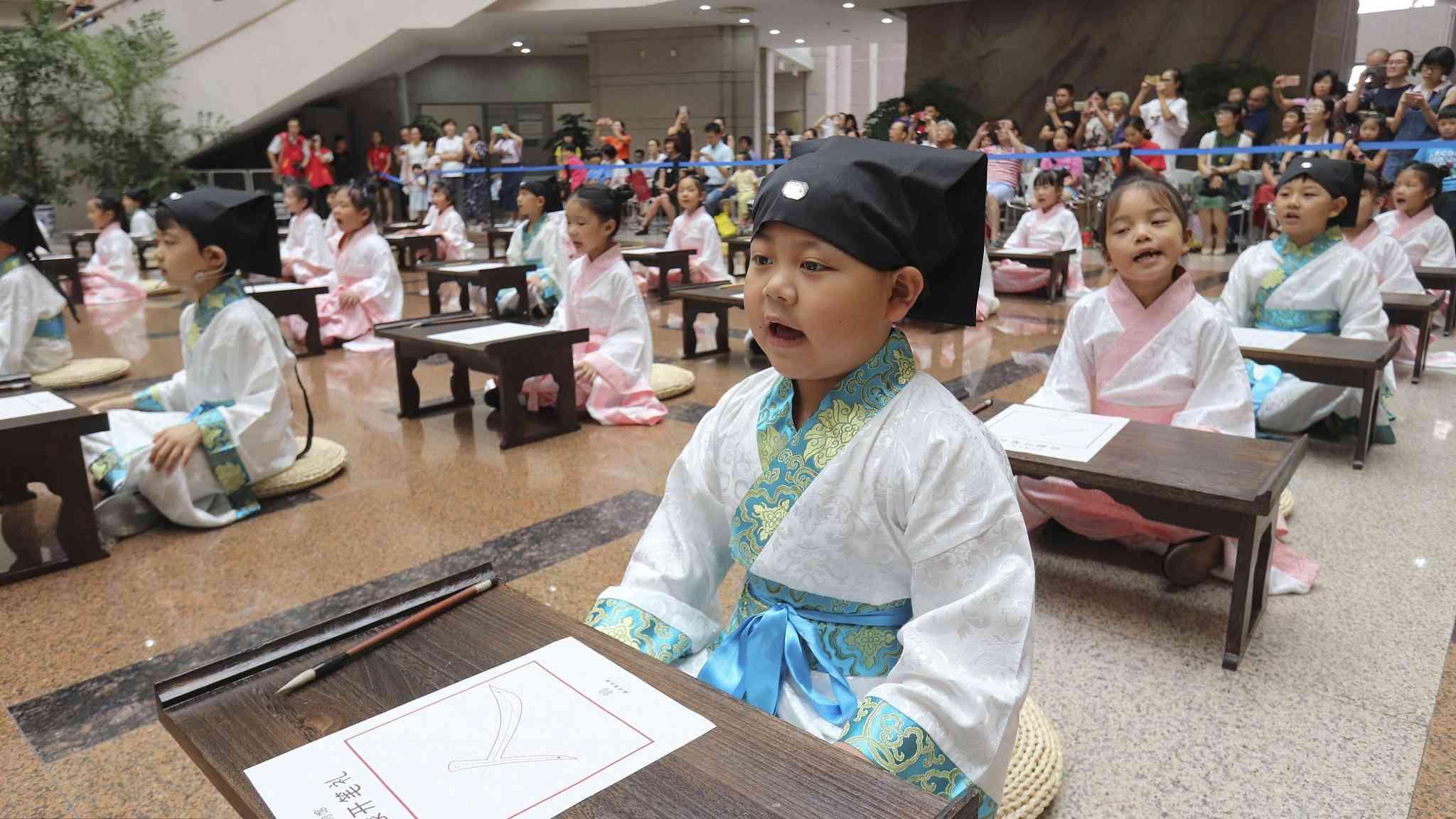 These children dressed up in Hanfu, a kind of clothes worn by ancient Han Chinese and were instructed on how to do calligraphy. /VCG Photo 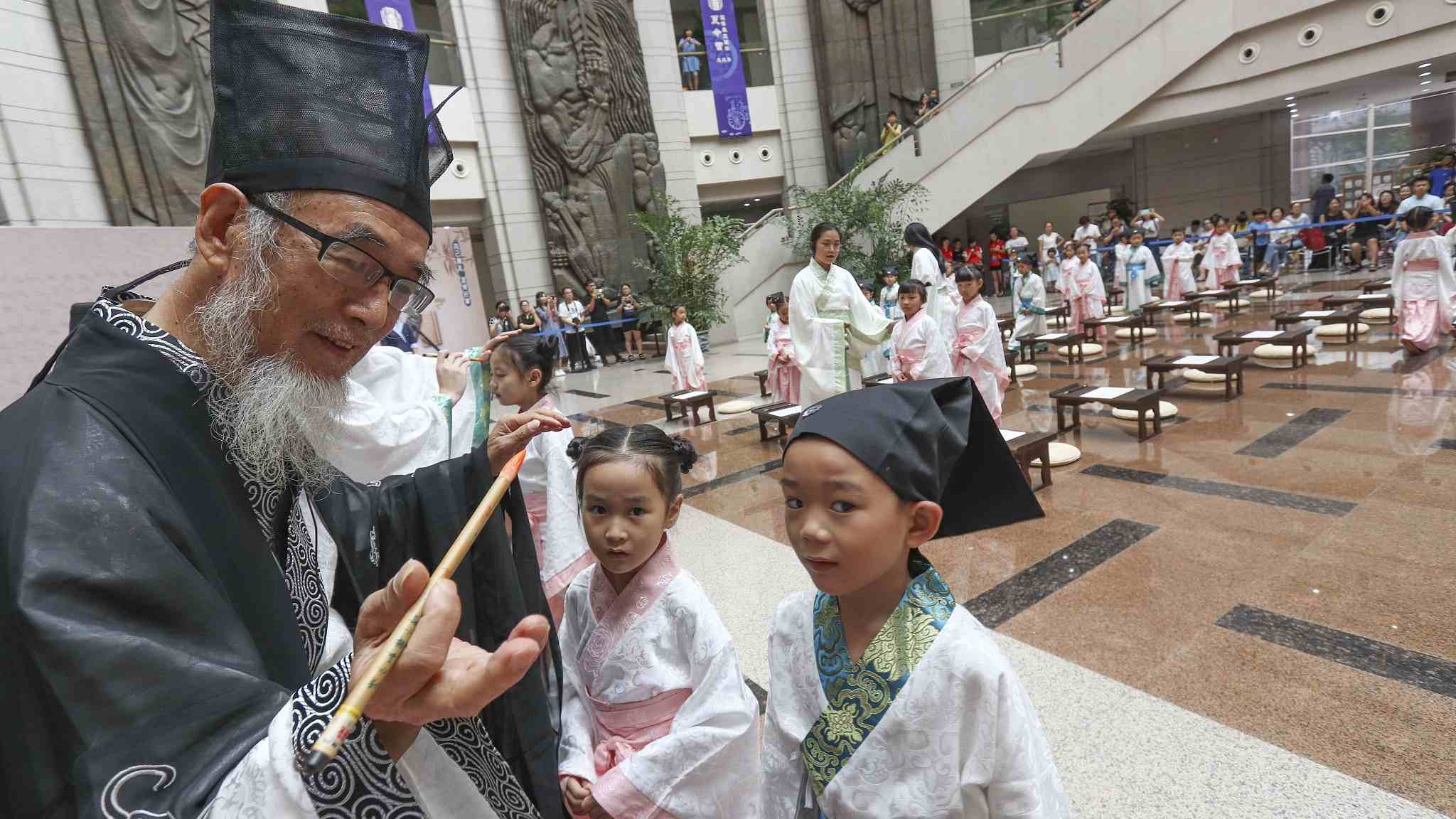 The children also recited the classics and learned Chinese etiquette as their first class before their school officially starts. /VCG Photo 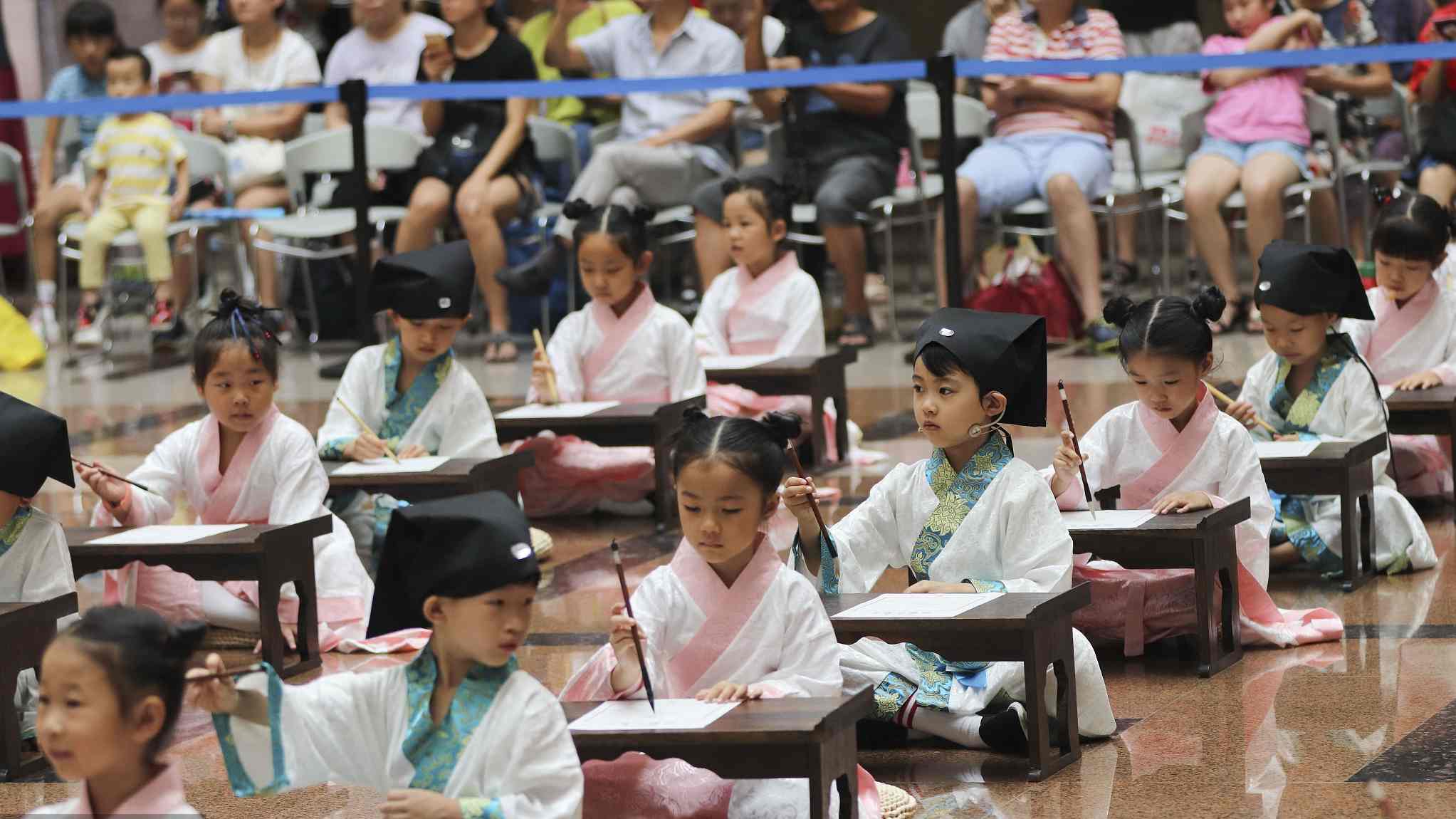 The museum has held this activity since 2014 and has inspired hundreds of children. /VCG Photo