China’s firefighters use raft to relocate people stranded by rainstorm 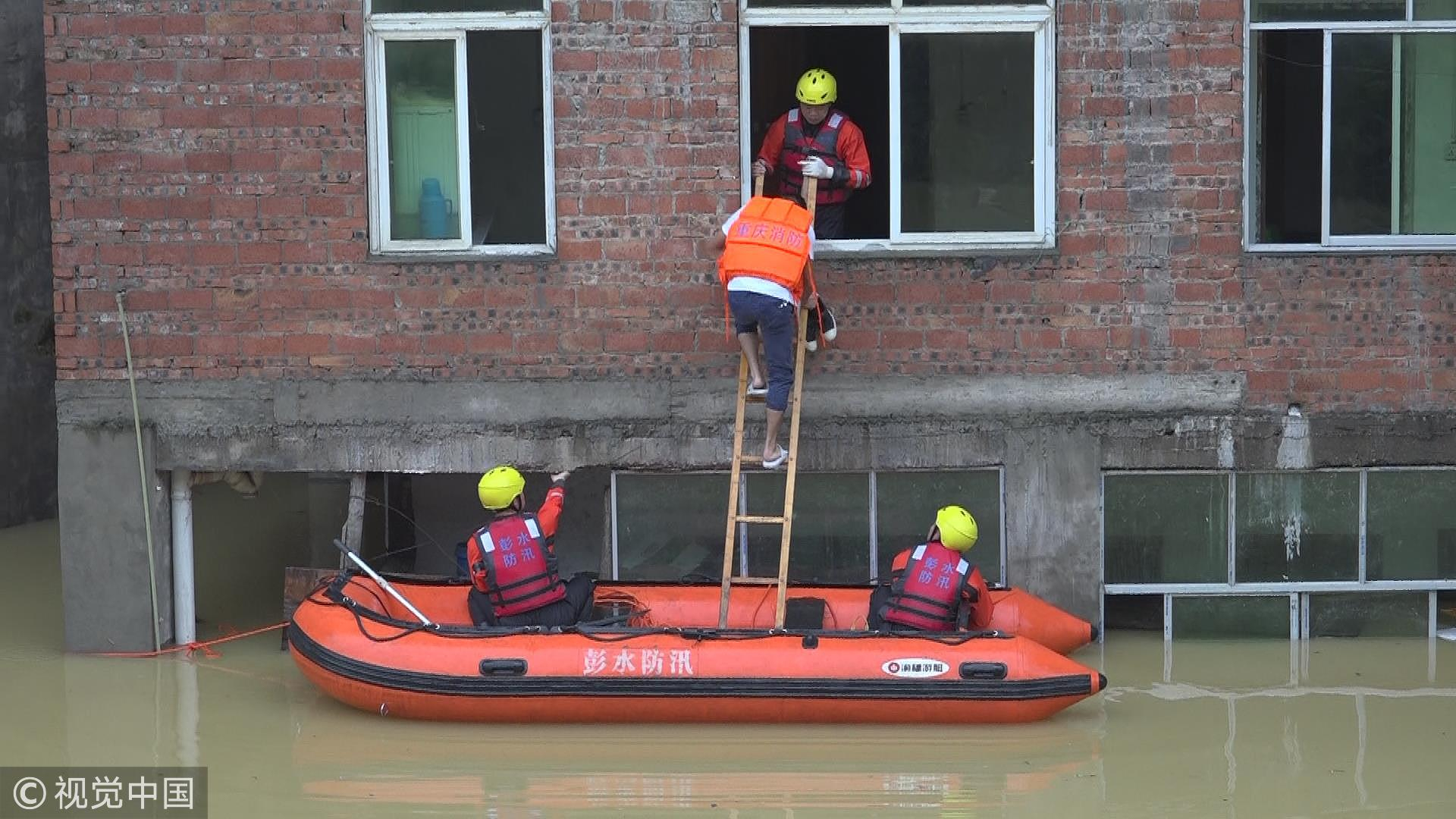 Firefighters were seen using a raft to help people out of a house which became flooded after heavy rainstorms hit southwest China’s Chongqing City on Thursday. /VCG Photo

Around 20 people were stranded in the 4-story building in the city. /VCG Photo 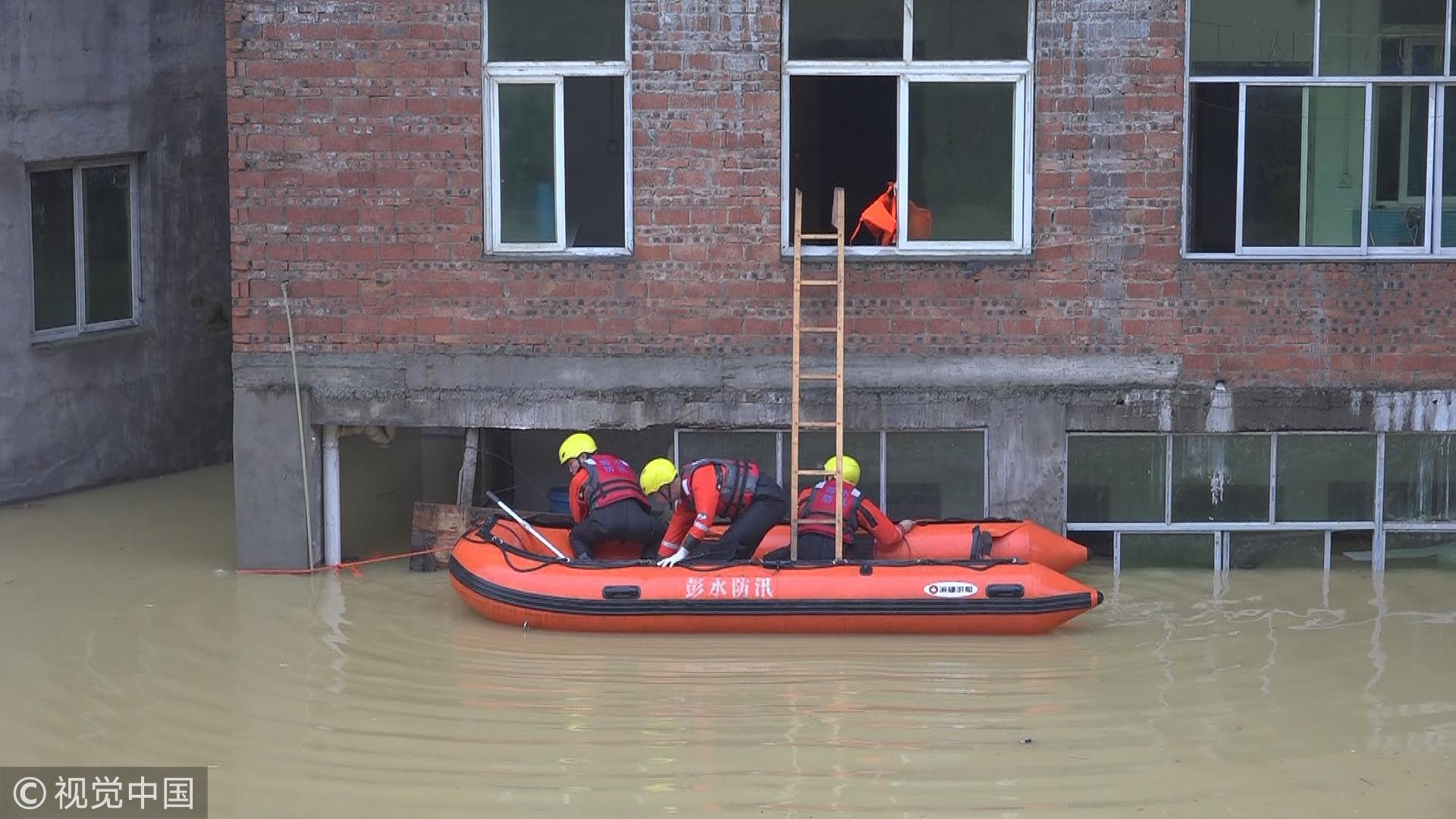 The rain water rose around 1.8 meters high and submerged the ground floor of the building. /VCG Photo 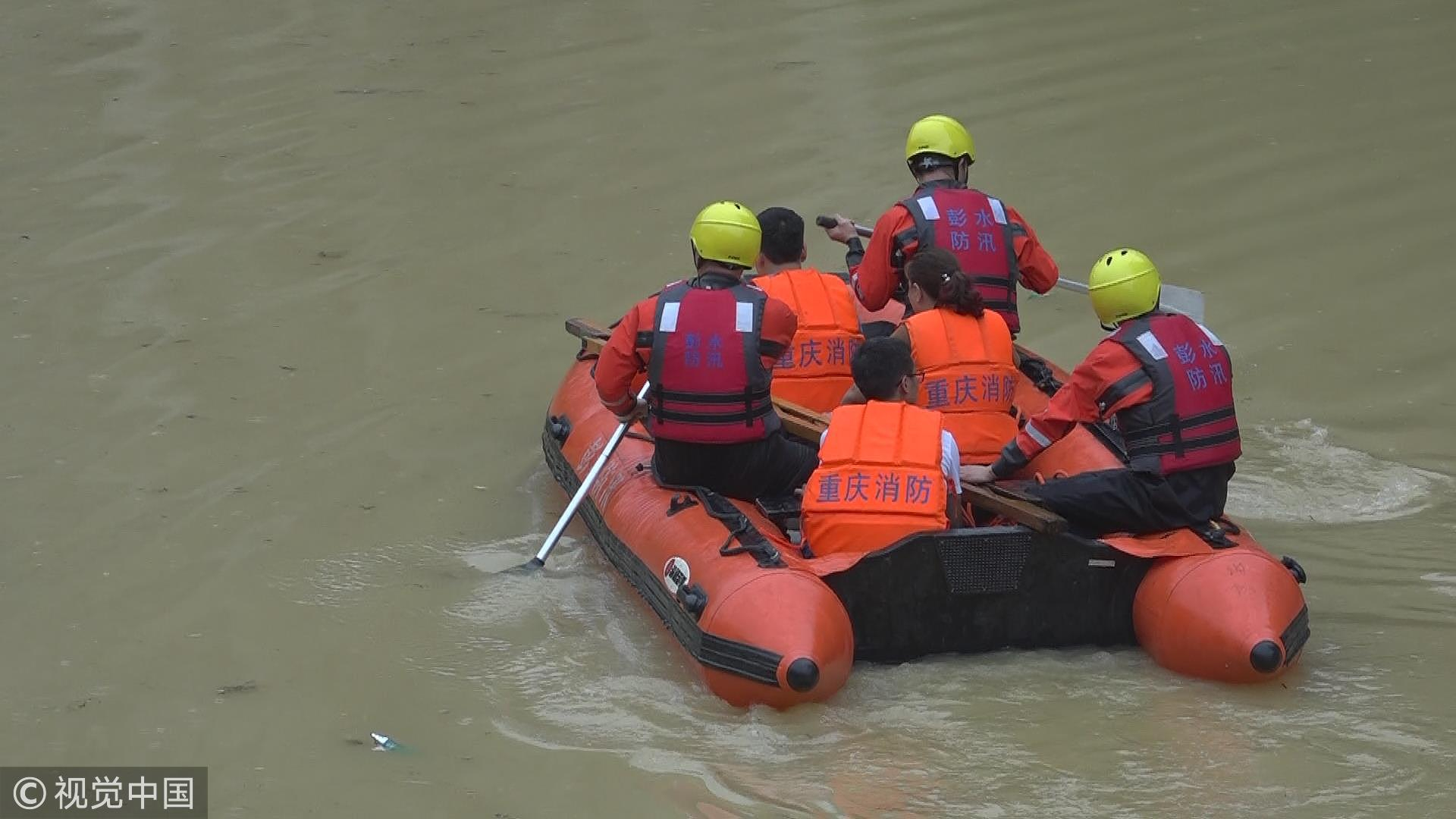 Firefighters put life jackets on stranded people and used a ladder to help them out of the building and board the raft. All people are safe now. /VCG Photo 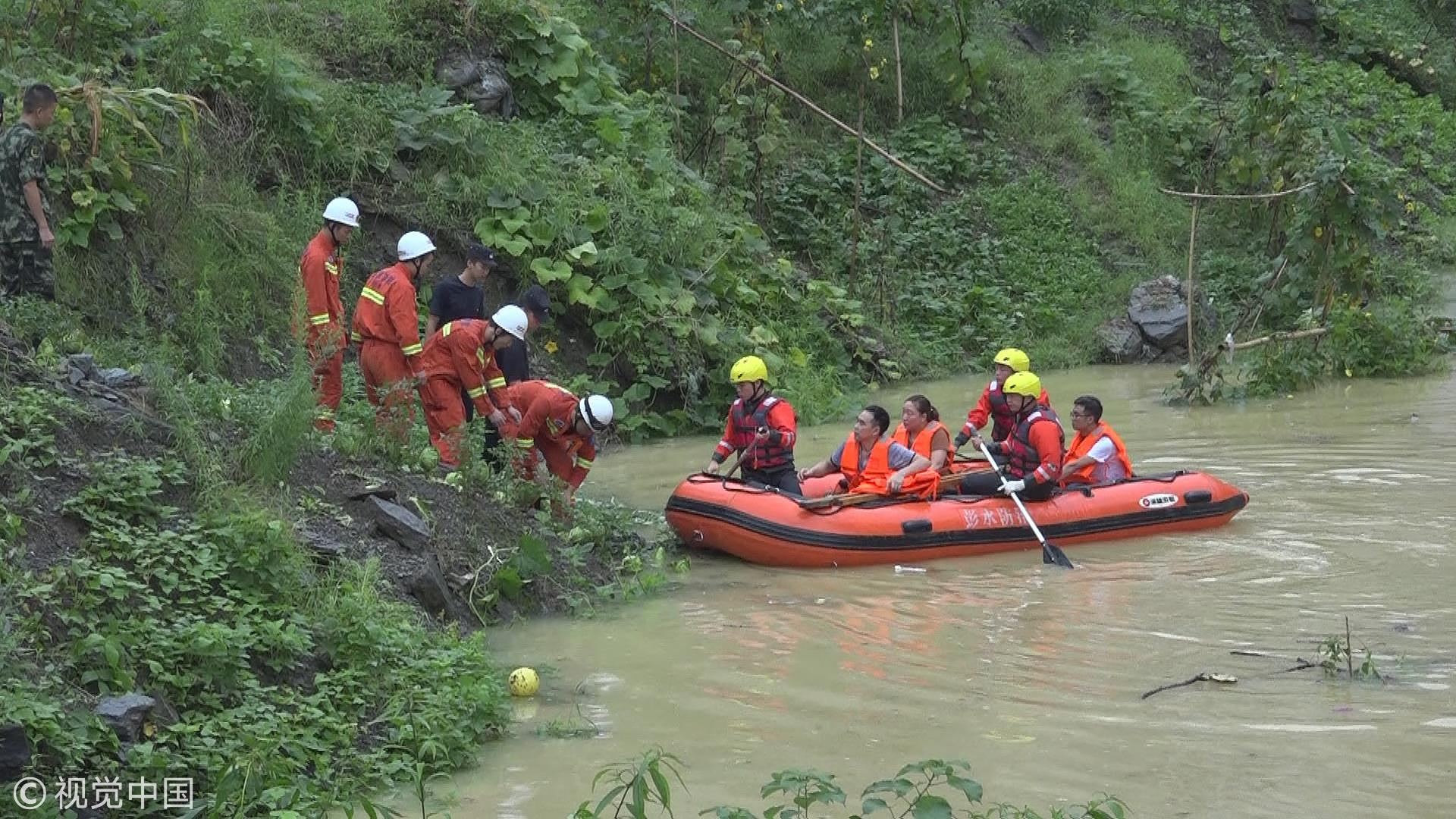 Earlier this week, a rain-triggered landslide cut off a road in southwest China’s Sichuan Province just minutes after the police cordoned off the area. The National Meteorological Center has issued a yellow signal for rainstorm warnings to Chongqing City and Sichuan Province. /VCG Photo