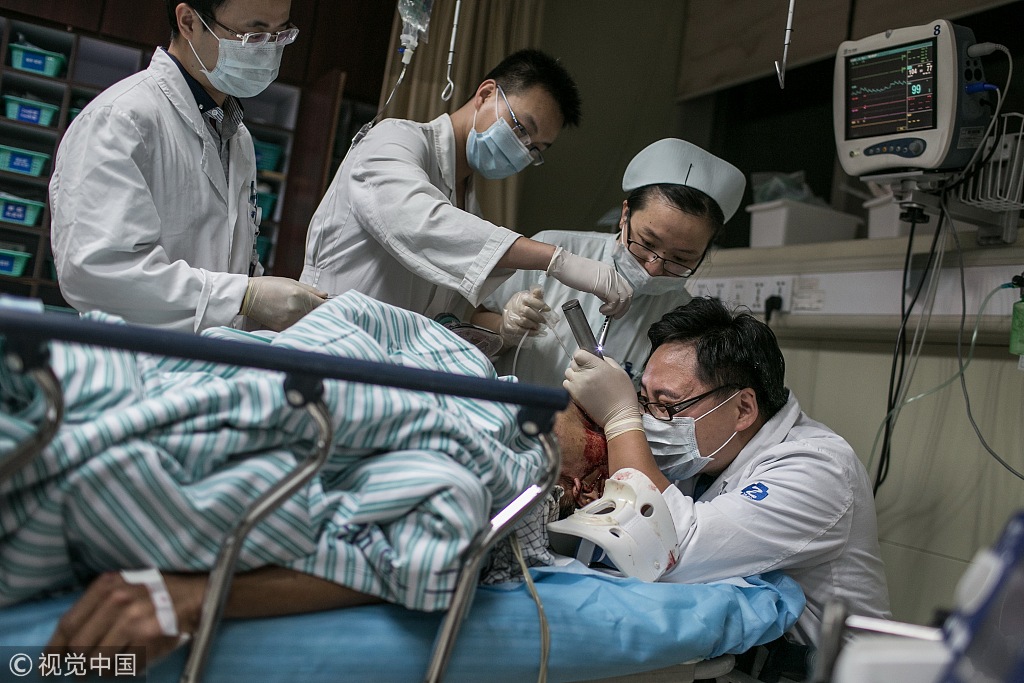 On Aug. 30, 2014, a doctor in Hangzhou, southeast China's Zhejiang Province, was operating on an injured in an emergency room. Two groups of medical workers were on duty in the emergency room of the hospital, but it still lacked medical staff. (Photo: VCG) 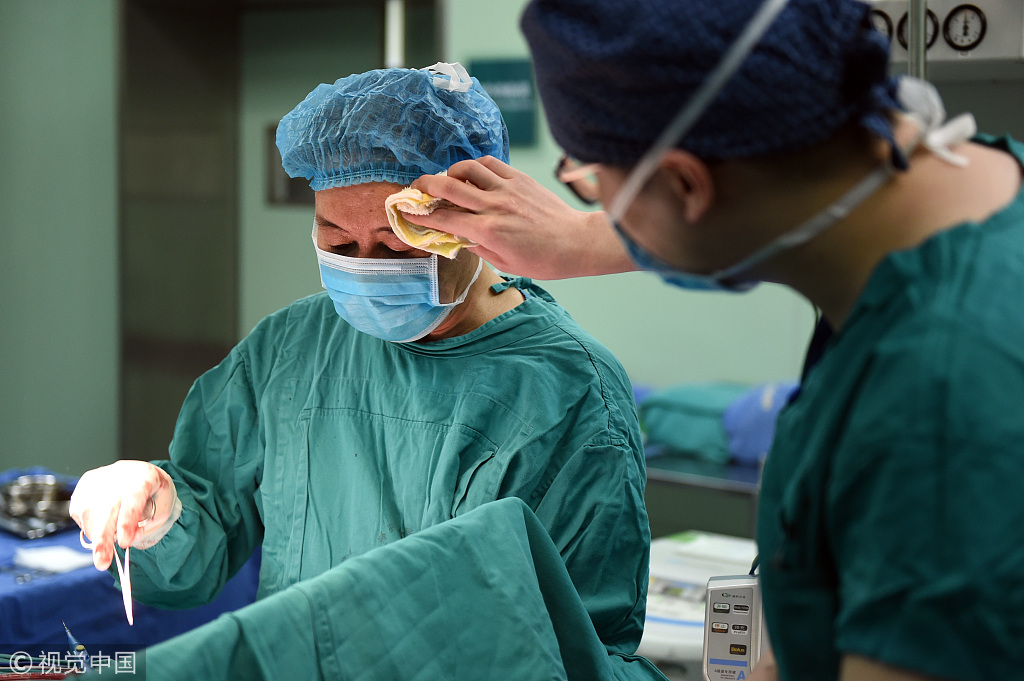 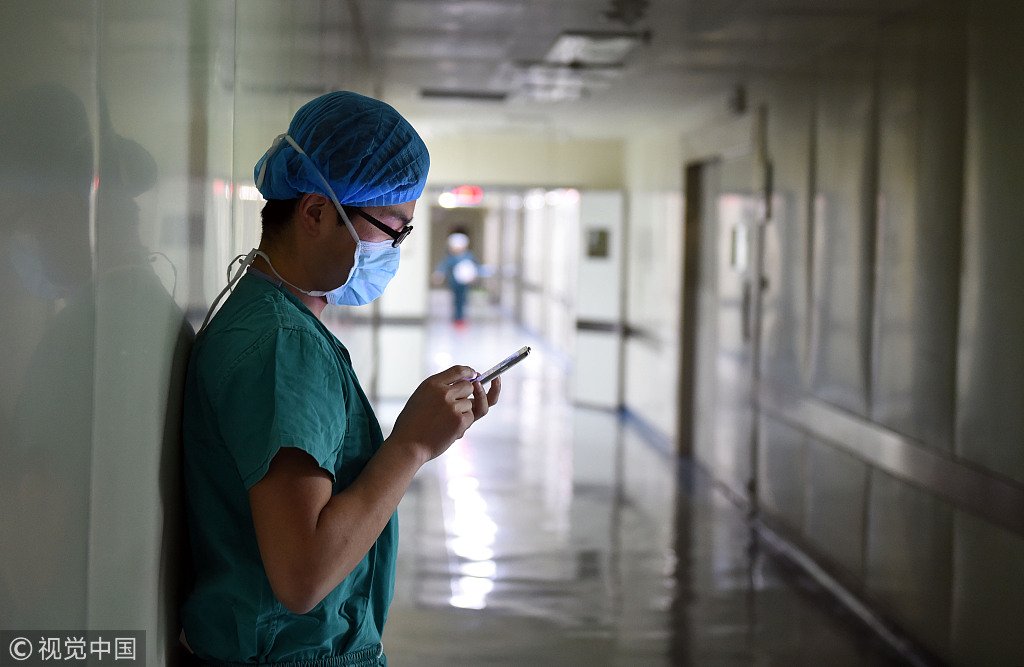 Dong Xing, a surgeon in Zhengzhou, was sending a message to his girlfriend that he had to do surgery on Feb. 4, 2015. (Photo: VCG) 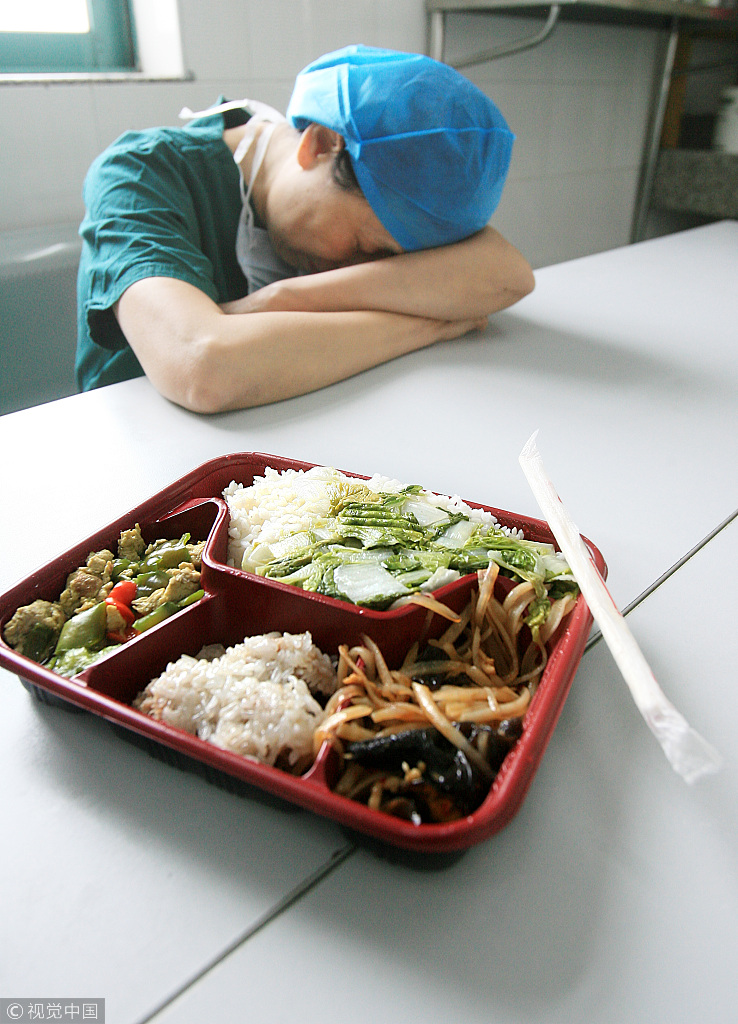 In central China's Hubei Province, Yan Hong fell into sleep during her lunch break on Nov. 16, 2015. She worked overnight but still had loads of work to do the next day. (Photo: VCG) 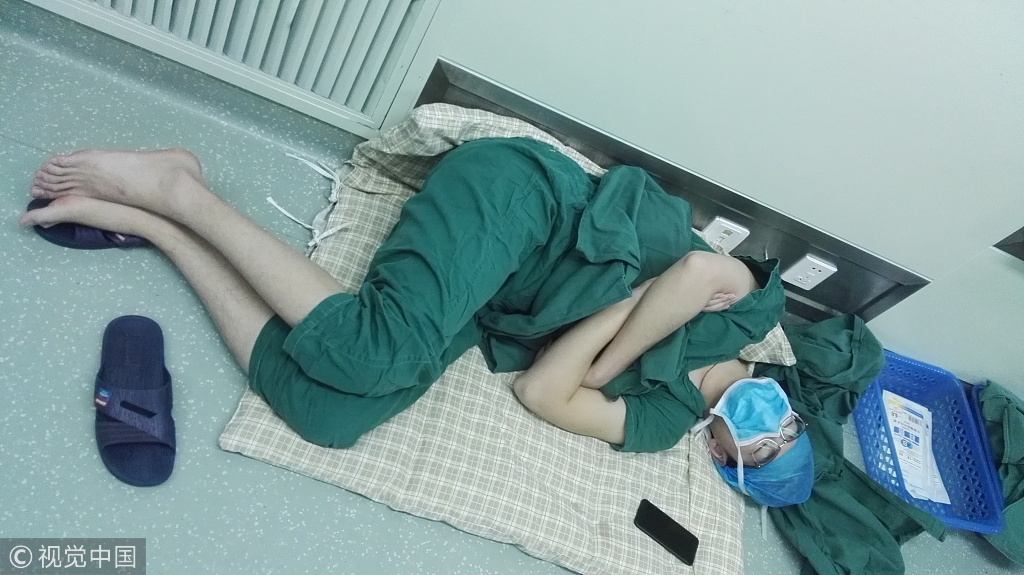 On Mar. 30, 2017, Luo Heng slept on the floor, in a hospital of Dingyuan county, Anhui Province. The local temperature was lower than 13℃. He and his colleague Chen Kai conducted two emergency surgeries all night long on Mar. 29 and did another three surgeries in the morning the next day. (Photo: VCG) 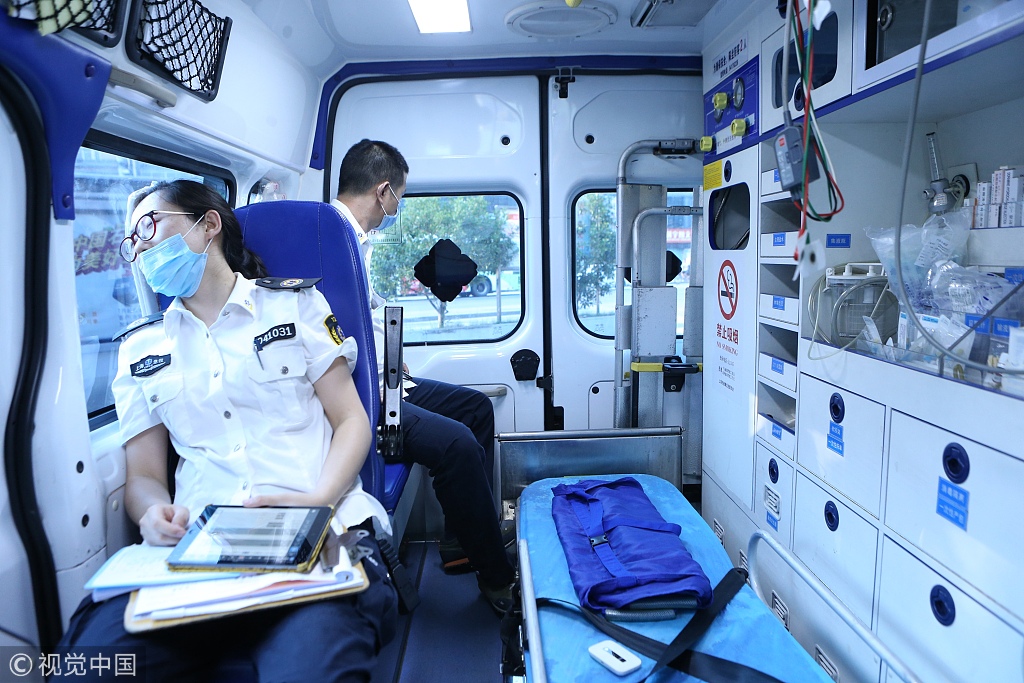 Luo Caixia, a female doctor in the emergency section in Minhang District, Shanghai, slept in an ambulance on Jul. 22, 2017. (Photo: VCG) 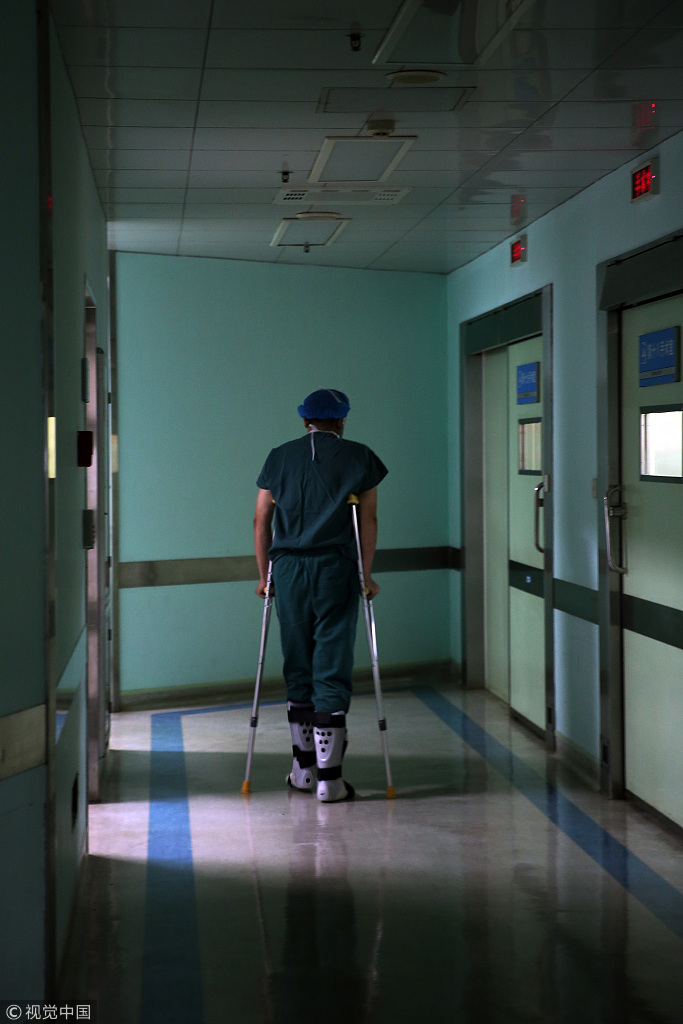 On Dec. 26, 2017, Feng Zhijun left the operating room on crutches. Feng, a director of orthopedics in Shijiazhuang, Hebei Province, sprained his right ankle during rounds in April and the left in August while going downstairs from the operating room. He returned to work on crutches just half a month after his surgery. (Photo: VCG) 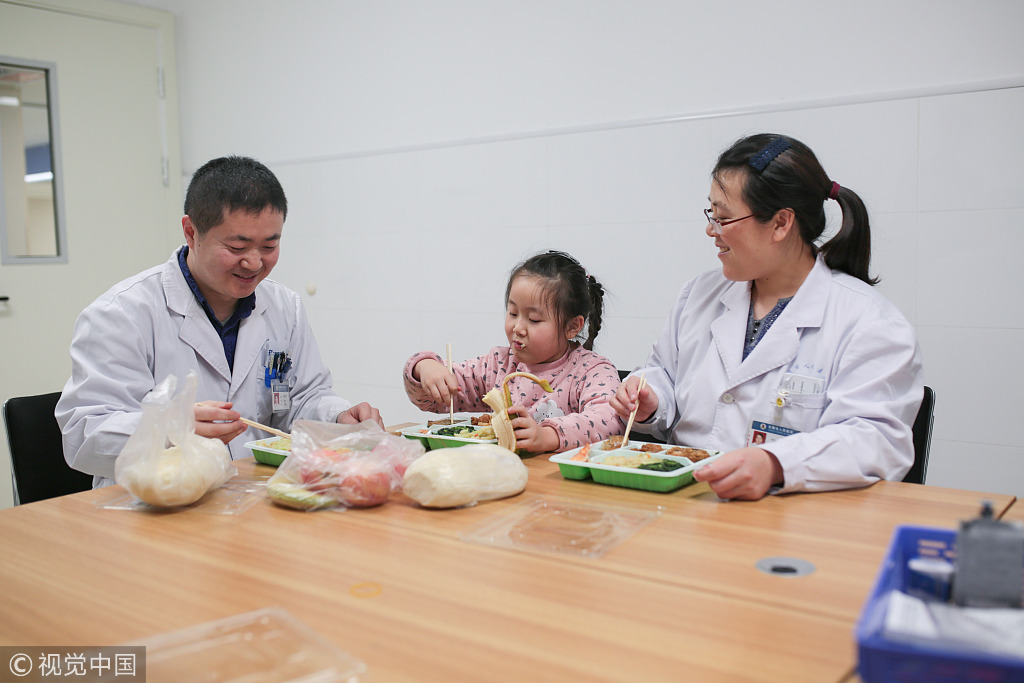 In Rizhao, Shandong Province, a family of medical professionals spent their New Year's Eve in the hospital on Feb. 15, 2018. (Photo: VCG)