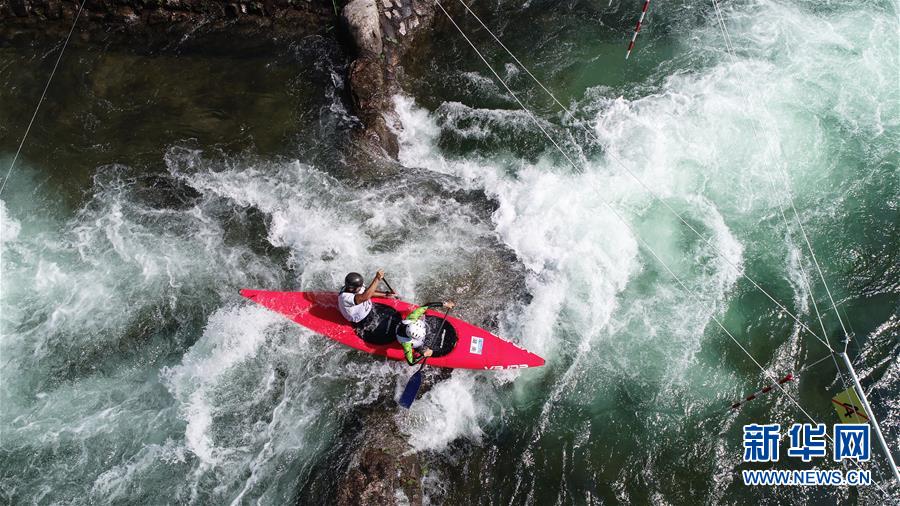 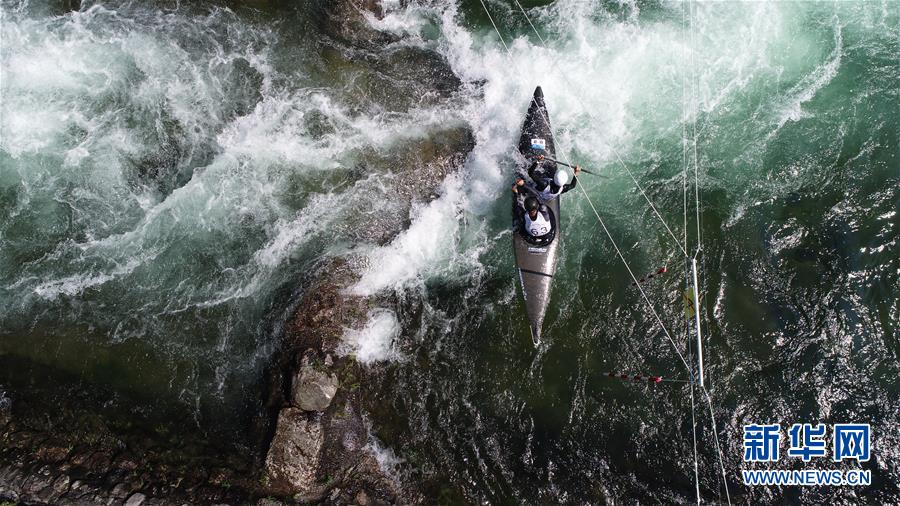 More than 140 athletes from 12 delegations participate in the championship, which will last till August 19, 2018. 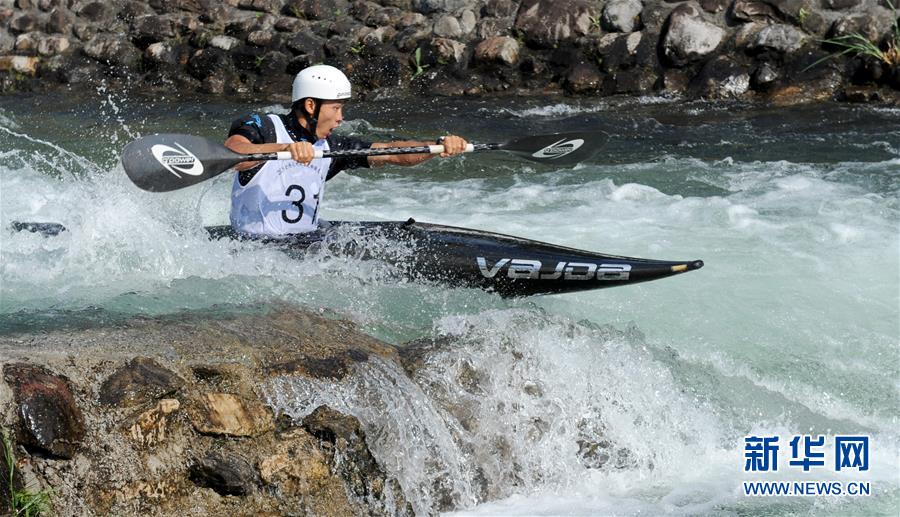 A male athlete, Huang Liman, navigated his canoe downstream on river rapids on August 16, 2018. He ranked second in 83.90 seconds in the U23 male single canoe slalom championship. 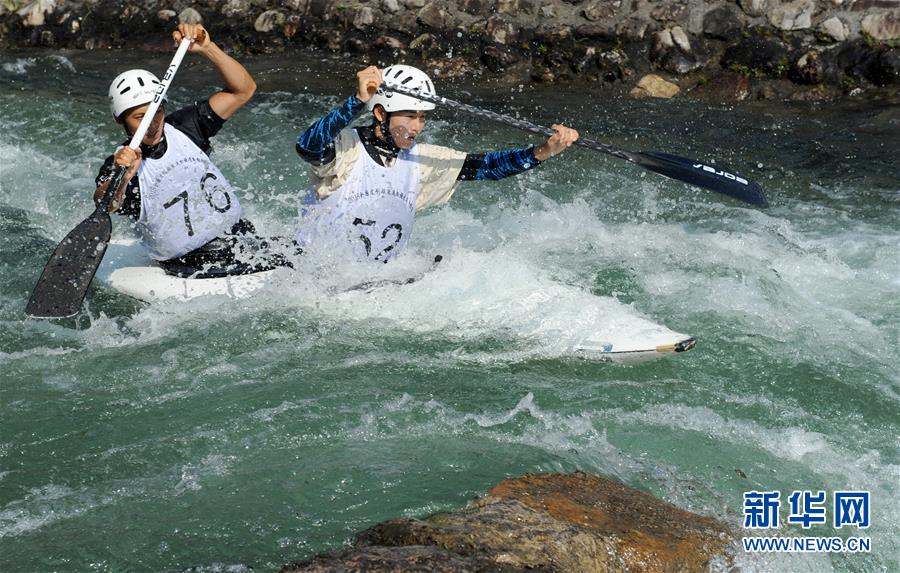 Two athletes tried to keep their balance in the U23 mixed double canoe slalom championship on August 16, 2018. 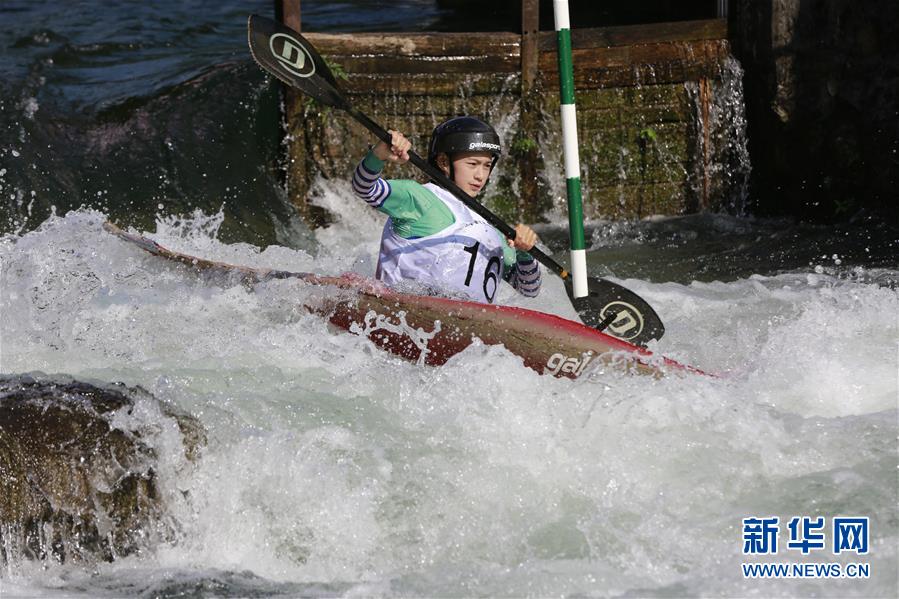 A female athlete, Zeng Huiting, ranked seventh in the U23 female single canoe slalom championship, reaching the final on August 16, 2018.