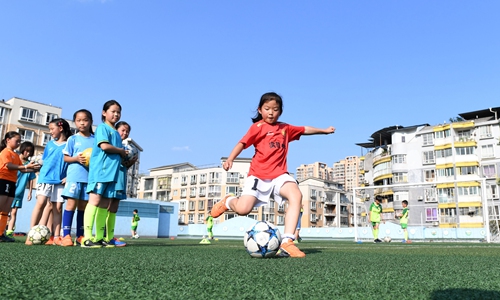 Female students of a Huairen city primary school in Southwest China's Guizhou Province are trained to score a goal on June 19. Photo: cnsphoto 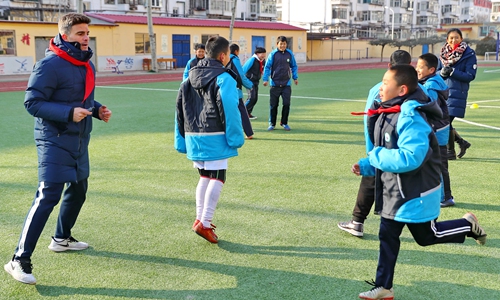 A foreign soccer coach trains students of a Qinhuangdao city primary school in North China's Hebei Province on December 9. The coach is with a soccer training project and will provide a 10-month-training for the students. Photo: cnsphoto 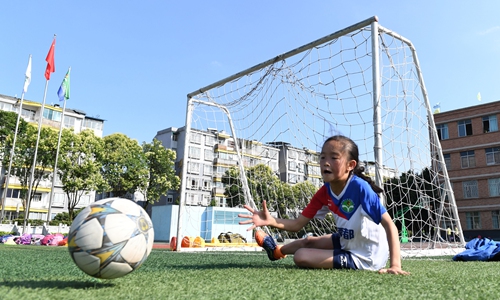 A girl in soccer training at a Huairen city primary school on June 19 Photo: cnsphoto 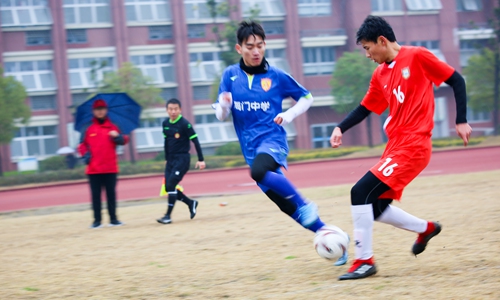 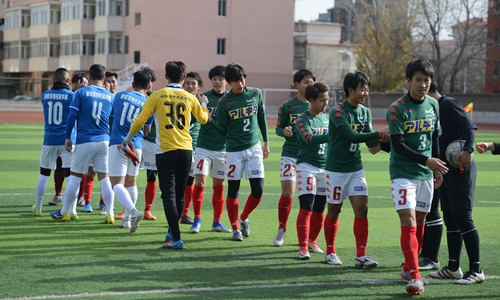 Athletes from universities of both China and Japan shake hands after a friendship soccer match in Hohhot, capital of North China's Inner Mongolia Autonomous Region on November 13. Photo: cnsphoto