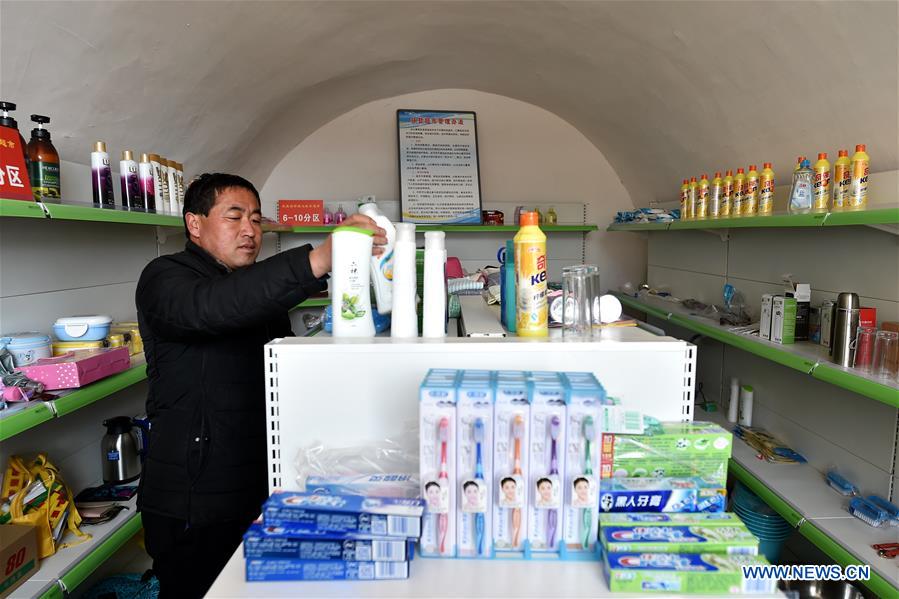 A villager shops at a mart in Wangzhuanggou Village of Wuxiang County, north China's Shanxi Province, Feb. 17, 2019. China has seen rapid income and consumption growth in rural areas over the past 70 years, according to a report from the National Bureau of Statistics (NBS). 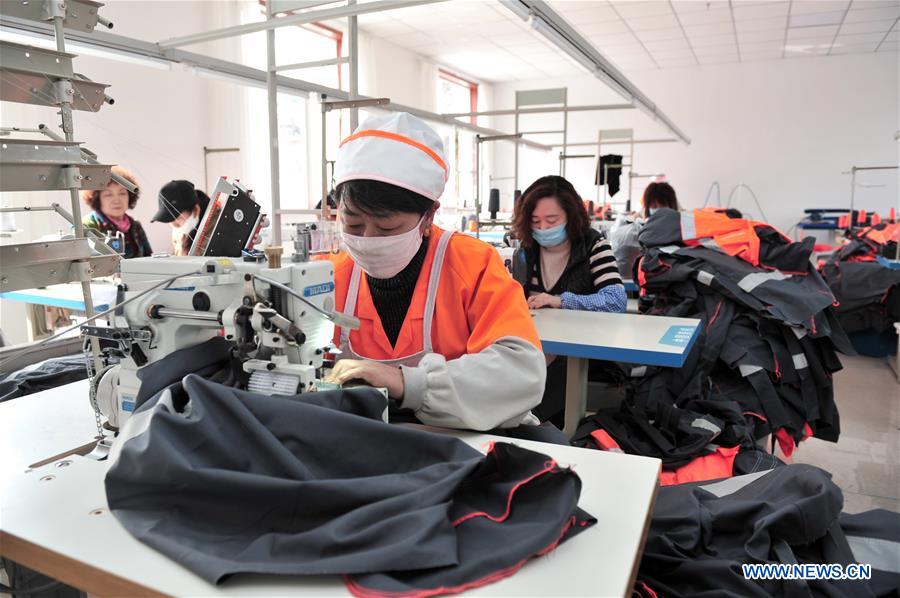 Workers process clothes at a poverty alleviation workshop in Yingshouyingzi coal mining quarters of Chengde, north China's Hebei Province, May 5, 2019. In 2018, rural per capita disposable income had increased 40 times from 1949 to stand at 14,617 yuan (about 2,088 U.S. dollars) in real terms after deducting price factors, up 5.5 percent on average annually, the NBS said. 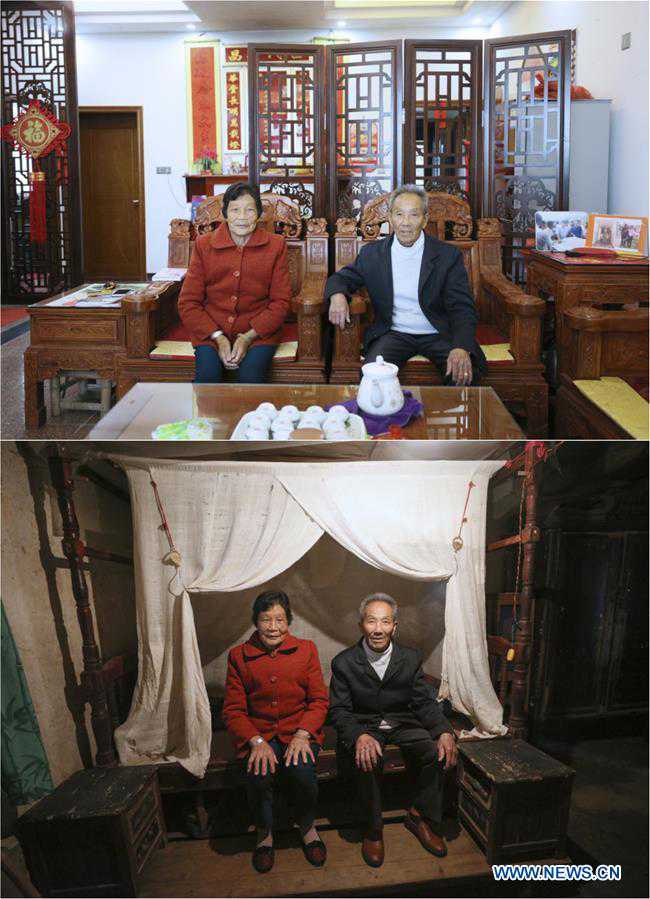 The combination photo taken on May 6, 2019 shows an elder couple posing for photo at their present (up) and previous (down) houses in Huawu Village of Yeping Township in Ruijin, east China's Jiangxi Province. 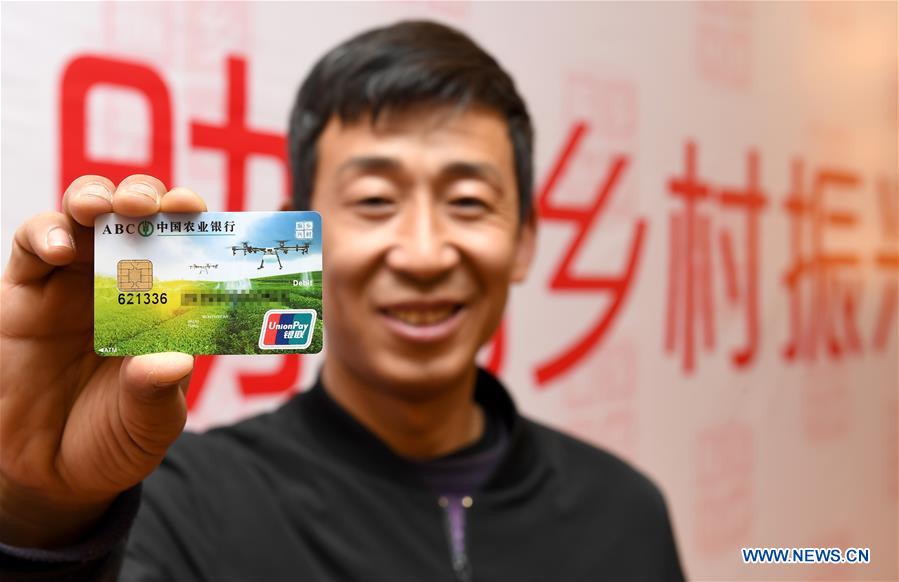 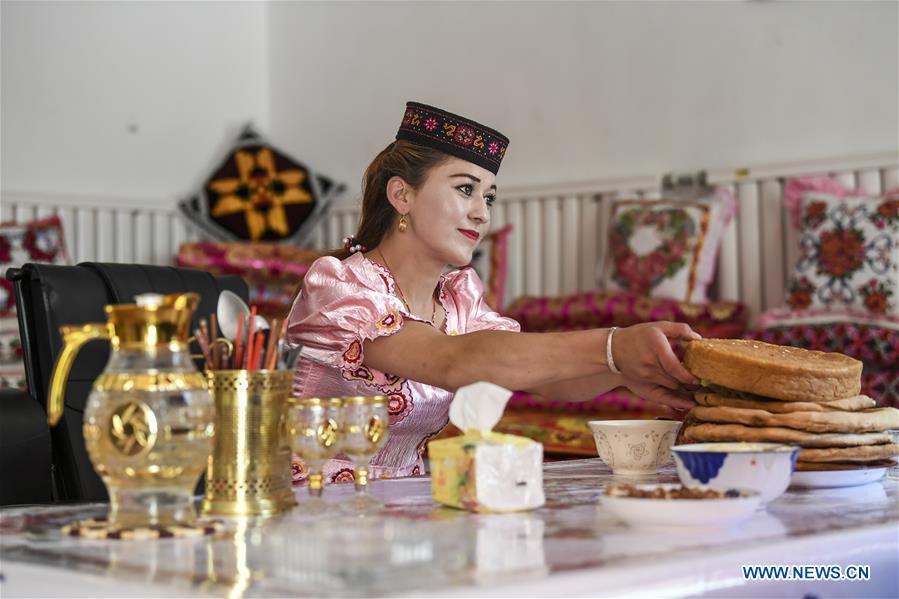 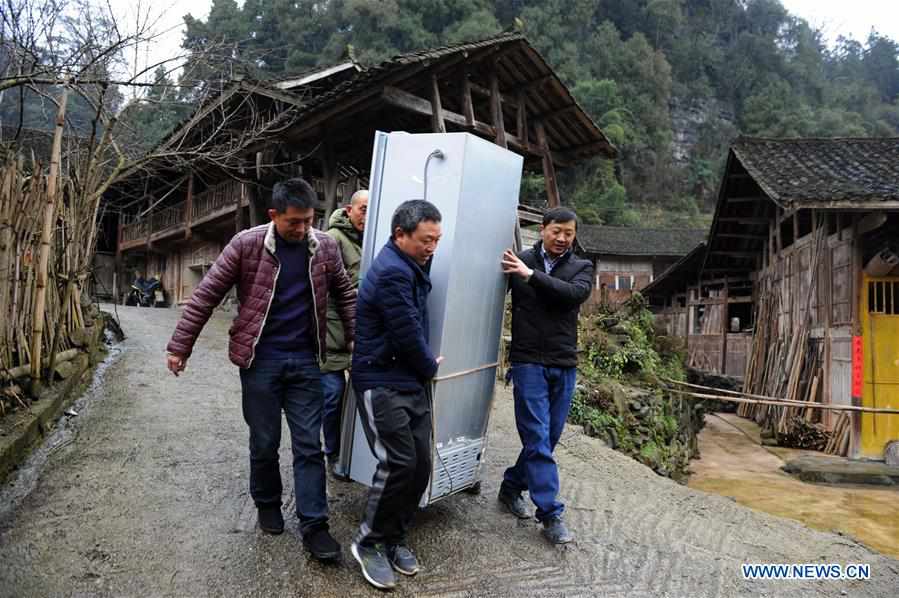 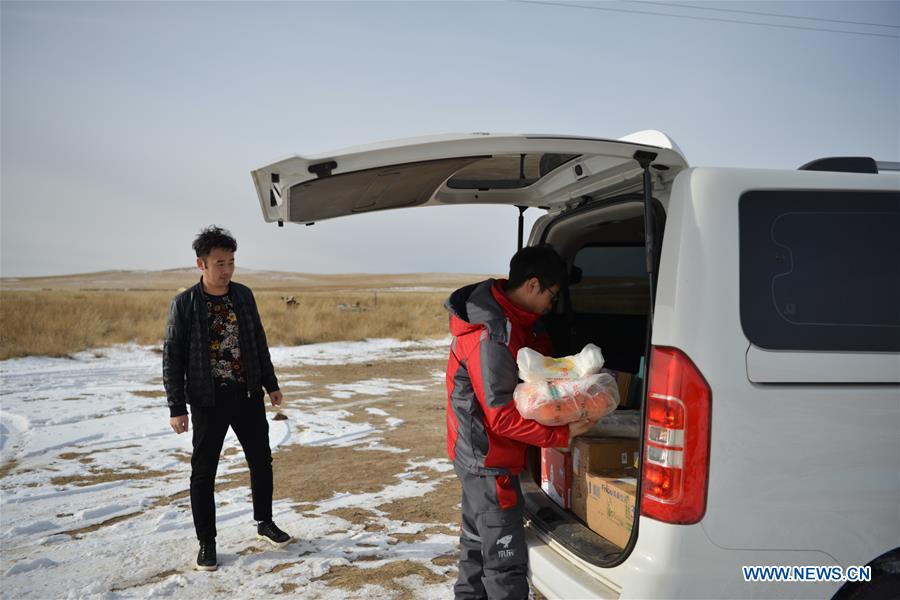 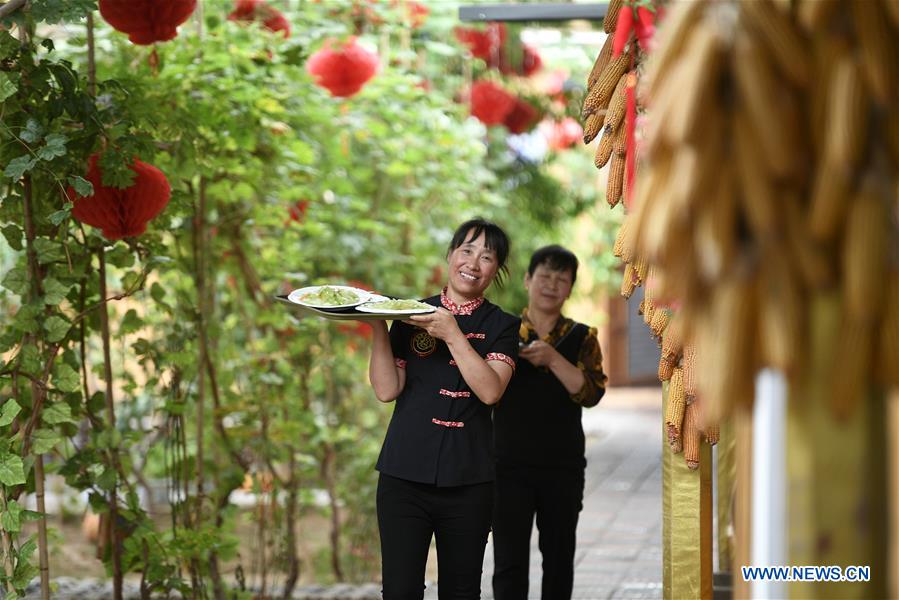 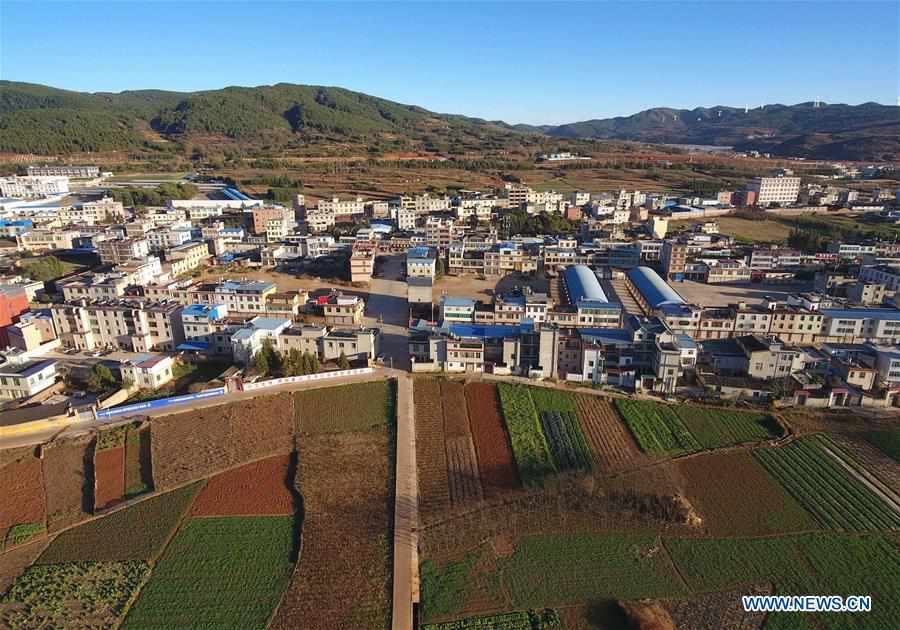 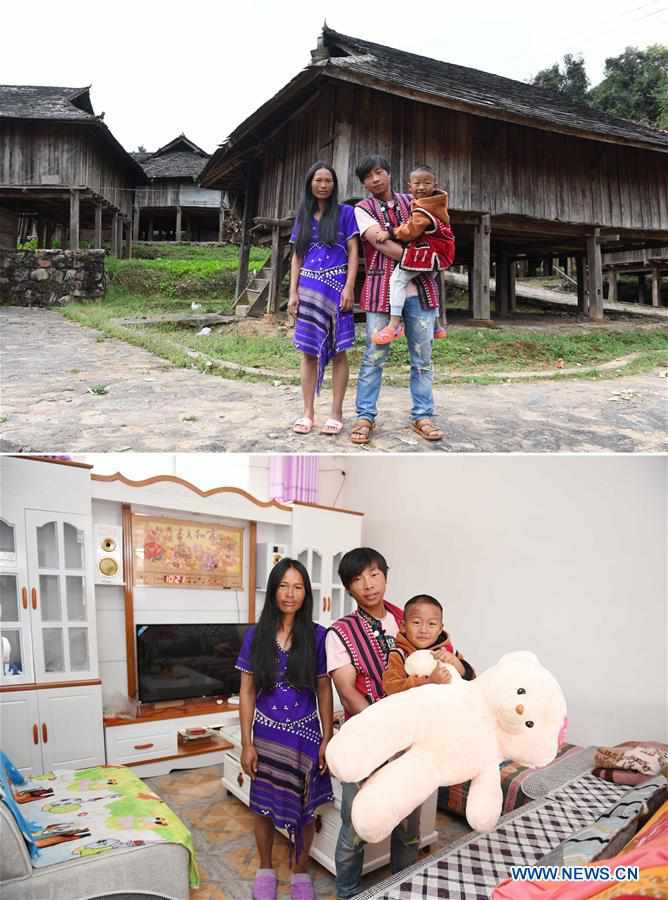 Photo taken on Dec. 7, 2018 shows Naying and her families taking photos with the old village (up) and the relocated village (down) of the 10th villager group of Banmu Village in Wa Autonomous County of Ximeng, southwest China's Yunnan Province. 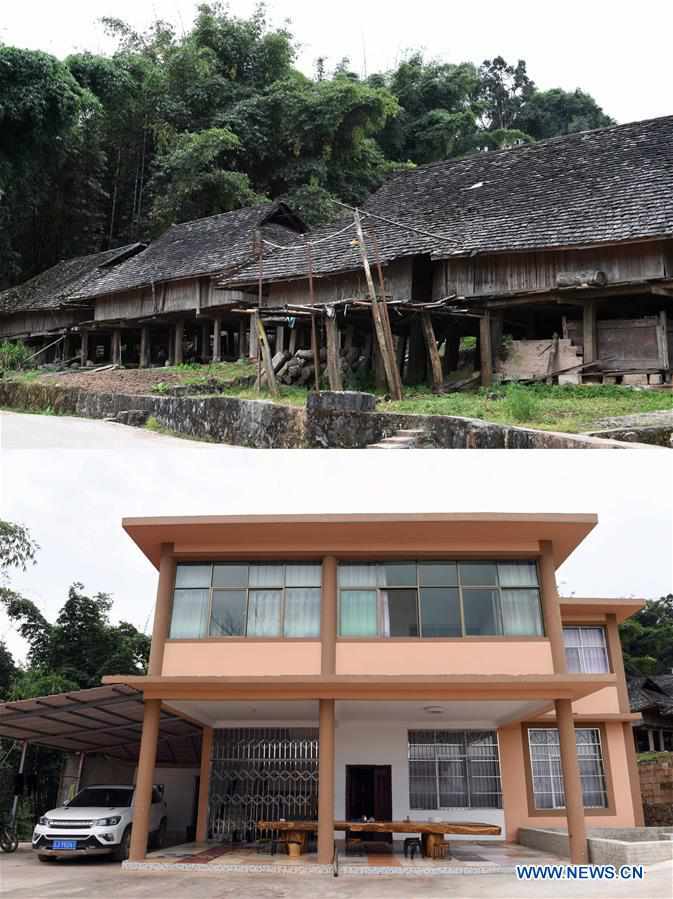 Photo taken on Dec. 7, 2018 shows the old village (up) and the relocated village (down) of the 10th villager group of Banmu Village in Wa Autonomous County of Ximeng, southwest China's Yunnan Province. 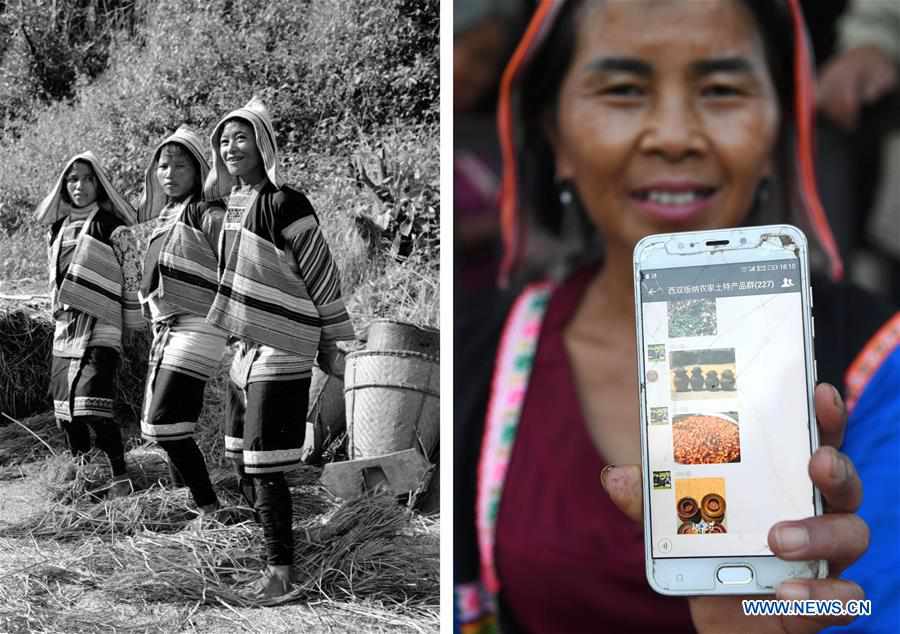