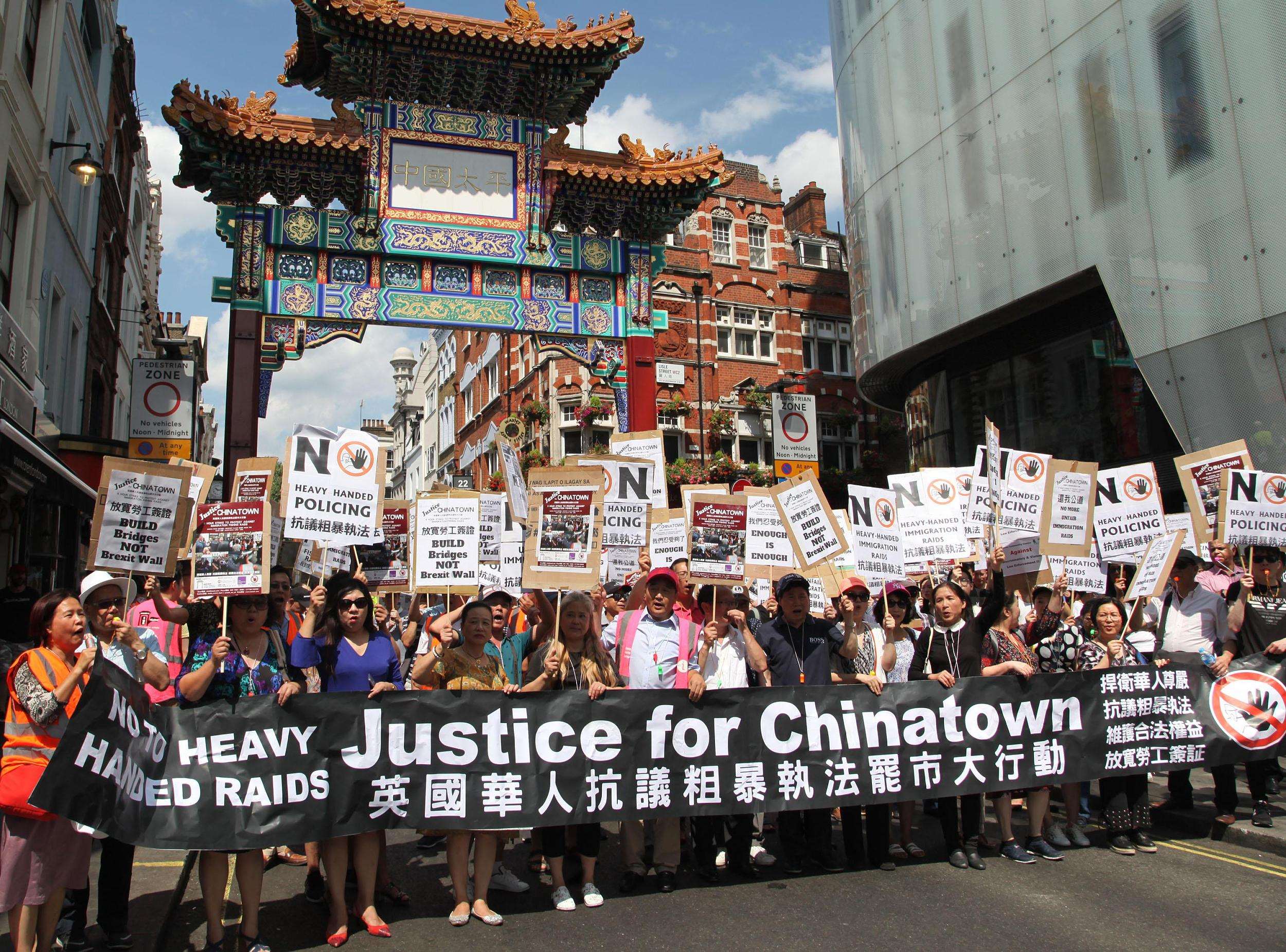 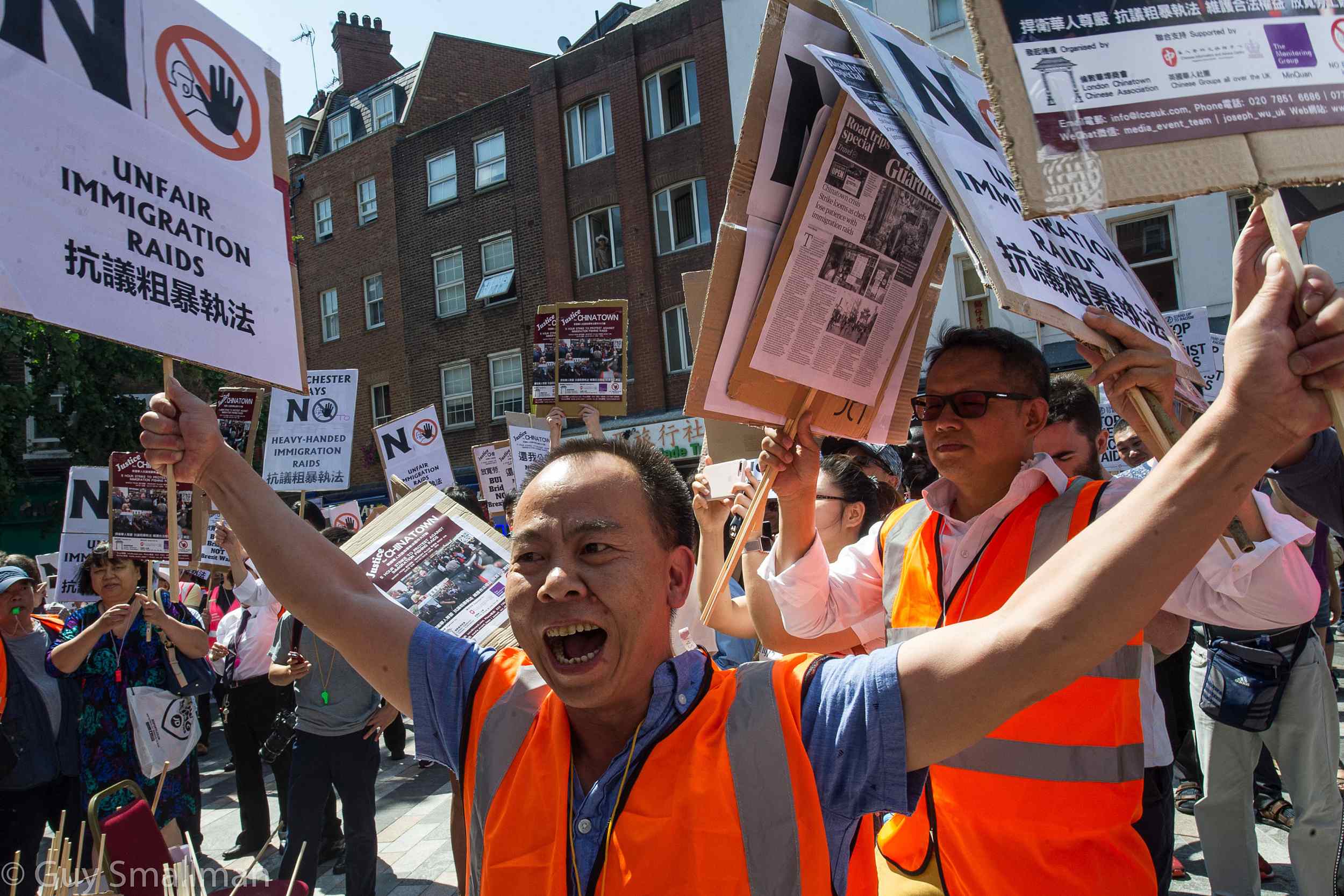 Protesters marched against a growing number of raids of Chinese restaurants, which they described as the Home Office “fishing” for illegal immigrants. /VCG Photo

They argued that enforcement officers often came without warrants and were heavy-handed. /VCG Photo