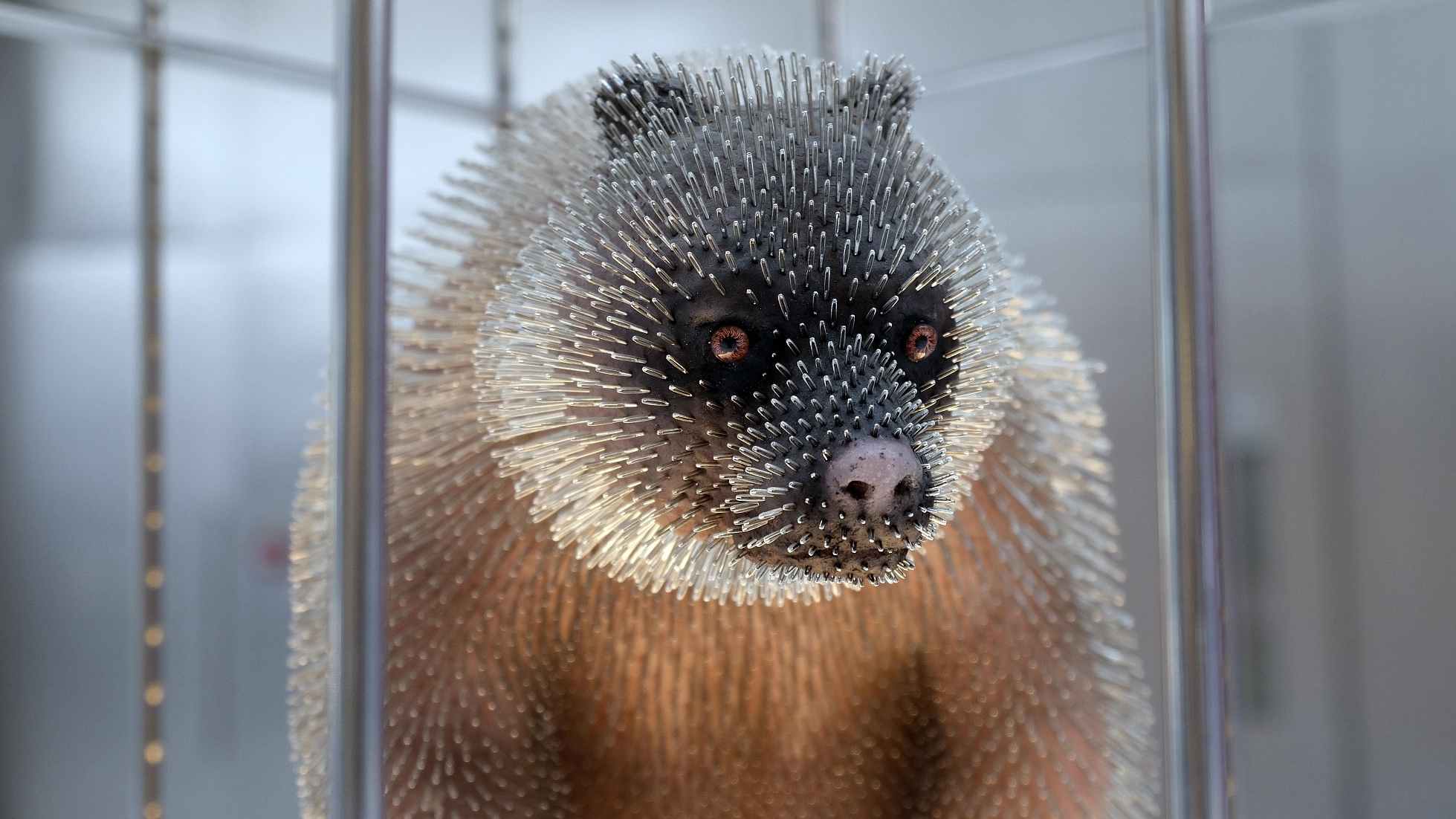 Two sculptures made out of sewing needles are on display at a shopping mall in Shenyang, northeast China's Liaoning Province on Saturday. /VCG Photo 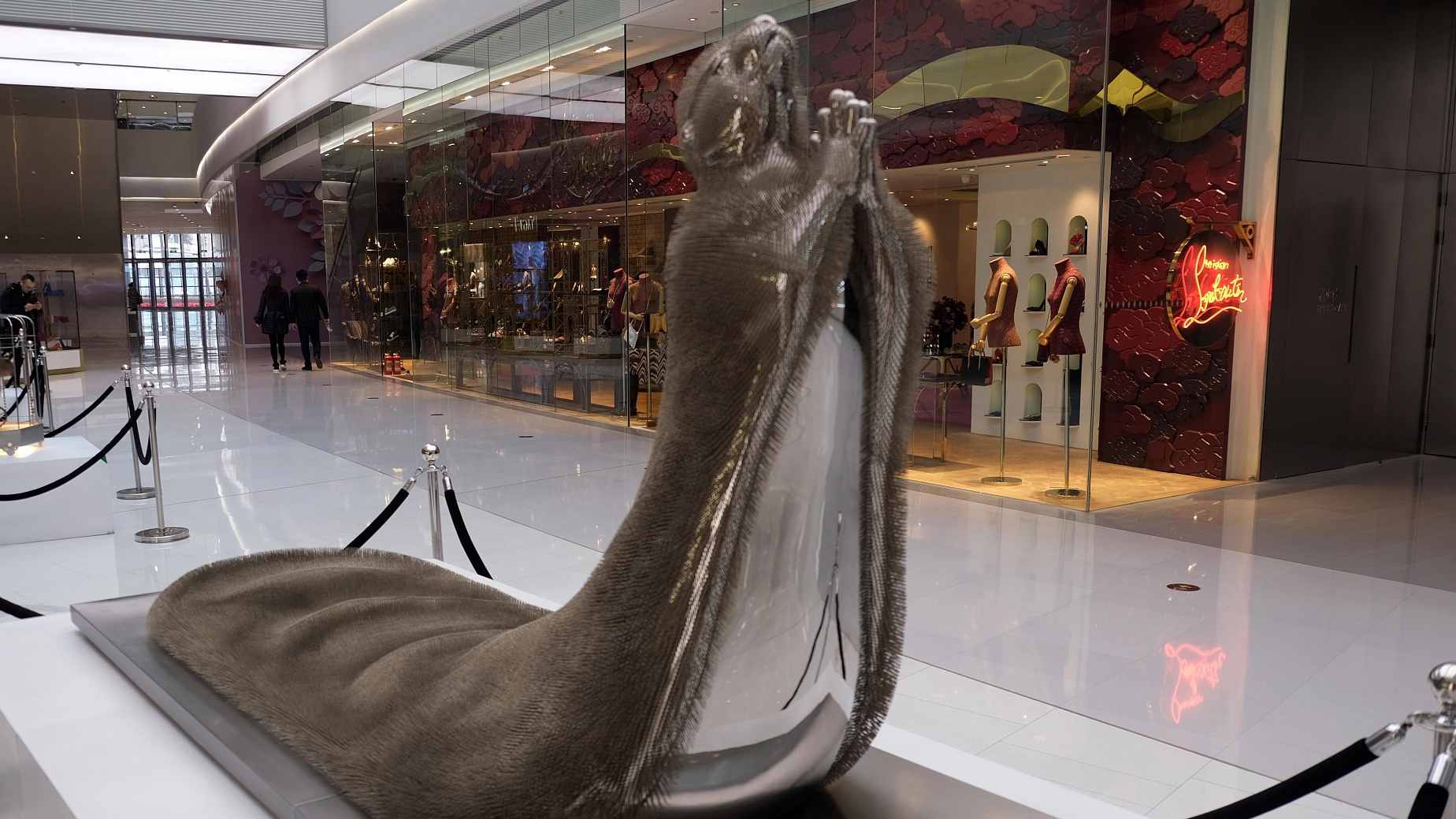 Implying “needles are the pains,” the sculptures shaped in otter and bear are created to embody the pain animals suffered when humans take their furs. /VCG Photo 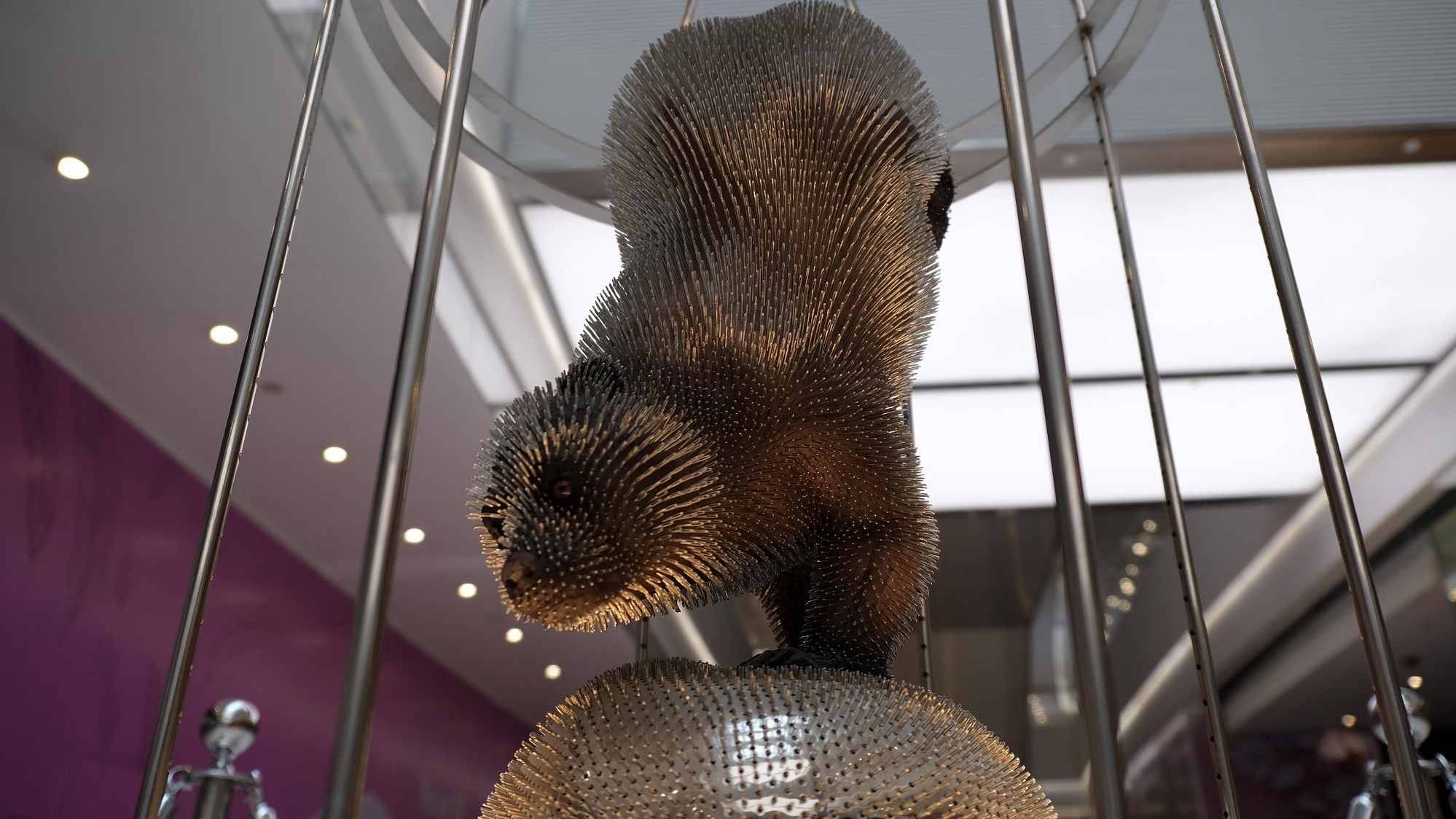 Guided by the Dean of the College of Fine Arts of Shenyang University, the sculptures, which are made from around 550,000 needles, took 36 art students more than 100 days to complete. /VCG Photo 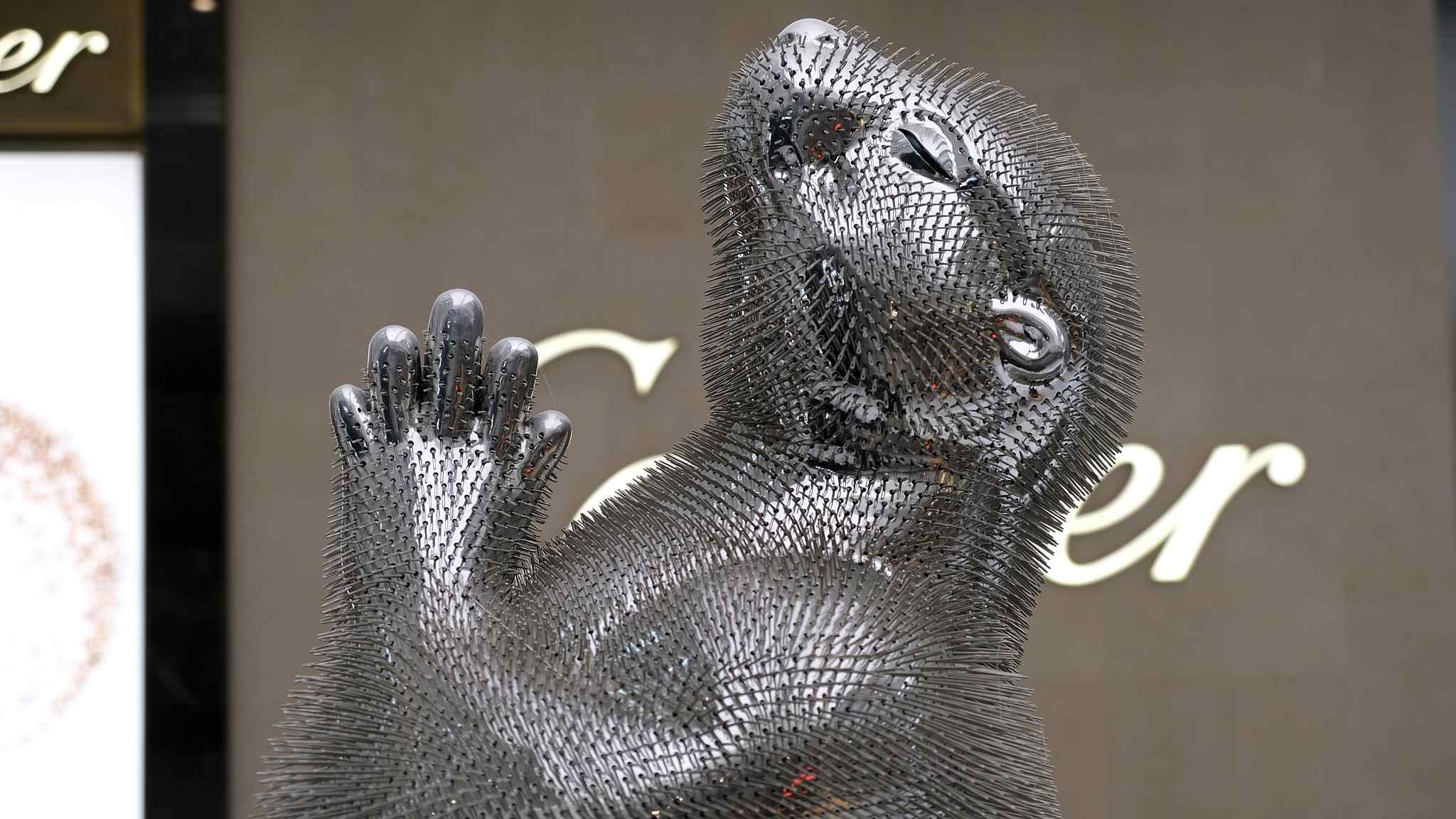 Respectively entitled “Piece of Fur Made from Thousands of Needles and Pain” and “Captive Liberty,” the sculptures send a message for better animal protection and an end to the fur trade. /VCG Photo