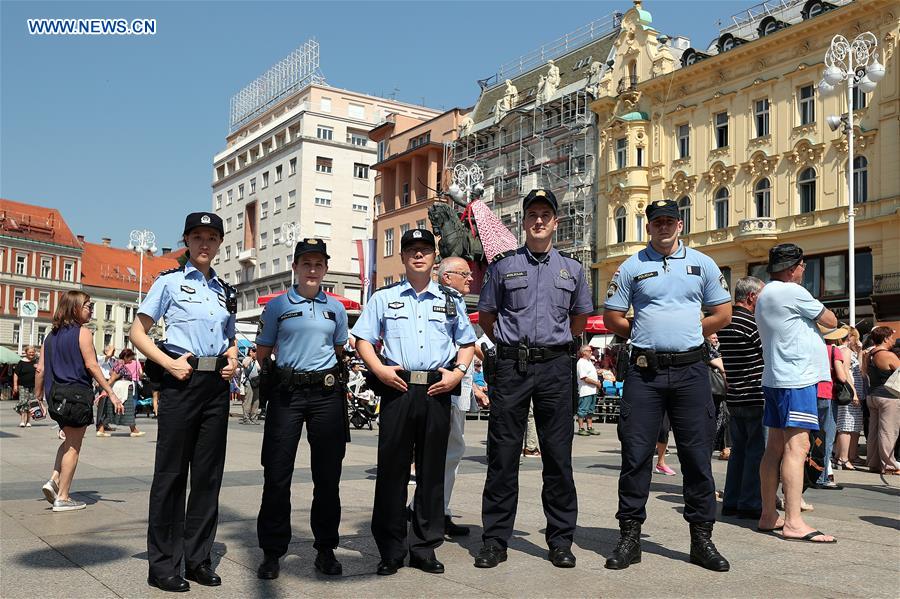 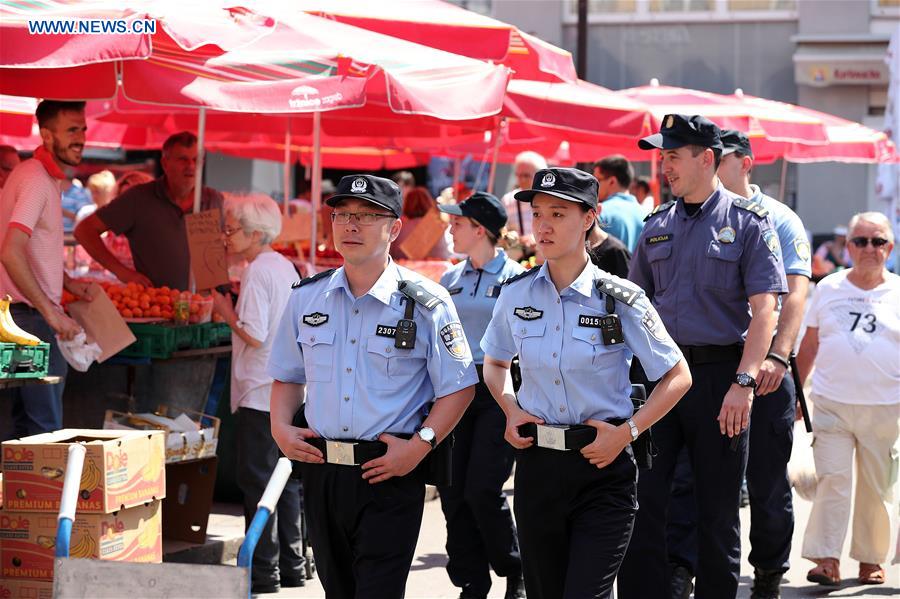 The first joint patrol between Chinese and Croatian police during tourist season was launched on July 15. (Xinhua/Goran Stanzl) 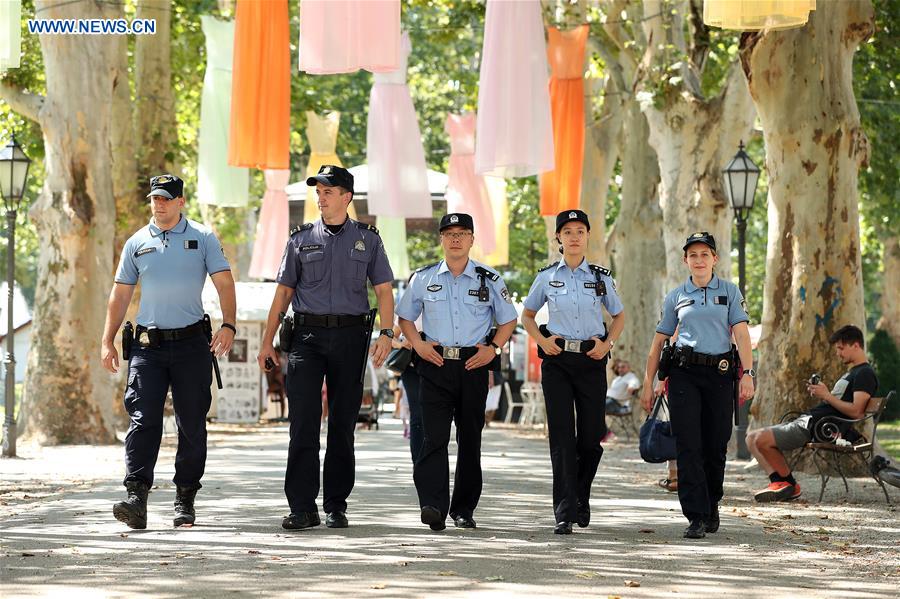