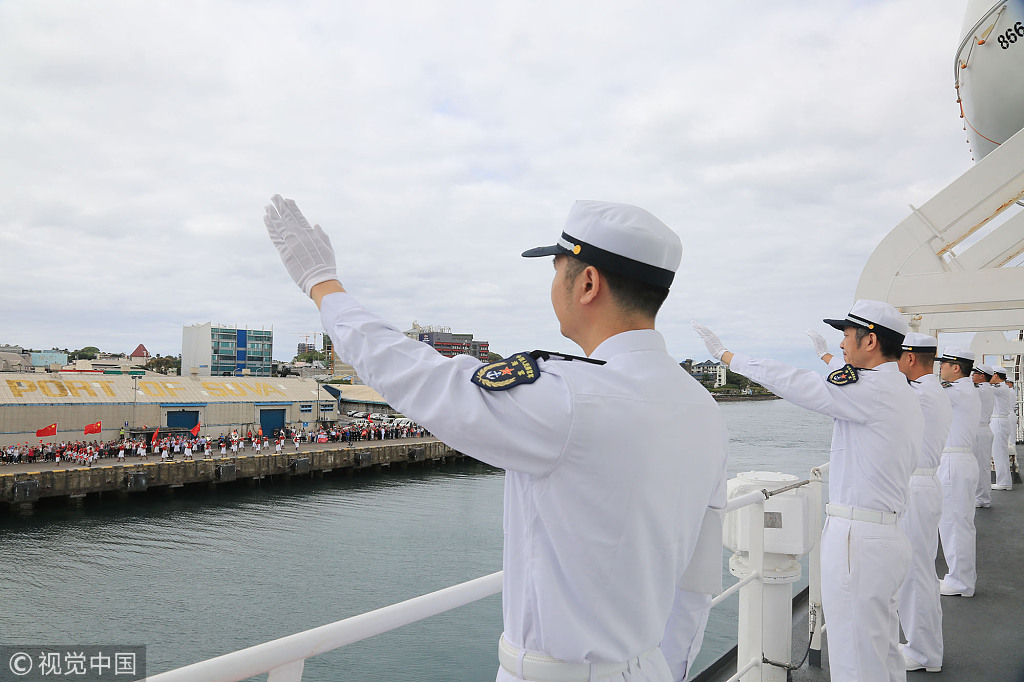 The Chinese naval hospital ship Ark Peace departs Suva Harbor on Thursday, wrapping up an eight-day goodwill visit to Fiji. The ship is heading for Tonga, the fourth stop of its current mission. (Photo: VCG) 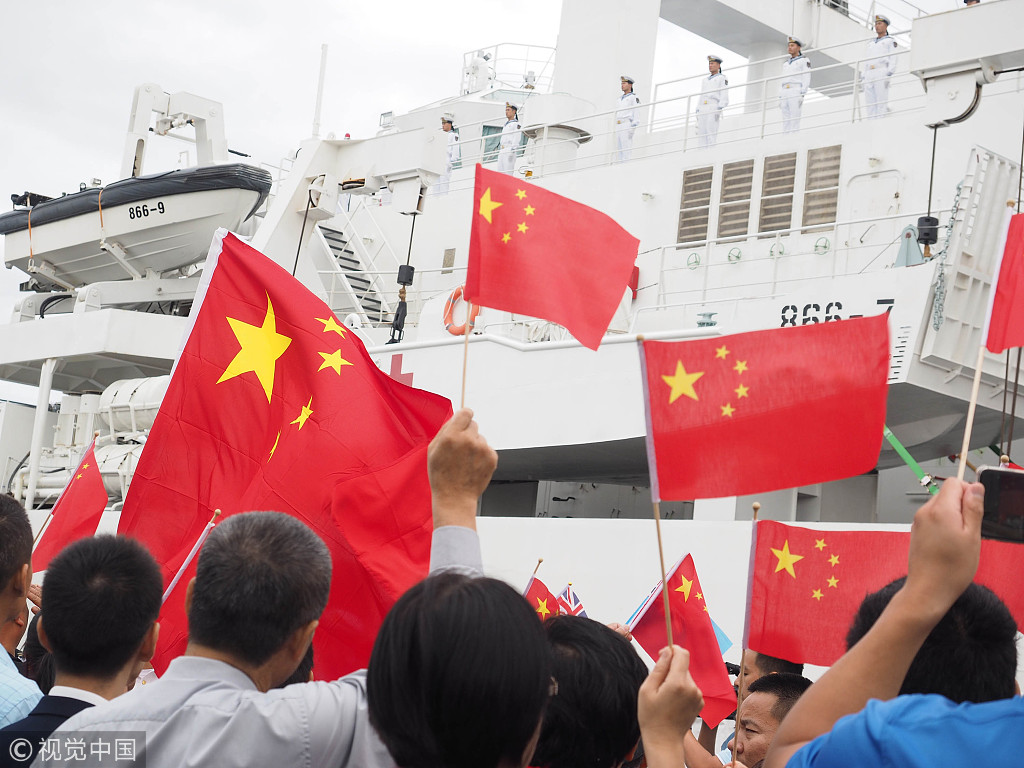 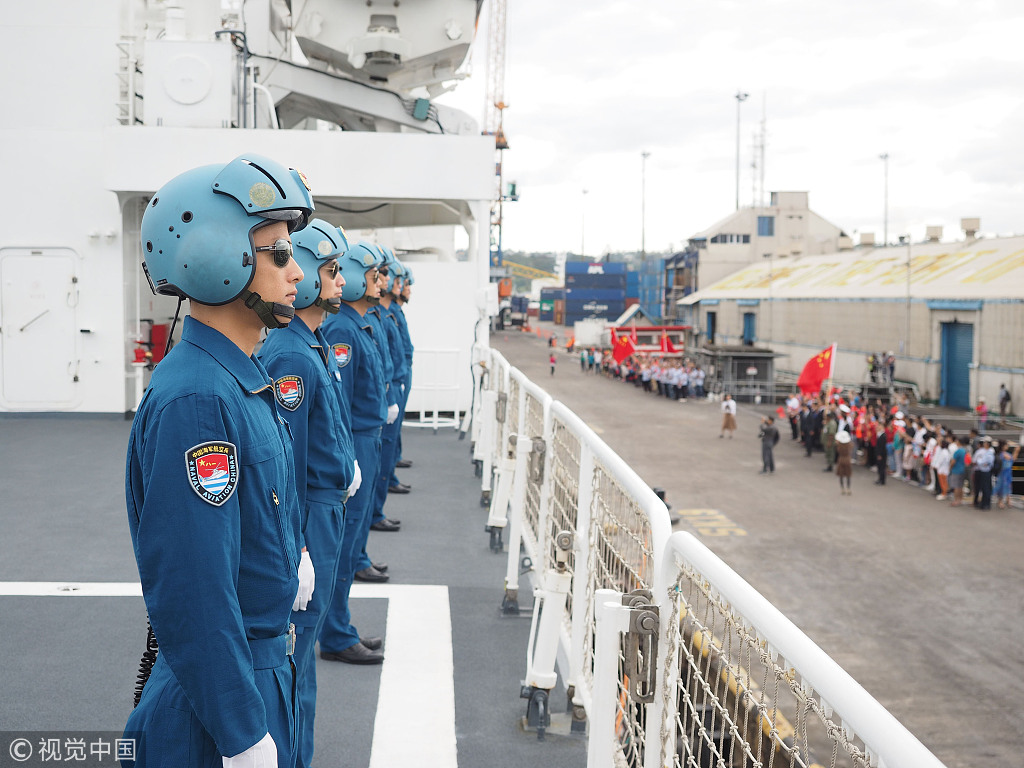 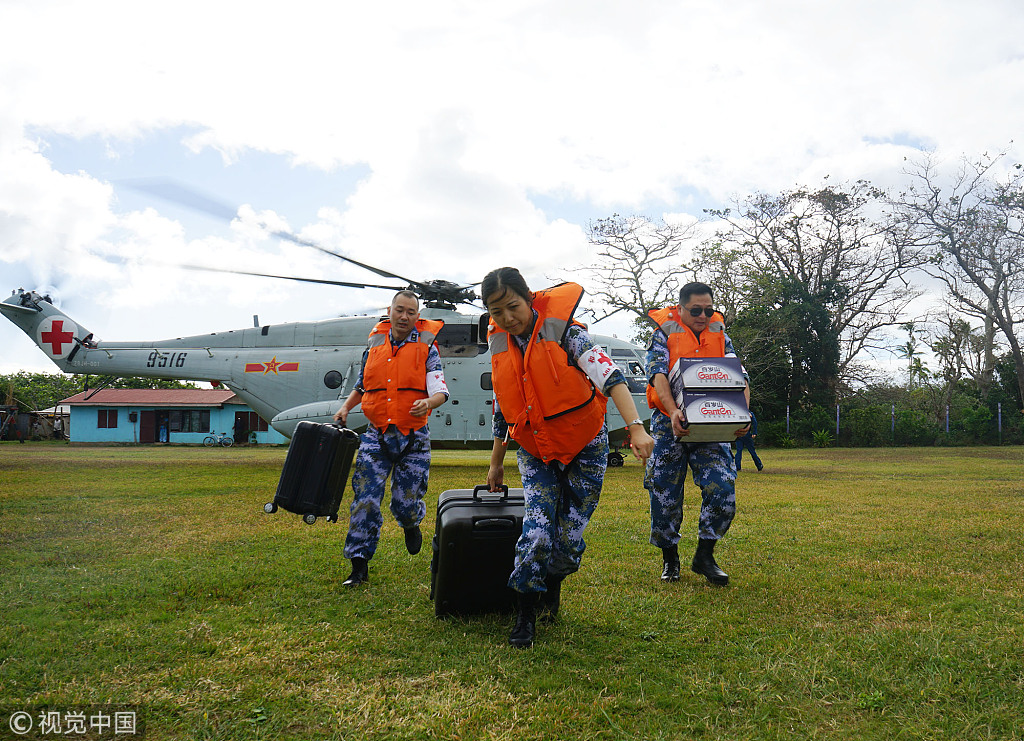 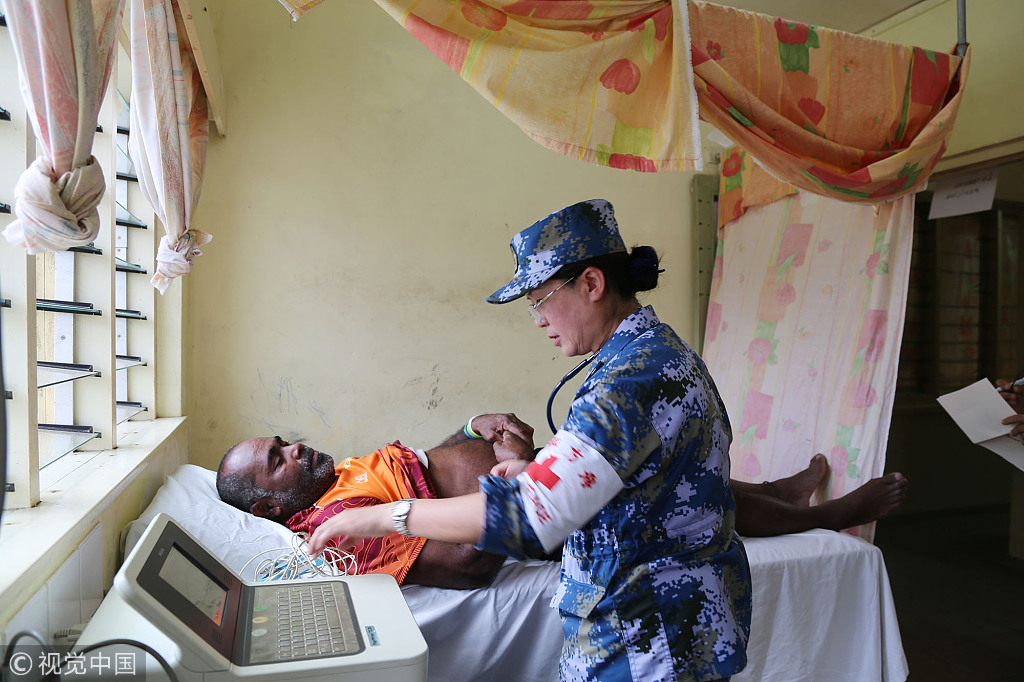 A cardiologist conducts a health check for a local resident on Vatulele Island on Tuesday. (Photo: VCG)

Fijian Prime Minister Voreqe Bainimarama has a talk with a local teenager who remains hospitalized after receiving surgery on the ship on August 4. During its visit in Fiji, Ark Peace provided consultation and treatment for 6,577 people and completed 32 surgical operations. (Photo: VCG) 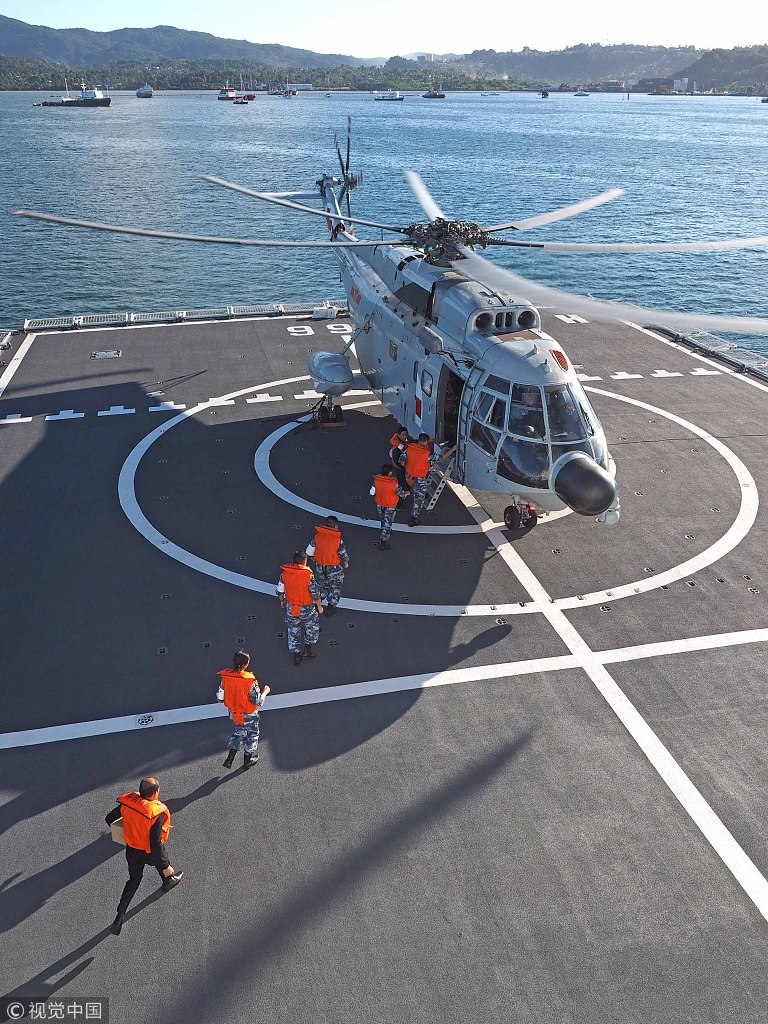 Medical members board a rescue helicopter which is poised for a mission on Vatulele Island on Tuesday. (Photo: VCG) 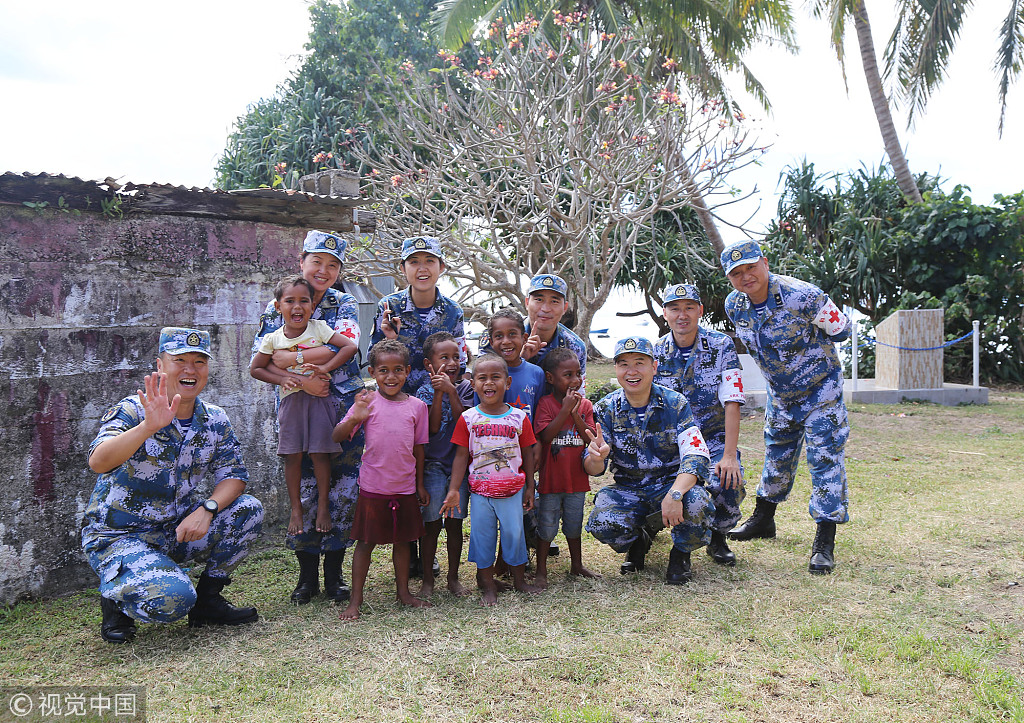