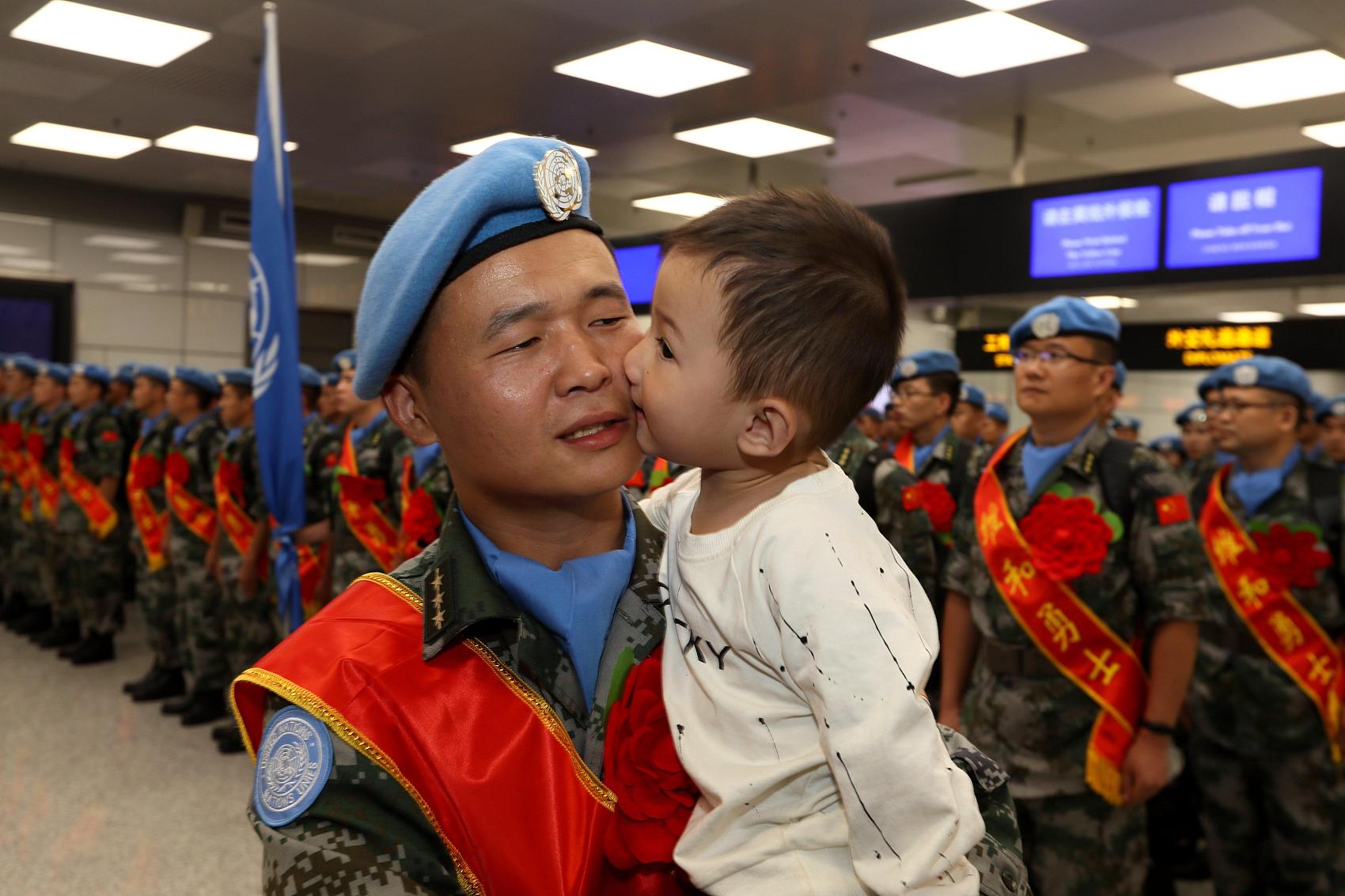 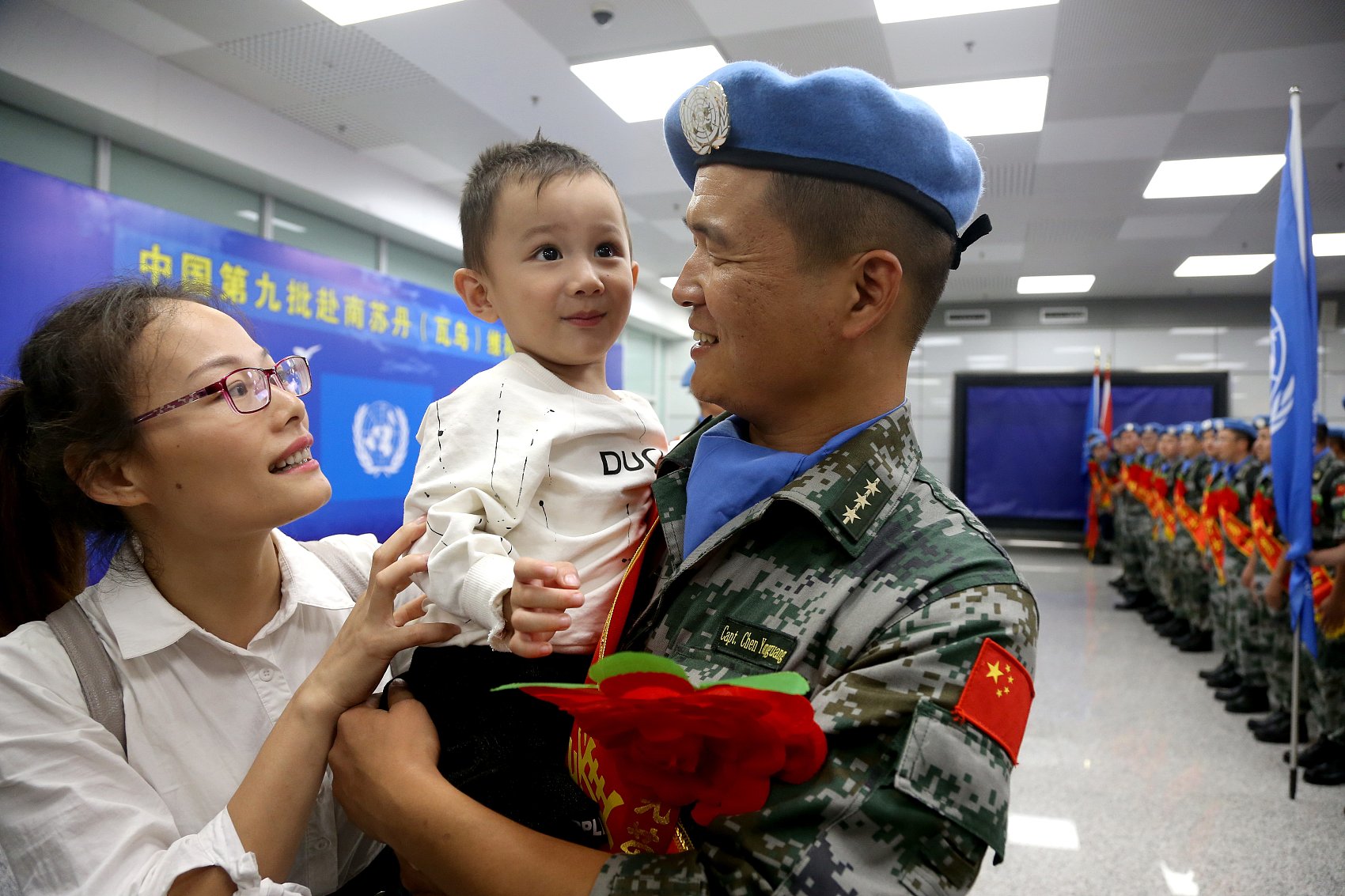 A soldier says goodbye to his wife and child. The peacekeepers, formed by the 83rd Army Group and the Third Hospital of Zhengzhou Joint Service Center, are the first group of a 331-strong battalion sent by China for the mission. 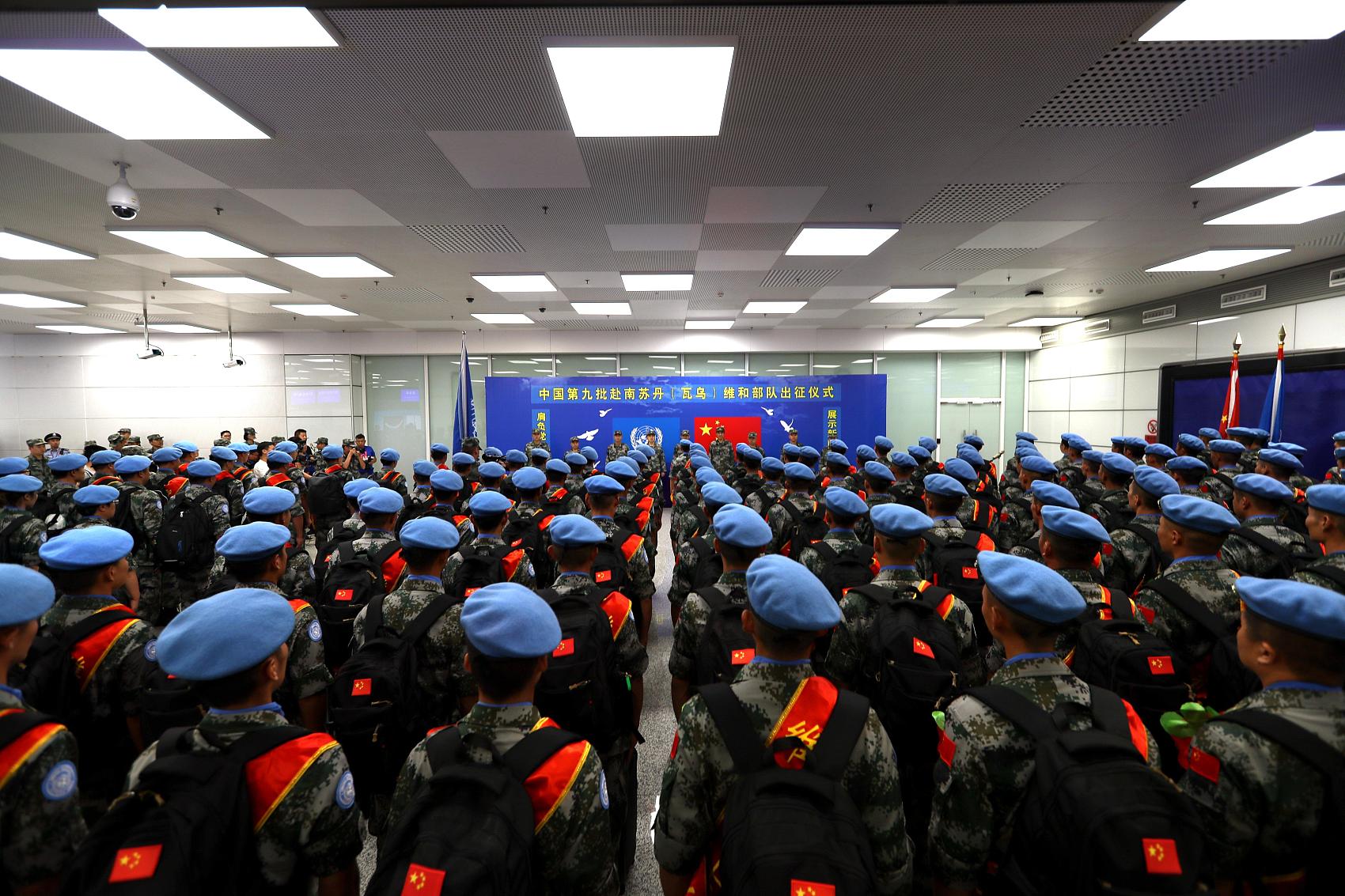 The group consists of a sapper team of 268 in charge of engineering support in mission areas such as repairing roads, bridges, and airports, constructing and maintaining barracks and shelters, building facilities for water and power supplies, and a medical unit of 63, which takes charge of medical treatment, epidemic prevention and humanitarian assistance in mission areas. 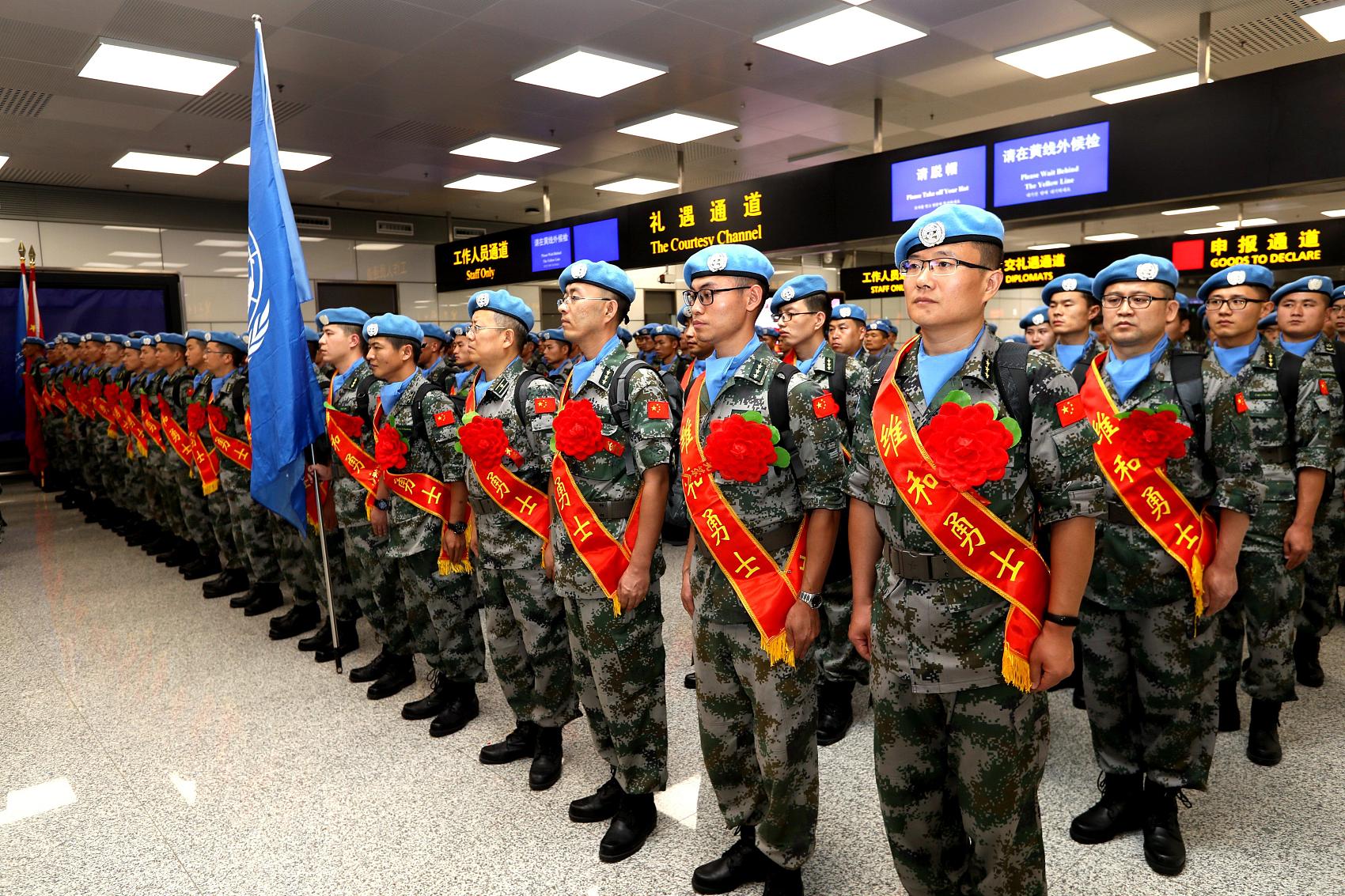 According to the schedule, the second group will leave from Zhengzhou to South Sudan on September 23, 2018. (Compiled by Bao Han)