The 7th Chinese peacekeeping force to Mali is composed of 412 personnel, including an engineer contingent and a guard contingent with personnel drawn from the PLA 78th Group Army, and a medical contingent with members mainly from the 962th Hospital of Shenyang Joint Logistic Support Center. 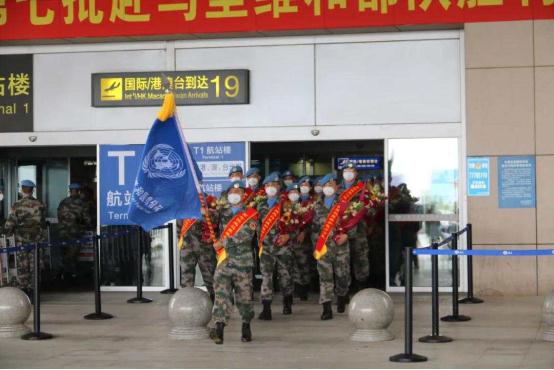 They flew to Mali last May for a one-year peacekeeping mission, which was later extended by three months as a result of the coronavirus pandemic. Having successfully completed all of their missions, all 412 personnel were awarded the United Nations Peace Medal of Honor.