Chinese woman has been making traditional food qingtuan for 30 years 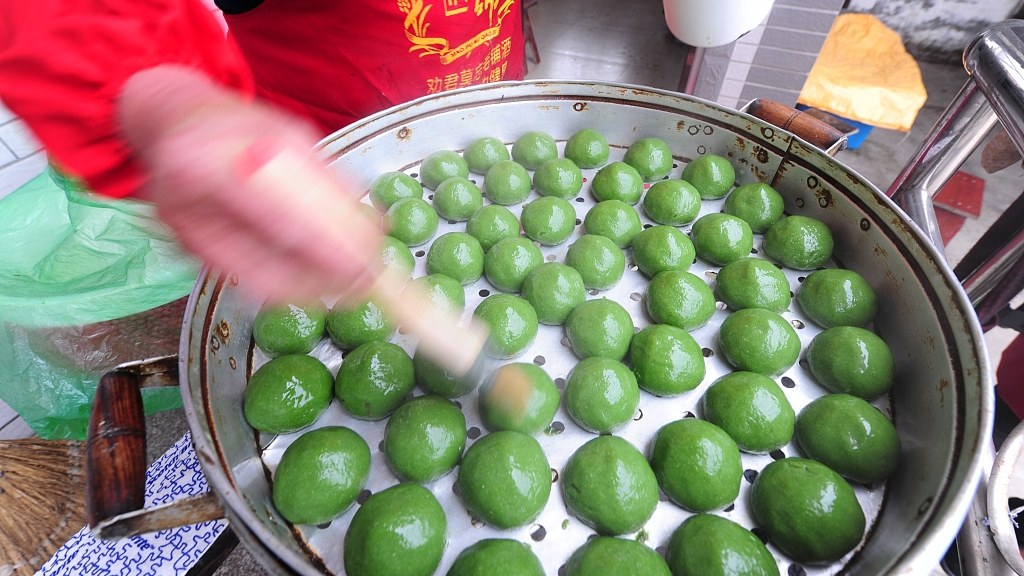 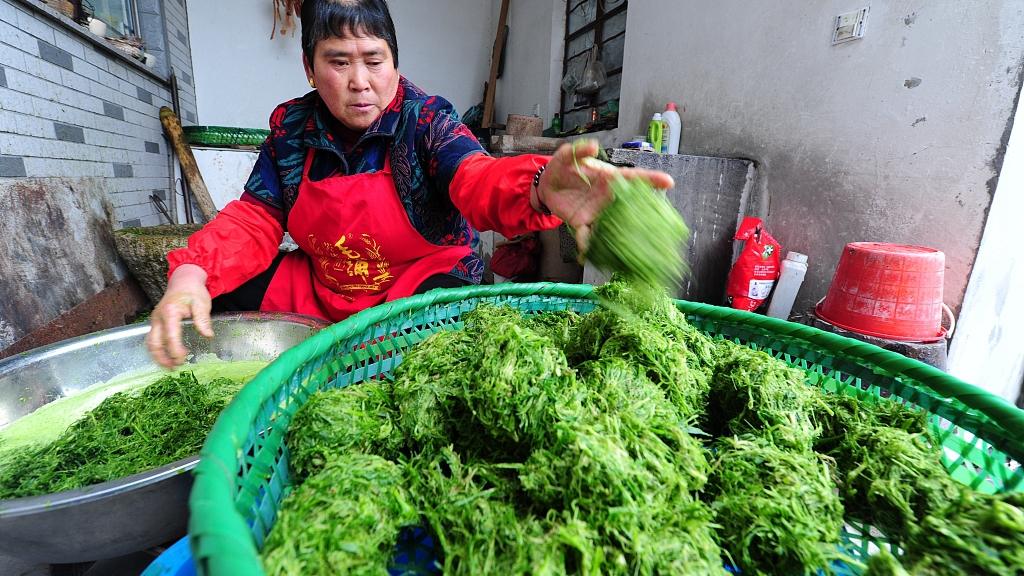 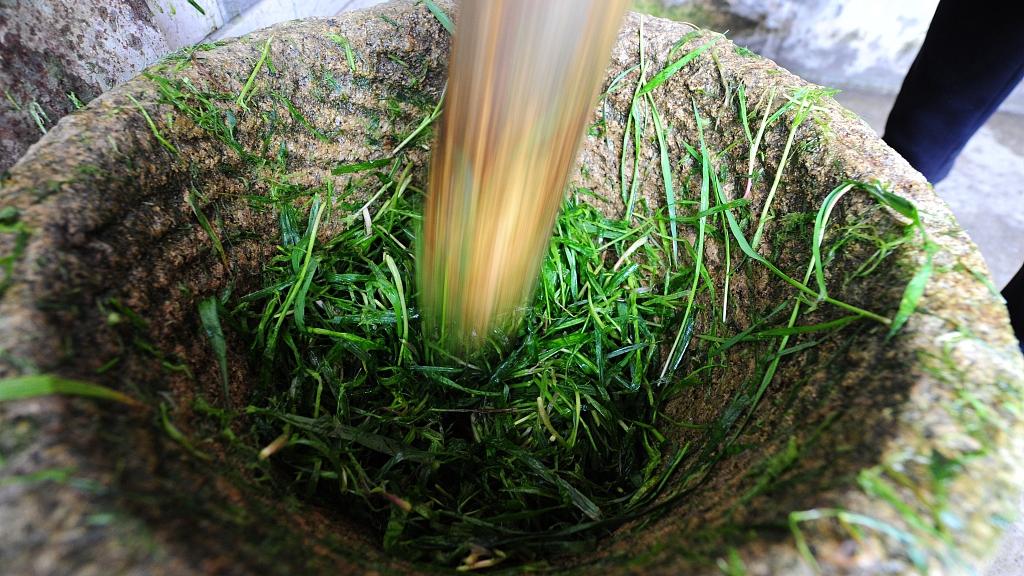 To make this snack, Tong starts by mashing fresh mugwort leaves in a stone bowl and then mixing them with flour. After that, a sweet filling of red bean is wrapped into the green dough. After being steamed, qingtuan becomes soft and delicate, with a mellow taste. /VCG Photo

Today, qingtuan, usually prepared and consumed as a street food in southern China, is sometimes seen in stores in packaged form. /VCG Photo