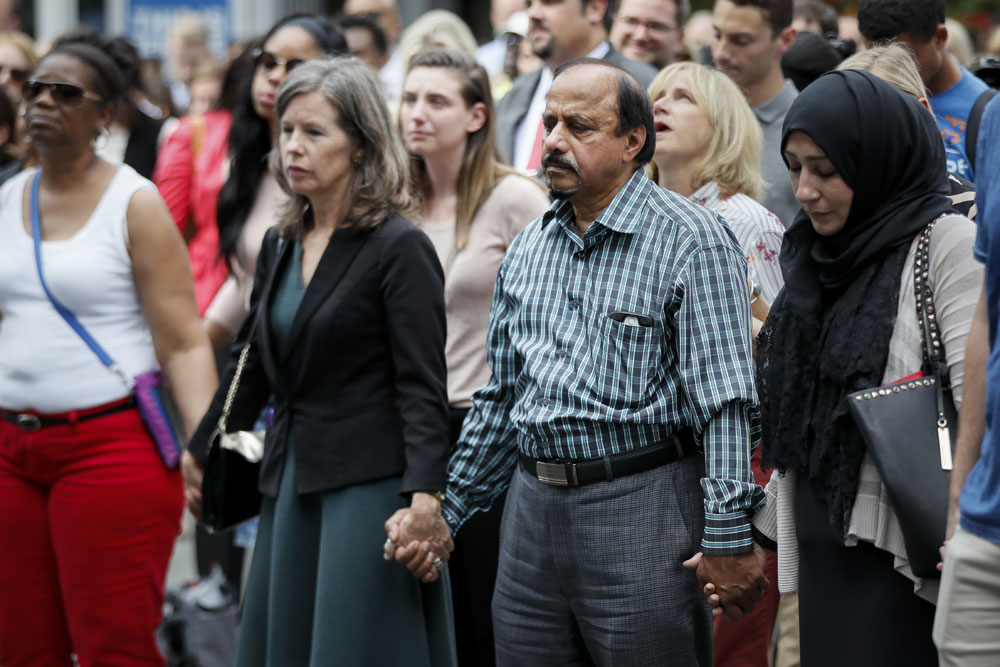 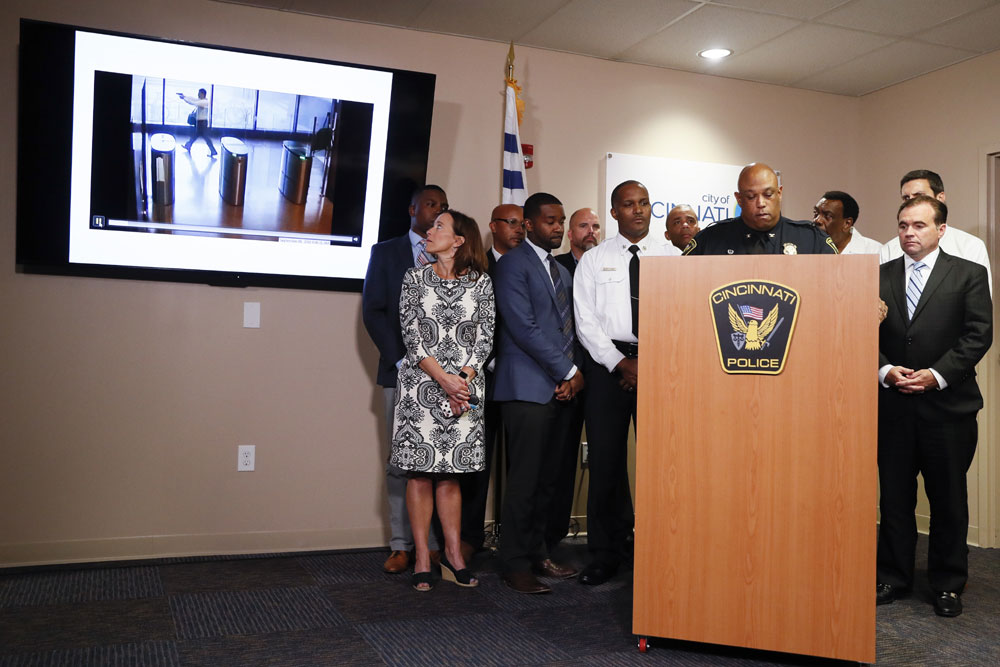 Suspect Omar Enrique Santa Perez is displayed on a security video that was shown during a news conference, Friday, Sept. 7, 2018, in Cincinnati, detailing the shooting incident from the previous day in the city's downtown business district. Cincinnati Police Chief Eliot Isaac and Mayor John Cranley addressed the media.[Photo: AP/John Minchillo] 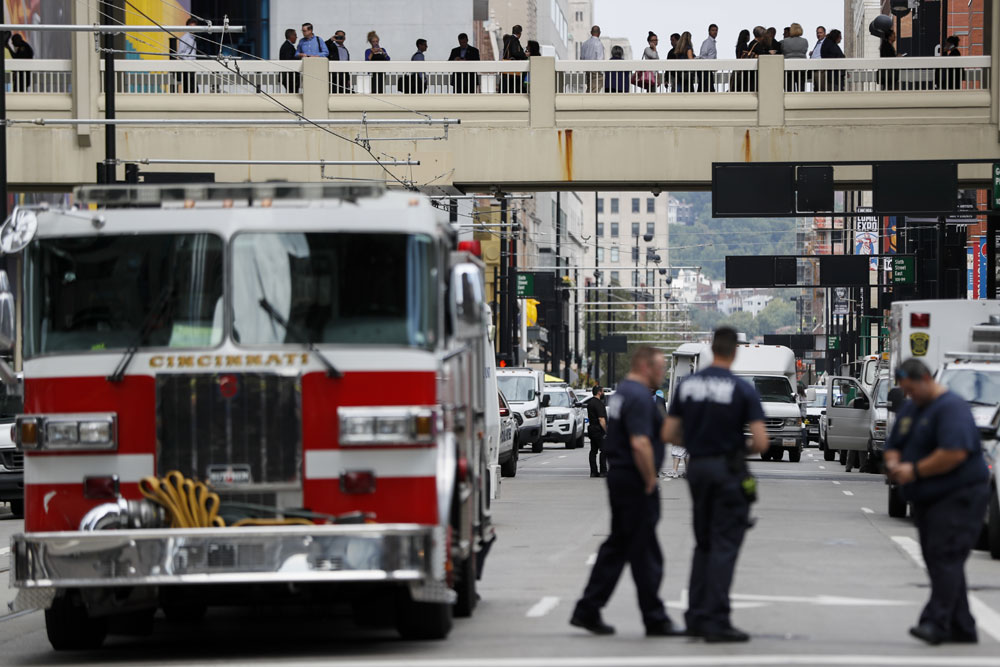 Civilians are escorted from the Fifth Third Center as emergency personnel and police work the scene of shooting near Fountain Square, Thursday, Sept. 6, 2018, in downtown Cincinnati.[Photo: AP/John Minchillo]