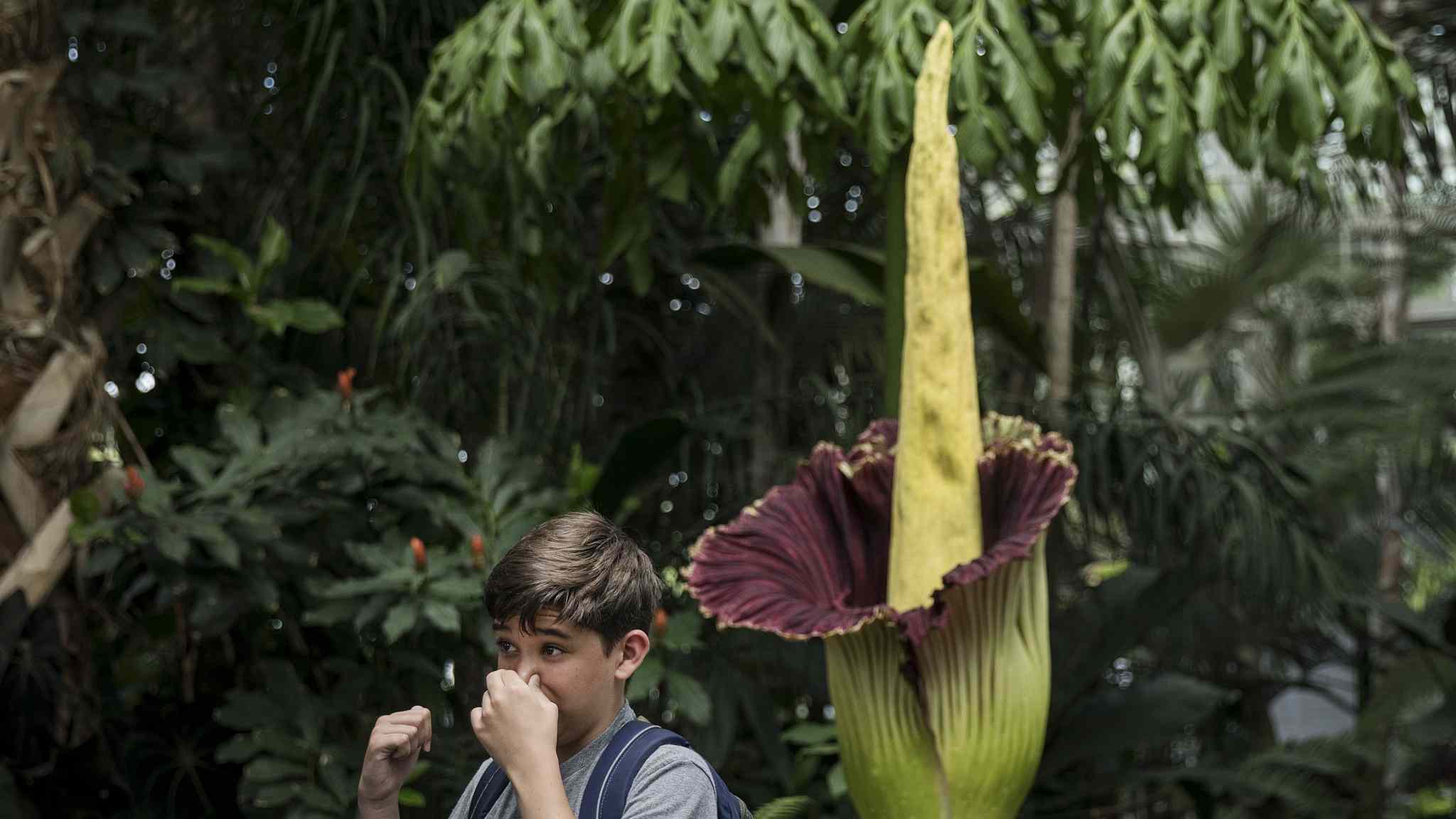 A huge corpse flower is in full bloom at the New York Botanical Garden. /VCG Photo 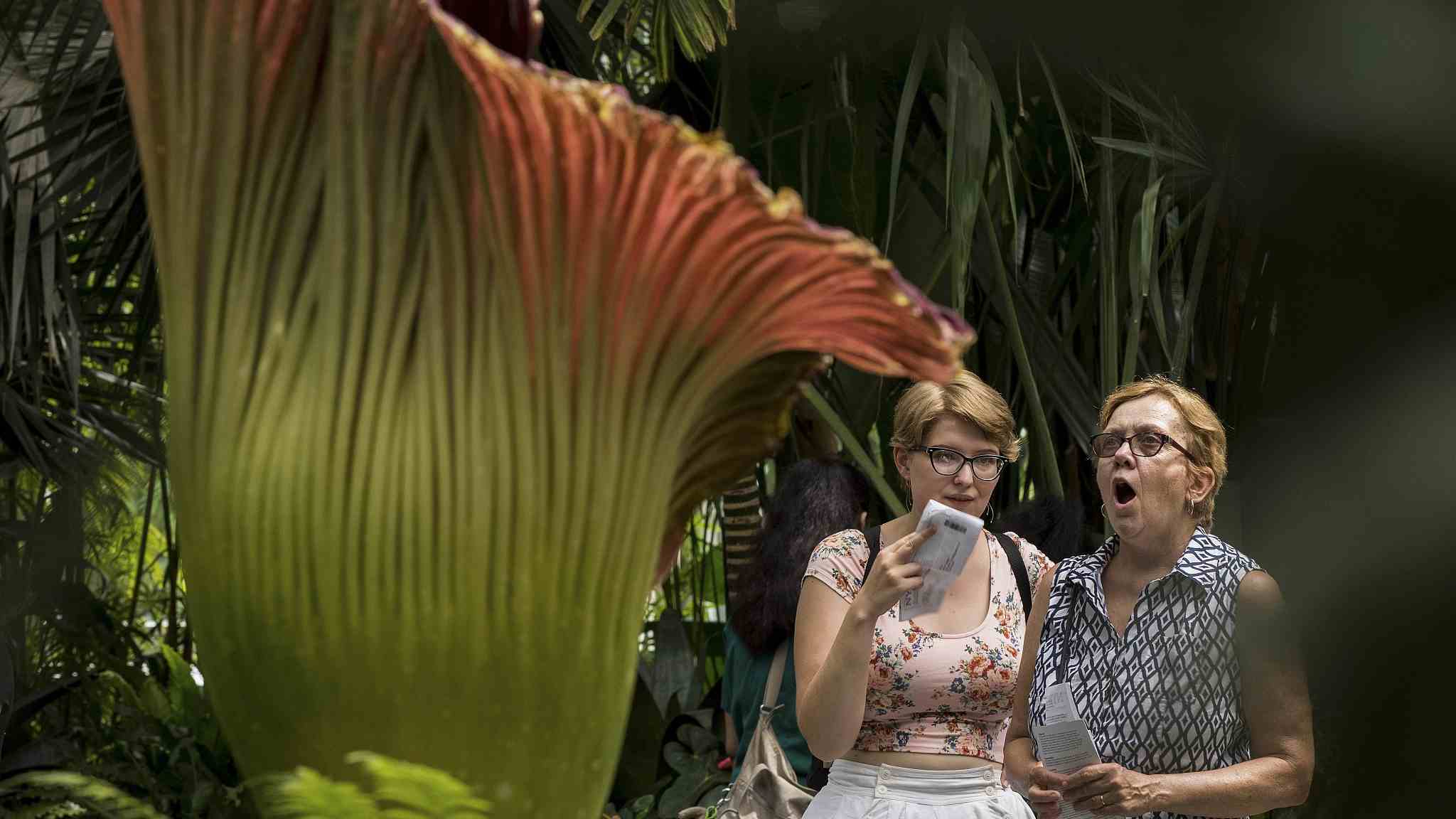 Together with the blossom, its odorous smell also stunned visitors who came to snap a picture on Thursday. They did not shrink back but covered their nose with their hands while taking photos with the huge flower, which blooms rarely and briefly. /VCG Photo 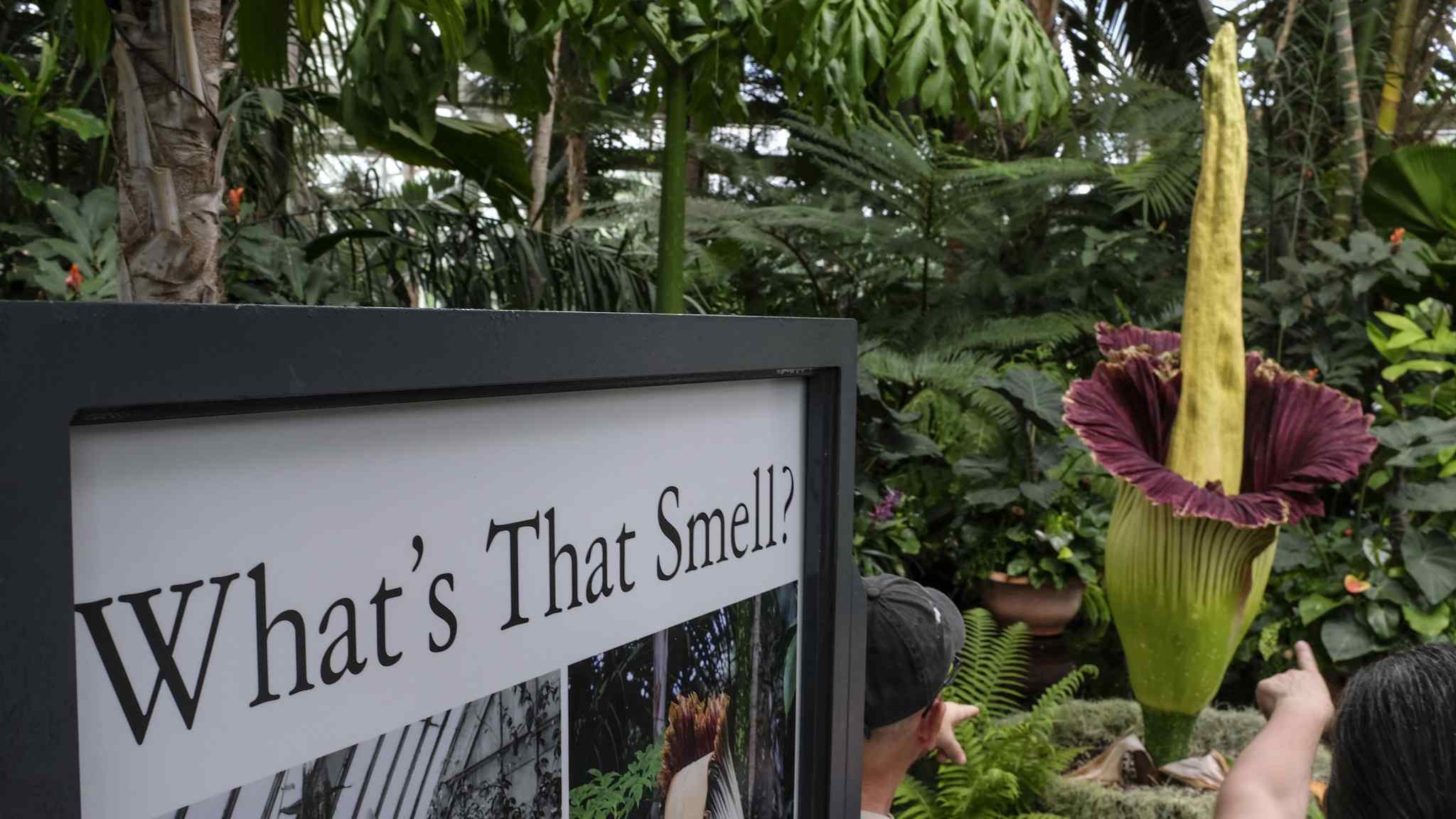 The New York Times cited a visitor’s description of the flower’s stench, saying it smelled rancid and sour, like the odor of a dead fish. /VCG Photo 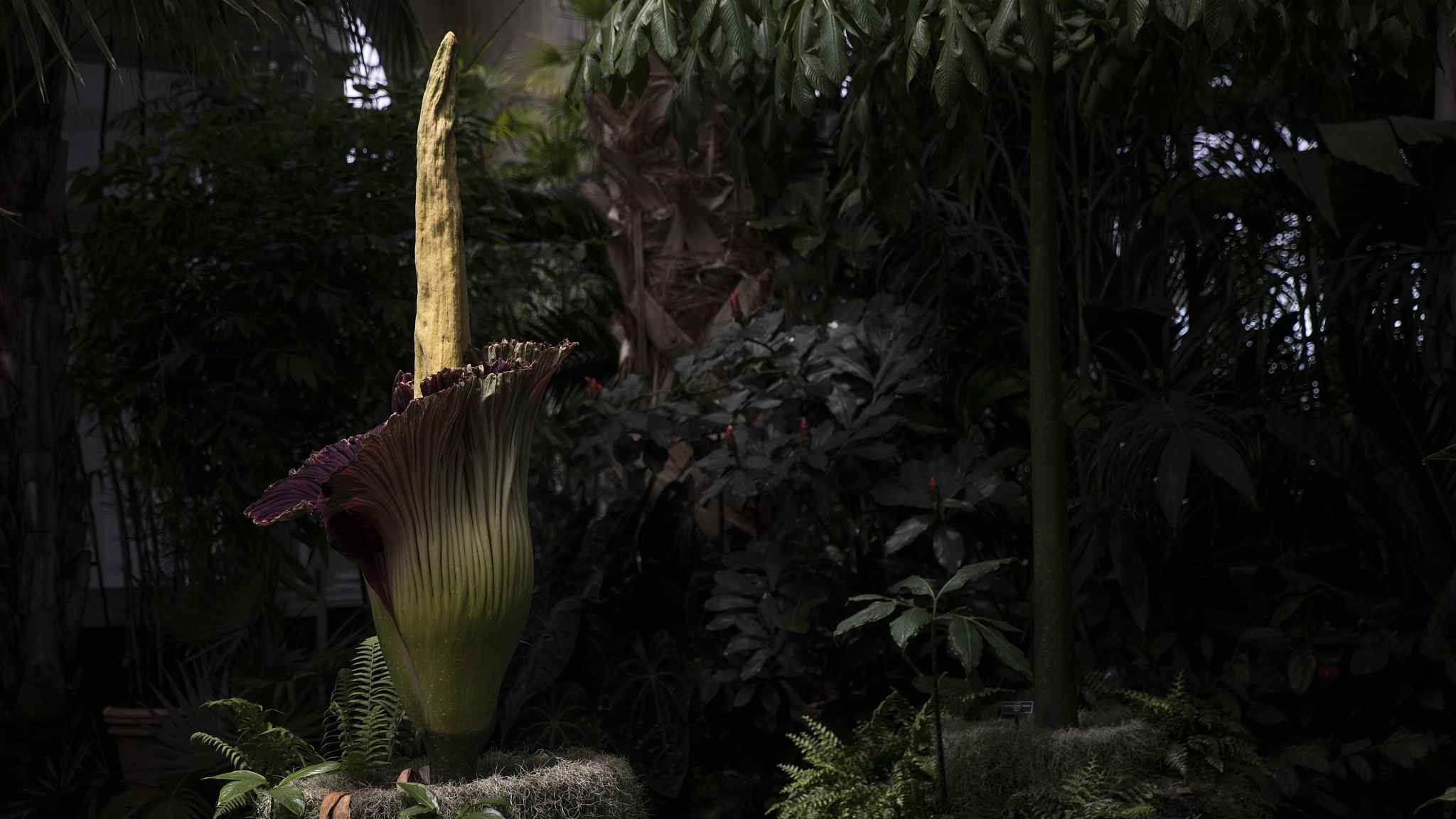 According to informationr on the Garden's official website, the corpse flower, scientifically known as Amorphophallus titanium, is native to the island of Sumatra in western Indonesia and it often reaches between six and 12 feet tall. The stench is to attract pollinators that feed on dead animals. /VCG Photo