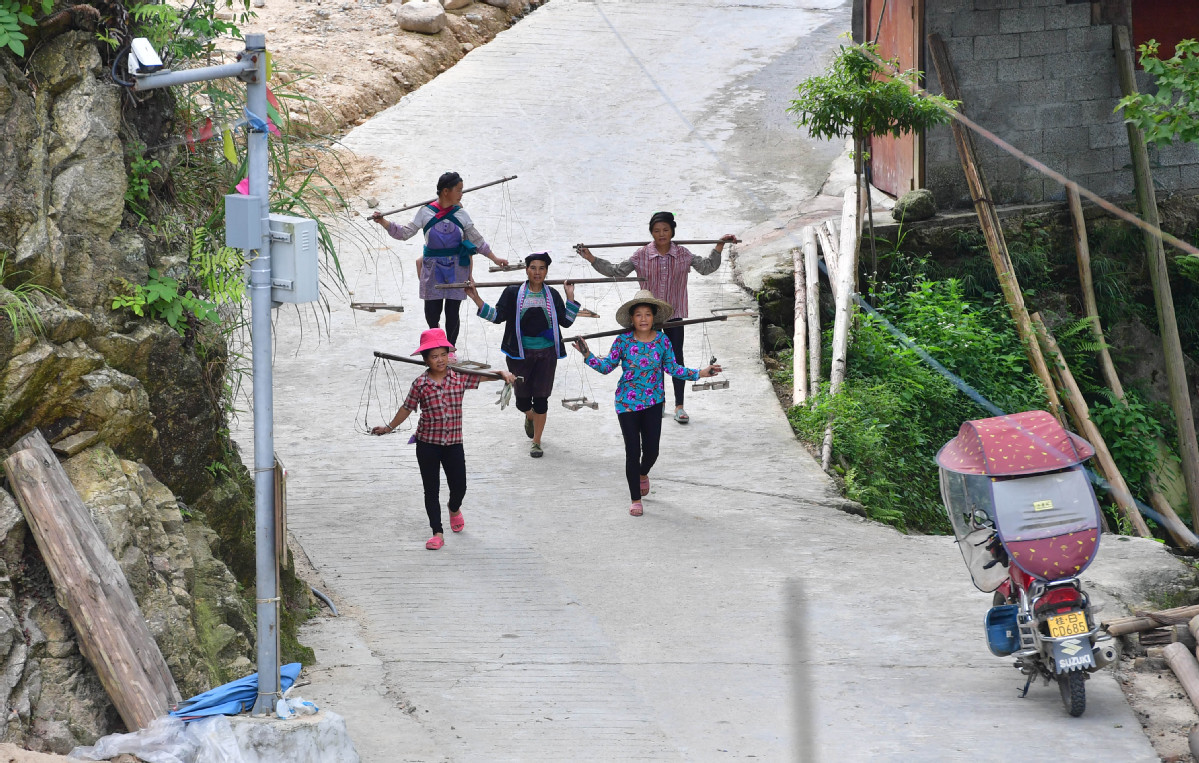 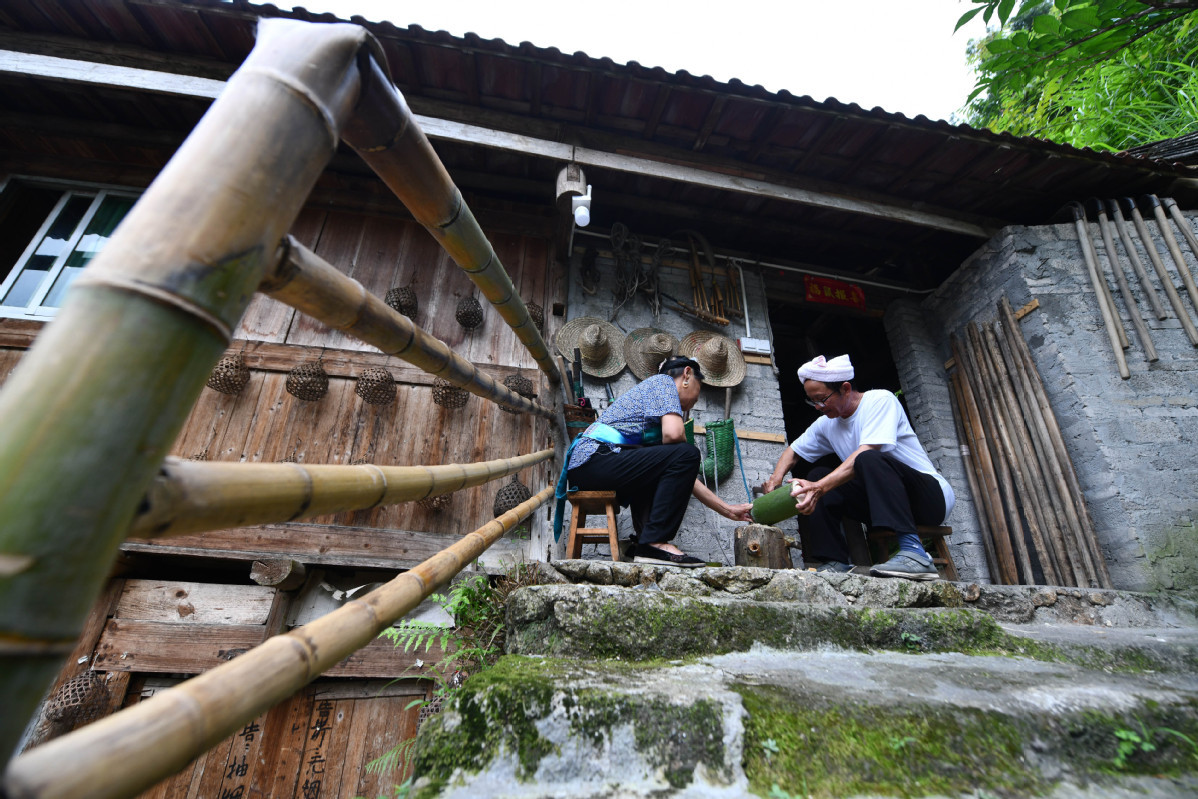 Villager Huang Anhe and his wife make handicrafts at the entrance of their house on July 26. 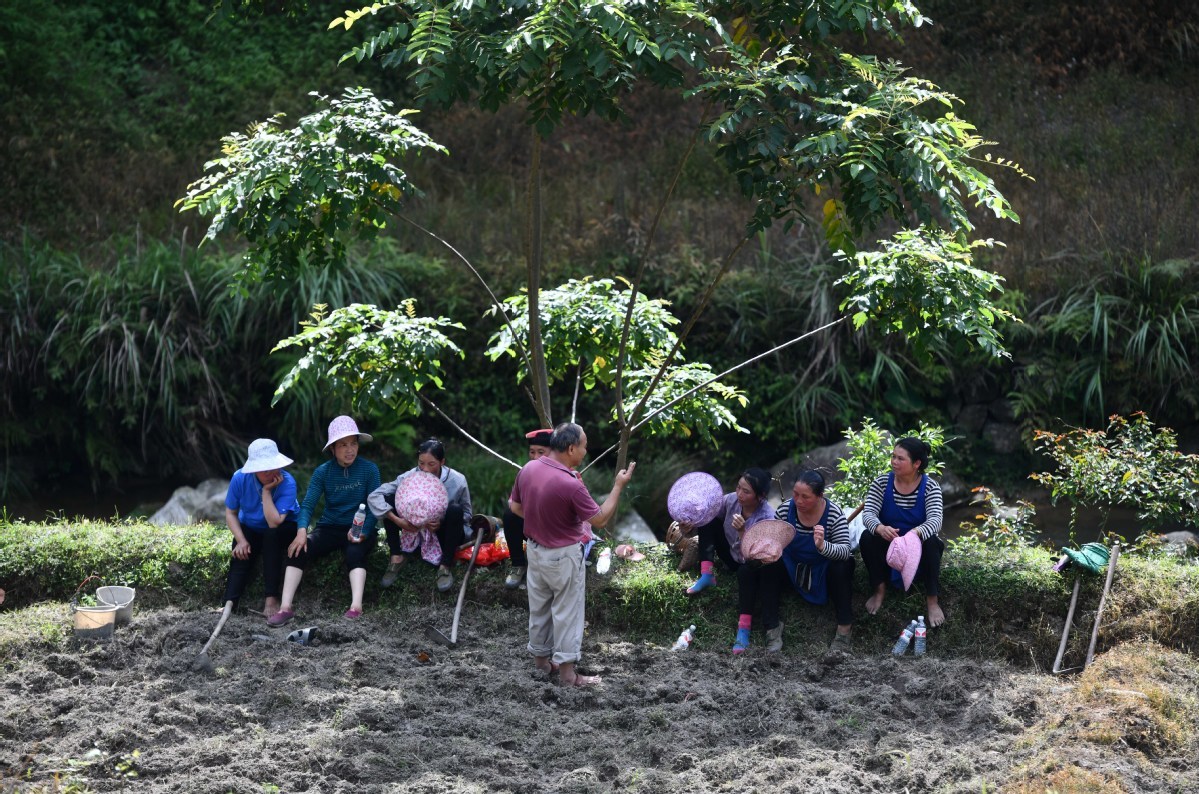 An expert from Liuzhou in Guangxi teaches villagers sorghum planting techniques on July 4. 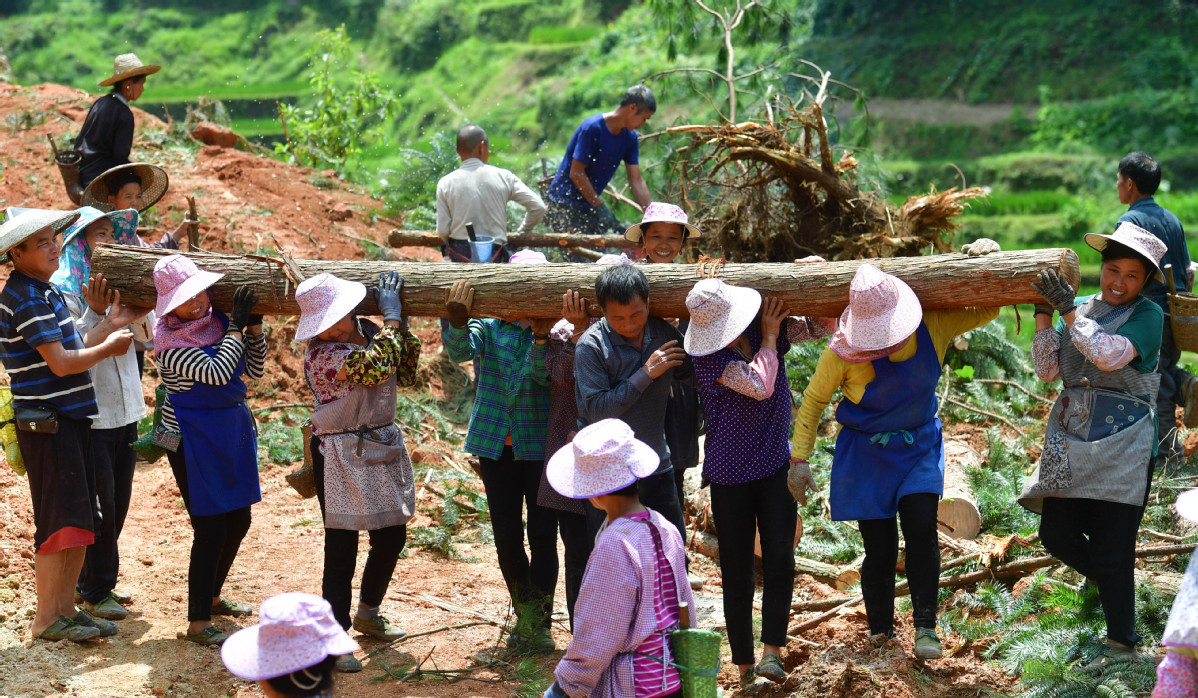 Villagers carry timber to the construction site of a new road on July 30. 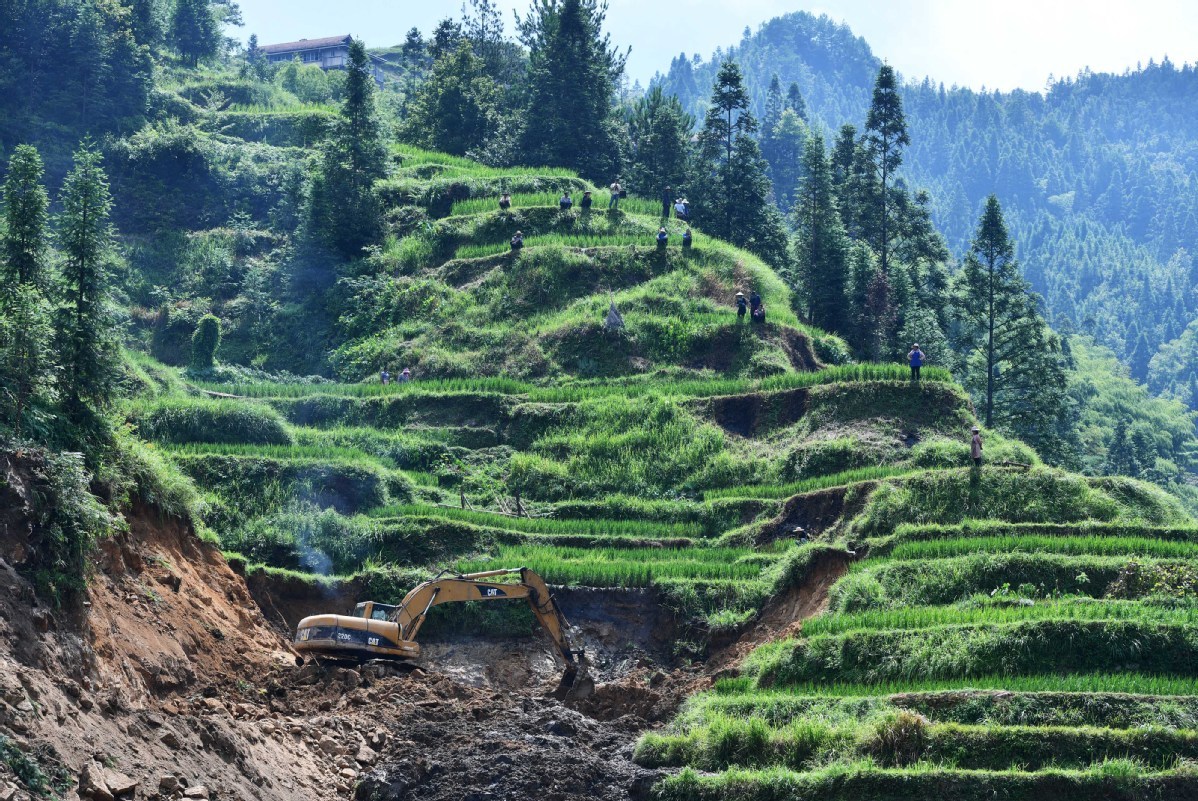 A digger works at the construction site of the new road on July 29. 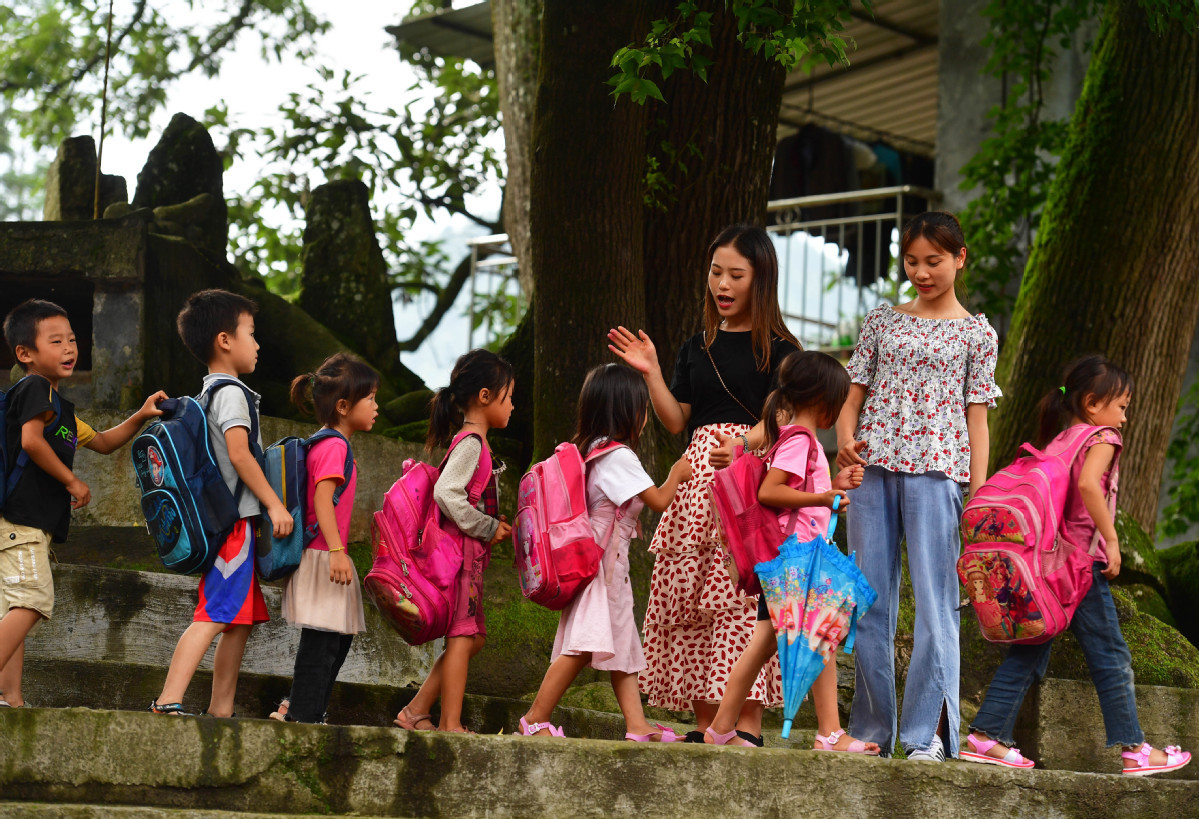 Wei Chunlan, a teacher from Gandong Township Central School in Rongsui county, waves goodbye to her students at the Wuying school on July 1. Teachers from Gandong have regularly been assigned to work at Wuying. 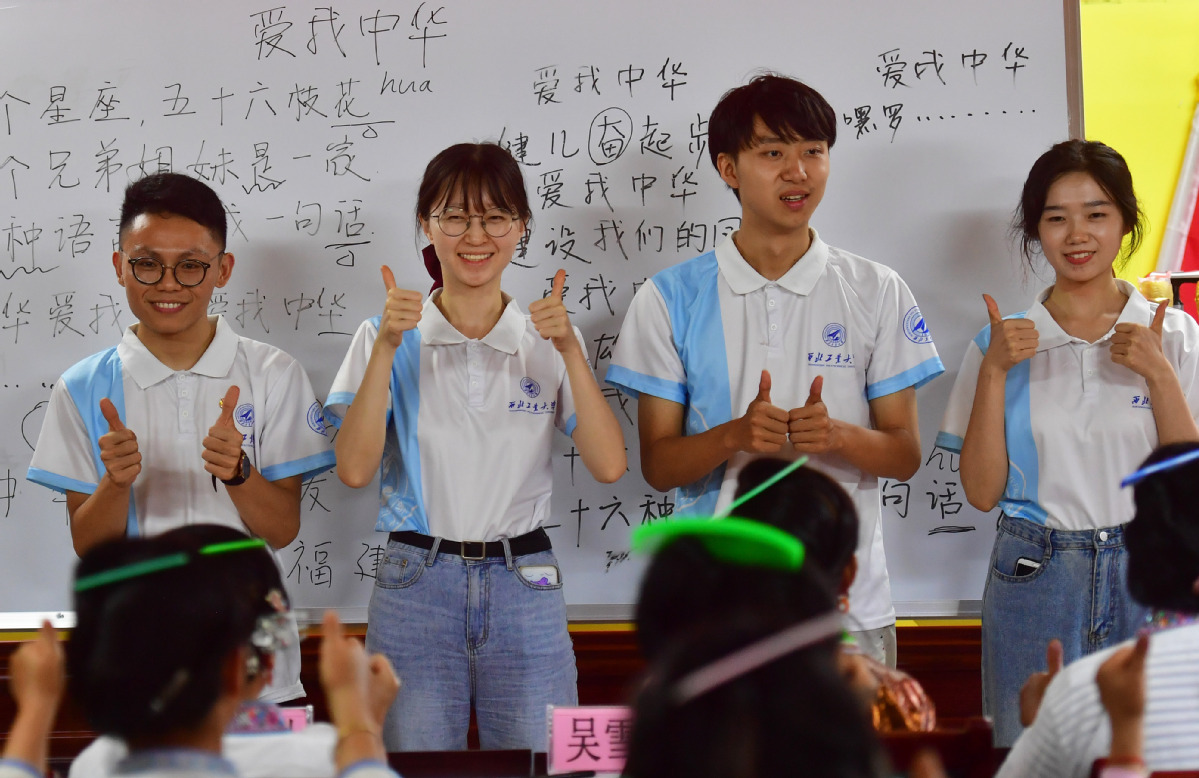 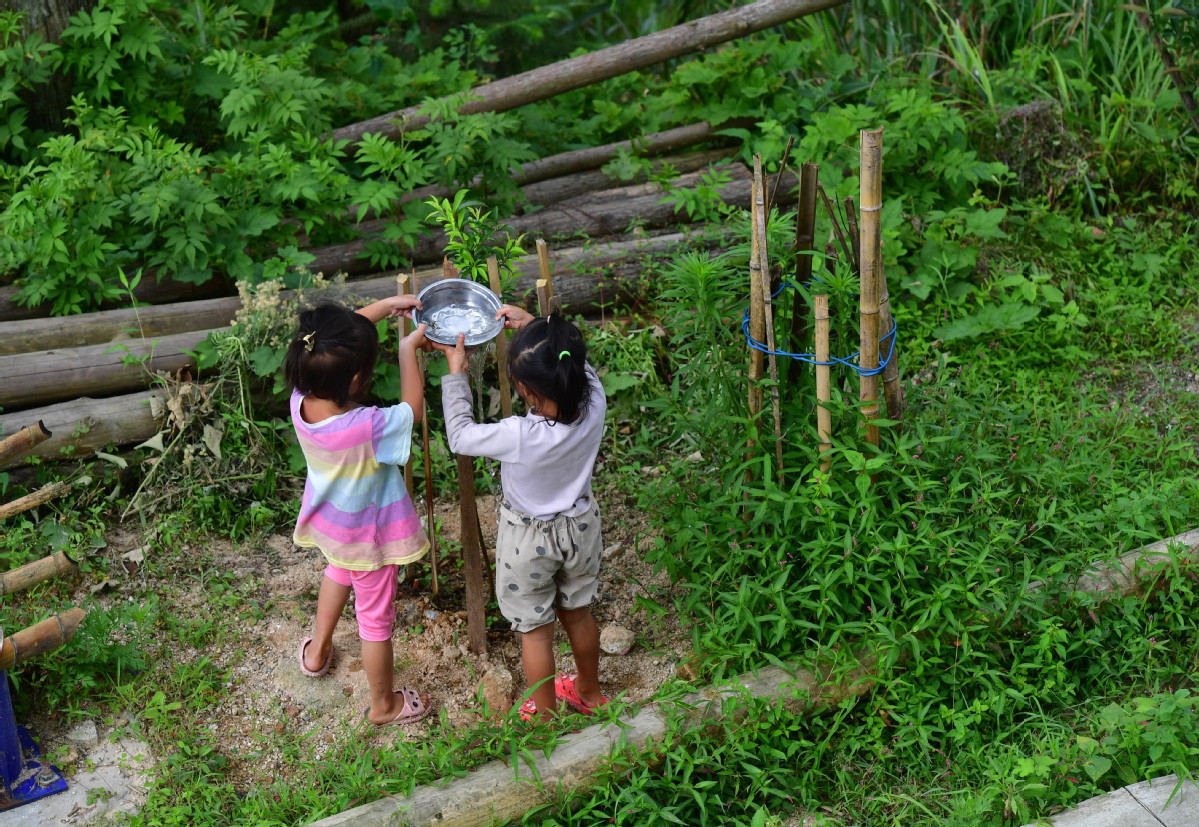