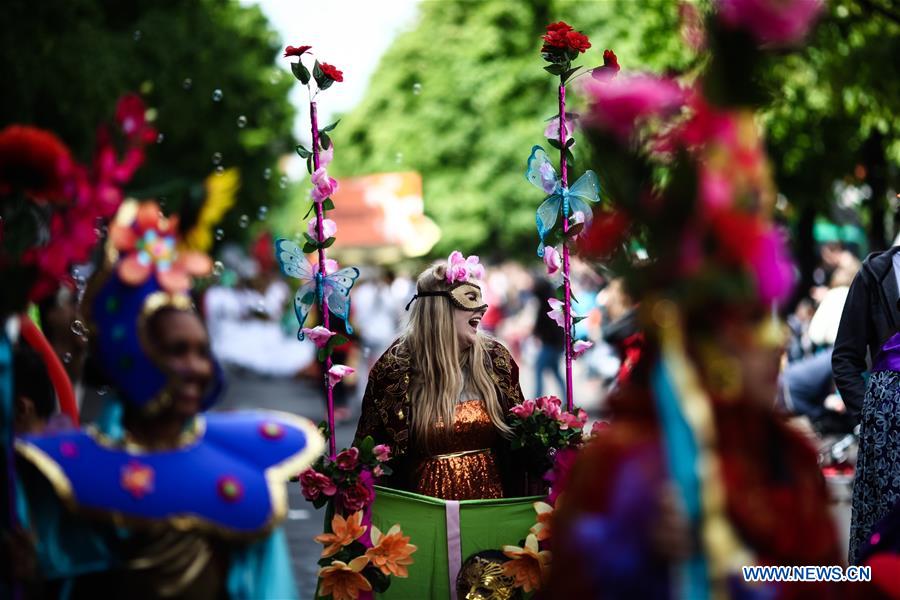 Revelers attend a parade during the annual Carnival of Culture Festival in Berlin, Germany, on May 15, 2016. (Xinhua/Zhang Fan) 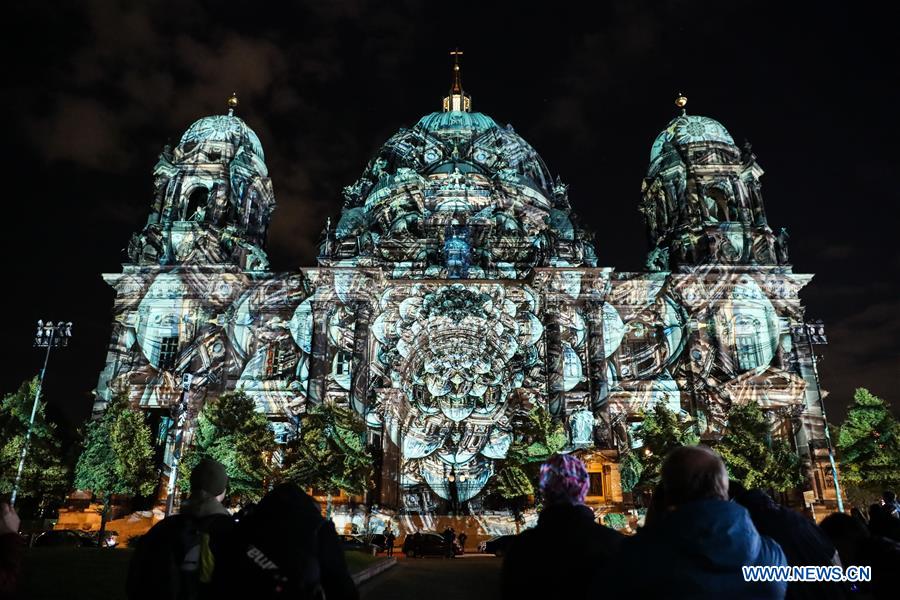 Berlin Cathedral is illuminated during the Festival of Lights in Berlin, capital of Germany, on Oct. 7, 2016. (Xinhua/Shan Yuqi) 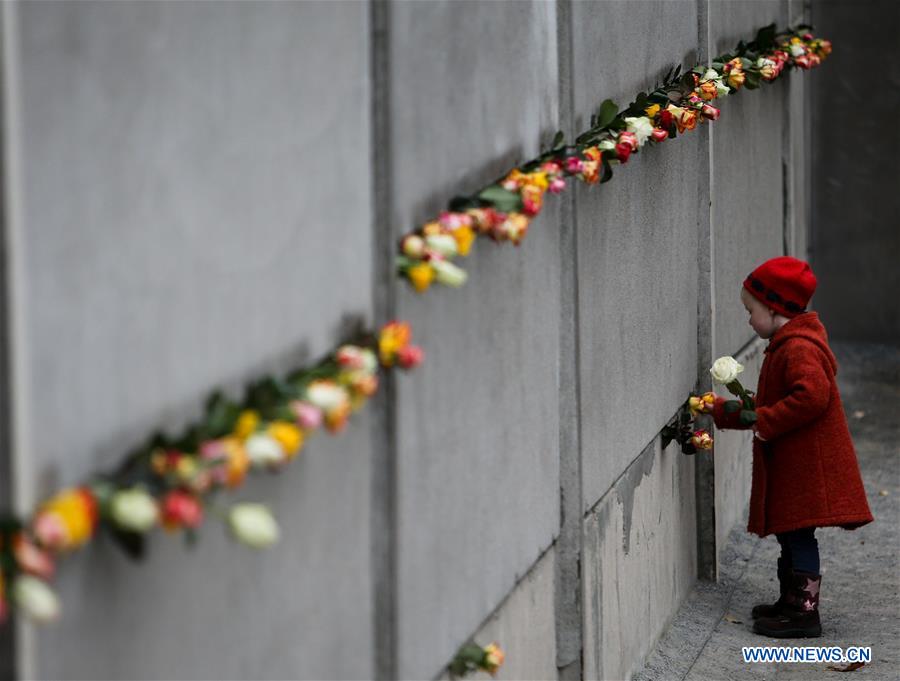 A girl puts flowers onto a part of the former Berlin Wall during a memorial activity to commemorate the 25th anniversary of the fall of the Berlin Wall in Berlin, Germany, on Nov. 9, 2014. (Xinhua/Zhang Fan) 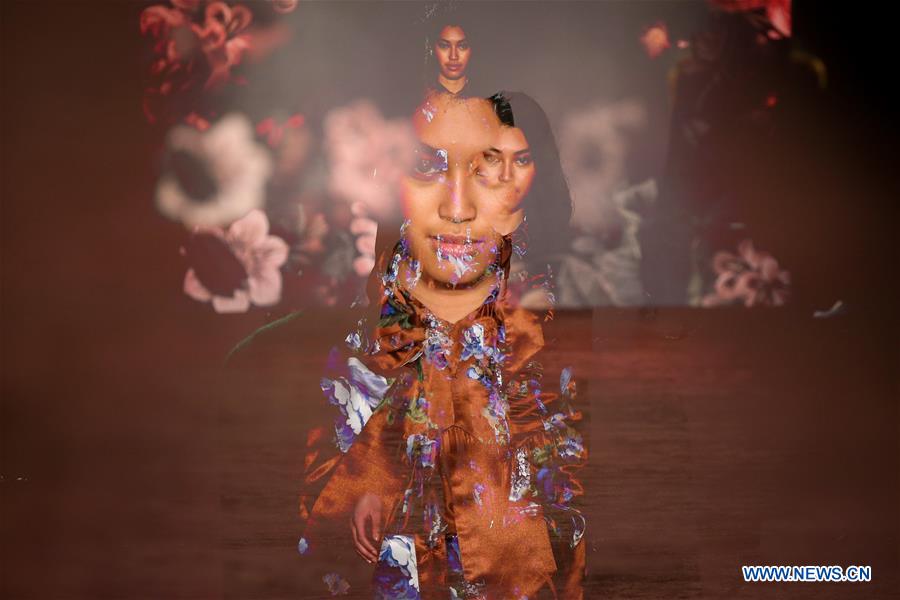 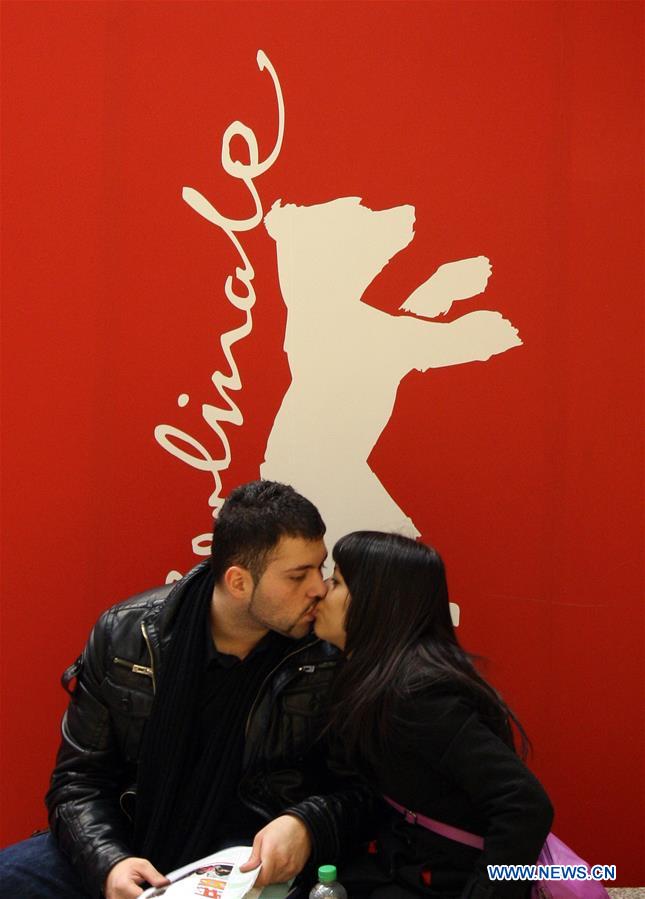 Photo taken on Feb. 10, 2010 shows a couple kissing in front of a poster of Berlin International Film Festival in Berlin, Germany. (Xinhua/Luo Huanhuan) 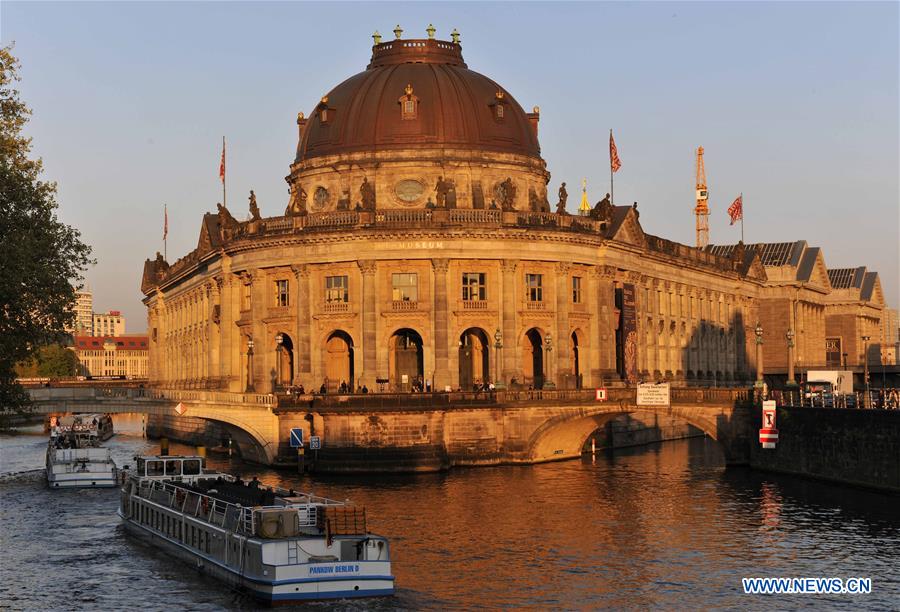 Photo taken on May 5, 2011 shows the Bode Museum and the Spree River in Berlin, Germany. (Xinhua/Ma Ning) 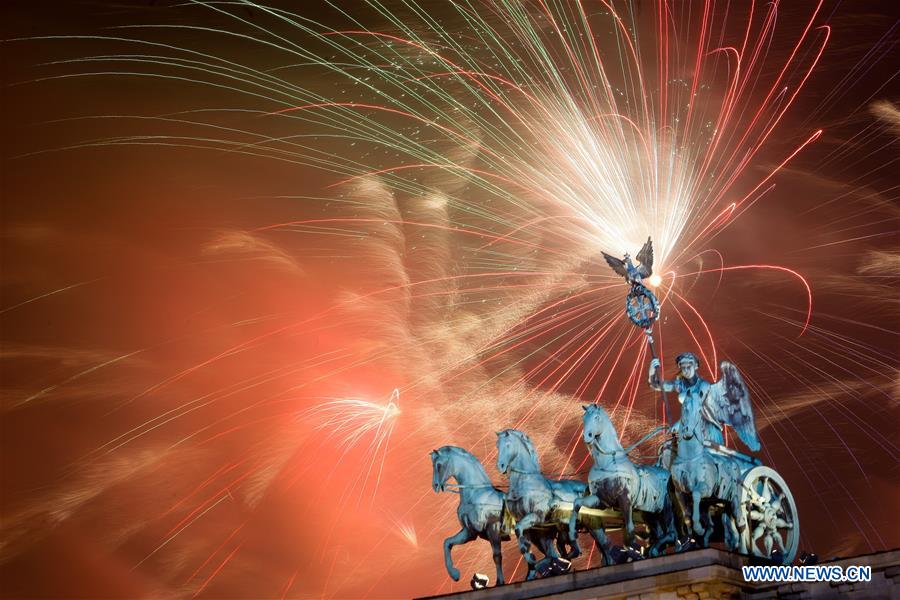 Fireworks light the sky over Brandenburg Gate during the celebration for the New Year in Berlin, Germany on Jan. 1, 2015. (Xinhua/Zhang Fan)