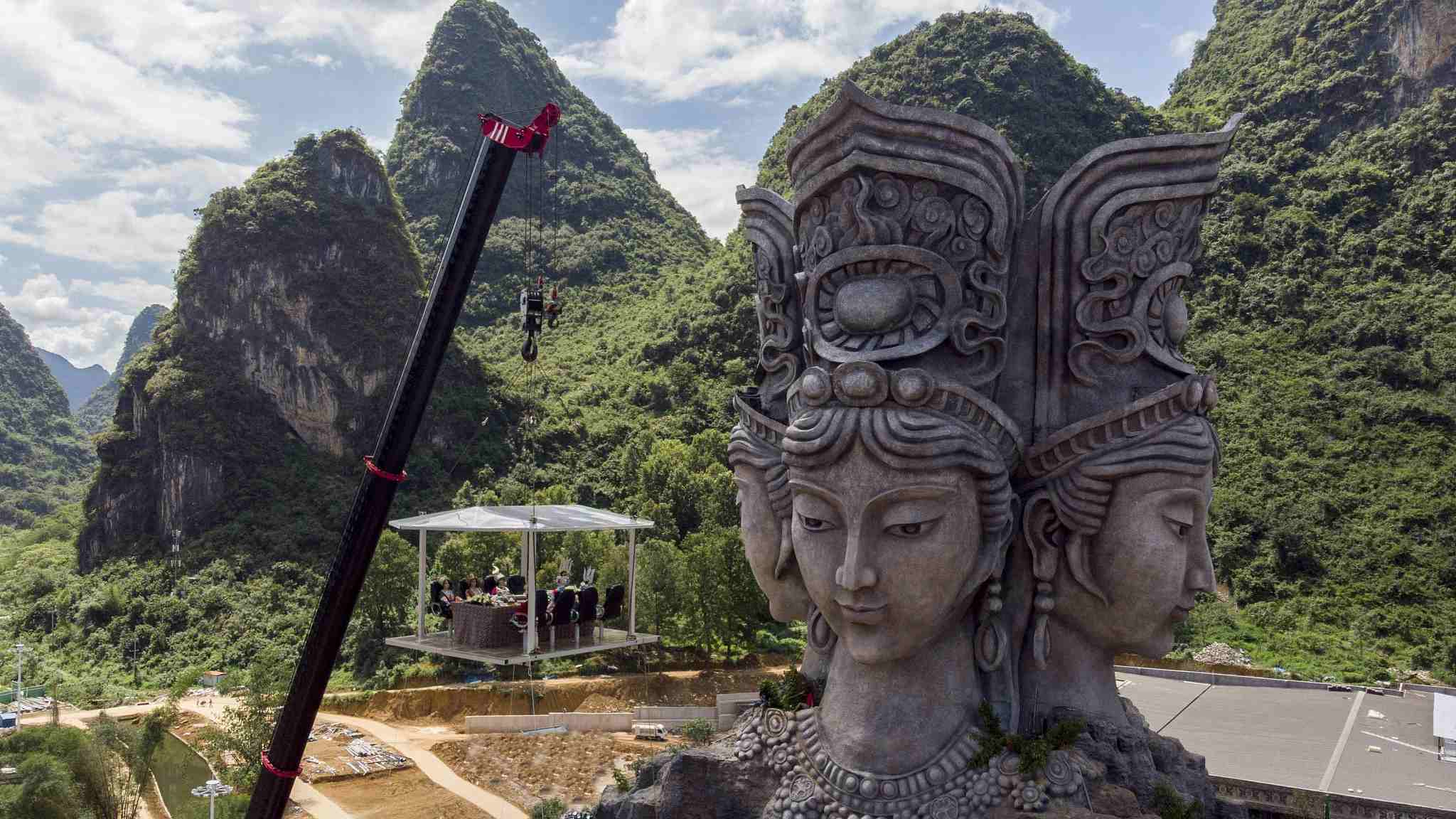 It’ s hard to think of a better way to promote a restaurant than situating it high above the ground while surrounded by a stunning landscape. But one restaurant in Guilin City, south China’s Guangxi Zhuang Autonomous Region, took their restaurant to new “heights” on Sunday. /VCG Photo 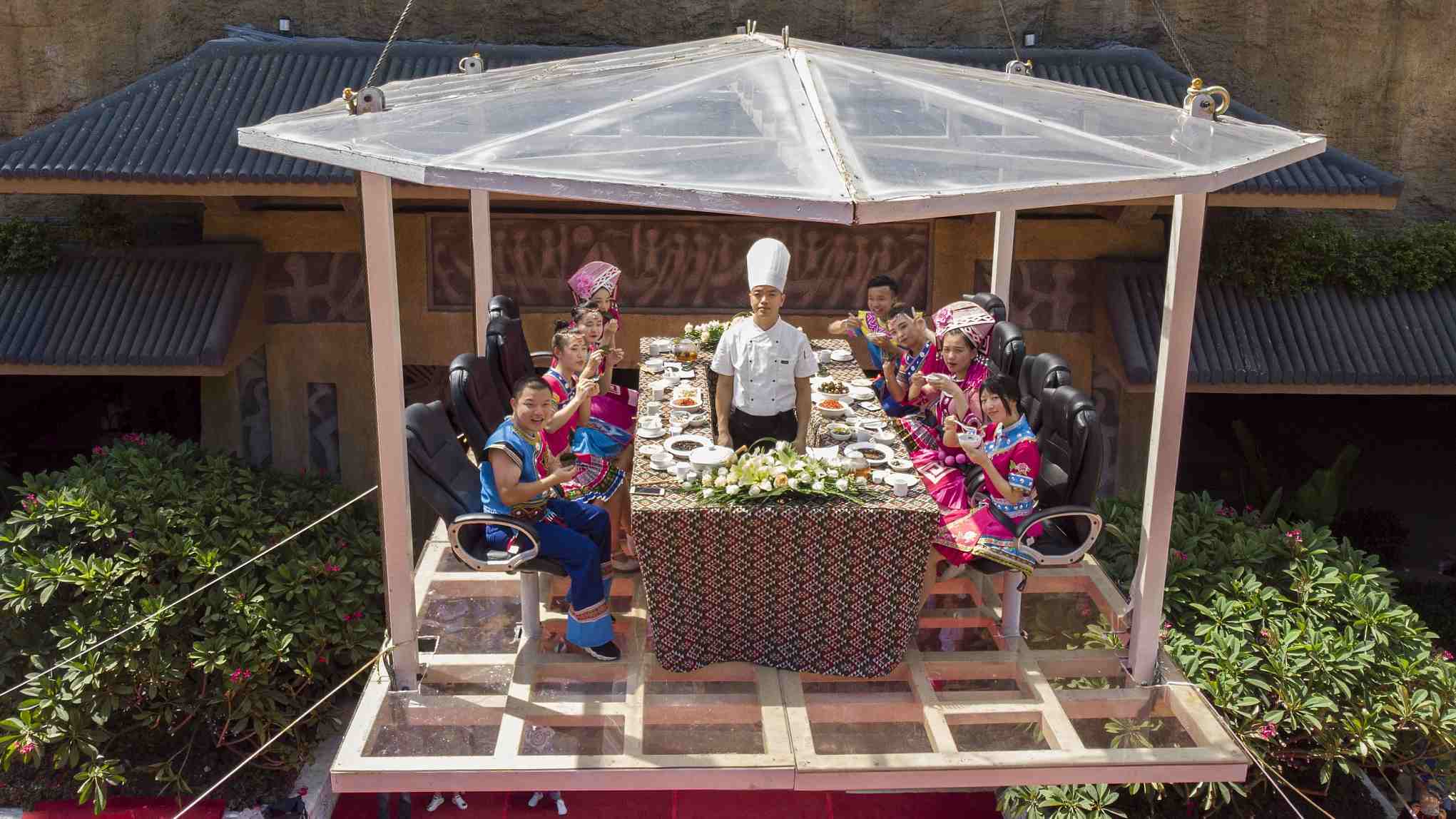 Visitors were invited to face a challenge of eating rice noodles in a five-ton open-air restaurant, suspended 50 meters off the ground, near a giant statue. /VCG Photo 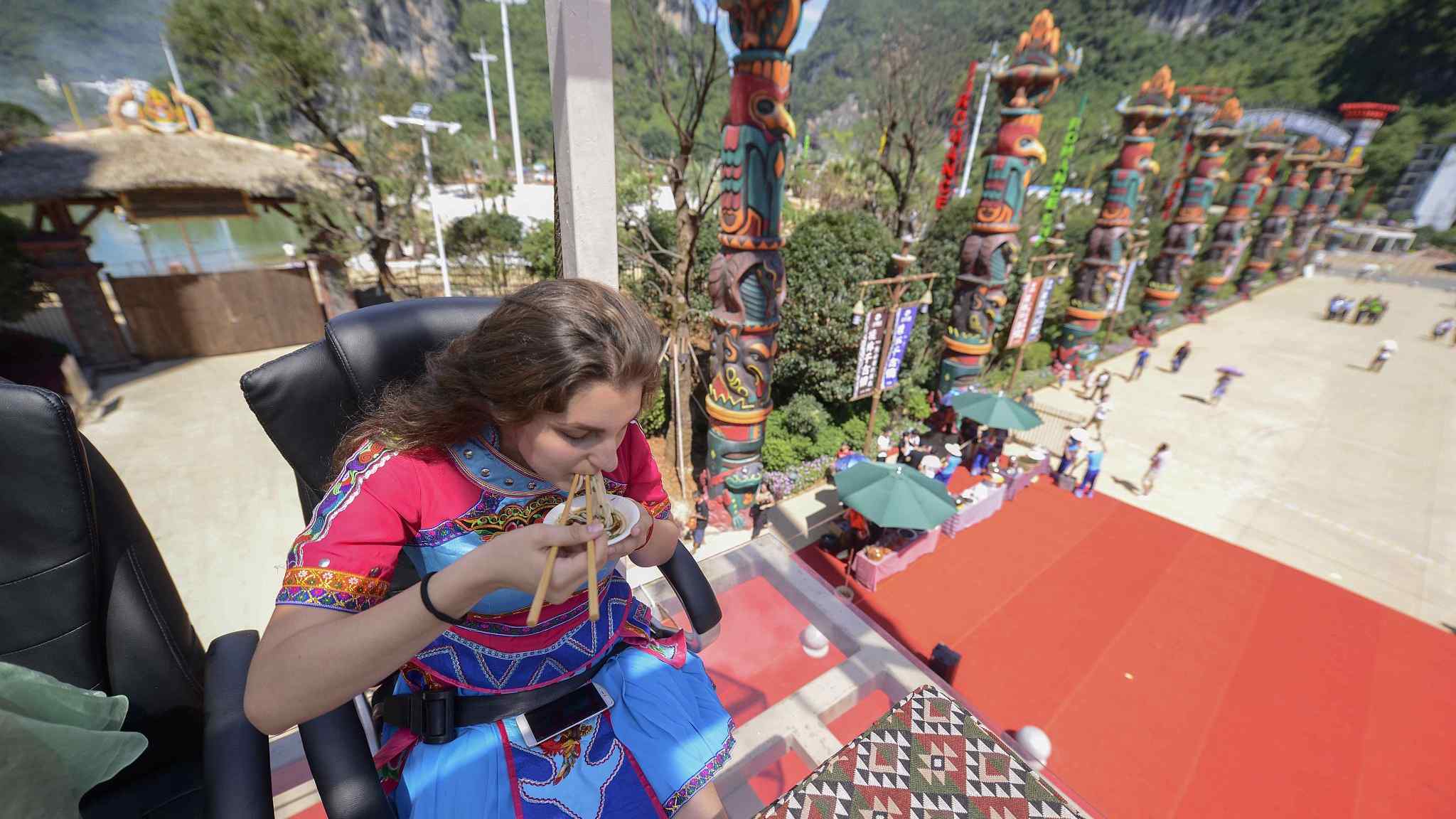 Some challengers who had a fear of heights gave up when the room was just lifted 10 meters high with a crane. Others dressed in stunning traditional costumes enjoyed the local dish while attached to a safety harness. /VCG Photo 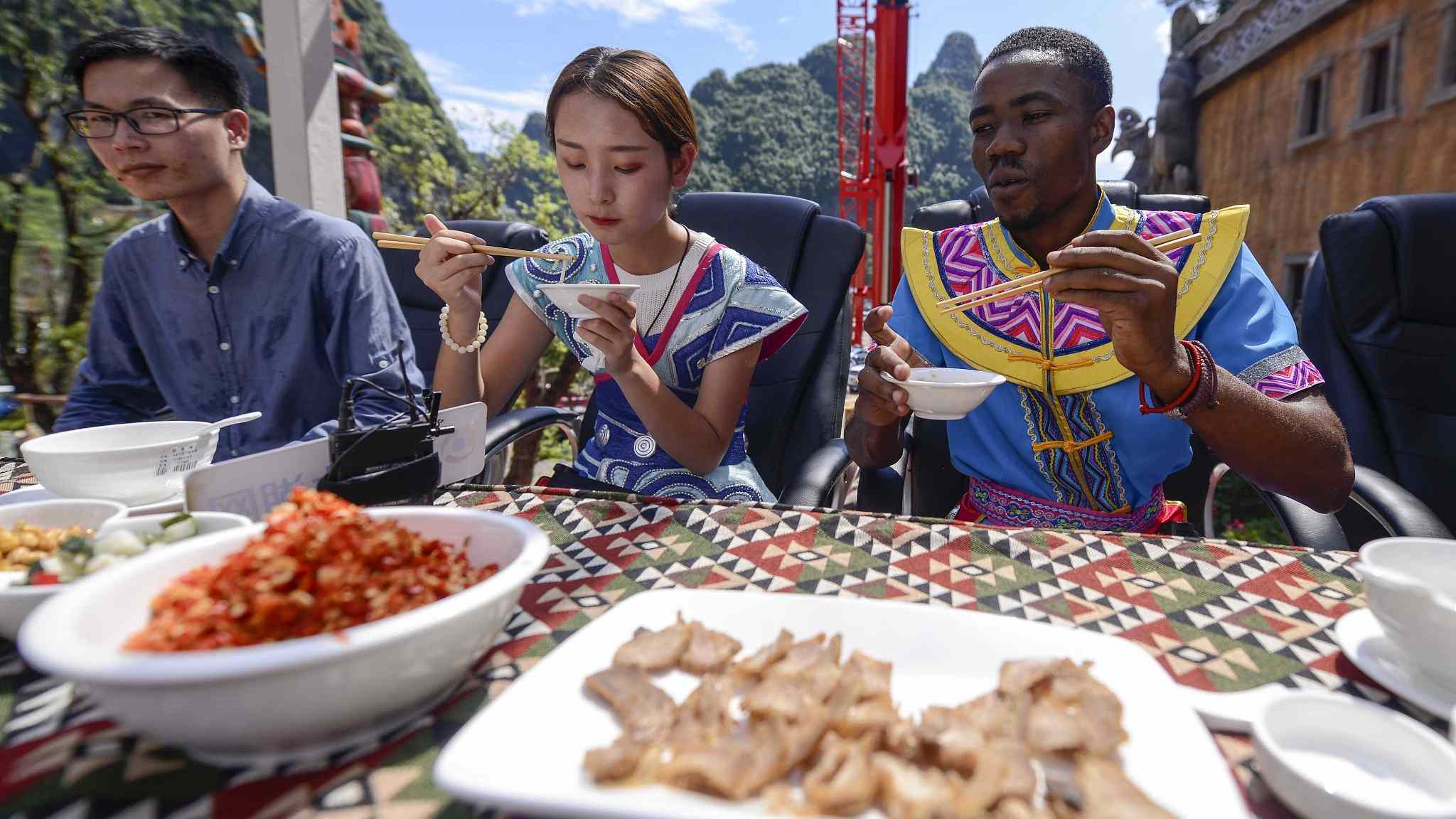 Guilin is famous for its age-old rice noodles nationwide. When you are wandering through the streets in the city, you can see many shops selling different kinds of rice noodles, including beef, pork, sour and hot as well as river snail. /VCG Photo