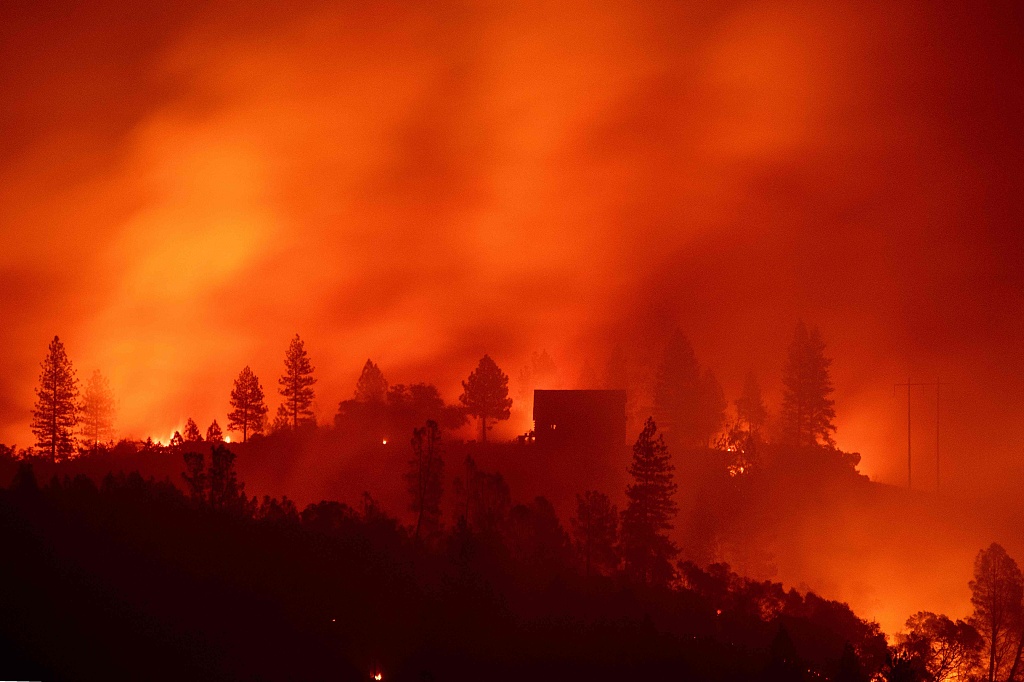 As wildfires raged at both ends of California, officials released another grim statistic: Six more dead in a swath of Northern California wiped out by fire, raising the death toll there to 29. It matched California's record for deaths in a single fire and brought the statewide total to 31 as authorities stepped up searches for bodies and missing people. Another 228 remain unaccounted for. Two people were killed in a wildfire in Southern California. (Photos: VCG) 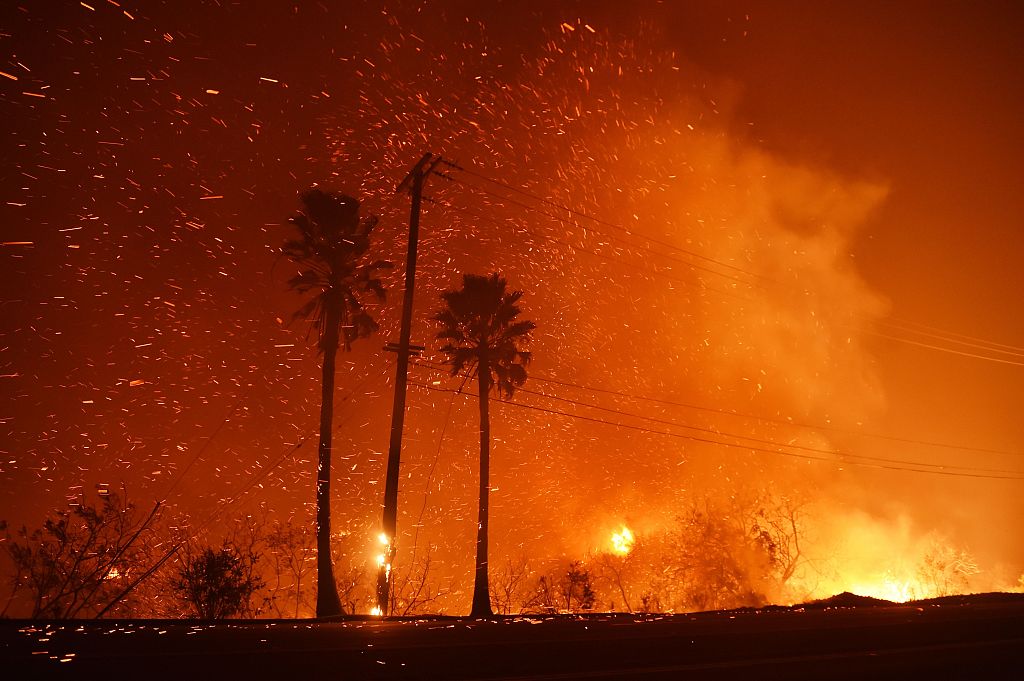 A power line catches fire as the Woolsey fire burns on both sides of Pacific Coast Highway (Highway 1) in Malibu, California. 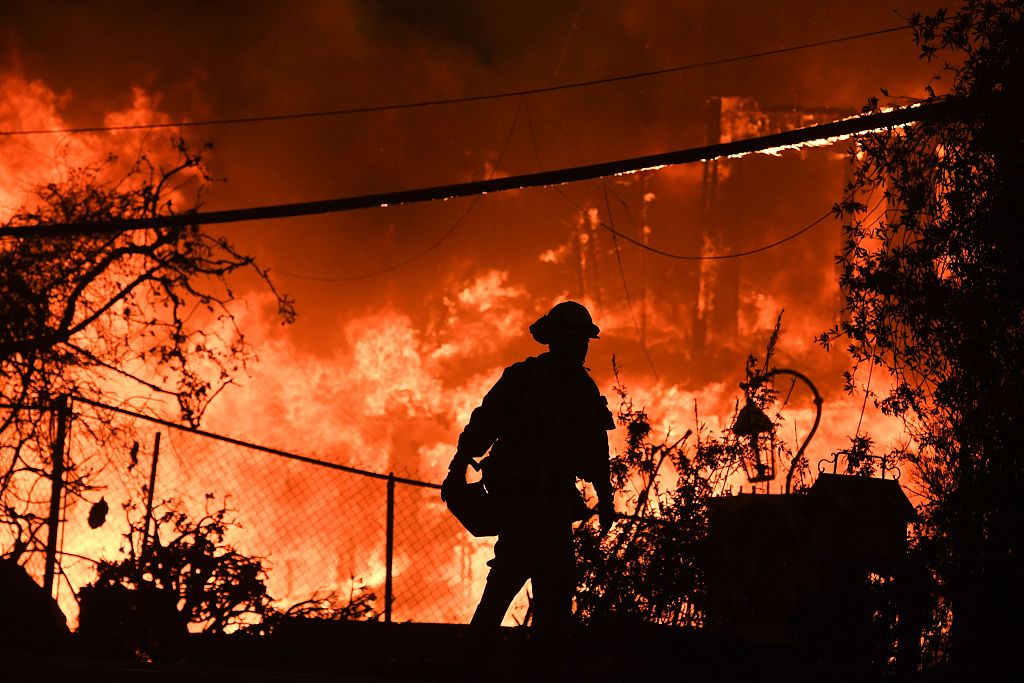 A firefighter is silhouetted by a burning home along Pacific Coast Highway (Highway 1) during the Woolsey Fire. 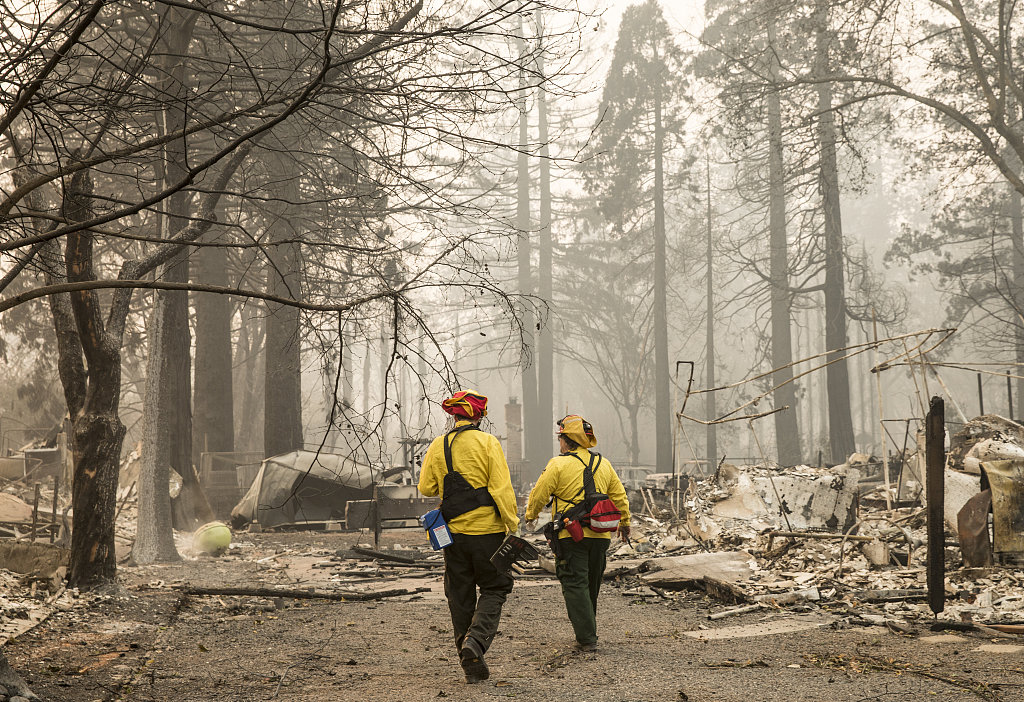 Firefighters walk through a charred neighborhood off Billie Road after the Camp Fire devastated the entire town of Paradise. 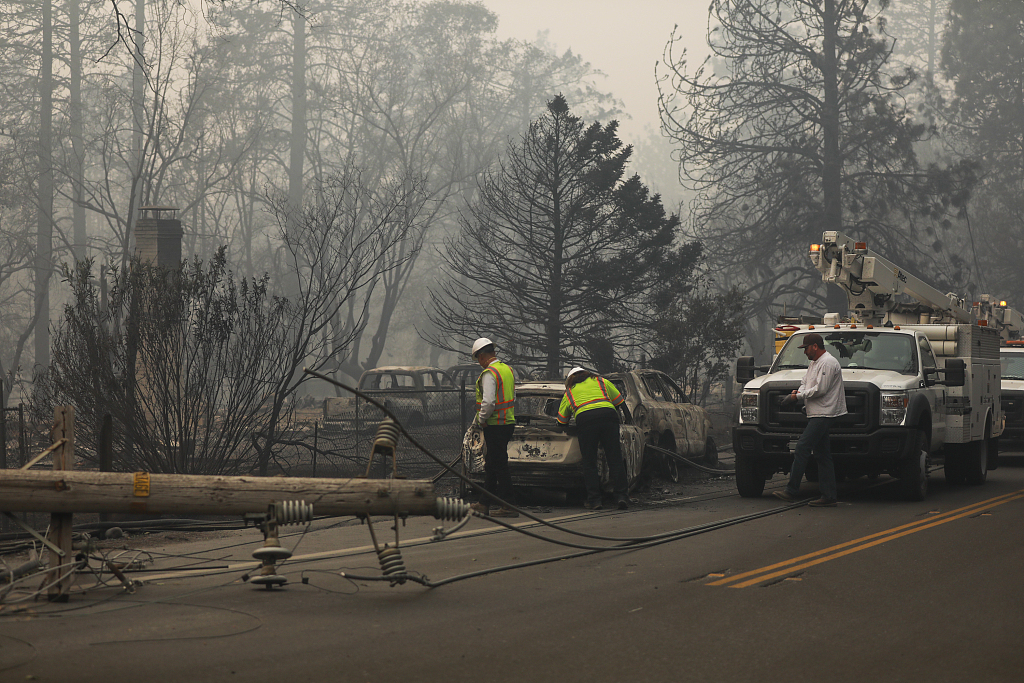 Eric England (right) gets help looking through a friend's destroyed car on Pearson Road after the Camp Fire tore through Paradise. 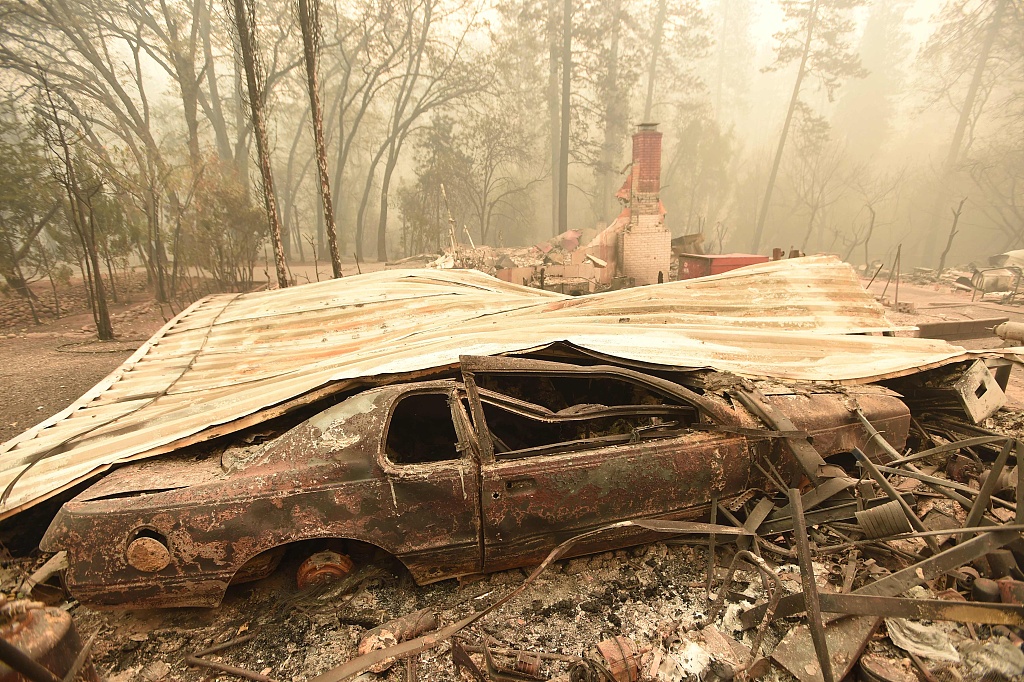 A burned vehicle is seen at the remains of a residence after the Camp fire tore through the area in Paradise. 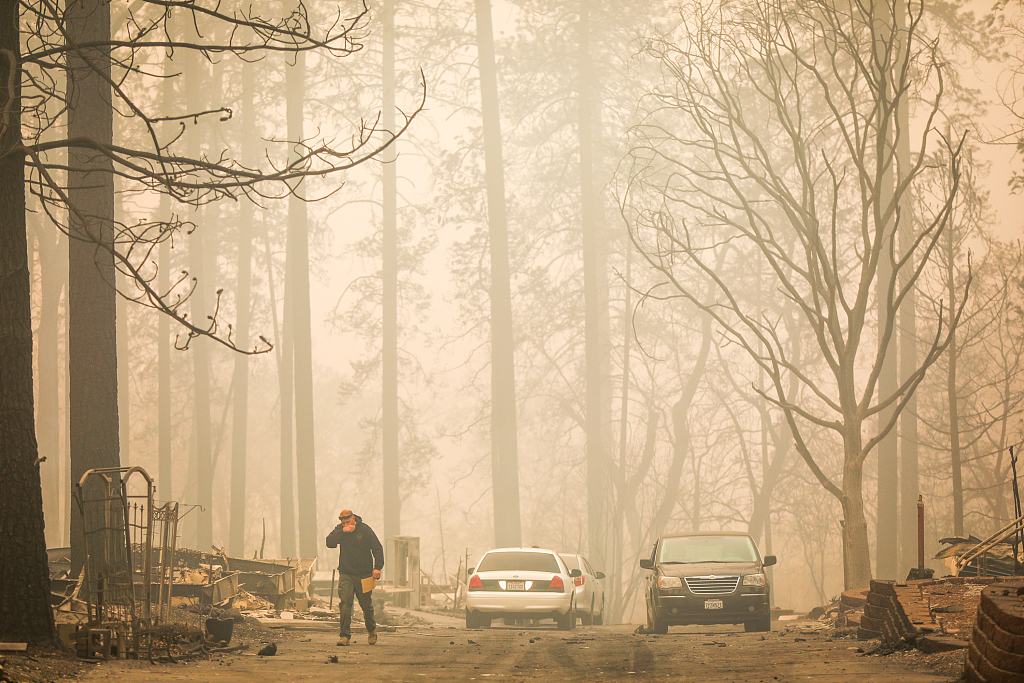 A Yuba County Sheriff walks back to his car after discovering a fatality following the Camp Fire in Paradise, Crews searching the smoking ruins of Paradise, a town of 27,000 that was largely incinerated, found six more bodies. 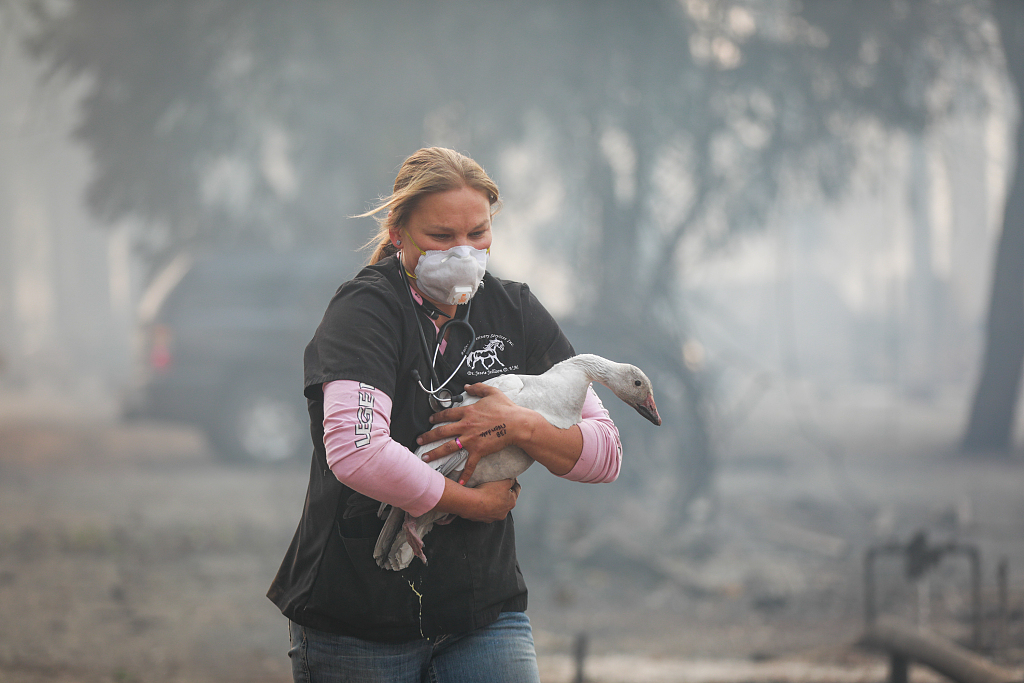 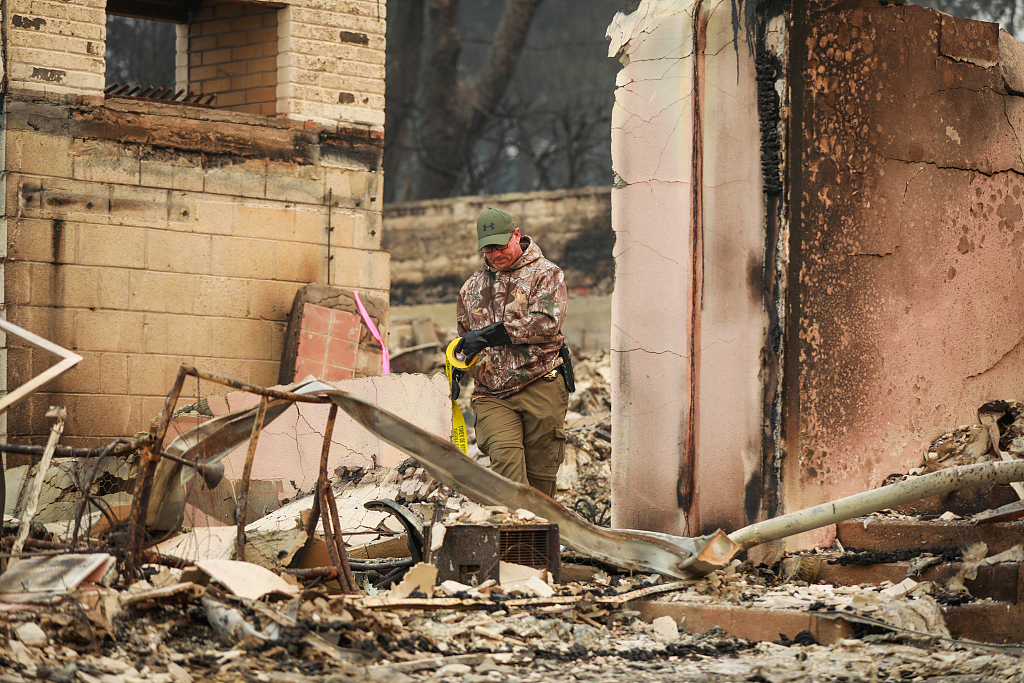 A Sheriff places caution tape over an area while looking for fatalities following the Camp Fire in Paradise.