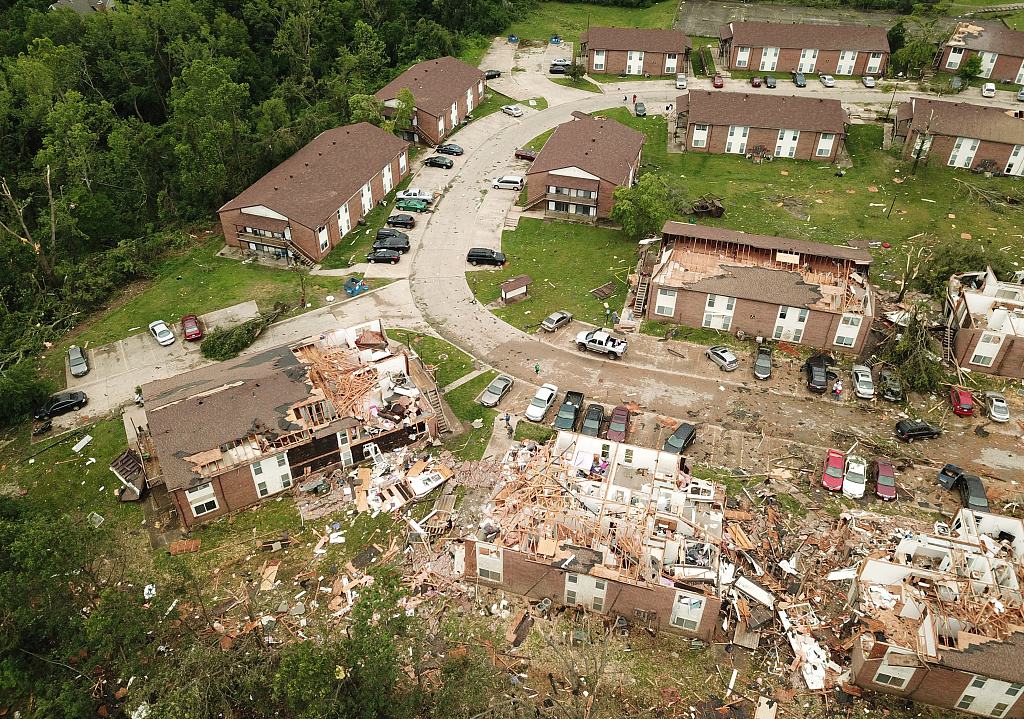 A series of powerful tornadoes killed at least three people in southwestern Missouri causing extensive damage in Jefferson City, the state capital, on May 22, 2019. (Photo: CGTN) 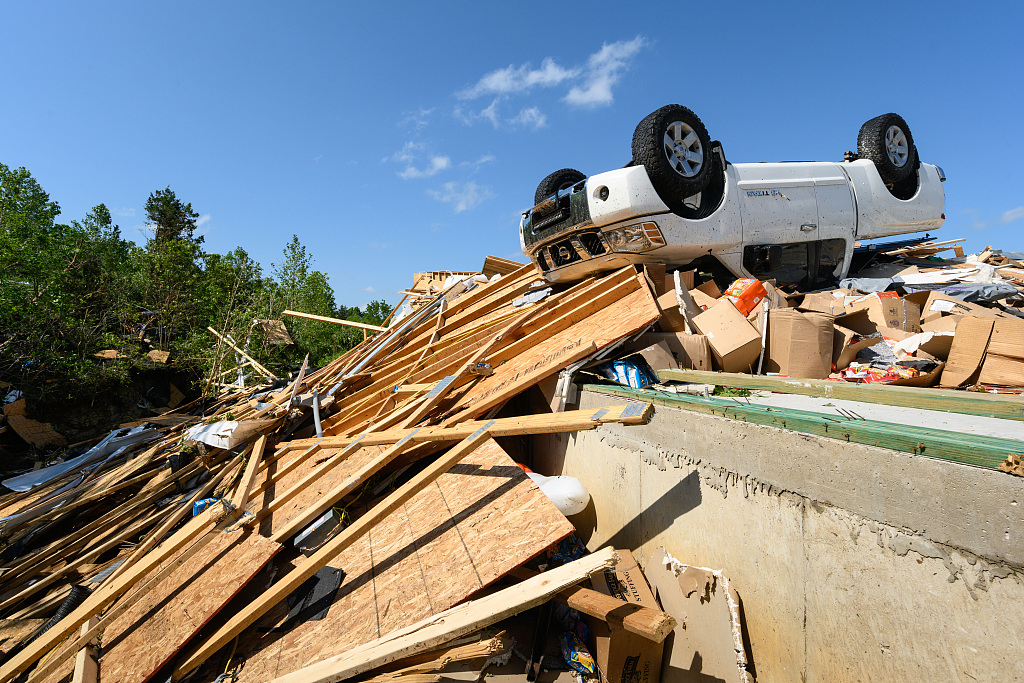 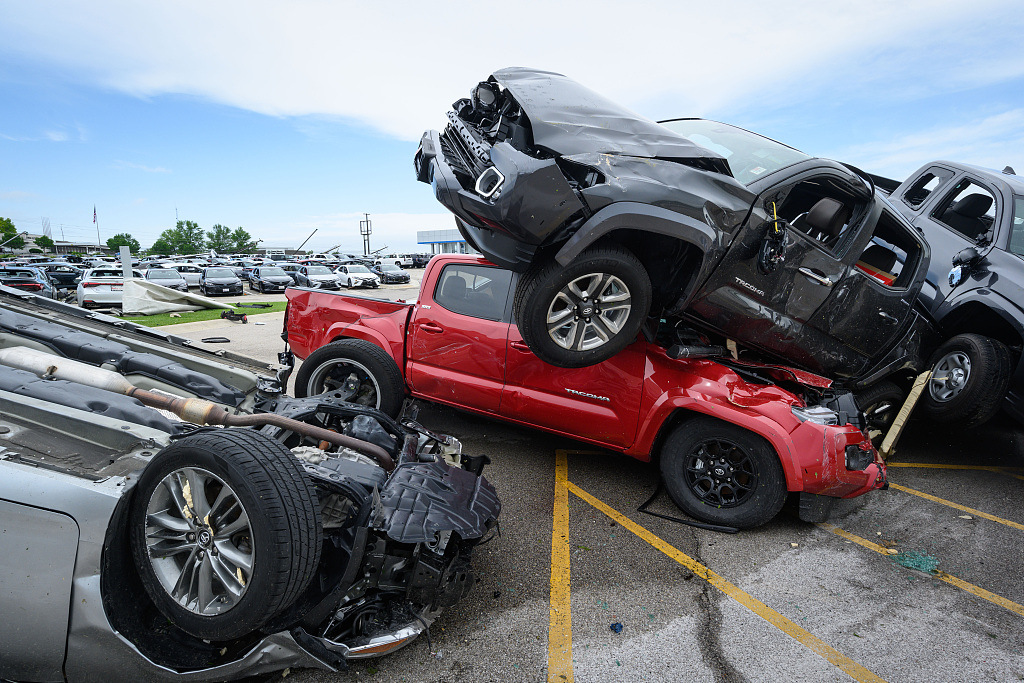 The tornado's funnel was wider than its height, and sent debris as high as 13,000 feet into the air when it struck, the National Weather Service said. 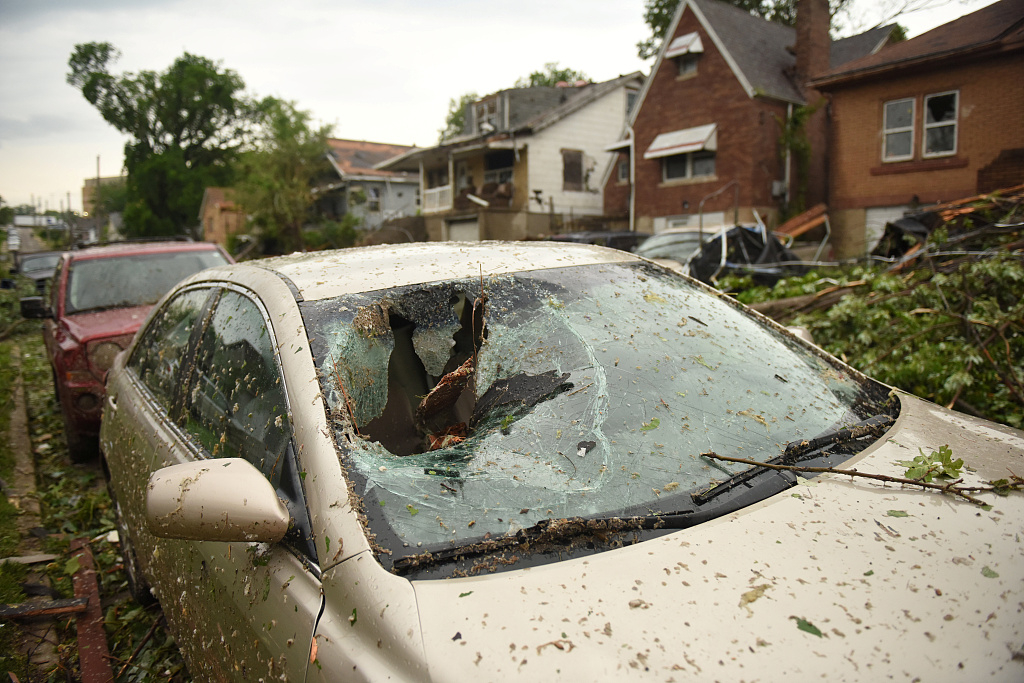 Authorities said the three were killed in the Golden City area of Barton County, near Missouri's south-west corner, as the severe weather moved in from Oklahoma, where rescuers struggled to pull people from high water.