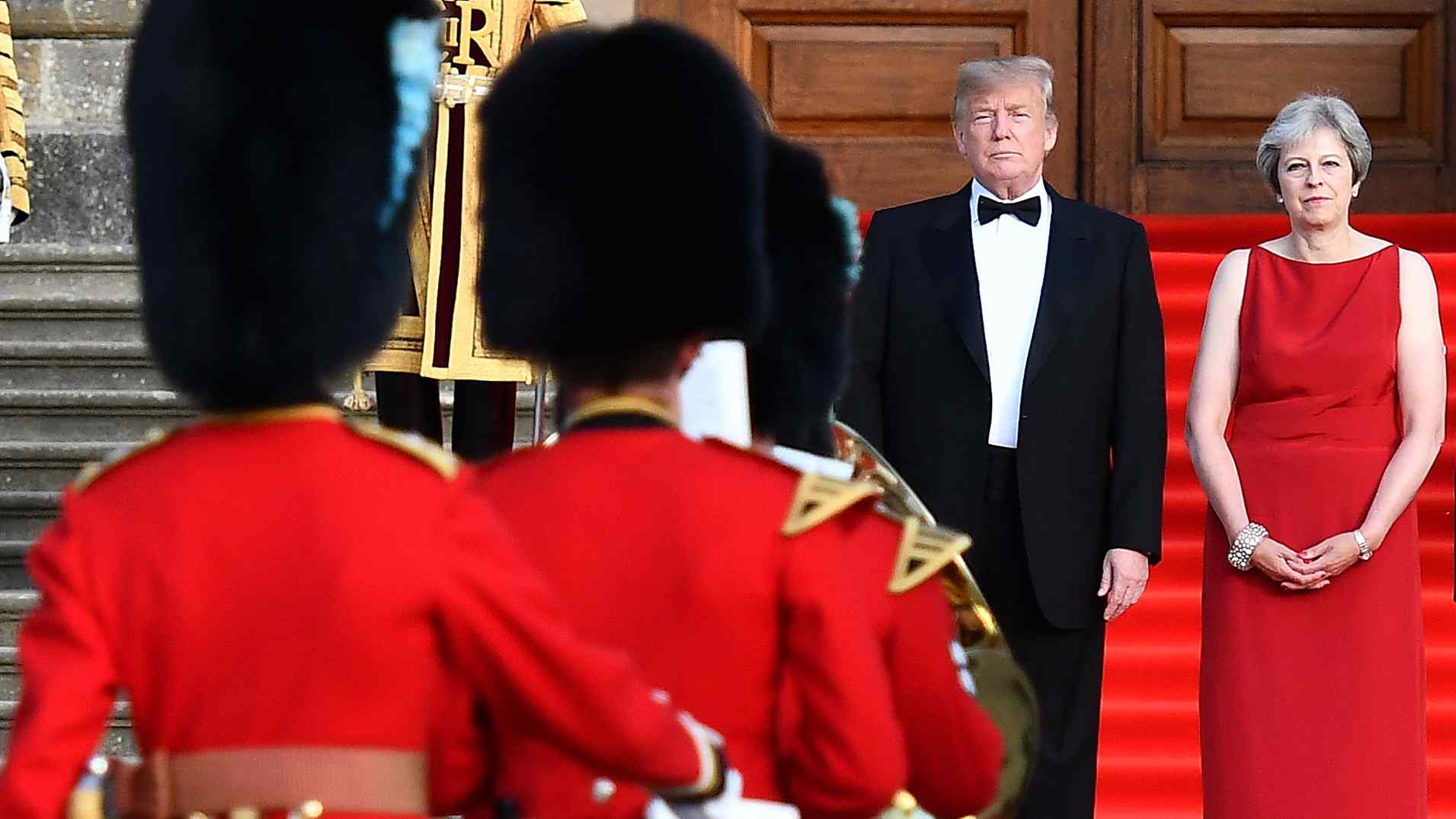 US President Donald Trump and First Lady Melania Trump were met by British Prime Minister Theresa May and her husband Philip May at Blenheim Palace on the first day of their UK visit, where they were attending a black-tie dinner with other politicians and business leaders, near Oxford, Britain on Thursday. /VCG Photo

The outdoor arrival ceremony – Trump wore a tuxedo and Melania a butter-yellow, chiffon off-the-shoulder gown. The grand affair was marked by a military band in bearskin hats. /VCG Photo 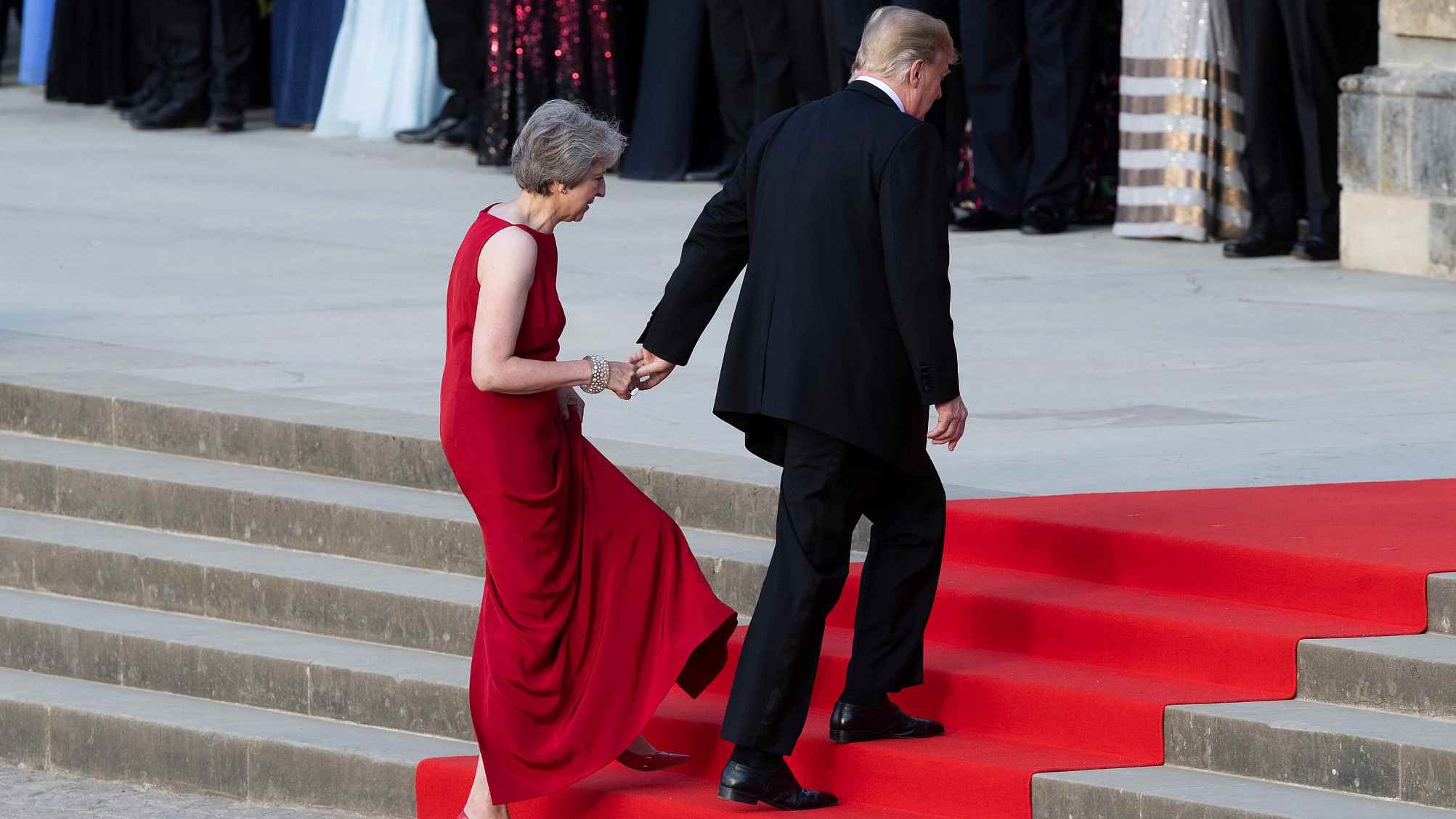 Blenheim Palace was significantly chosen for the dinner because it is the birthplace of Britain’s World War II leader Winston Churchill, one of Trump’s heroes, whose bust is on display in the White House’s Oval Office in Washington, DC. /VCG Photo 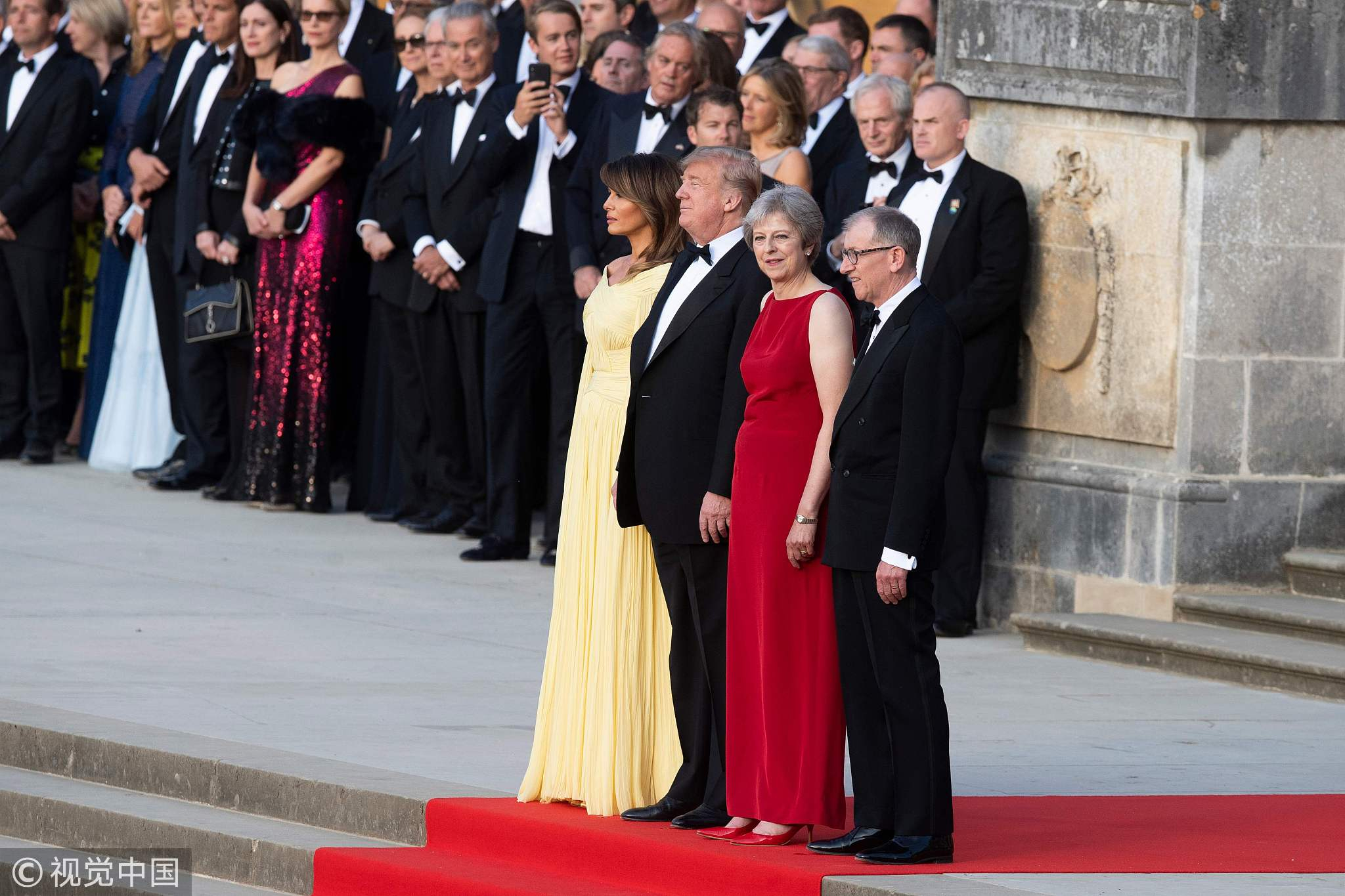 Trump’s four-day trip, which will include talks with Prime Minister Theresa May, tea with Queen Elizabeth II and a private weekend in Scotland, is set to be greeted by more than 100 protests across the country, including two large demonstrations in London on Friday. /VCG Photo