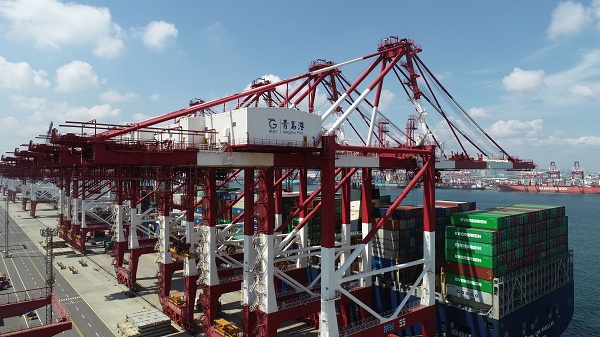 Foreign trade cargo ships were loading and unloading at the traditional manned terminal and fully automated terminal of the Qingdao Qianwan Container Terminal of Shandong Port Group in the Qingdao Area of China (Shandong) Pilot Free Trade Zone on September 13. 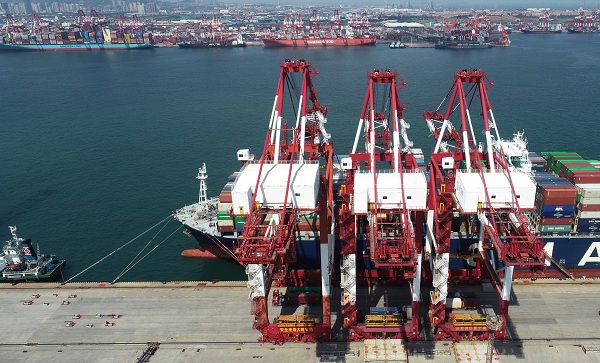 Since January 1, Shandong Port has opened 32 routes including 16 foreign trade routes, bringing the total routes to 299. Shandong Port has achieved growth of cargo throughput, container throughput and benefits in the first half of 2020. 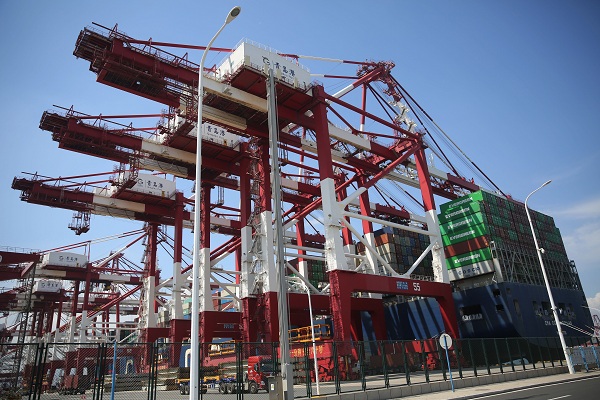 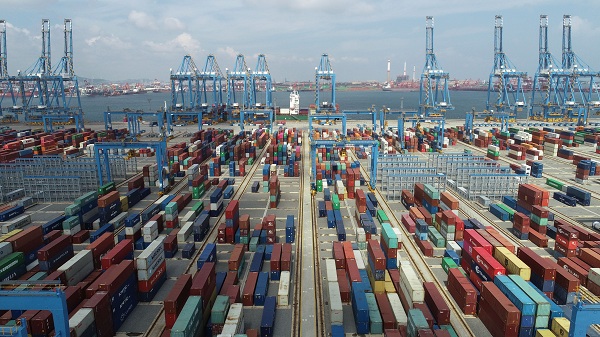