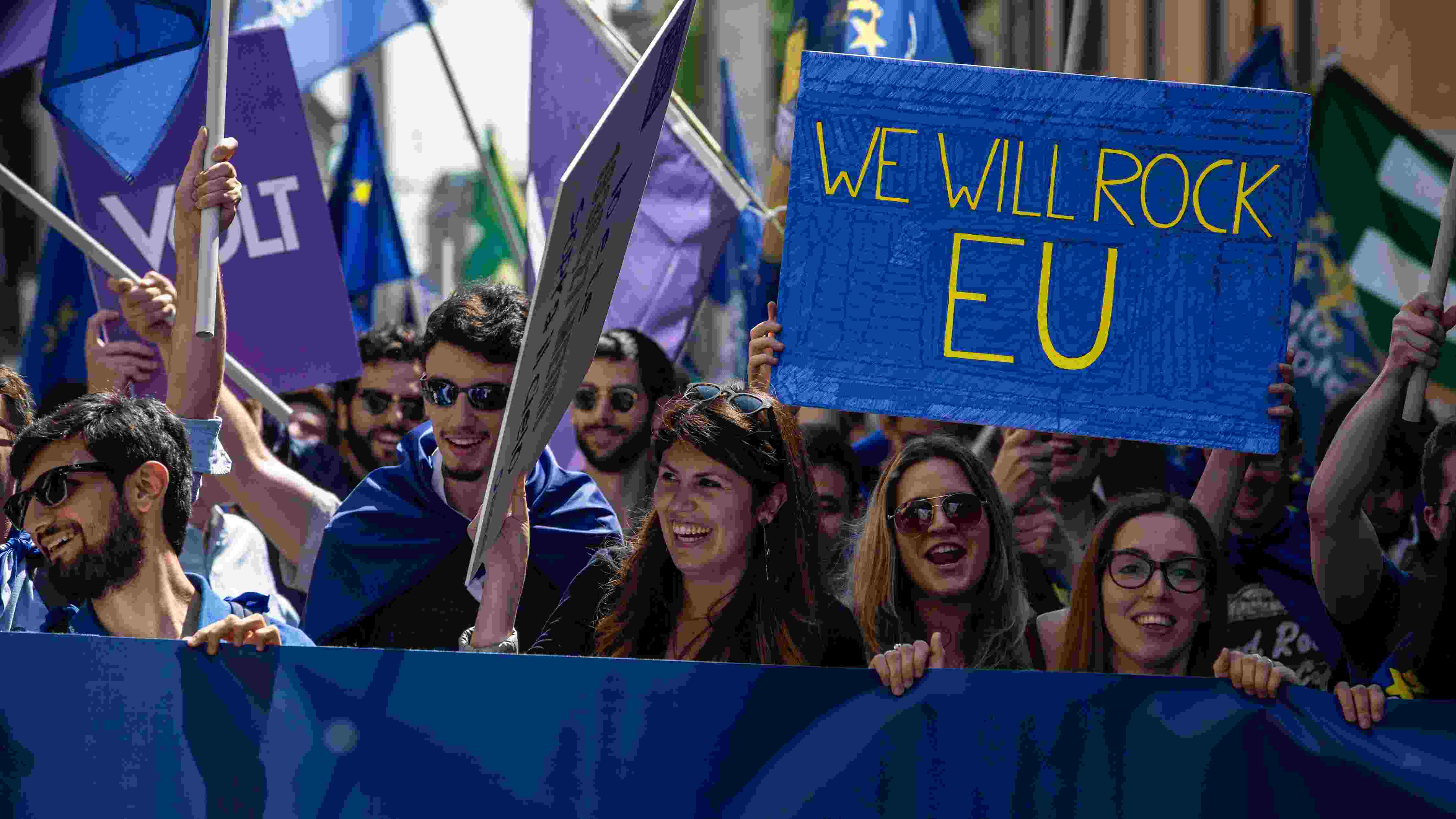 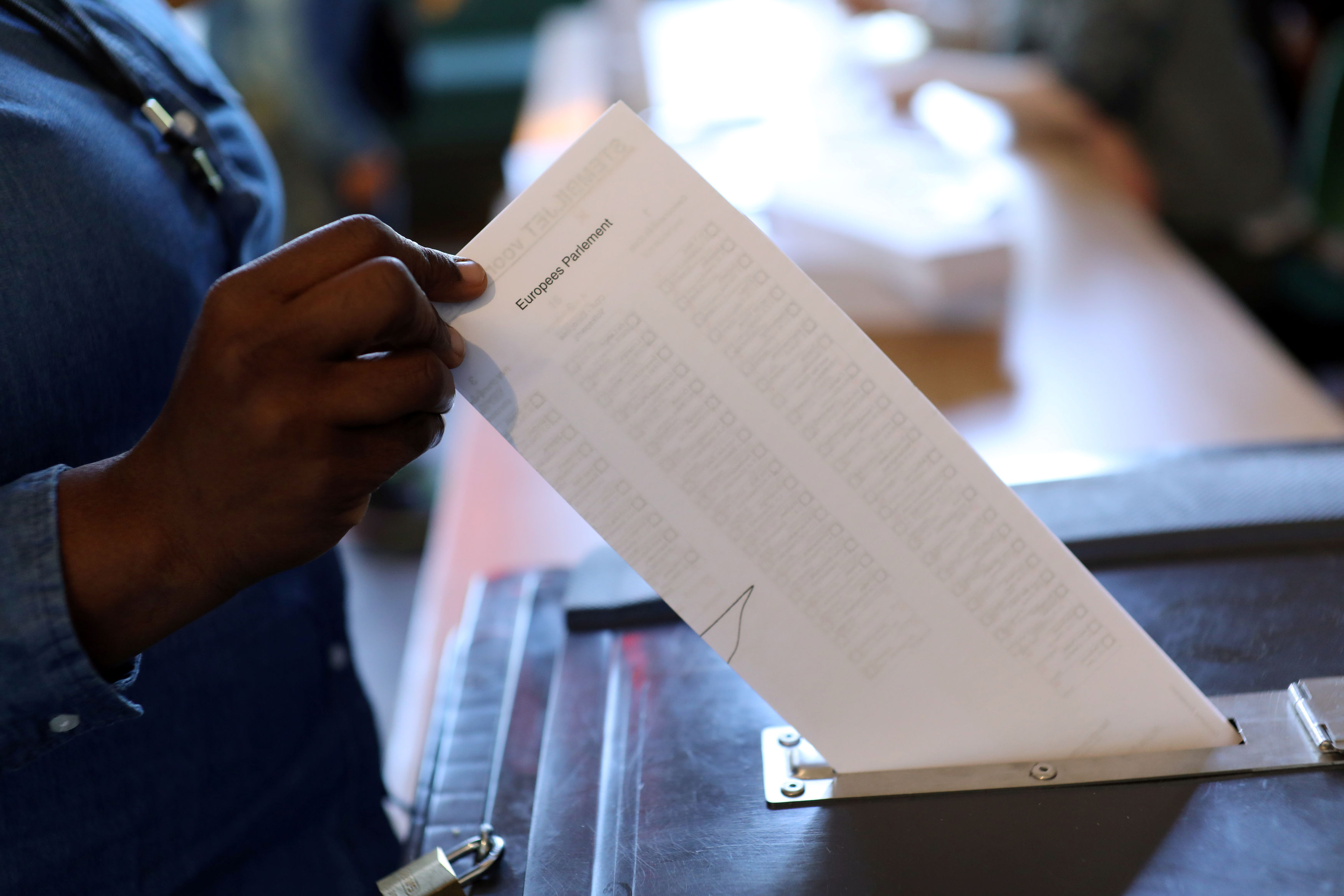 A voter casts a ballot in the European elections in Amsterdam, Netherlands, May 23, 2019. /Reuters Photo 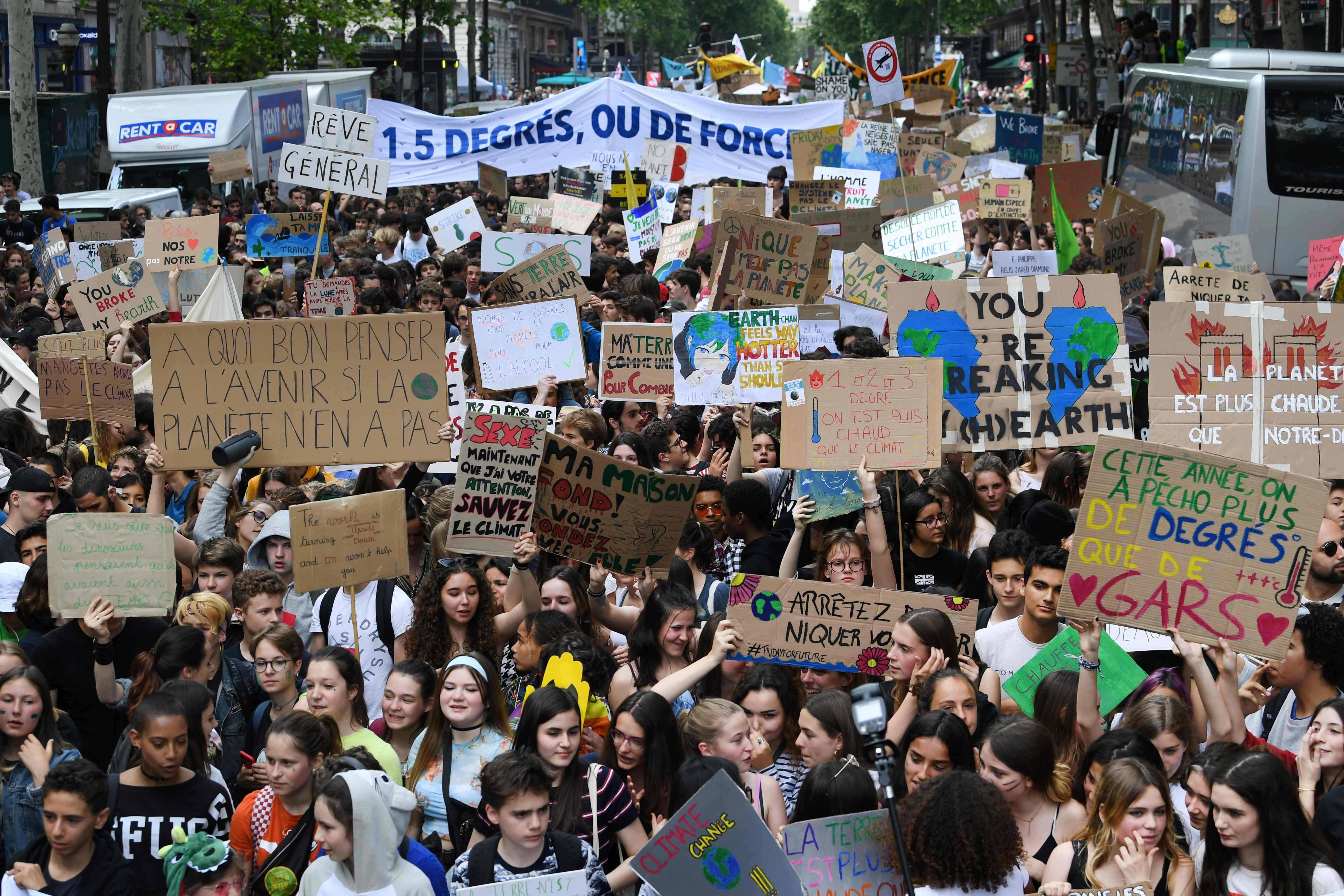 Young people hold placards and banners during a "Fridays for climate" protest in Paris, France, May 24, 2019. /Getty Images 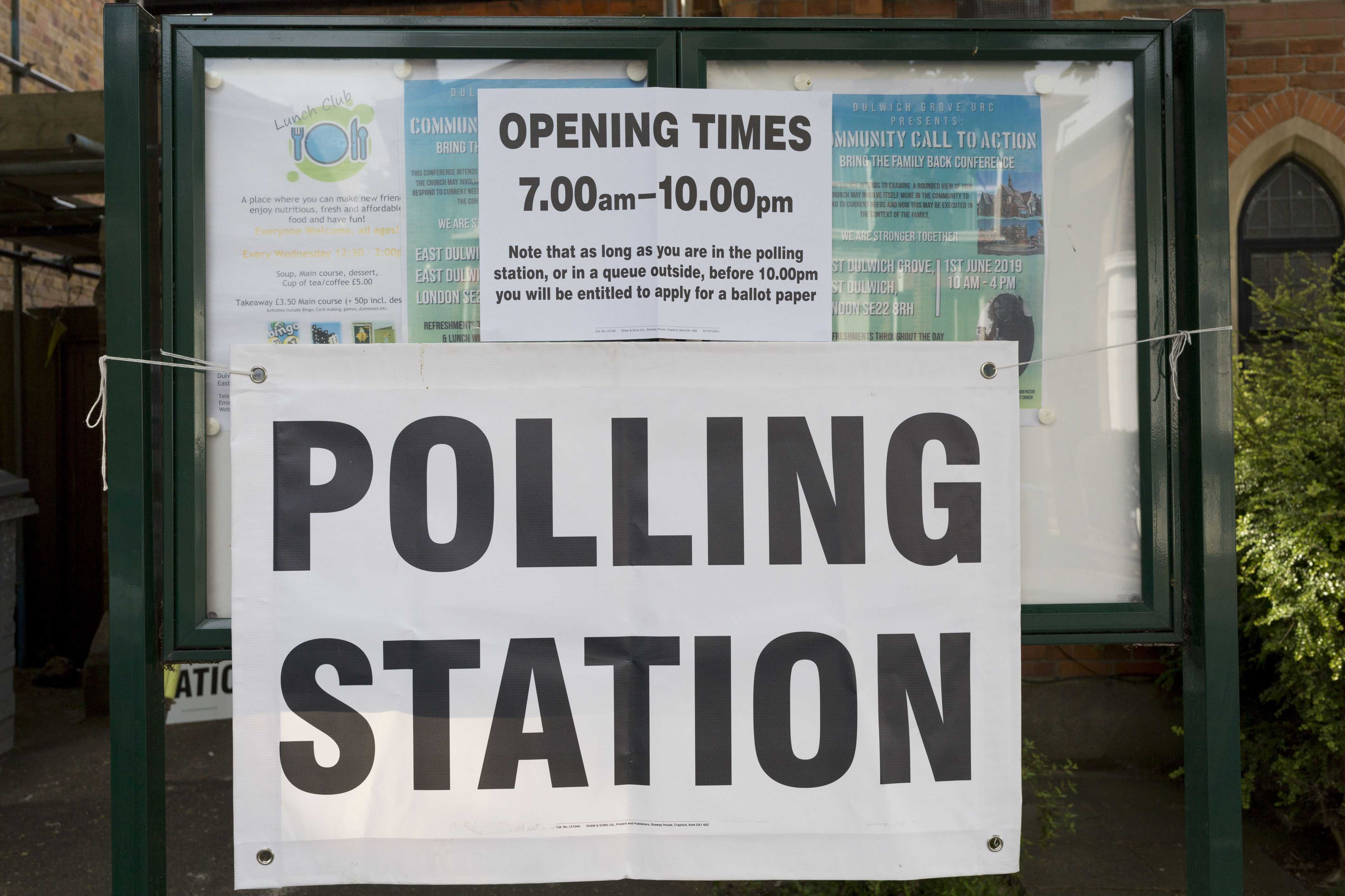