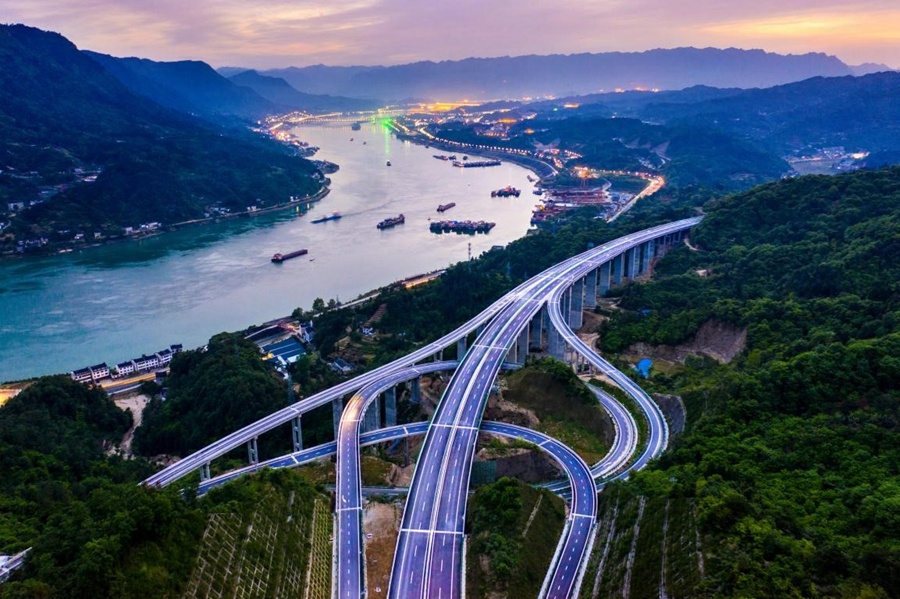 Photo taken on April 28, 2021 shows an expressway that crosses the Three Gorges Dam in central China’s Hubei province. The expressway, which has been recently completed, is scheduled to open to traffic on July 1 this year. (Photo: People’s Daily Online) 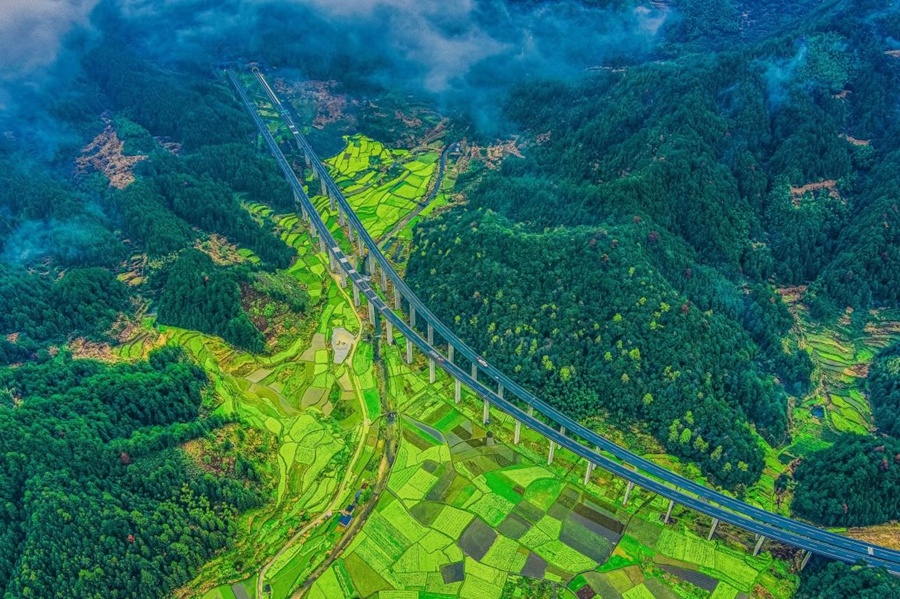 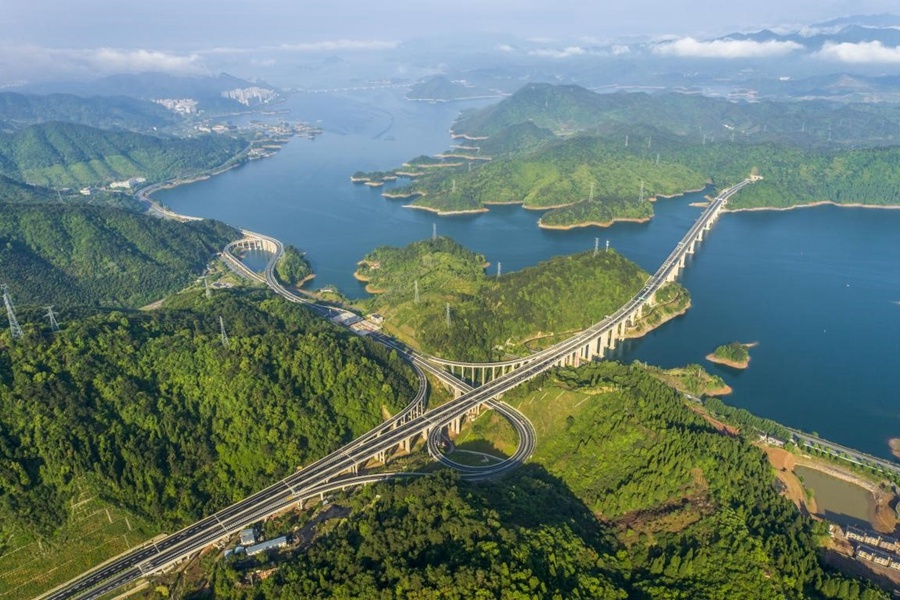 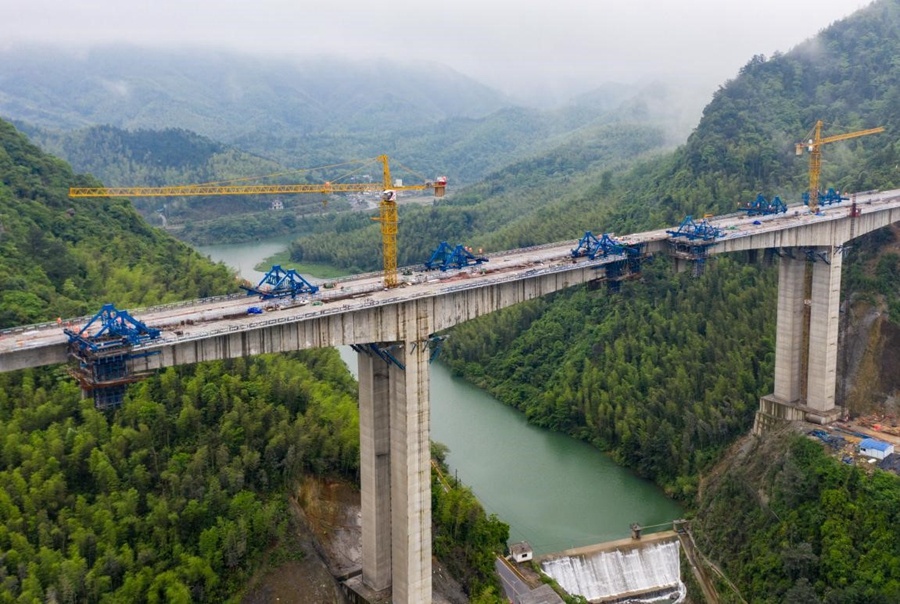 A super large bridge along the Pingxiang-Lianhua expressway in Pingxiang, east China’s Jiangxi province is being constructed, May 4, 2021. (Photo: People’s Daily Online) 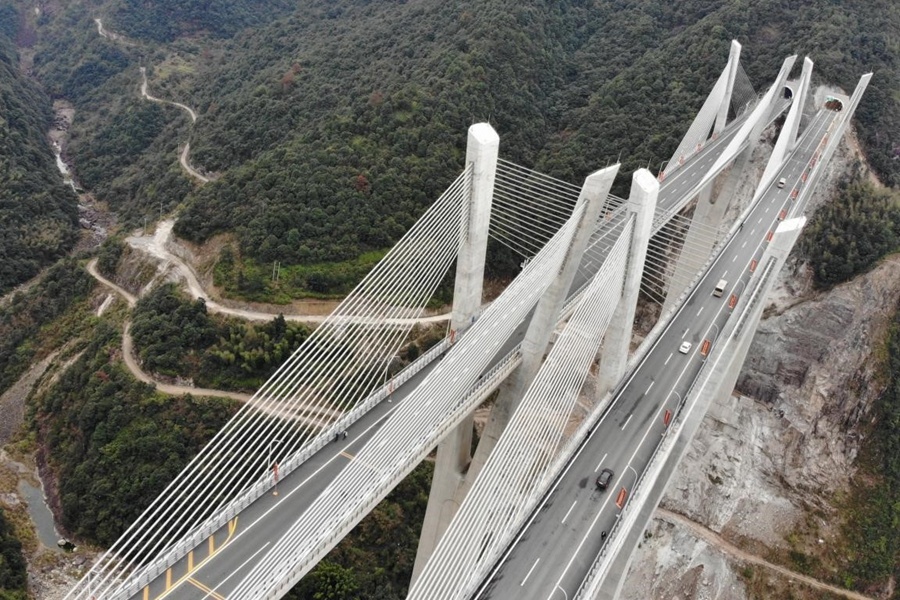 Photo taken on Dec. 22, 2020 shows a bird’s-eye view of the Hongxi super large bridge along the Wencheng-Taishun expressway in east China’s Zhejiang province. It is the dual-tower single-cable-plane low-pylon bridge with the longest span in Asia. (Photo: People’s Daily Online)