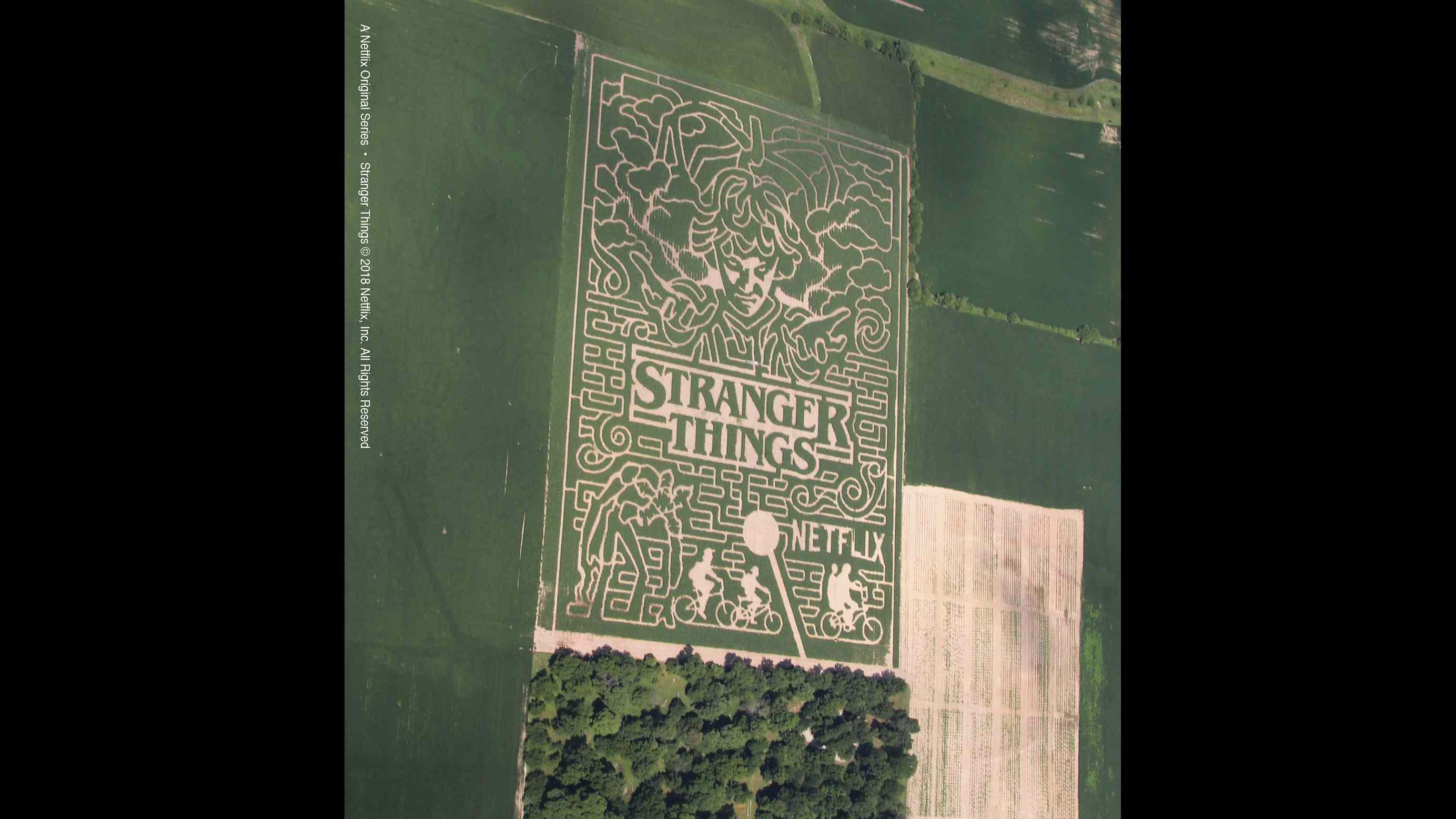 The Exploration Acres Company has created a maze of the Netflix show Stranger Things in northwest Indiana, US. The company planted the seeds using special GPS-guided equipment in their cornfield in Lafayette earlier this year to prepare for the third season of the show. /VCG Photo 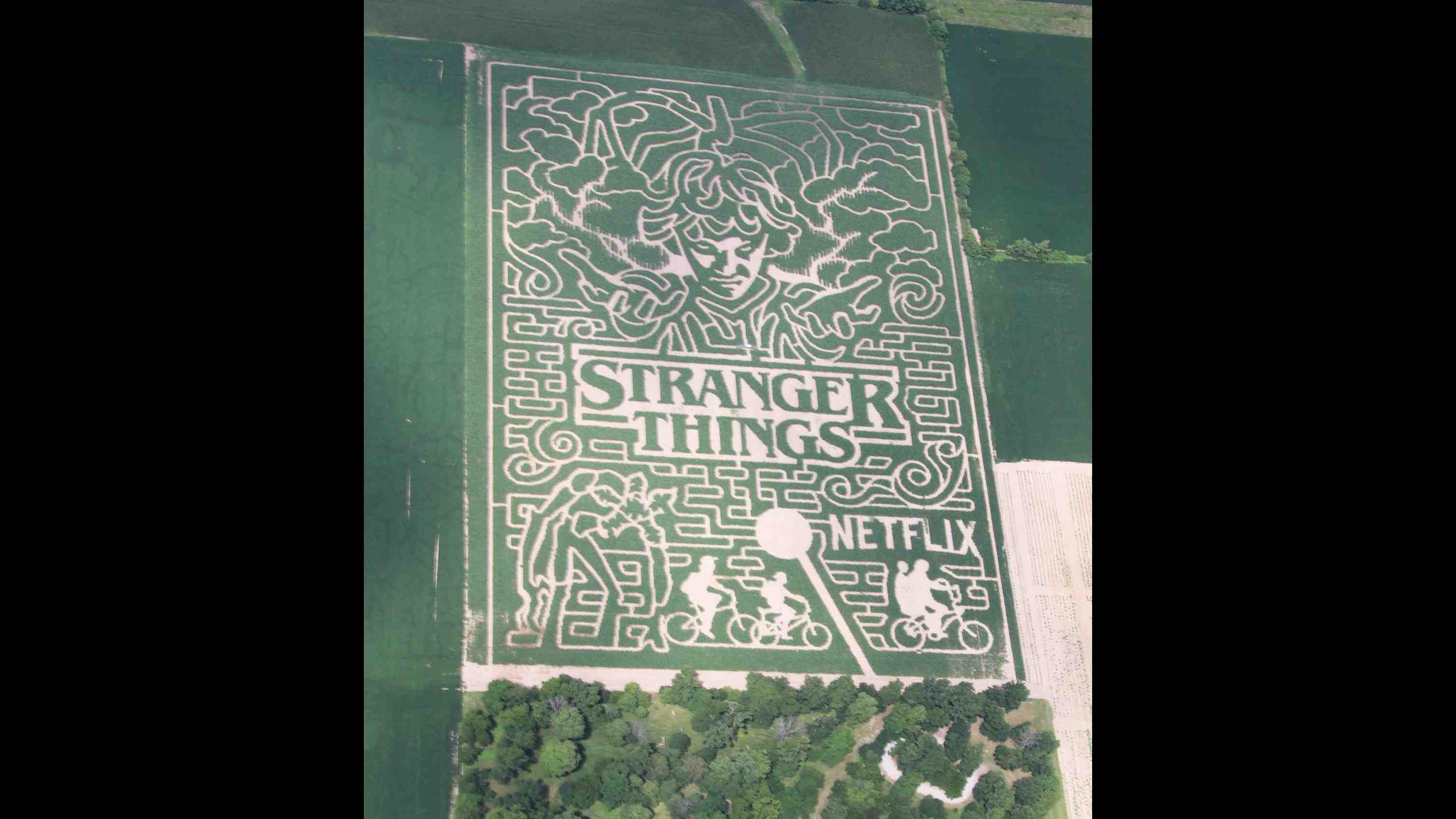 The size of the maze is about 20 acres, which is about 15 football fields. The paths within come out to over 10 miles. The team set the massive maze in the largest corn and pumpkin patch in the state of northwest Indiana. /VCG Photo 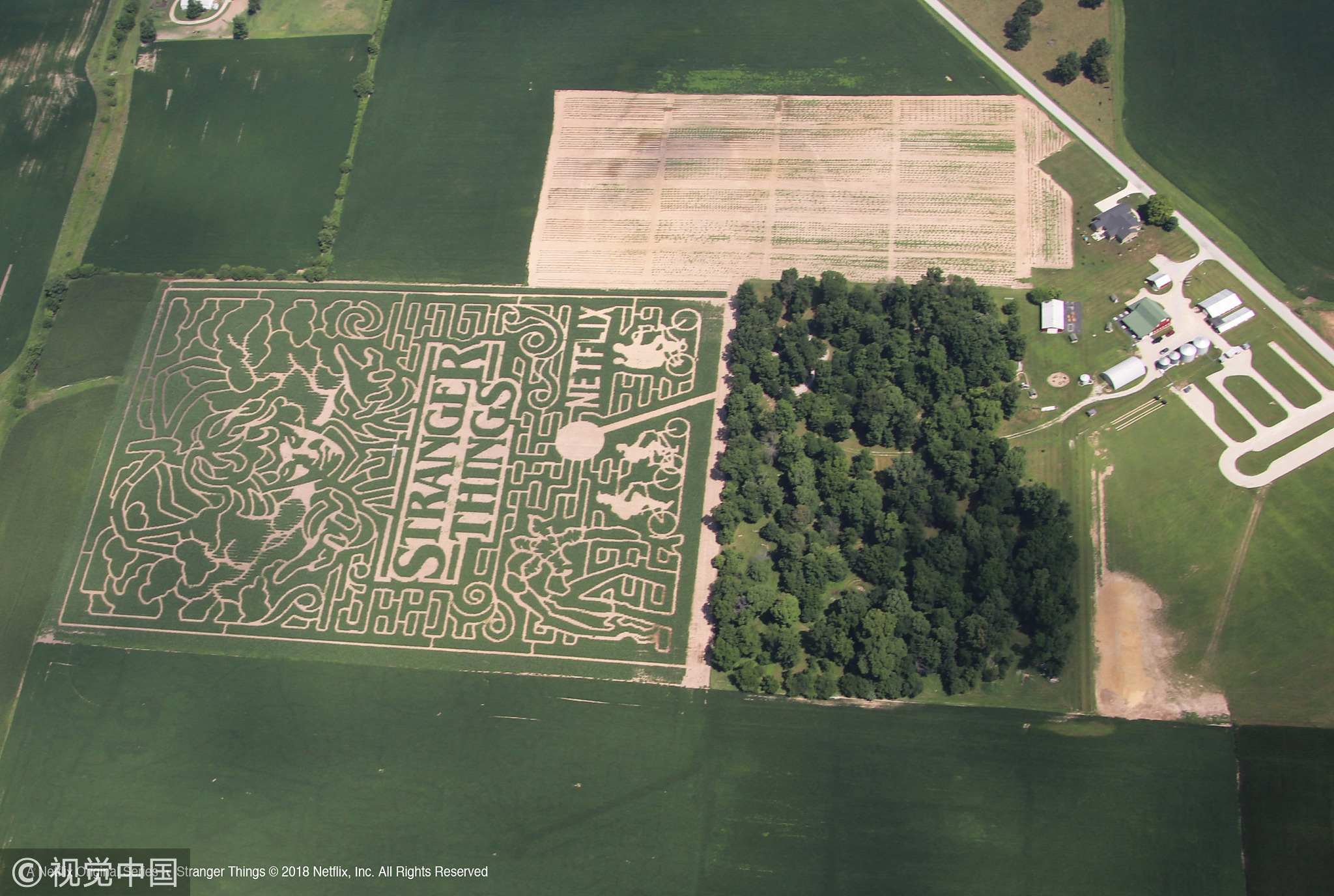 Tim Fitzgerald, president and CEO of the farm, said, "This year, new technology allowed us to plant the maze design like an inkjet printer, dropping seeds into the precise design we imagined." /VCG Photo 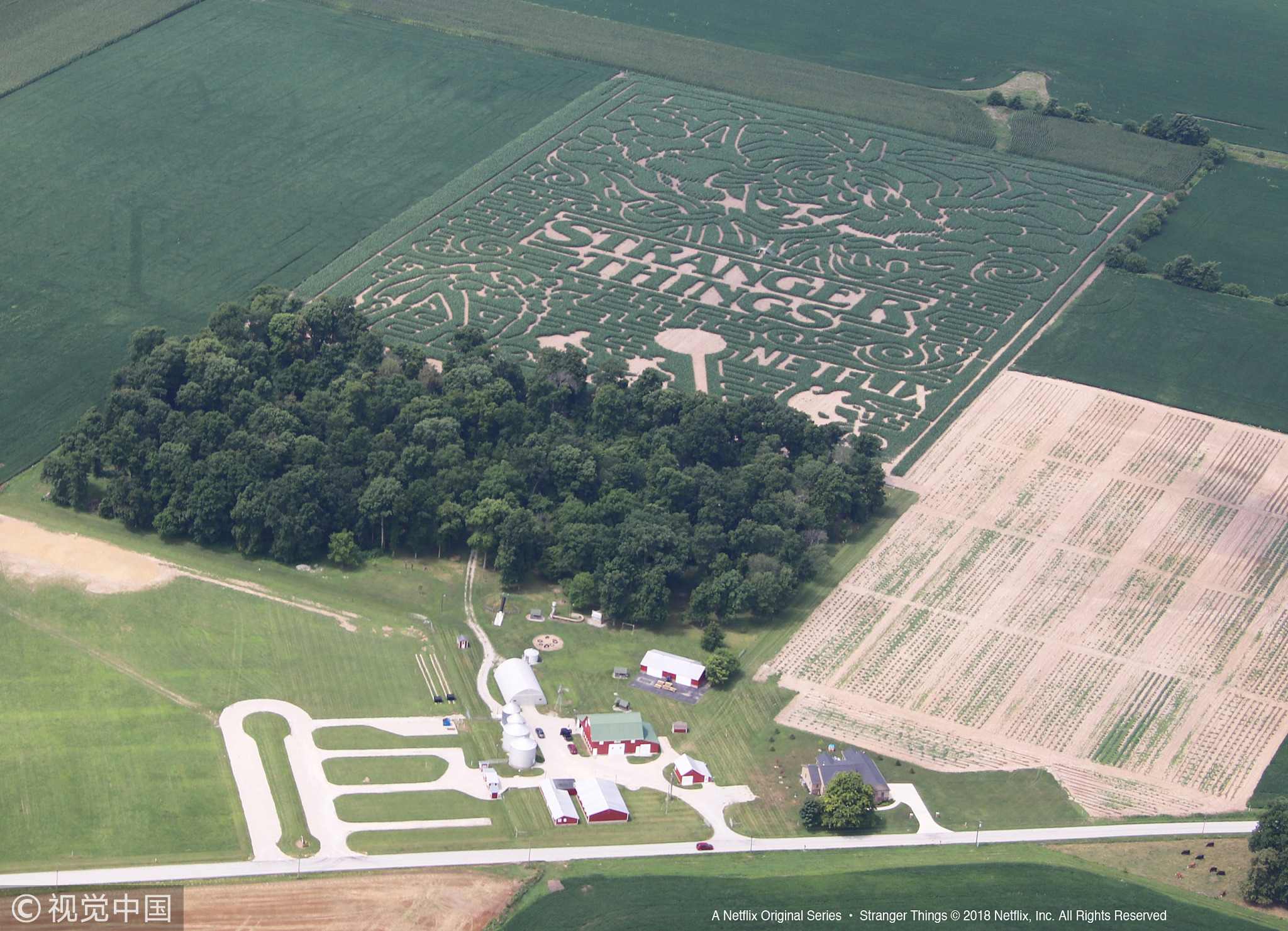 Fitzgerald said that after watching Stranger Things last year, he decided to create an immersive environment for the fans. The maze will open for the 2018 season from Sept. 14 to Oct. 28. /VCG Photo