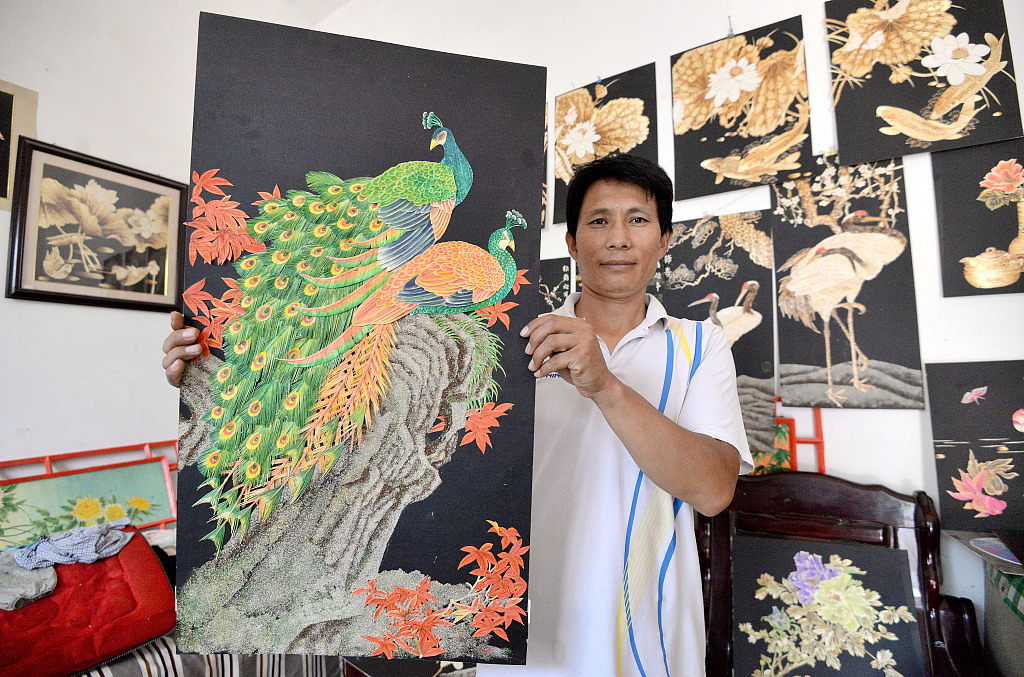 Guo Shunling, 48, is a skilled craftsman from a village in Handan, North China's Hebei Province. Guo lost his hearing at age of 2 due to a serious disease, but this didn't take away his love for painting. 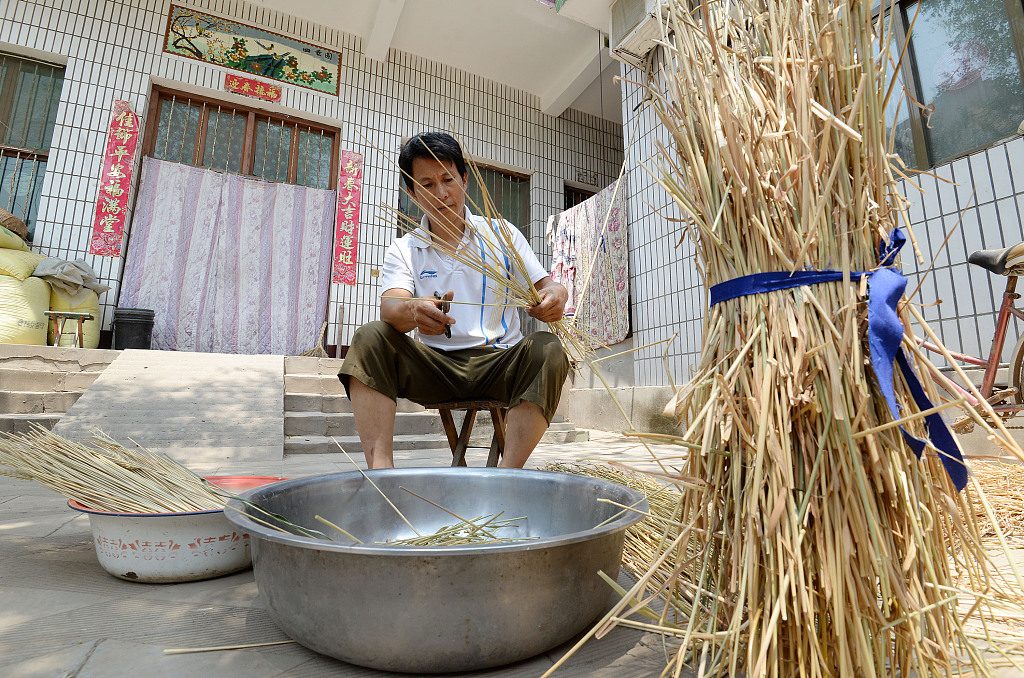 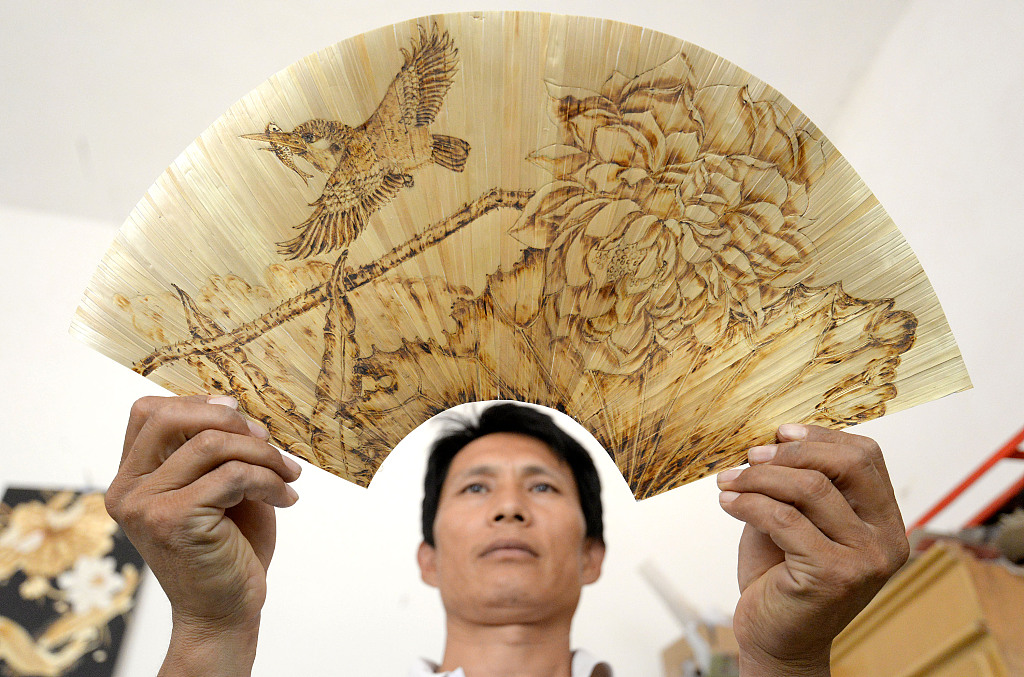 So far, he has already finished more than 2,000 "straw pyrography" pieces, mainly depicting figures, flowers, plants, birds and beasts, with prices ranging from hundreds to thousands of yuan. 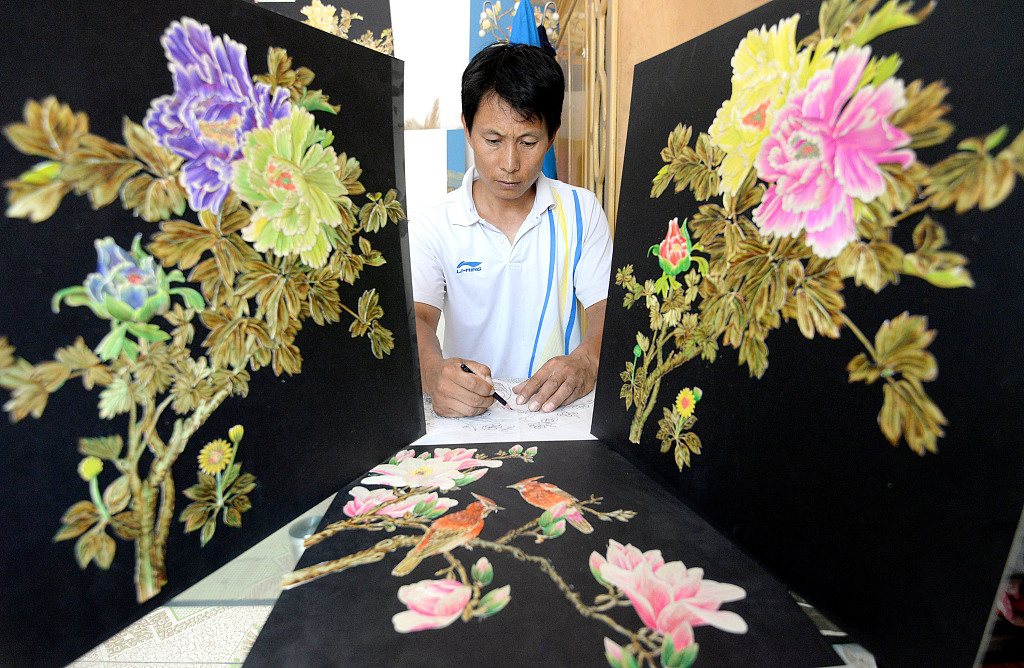 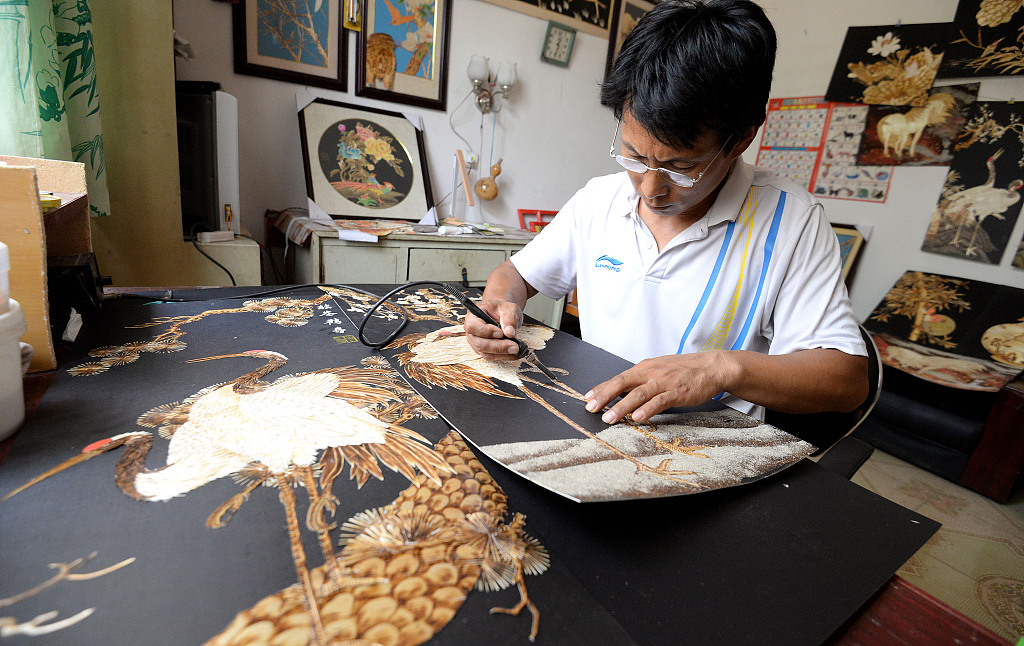 Guo works on a straw pyrograph of red-crowned crane. 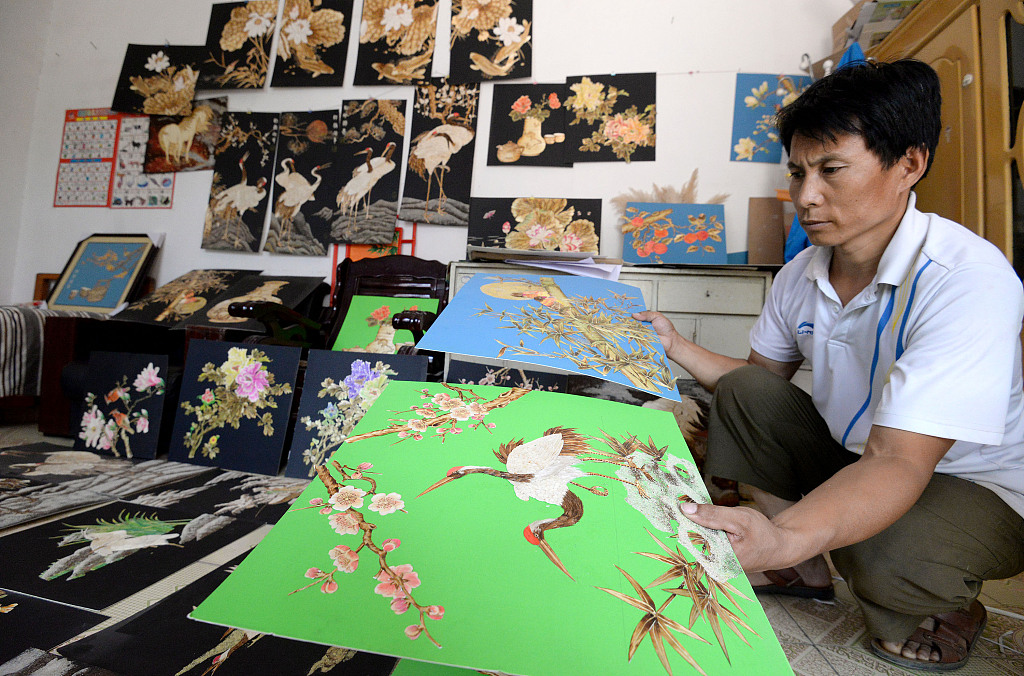