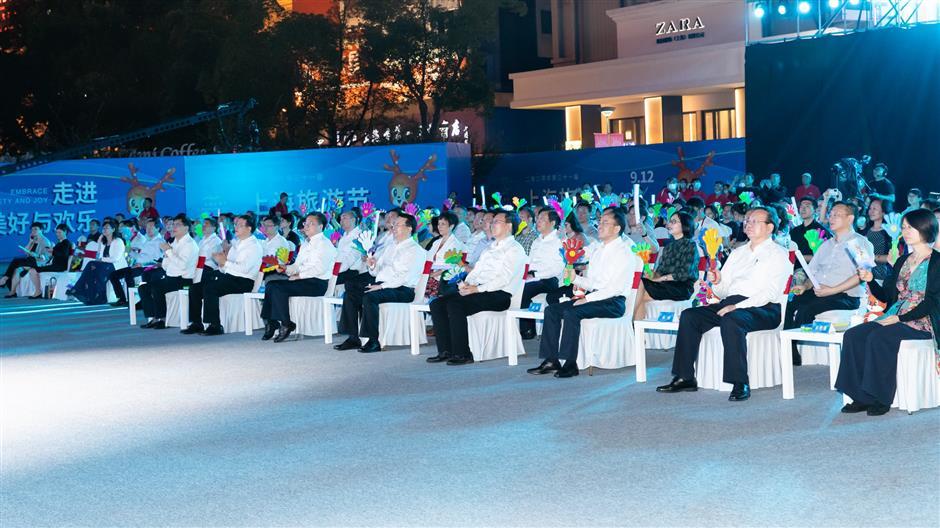 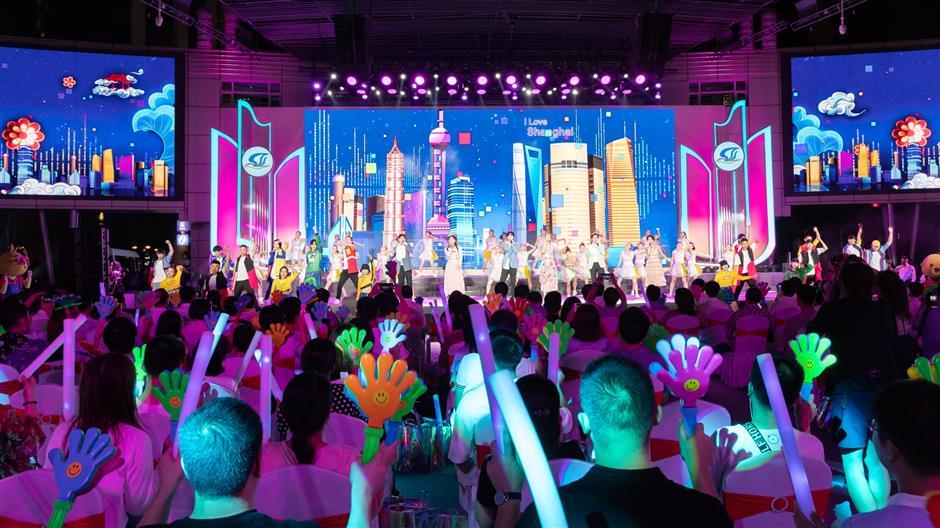 The 31st Shanghai Tourism Festival officially kicked off at Nanjing Road Pedestrian Mall on Saturday night with a 20-minute ceremony that also marked the opening of the eastern extension of the mall.

A Shanghai cultural and tourism promotion video was screened during the ceremony, allowing residents and tourists to experience the splendor of Shanghai.

A "cloud tourism" platform was launched for the first time in the festival's history, enabling people to participate in the event with a simple click on a home computer. 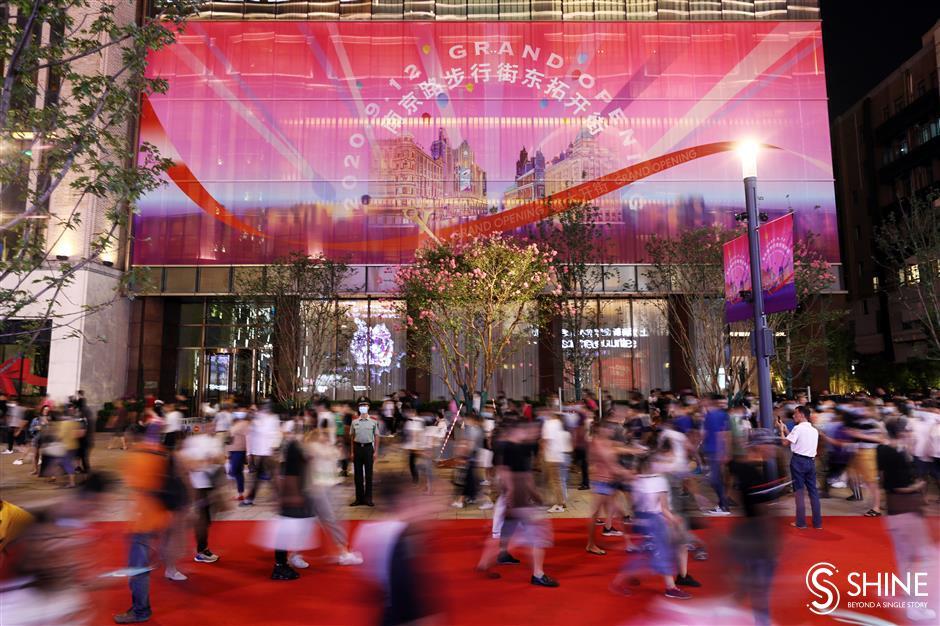 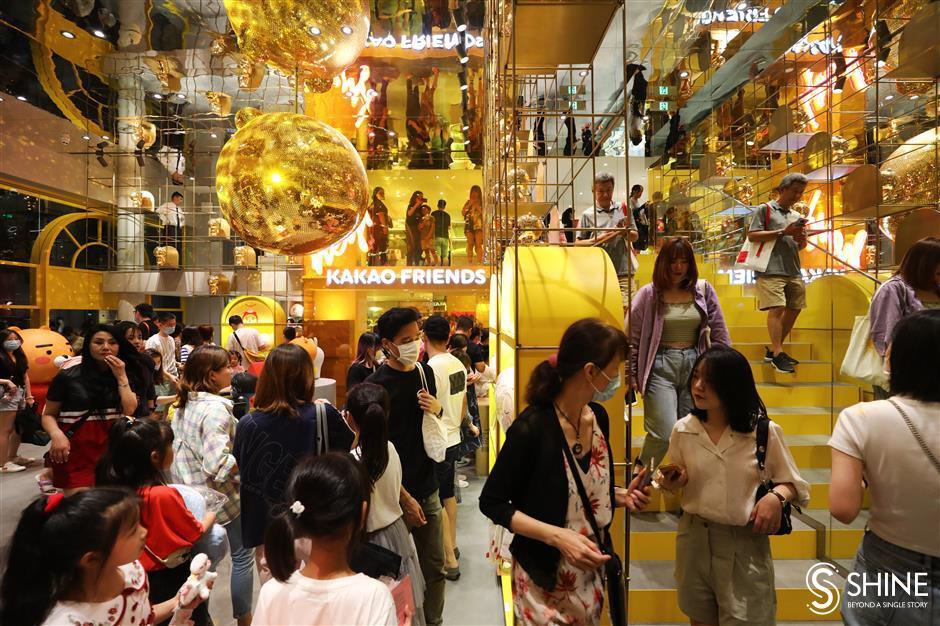 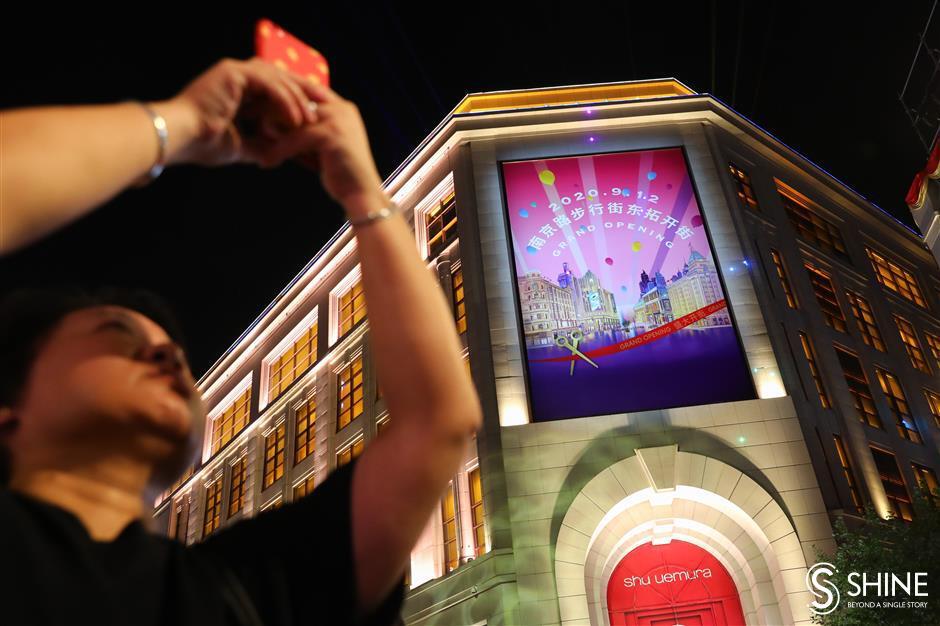 A visitor takes a photo at the eastern extension of Nanjing Road Pedestrian Mall.

Nine video clips with celebrities such as actresses Tang Yan and Ma Yili, actor Zheng Kai, and celebrity livestreamer Li Jiaqi guiding audiences around Shanghai's cultural and tourist landmarks like the Bund and Chongming Island were aired during the ceremony.

Five resident and tourist representatives including Zhong Ming, the first doctor in Shanghai who rushed to Wuhan after the pandemic outbreak and Yang Yu, deputy director of the Memorial Hall of the Site of the First National Congress of the Communist Party of China, jointly launched the ceremony. 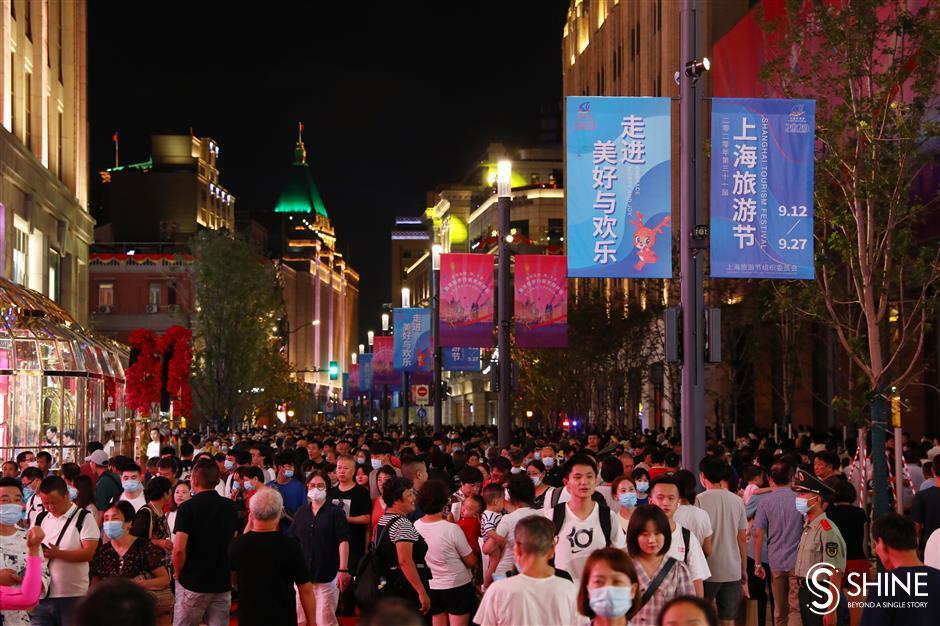 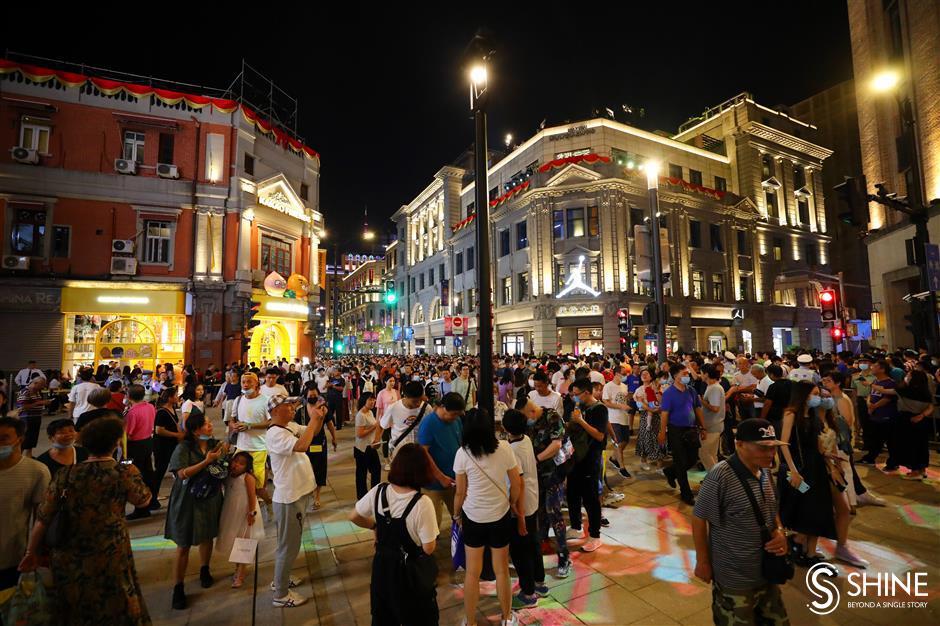 The opening ceremony is popular. 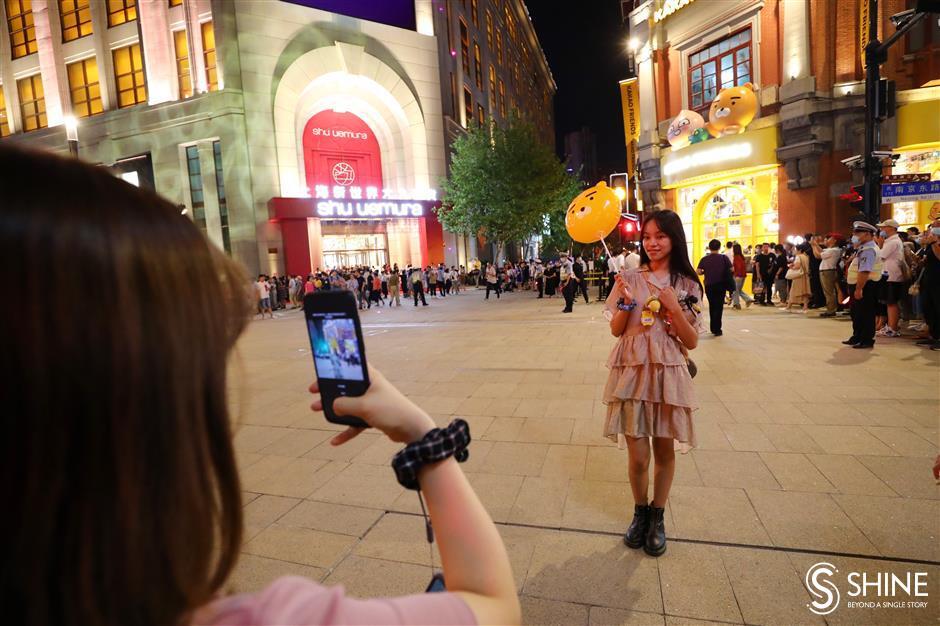 A visitor takes a photo at the eastern extension of Nanjing Road Pedestrian Mall.

The sub-venues of Nantong, Wenzhou and Huangshan cities in the Yangtze River Delta region also displayed their landscapes and staged performances during the ceremony.

The festival will feature activities that include cycling, cruises, light shows and cultrual festivals in Shanghai. Tourists and residents can experience 102 tourist routes and products during the festival from Saturday to September 27. 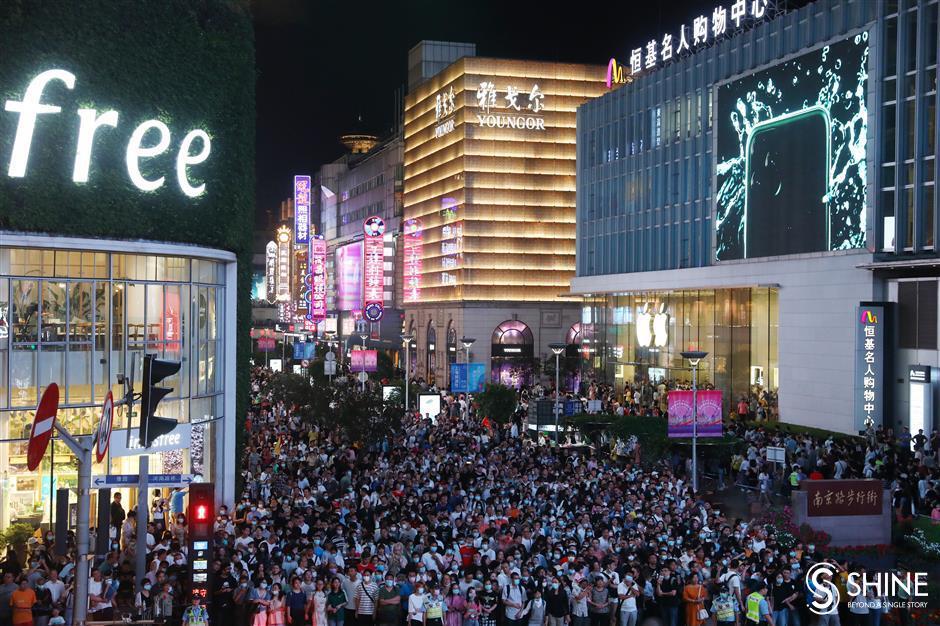 The eastern extension is lit up. 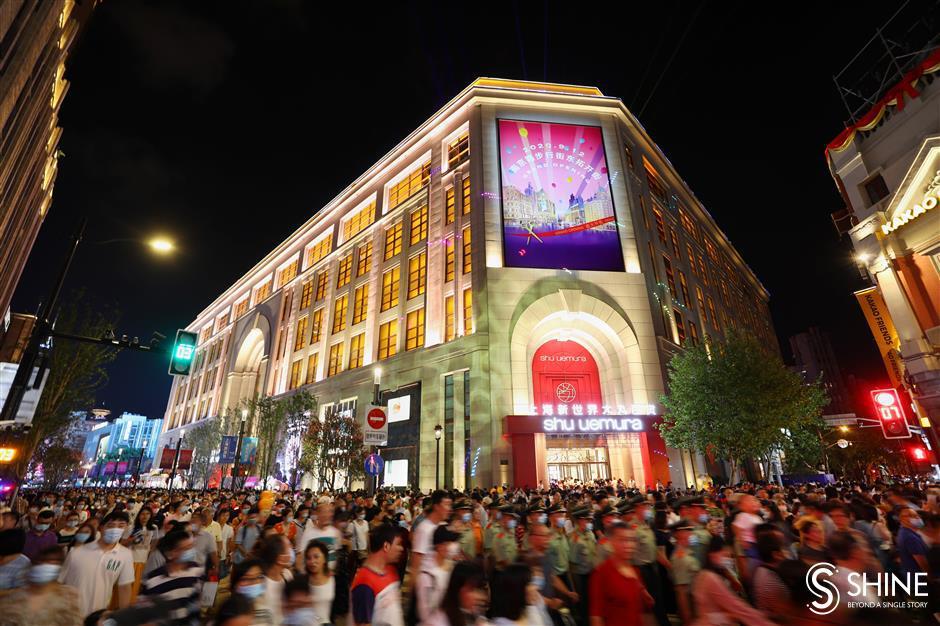 The crowd moves down the extension. 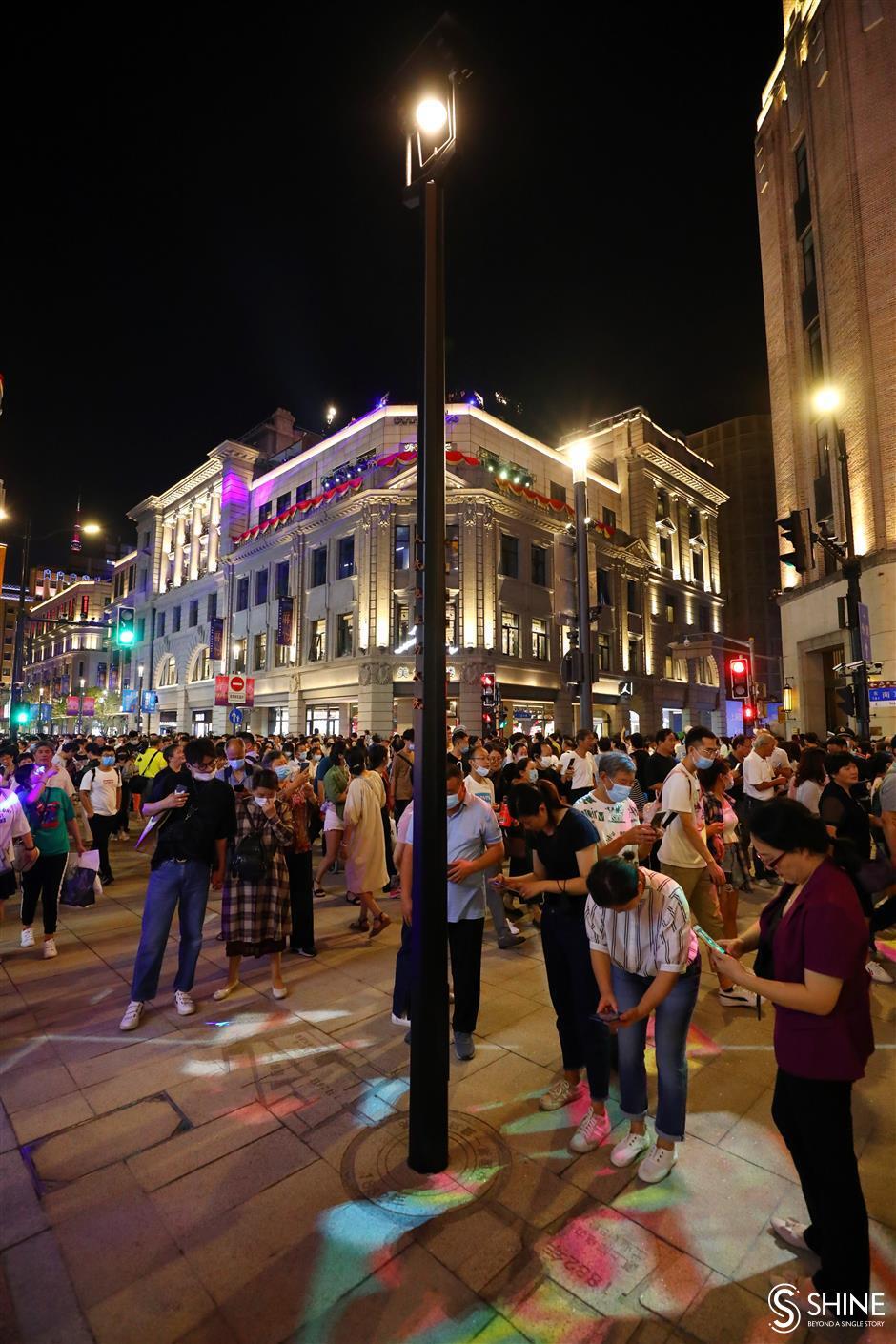