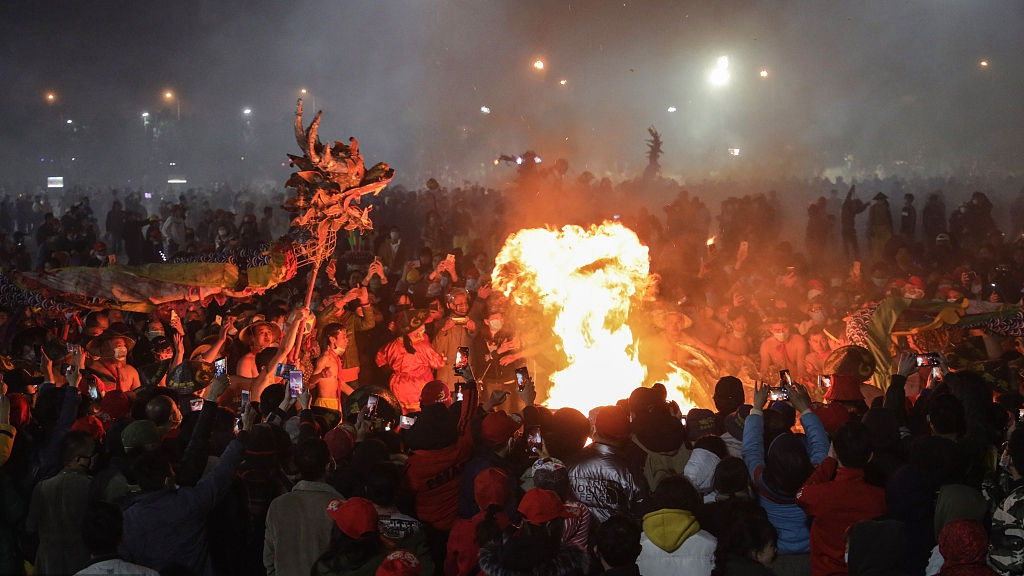 The festival, which falls on the 11th day of the first month of the Lunar New Year, is celebrated by both the ethnic Han and Zhuang people of the region. And it was listed as a national intangible cultural heritage in 2008. /VCG Photo Bare-chested performers usually hold dragons on poles and march among the firecrackers to pray for a happy and prosperous year. It is said that people who cross under the dragon belly during the festival will experience good health and safety during the new year. /VCG Photo